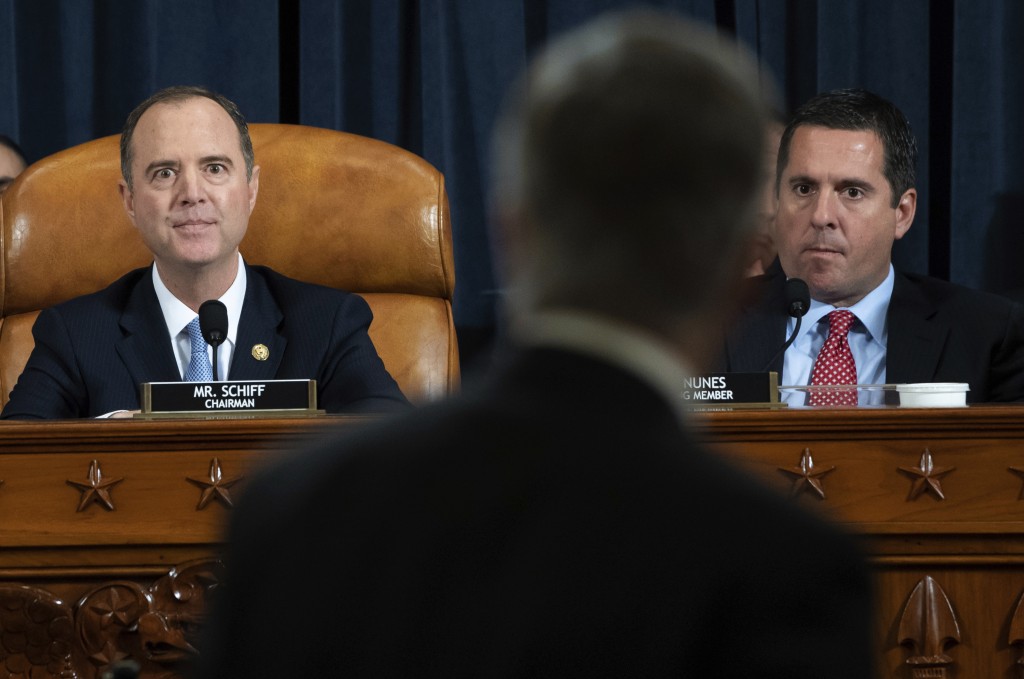 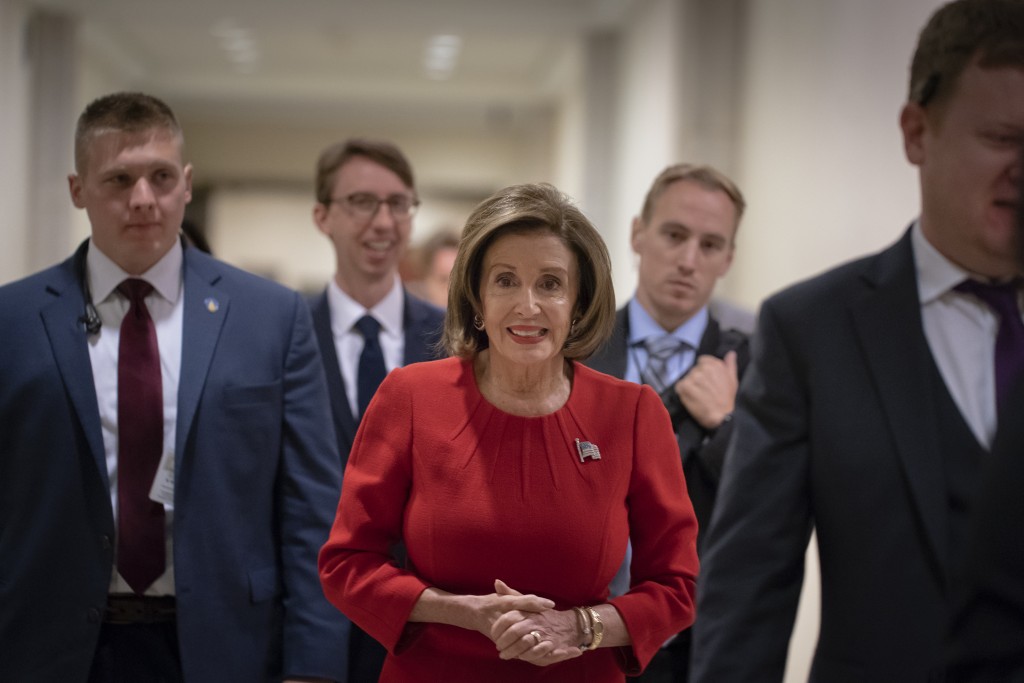 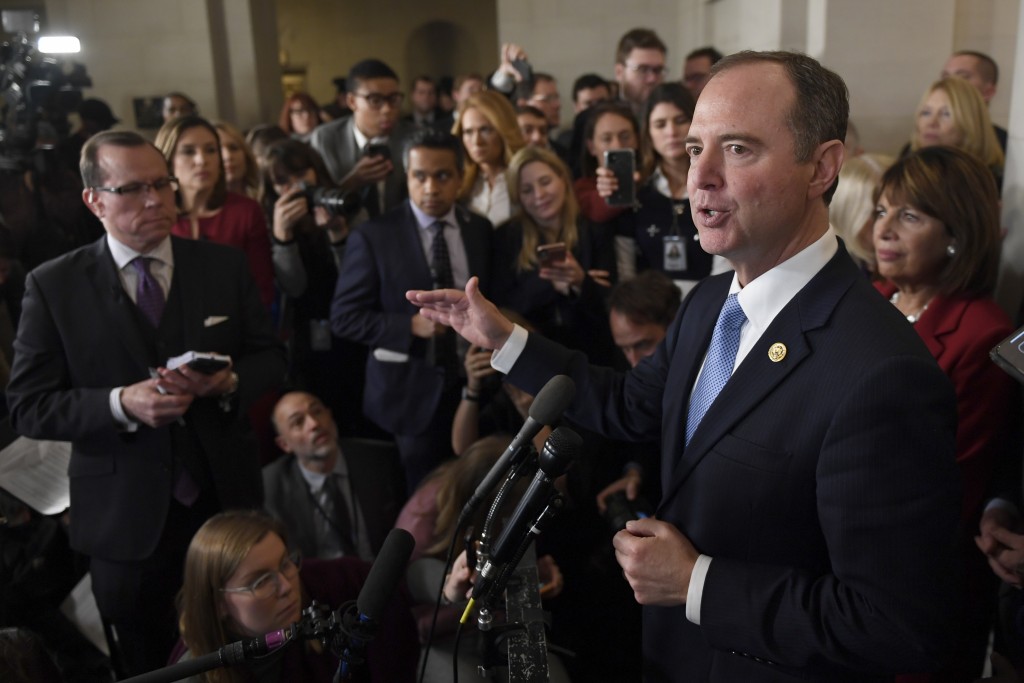 WASHINGTON (AP) — An ambassador, her firing and a pair of fixers.

Those details stand at the center of Marie Yovanovitch’s story, a personal ordeal she’ll relate to Americans and the world Friday as part of the Democrat-driven impeachment inquiry against President Donald Trump.

What led to the career diplomat’s firing, Democrats say, is a key chapter in Trump’s holdup of military aid while he pressured Ukraine to investigate Joe Biden’s son. Republicans dismiss that as not credible.

Was Yovanovitch an obstacle to corruption and casualty of a bribery scheme? Or disloyal to a president fully empowered to choose his own ambassadors?

Congress digs into her testimony at 9 a.m. on the second day of public impeachment hearings against the nation’s 45th president.

Here’s what to know:

THEY CALL HER MASHA

Expect to hear extensive details about Yovanovitch’s biography as Democrats seek to bolster her credibility and suggest that Trump fired her for being a little too effective at her job.

She had twice served as an ambassador — to the Kyrgyz Republic and to Armenia — before being confirmed as the U.S. ambassador to Ukraine in a Senate voice vote in July 2016. Yovanovitch, 60, testified on Oct. 11 that she was told that people were "looking to hurt" her. One senior Ukraine official said she needed to "watch my back." Asked in the private session whether she felt threatened, Yovanovitch replied, “Yes.”

After her firing, more of the story began to come out. Yovanovitch said she was told that the State Department had been under pressure from Trump to remove her from Ukraine since the summer of 2018. At the heart of it was president’s lawyer, Rudy Giuliani, who told Ukrainian journalists that Yovanovitch was pulled from Kyiv because she was part of efforts against the president.

During the private deposition last month, Yovanovitch grew emotional and asked for a break, according to the transcript.

Yovanovitch is a career diplomat who served as a principal deputy assistant secretary for the Bureau of European and Eurasian Affairs, a senior adviser and the dean of the language school at the Foreign Service Institute. She is now working as a senior State Department fellow at Georgetown University.

TRUMP CALLED HER “THE WOMAN”

Watch how Yovanovitch and the president’s defenders — and Trump himself — interact during her testimony.

The president had fired Yovanovitch months before the July 25th phone call in which he pressured Ukraine’s president on the Bidens. Even though she had been gone for months, Yovanovitch clearly was on the president’s mind and connected to his goals in Ukraine. He says he was rooting out corruption generally.

"The former ambassador from the United States, the woman, was bad news," Trump said, according to the rough transcript of the call with Ukraine’s President Volodymyr Zelenskiy. "She's going to go through some things."

It’s unclear what he meant. But the president with a long history of denigrating women who stand up to him says the call was “perfect.”

Listen for mention of Lev Parnas and Igor Fruman, two associates of Giuliani’s arrested at an airport last month while trying to leave the country with one-way tickets.

The businessmen are charged with making illegal campaign contributions while looking to expand their energy business in Ukraine. The core of Giuliani's involvement appears to revolve around his work with them.

Parnas's attorney, Joseph Bondy, sent lawmakers a letter saying Parnas is prepared to answer questions and produce documents for the impeachment inquiry as long as they don't step on his Fifth Amendment rights against self-incrimination.

The president and his allies insist there was “no quid pro quo,” which is Latin for, roughly, an offer of this for that.

But quid pro quo is not in the Constitution. “Bribery” is specifically spelled out as a potential ground for presidential impeachment.

So Democrats are shifting to “bribery” to describe Trump’s conduct, though it’s not yet clear whether that charge will form the basis of an article of impeachment.

What’s certain is that Democrats are focused like a laser on making the case for impeachment clear to Americans in a bid to build up public support.

“Quid pro quo: Bribery,” House Speaker Nancy Pelosi said Thursday. “The bribe is to grant or withhold military assistance in return for a public statement of a fake investigation into elections. That's bribery.”

Trump continued to assail the proceedings as “a hoax” on Thursday. House GOP Leader Kevin McCarthy dismissed the witness testimony as hearsay, at best second-hand information.

The president’s re-election campaign says Americans are increasingly behind that defense.