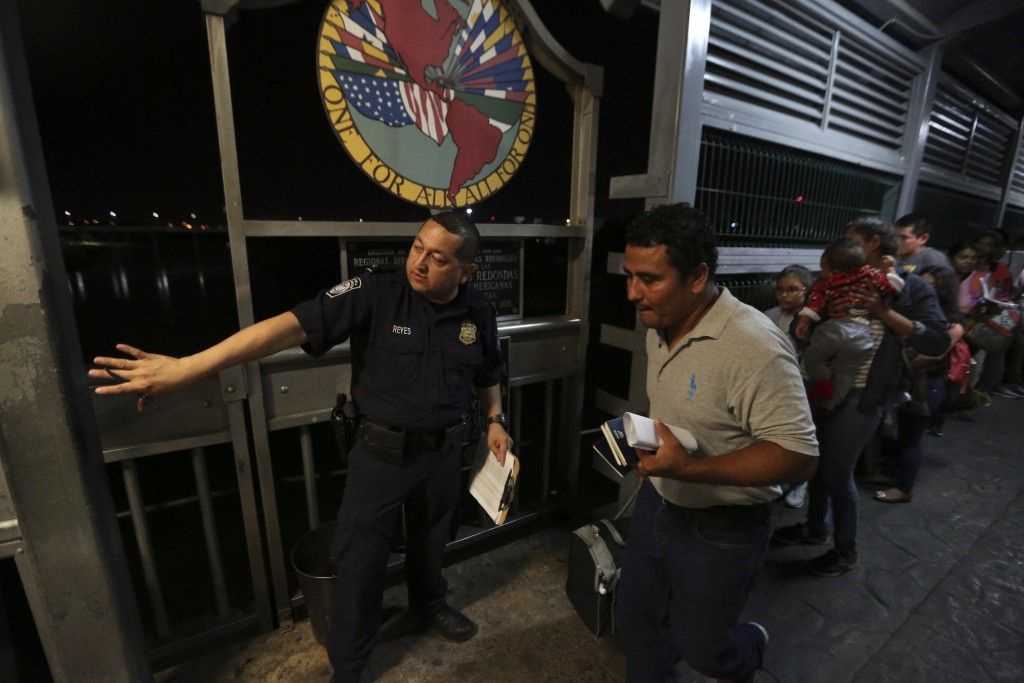 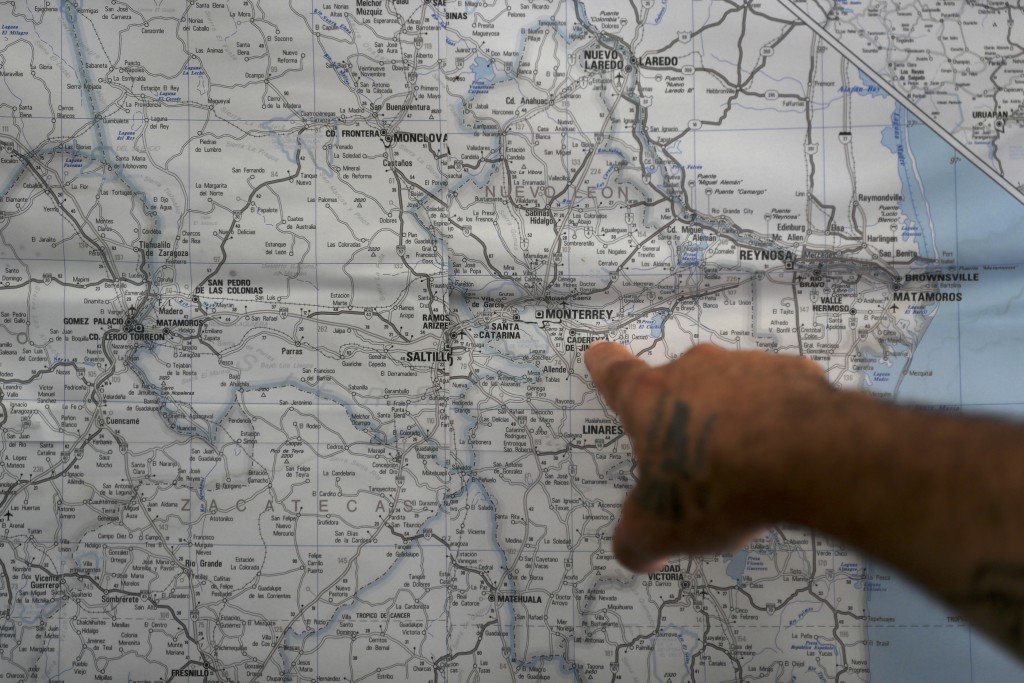 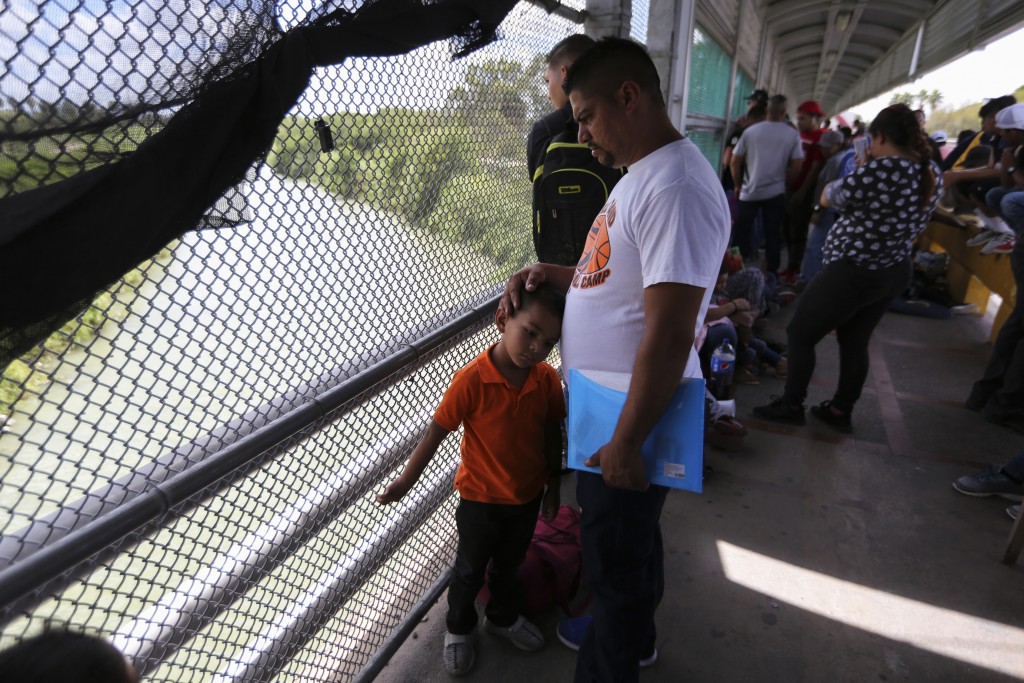 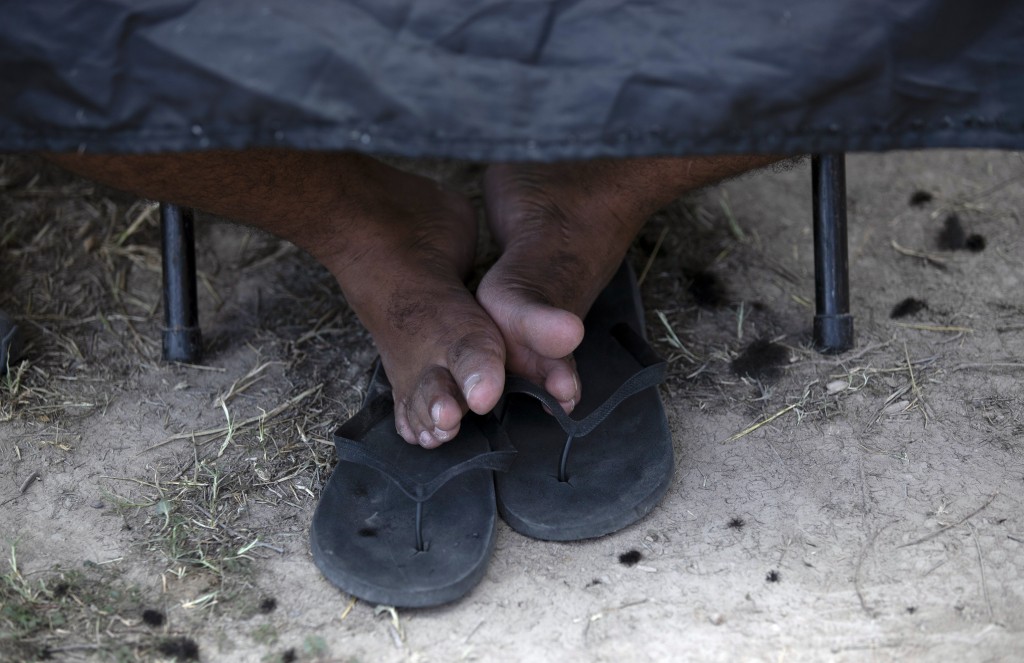 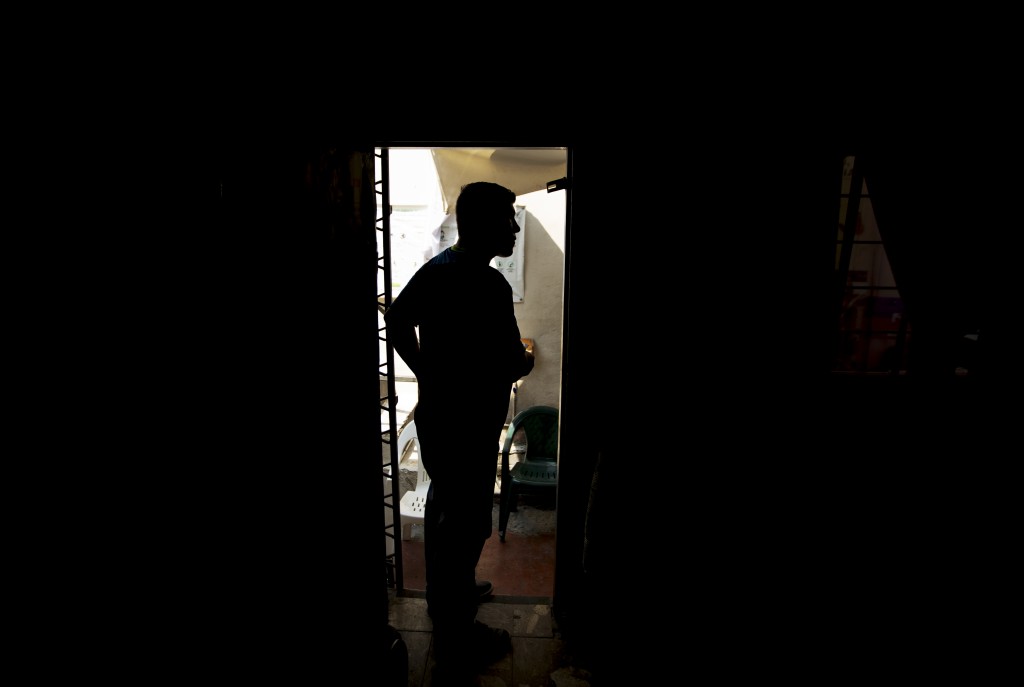 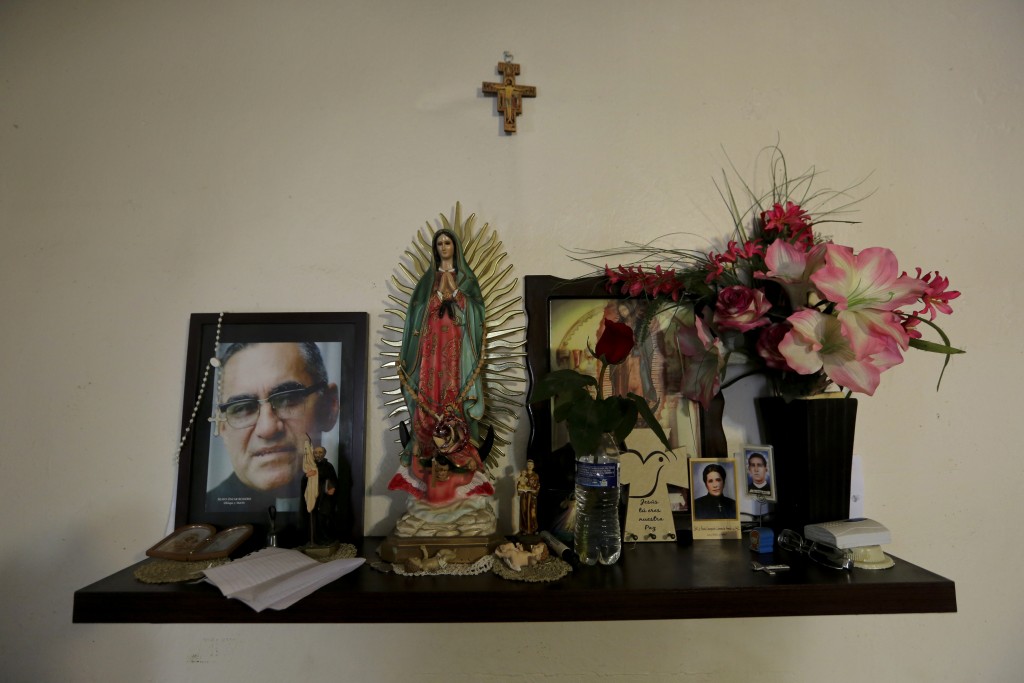 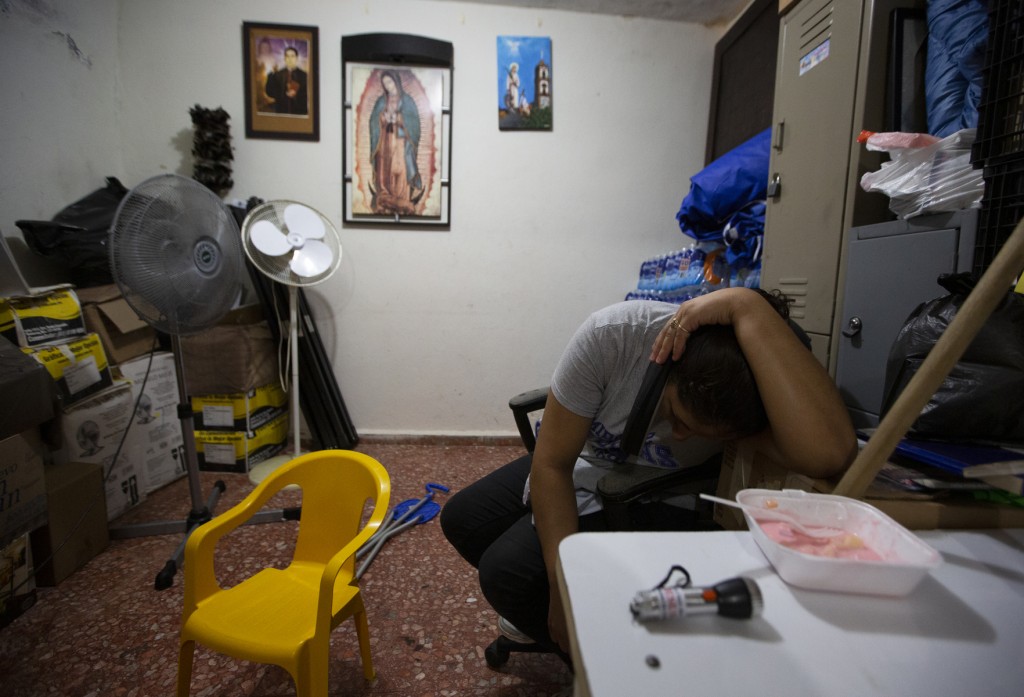 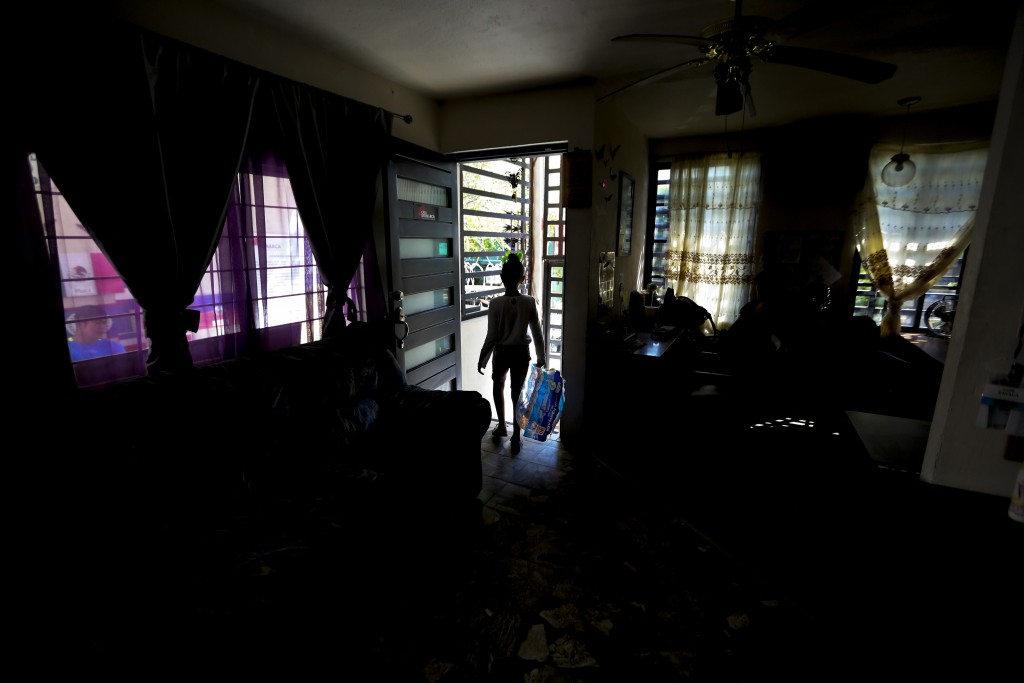 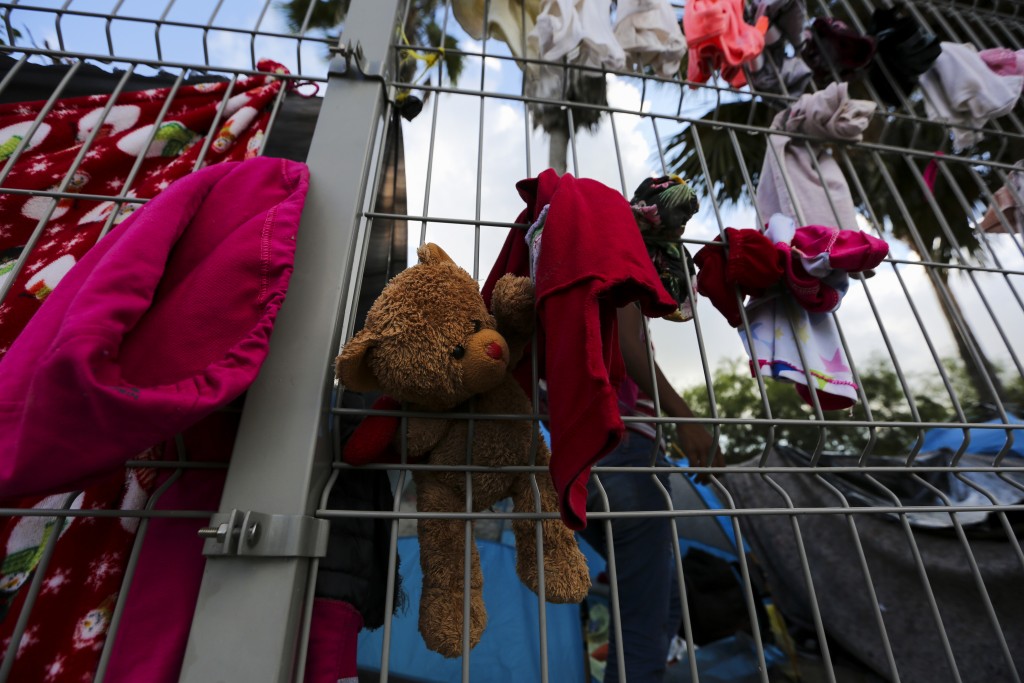 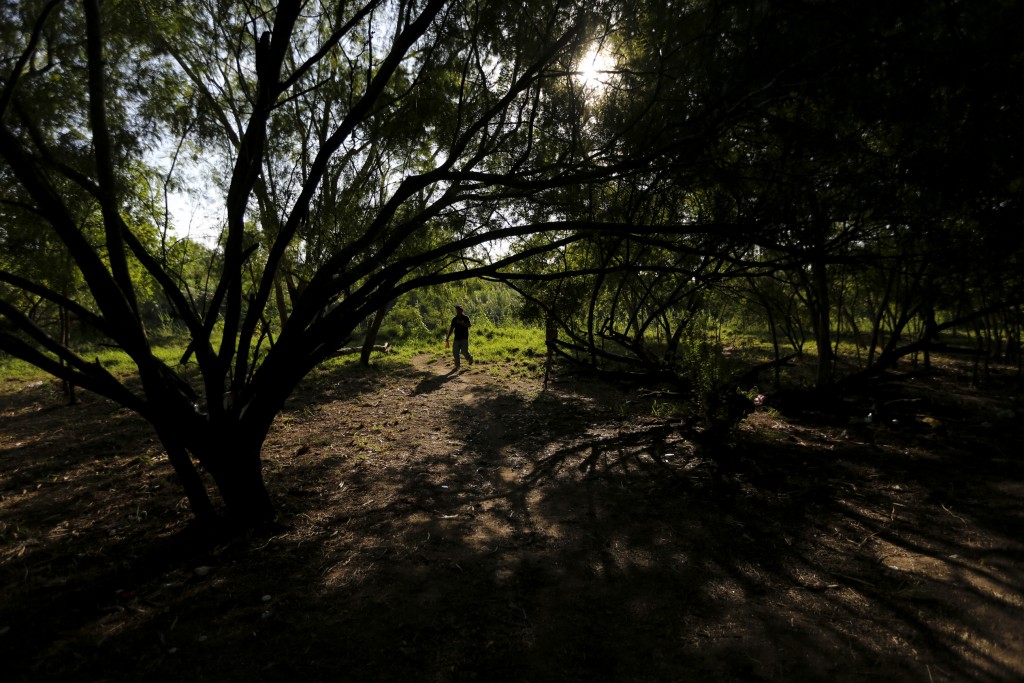 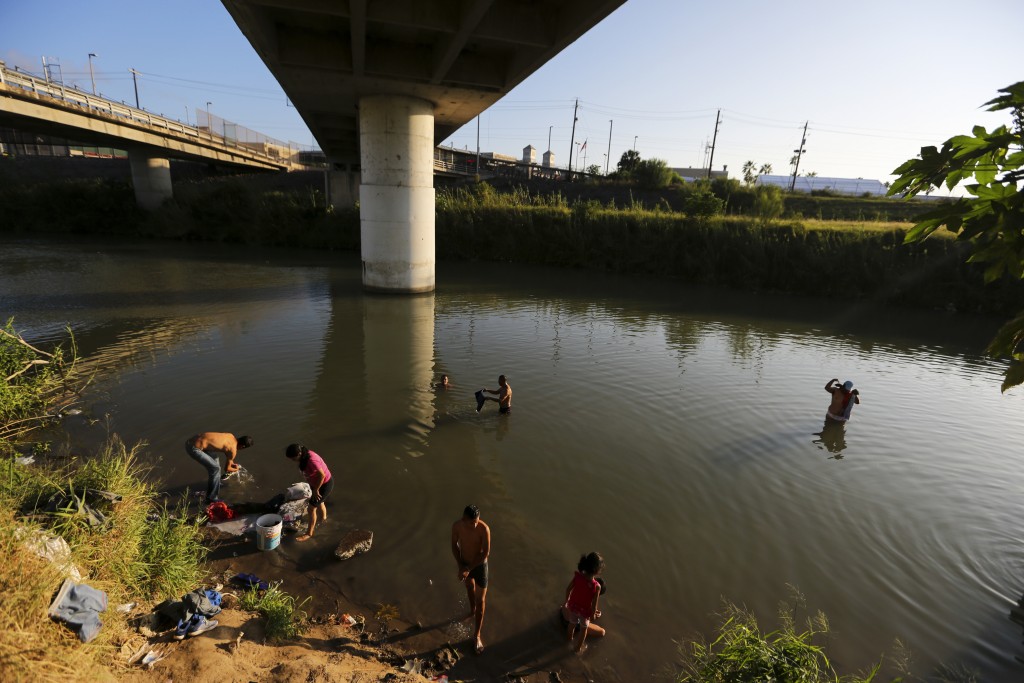 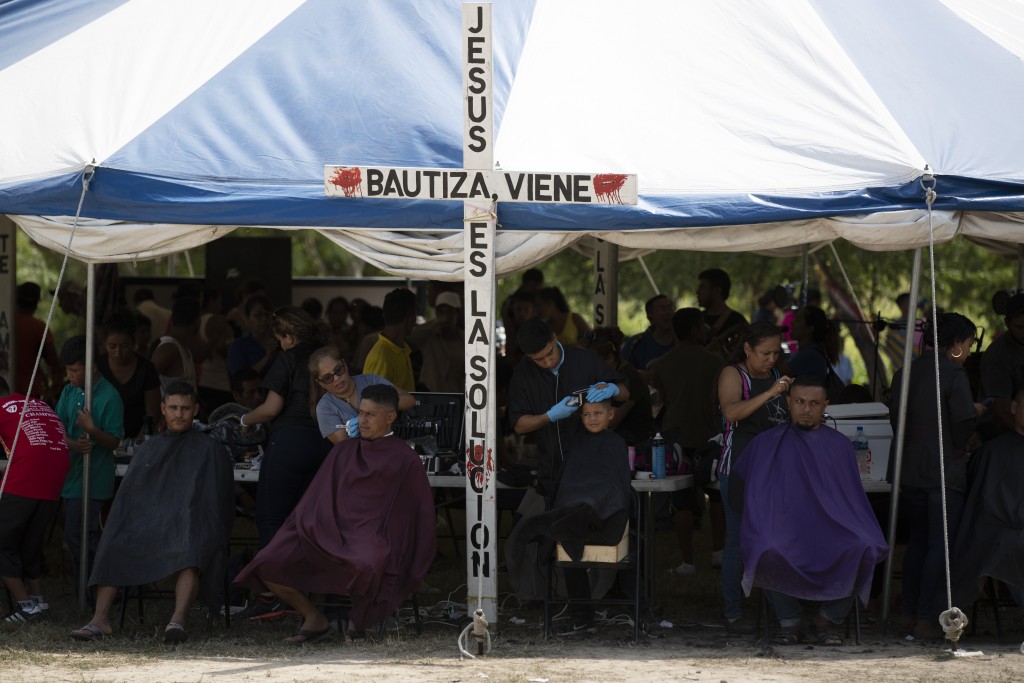 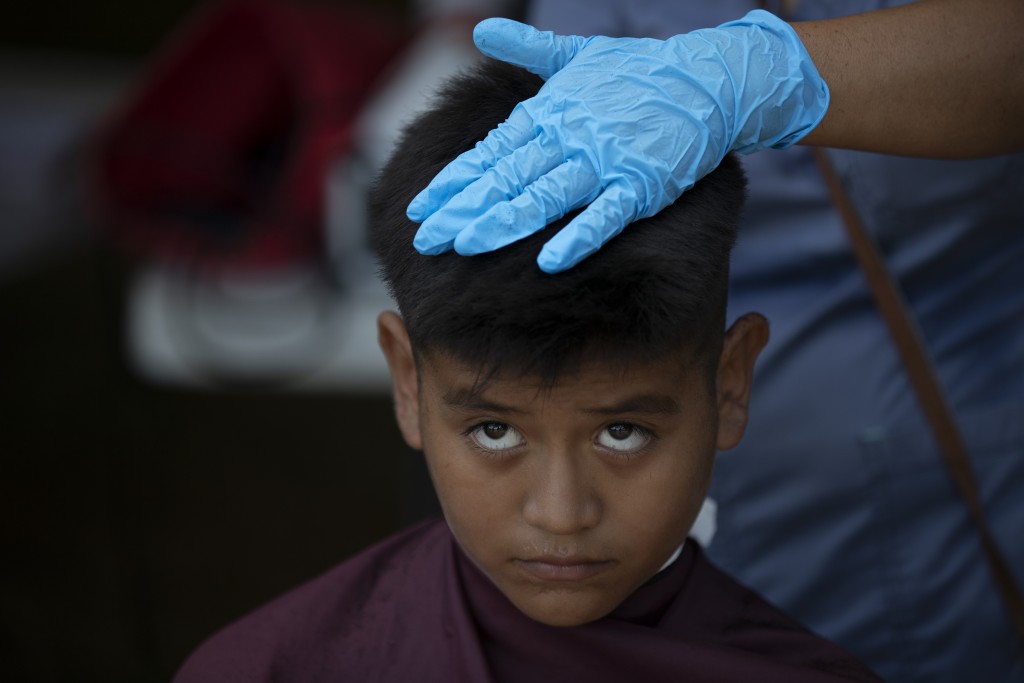 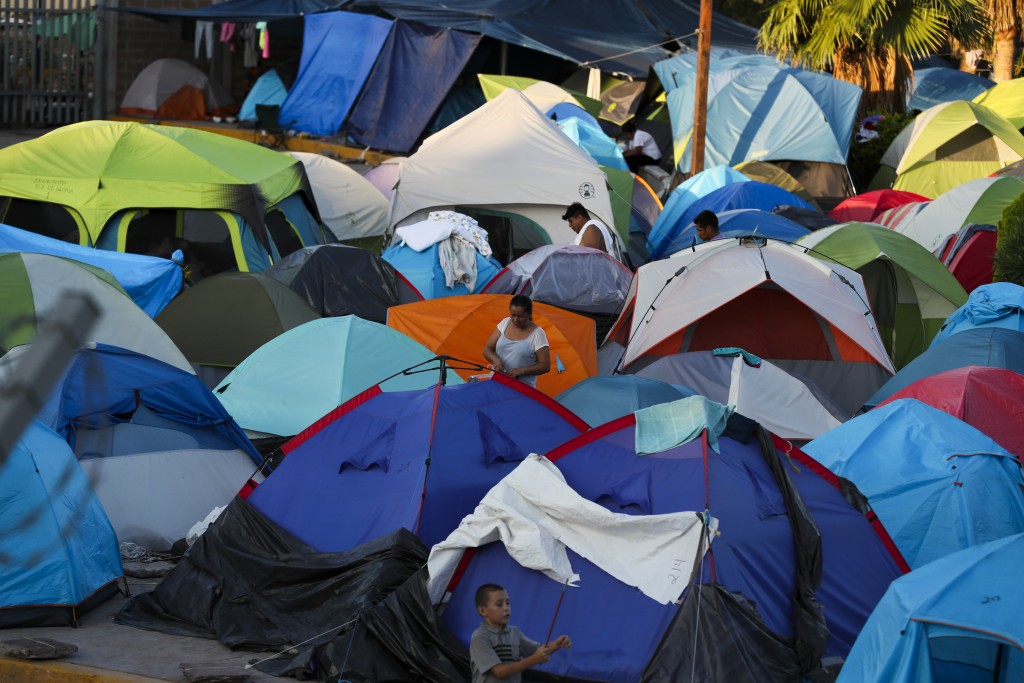 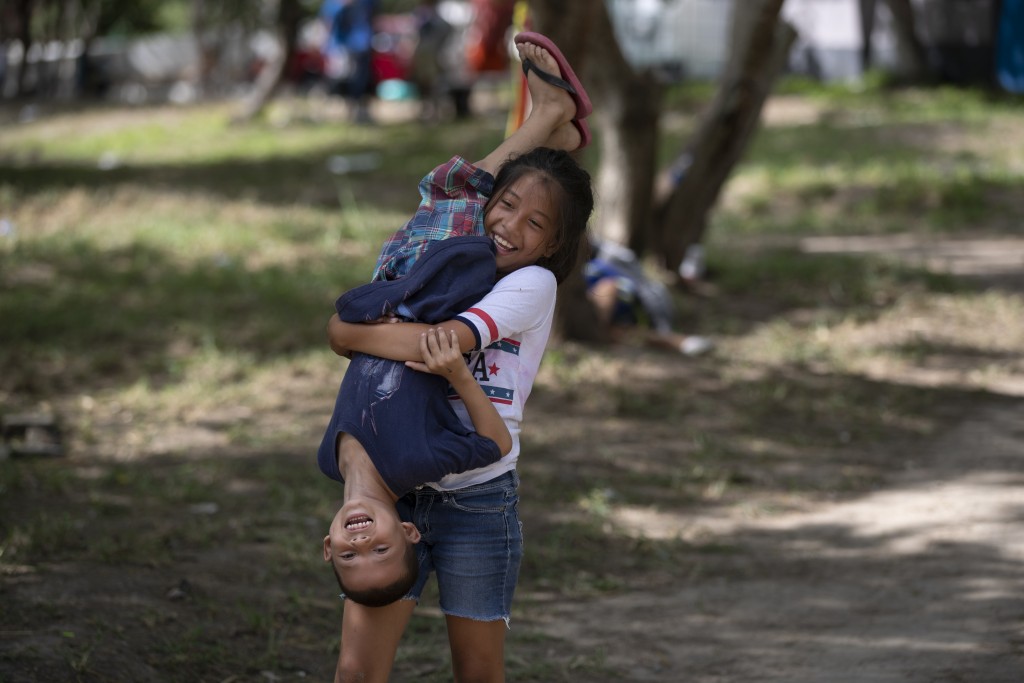 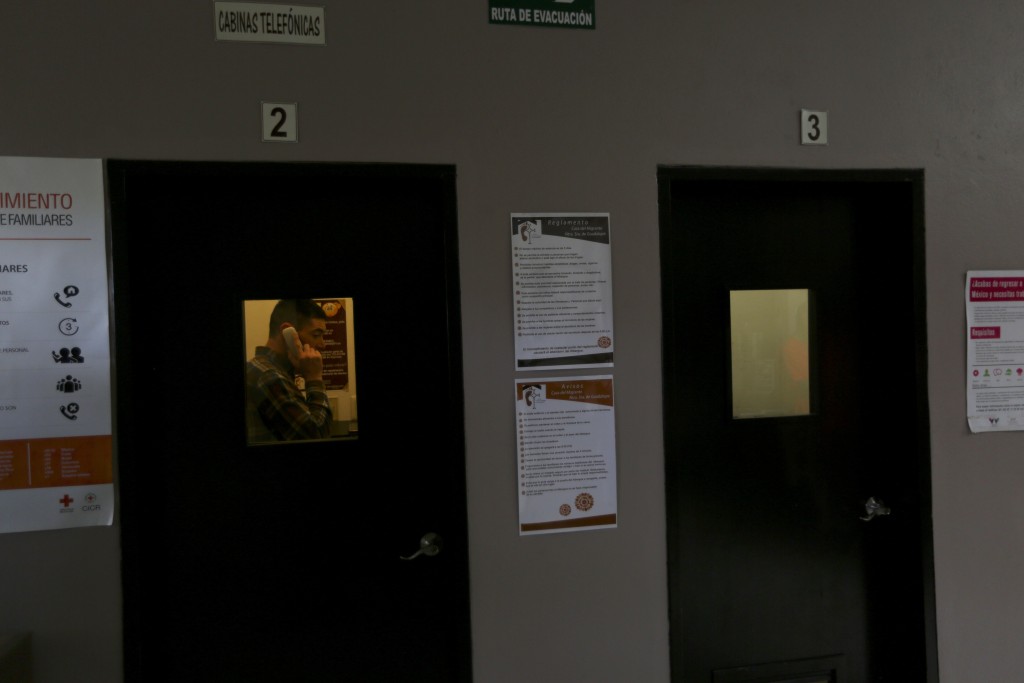 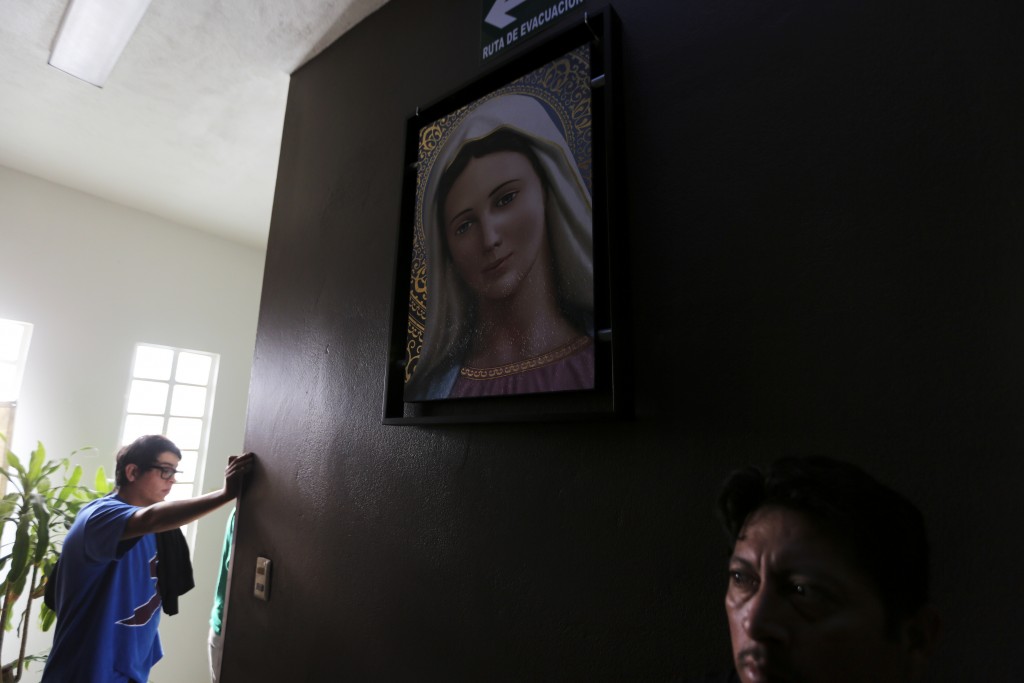 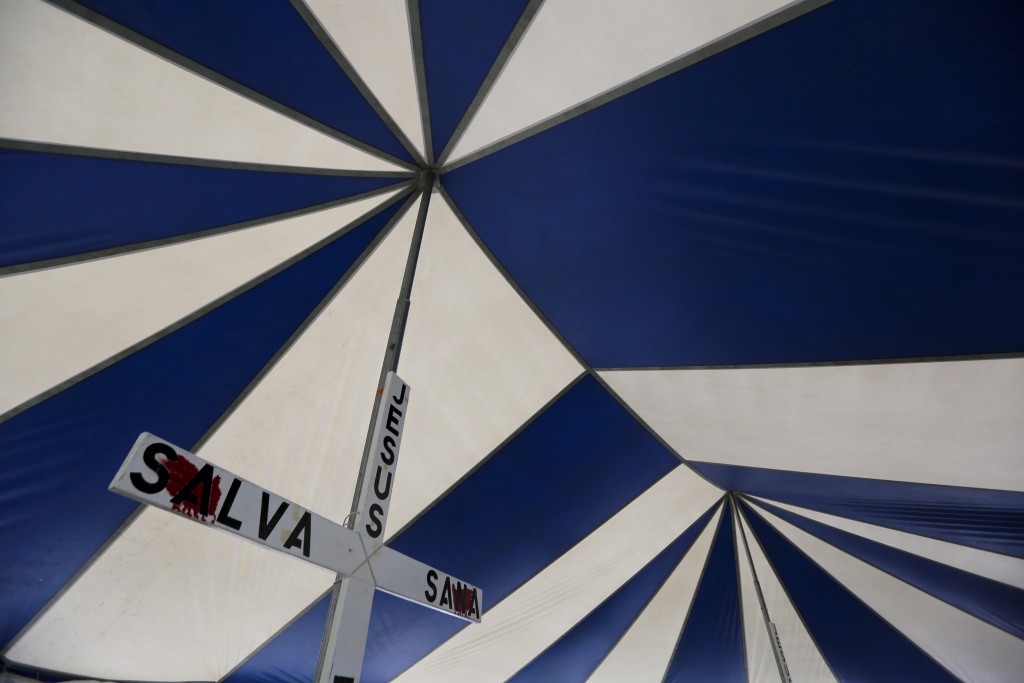 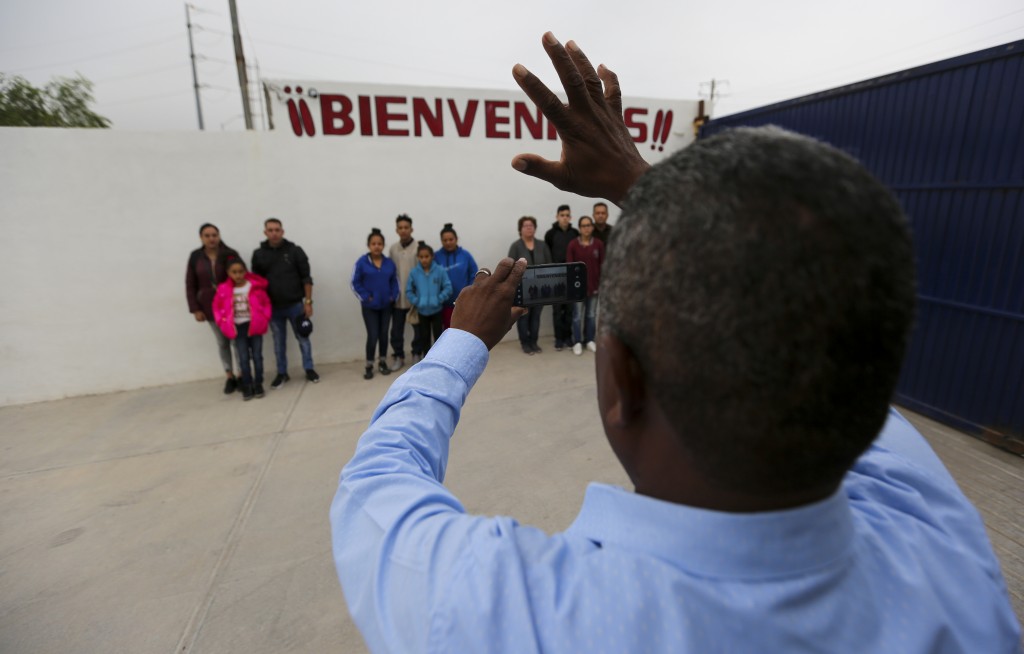 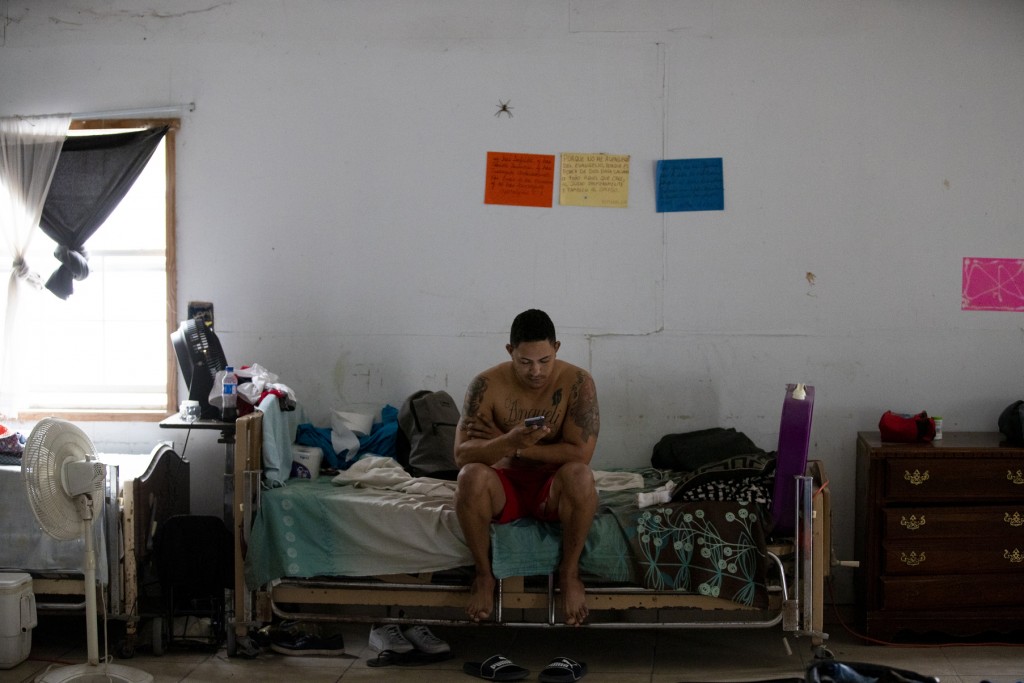 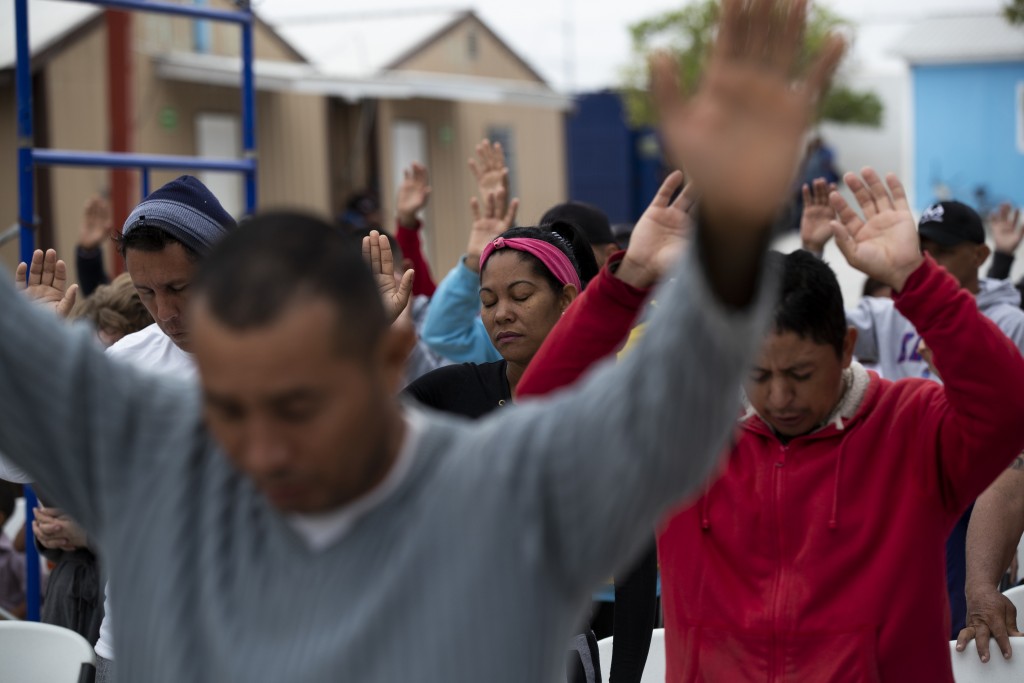 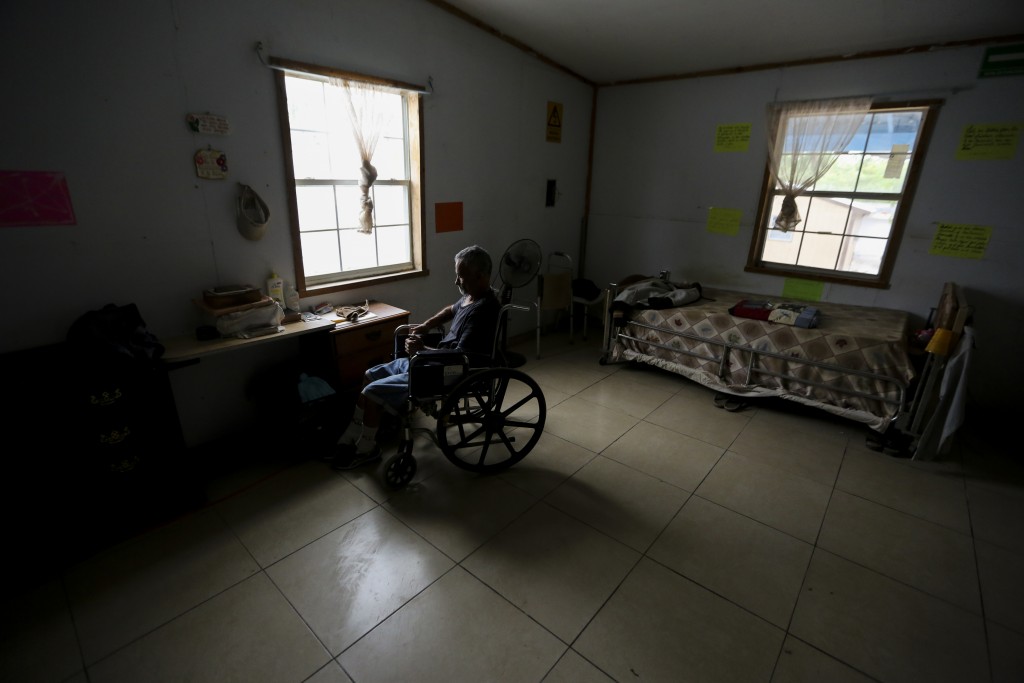 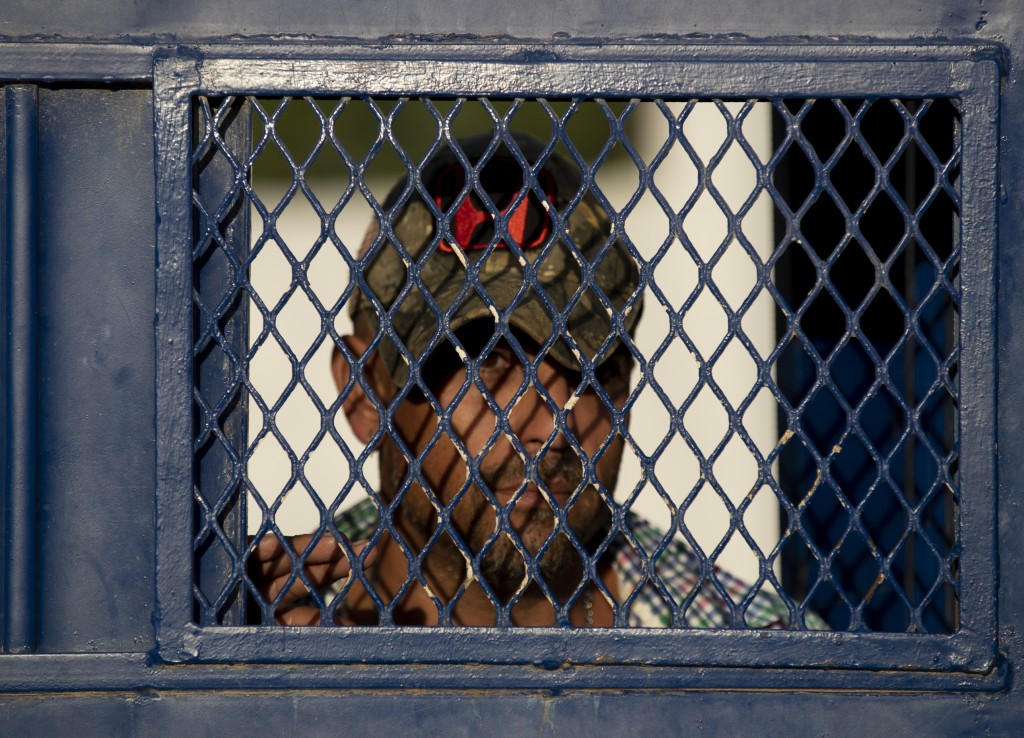 Those are migrants who made it to the United States to ask for asylum, only to be taken into custody and stripped of their laces — to keep them from hurting themselves. And then they were thrust into danger, sent back to the lawless border state of Tamaulipas.

Due to Trump administration policies, they remain there for weeks and sometimes months as they await their U.S. court dates, often in the hands of the gangsters who hold the area in a vice-like grip.

This story is part of an occasional series, “Outsourcing Migrants,” produced with the support of the Pulitzer Center on Crisis Reporting.

Migrants recount harrowing stories of robbery, extortion by criminals and crooked officials, and kidnappings by competing cartels. They tell of being captured by armed bandits who demand a ransom: They can pay for illegal passage to the border, or merely for their freedom, but either way they must pay.

And then they might be nabbed again by another gang. Or, desperate not to return to the homes they fled in the first place, they might willingly pay smugglers once more.

That’s what a 32-year-old Honduran accountant was contemplating. She had twice paid coyotes to help her cross into the U.S. only to be returned. Most recently, in September, she was sent back across the bridge from Brownsville to Matamoros.

Now, biding her time with her daughter in the city of Monterrey, she said one thing is for sure: “We are a little gold mine for the criminals.”

Tamaulipas’ dangers are well known. The U.S. has warned its citizens to stay away, assigning it the same alert level as war-torn countries such as Afghanistan and Syria.

Whenever possible, migrants heading north typically have immediately crossed the river to Texas or presented themselves at a U.S. port of entry to file an asylum claim, which would allow them to stay in the U.S. while their cases played out.

But the U.S. has set severe limits on applicants for asylum. The policy known colloquially as “Remain in Mexico” has meant the return of more than 55,000 asylum-seekers to the country while their requests meander through backlogged courts.

The Mexican government is ill-prepared to handle the influx along the border, especially in Tamaulipas, where it has been arranging bus rides south to the relative safety of the northern city of Monterrey or all the way to the Guatemala border, citing security concerns — tacit acknowledgement, some analysts say, of the state of anarchy.

A spokesperson for the Mexican foreign affairs secretary declined comment.

U.S. Border Patrol officials said they are continuing to send asylum seekers back over the border, including Nuevo Laredo.

Brian Hastings, Border Patrol chief of law enforcement operations, told AP officials didn’t see a “threat to that population” in Tamaulipas and “there was basically a small war between the cartel and the state police” there.

But the danger is real.

As of August, Human Rights First had tabulated 100 violent crimes against returnees. By October, that had more than tripled to 340. Most involved kidnapping and extortion. Kennji Kizuka, a researcher for the group, said the danger is even greater; the numbers are based solely on accounts his organization or reporters have been able to document.

Of dozens of people interviewed by AP who said they had been victimized in Nuevo Laredo, Reynosa, Matamoros and Monterrey, just one had filed a police report.

The story of Yohan and his family is typical. A 31-year-old Nicaraguan security guard, Yohan trudged back across the border bridge from Laredo, Texas, in July with his wife and two children in tow, clutching a plastic case full of documents including one with a court date to return and make their asylum claim to a U.S. immigration judge two months later.

They had left Esteli in northwestern Nicaragua over three months earlier after armed, government-aligned civilian militias learned that Yohan had witnessed the killing of a government opponent, he said. They followed him and painted death threats on the walls of their home.

In Nuevo Laredo, two strange men stopped Yohan while another group grabbed his loved ones. At least one of them had a gun. They were hustled into a van, relieved of their belongings and told they had a choice: Pay thousands of dollars for freedom, or for another illegal crossing.

They were was held in a series of what appeared to be private homes or offices, along with a family from El Salvador, two Cubans and two Mexicans. Everyone slept on the floor.

Initially the captors demanded $16,000. But Yohan’s family was able to scrape together just $3,000, and that angered the gangsters.

“I’m going to give you to the cartel,” one shouted.

Then Yohan’s son came down with the mumps. The captors provided a bit of extra milk for him in exchange for his sister’s little gold ring, but the boy wasn’t getting better and they abruptly released the family.

“They told us that the cartel doesn’t allow them to hold sick children,” Yohan said.

After 14 days captive and before leaving the safe house, Yohan was given a code phrase: “We already passed through the office, checking.” Only hours later they would need to use it. Arriving at the bus station, a group of strange men tried to grab them. Yohan spoke the six words in Spanish, and they were let go.

On Sept. 22, Yohan’s family returned for their court date, bringing with them a report on the family’s kidnapping. Though U.S. law allows at-risk people to stay, they were sent back to the parking lot of a Mexican immigration facility, surrounded by seedy cantinas and watching eyes.

They made their way to Monterrey, where they are being sheltered by a nonprofit as they await their turn to plead for asylum.

Peter Orsi in Mexico City and Colleen Long in Washington contributed to this report.