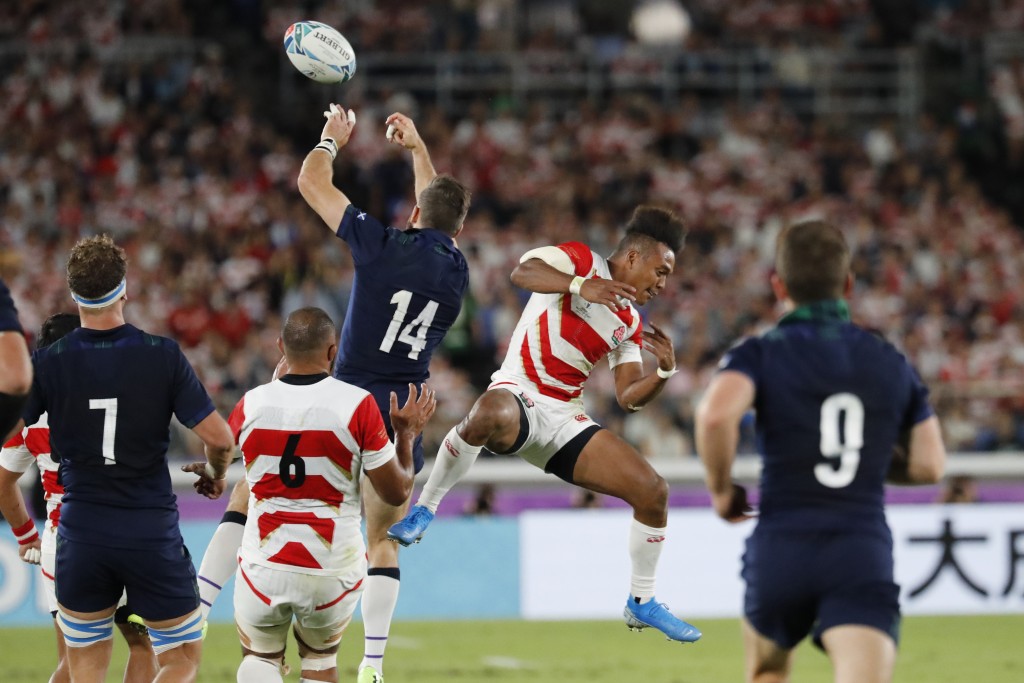 DUBLIN (AP) — The Scottish Rugby Union “has expressed its regret” to World Rugby for misconduct before its World Cup pool game against Japan last month.

World Rugby’s brief statement on Thursday added the SRU will not challenge rugby’s governing body any further on the issue, and agreed to donate its fine of 70,000 pounds ($89,000).

“The matter is now closed,” World Rugby said without elaborating whether Scotland apologized, as demanded.

The SRU was issued a formal reprimand, the fine, and ordered last week to apologize for what World Rugby considered “inappropriate and ill-judged” comments before the quarterfinal and the landfall of Typhoon Hagibis in Japan.

The winner of the Japan-Scotland pool game on Oct. 13 in Yokohama was guaranteed the last quarterfinal berth, but the match was at risk of being canceled, like three others in the area, because the typhoon was the strongest in 60 years to approach Japan.

SRU chief executive Mark Dodson threatened legal action if the match was scrapped rather than postponed, and criticized tournament organizers and World Rugby for not having contingency plans and for sticking to the regulation that a game be canceled if it can't be played on the scheduled day.

The typhoon killed more than 80 people but the match went ahead on schedule. Japan beat Scotland 28-21.