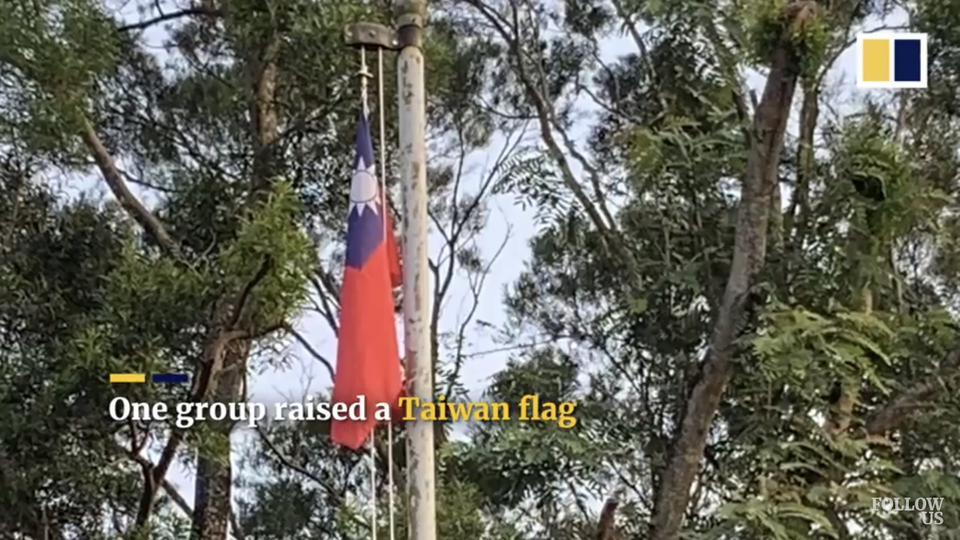 TAIPEI (Taiwan News) — Video and a screen capture of Hong Kong student protesters defiantly raising the Taiwanese flag over a sports field on the campus of the Chinese University of Hong Kong (CUHK) have quickly gone viral.

Violent clashes between pro-democracy student activists and police began at CUHK on Tuesday (Nov. 12), and by Wednesday (Nov. 13), the situation had deteriorated so rapidly the university decided to announce the early termination of the semester, effective immediately. Later that day, the South China Morning Post (SCMP) posted a video showing students at CUHK and Hong Kong Baptist University building barricades and bracing for more battles with police.

In one scene, students at CUHK's Sir Philip Haddon-Cave Sports Field can be seen practicing hurling Molotov cocktails. Next, the camera cuts to the Taiwanese national banner being raised over the same field with the caption reading "One group raised a Taiwan flag."

Astute netizens noted the historical and political significance of raising the Taiwanese flag over CUHK:

"It's not just a "Taiwan flag," it's an ROC flag. 三民主義 [Three Principles of the People] flag, freedom flag. Given the parallels between now and Wuchang 1911, Dr. Sun Yat-sen would approve."

"They probably don’t have enough flagpoles to recognize all the people the CCP has given the shaft to over the years."

"There's historical background to this. Many of the original founders of what is now CUHK were actually die-hard anti-communist intellectuals who fled to HK around the fall of the Republic of China. They would be proud to see that decades later their students are finally engaging communist thugs in a last stand..."

"Raising the Taiwanese flag indicates that there is an alternative path to governance that Chinese people are seeking and fighting for rather than single party rule."

"CUHK should definitely raise ROC flags at the start, the first colleges in CUHK were established by Taiwanese."