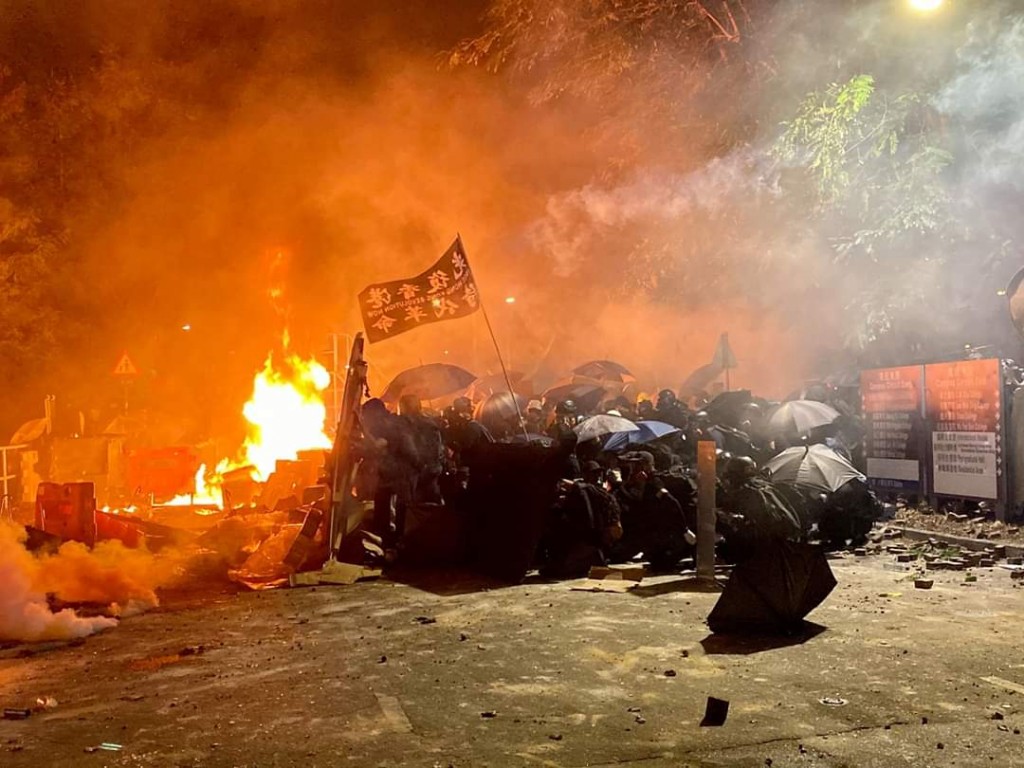 TAIPEI (Taiwan News) — As violence continues at the Chinese University of Hong Kong (CUHK) and other college campuses in the city, the Taiwanese government has assisted with the evacuation of 284 students thus far.

Violent clashes between student protesters and police began at the CUHK on Tuesday (Nov. 12), and by Wednesday (Nov. 13), the situation had deteriorated so much that the university decided to announce the early termination of the semester, effective immediately. On Wednesday night at 10 p.m., the Mainland Affairs Council (MAC) helped 126 Taiwanese students at the university board a China Airlines flight back to Taiwan, reported CNA. Citing safety concerns, Hong Kong's Education Bureau on Wednesday announced that all schools, including kindergartens, would be closed on Thursday (Nov. 14). The MAC stressed that its Hong Kong office would provide assistance to all Taiwanese students attempting to return home.

The council said that tensions in Hong Kong have continued to rise in recent days and that there have been more incidents of police rushing into other universities to suppress student protests. In response to the situation in Hong Kong, the government has set up a task force to keep a close eye on developments and make contingency plans.

The MAC said the Hong Kong office would contact universities to coordinate with them and ensure the safety and security of Taiwanese students. In addition, it would establish a real-time communication channel with Taiwanese student organizations to help arrange accommodations at the request of students. The MAC reminded Taiwanese citizens planning to travel to Hong Kong to visit its page for Hong Kong and Macau on the official website for assistance and support. In addition, Taiwan's representative office in Hong Kong (the Taipei Economic and Cultural Representative Office) has a dedicated 24-hour hotline (852-6143-9012), and the government will make every effort to assist citizens in Hong Kong in the event of an emergency evacuation and other needs.