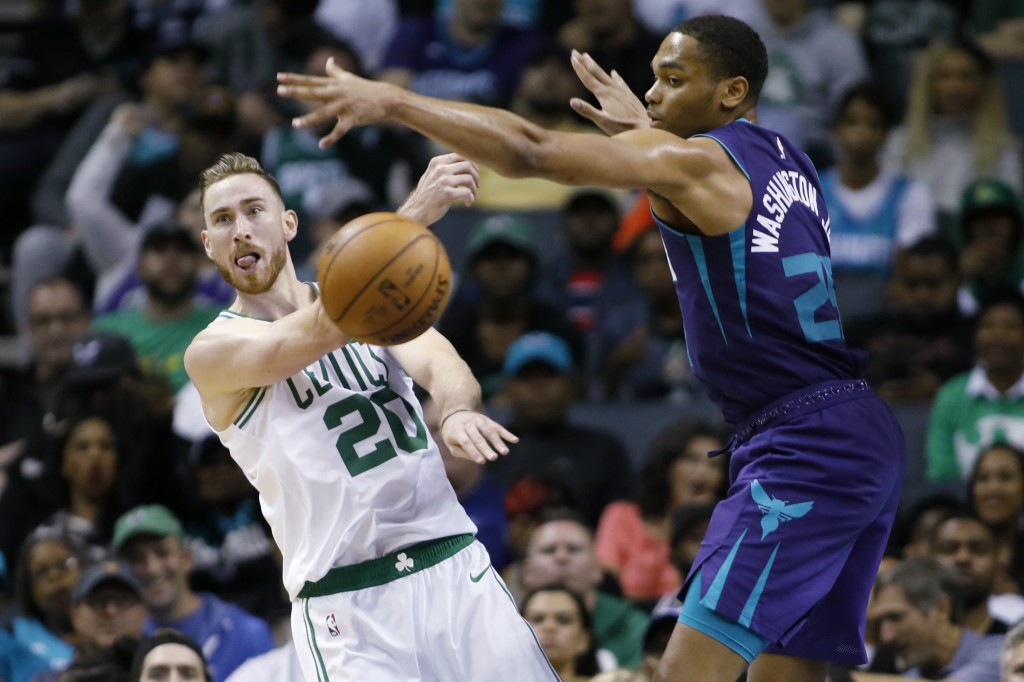 BOSTON (AP) — Boston Celtics forward Gordon Hayward says he’s frustrated over his broken hand, which is expected to sideline him for six weeks just as he was back to form from his last injury.

Hayward said before Wednesday night’s game against the Washington Wizards that he’s happy about the prognosis from doctors. He says it was “relatively good news.”

Hayward broke his hand when he collided with LaMarcus Aldridge in Saturday night’s game against the San Antonio Spurs. The Boston forward had surgery Monday.

Hayward missed all but five minutes of the 2017-18 season after breaking his leg in the first quarter of the season opener. He returned last season, playing mostly off the bench. But it wasn’t until this season that he was matching his numbers from before the injury.