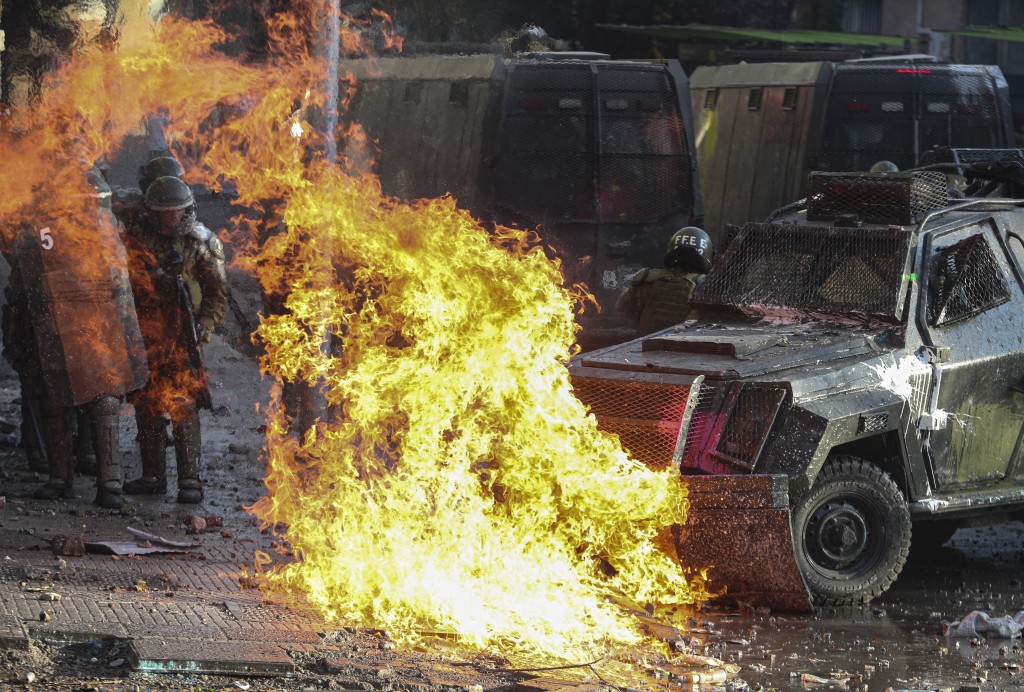 SANTIAGO, Chile (AP) — Chile’s players have declined to play Peru in a soccer friendly on Tuesday in Lima.

Chile has been rocked by weekslong wave of demonstrations. Chile defender Gary Medel said the players’ decision was due to the turmoil and that there were bigger priorities than football.

Chile’s soccer association said Wednesday that it had informed Peru.

Chile had already called off a friendly against Bolivia, which was scheduled for Friday in Santiago.

Santiago was scheduled to host the Copa Libertadores final between Argentina’s River Plate and Brazil’s Flamengo on Nov. 23, but the match was moved to Lima for security reasons.