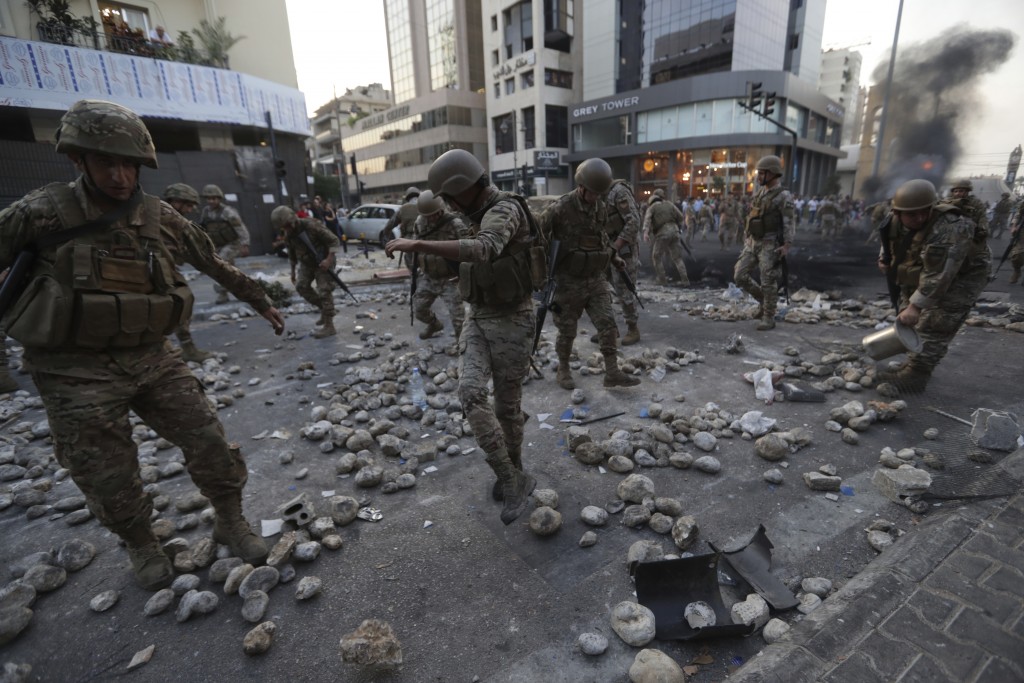 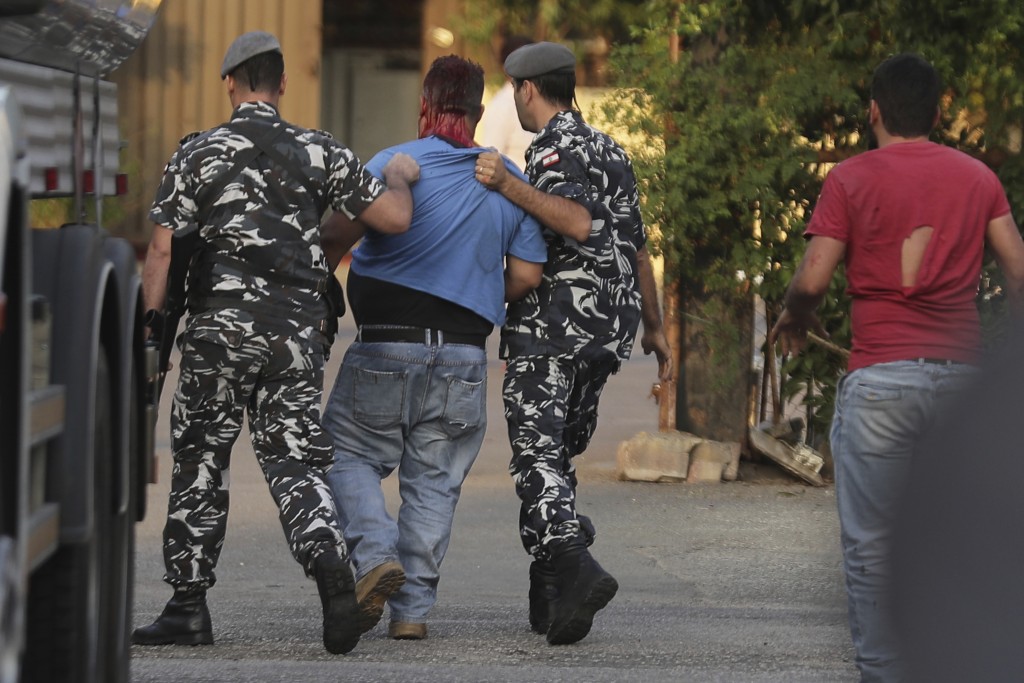 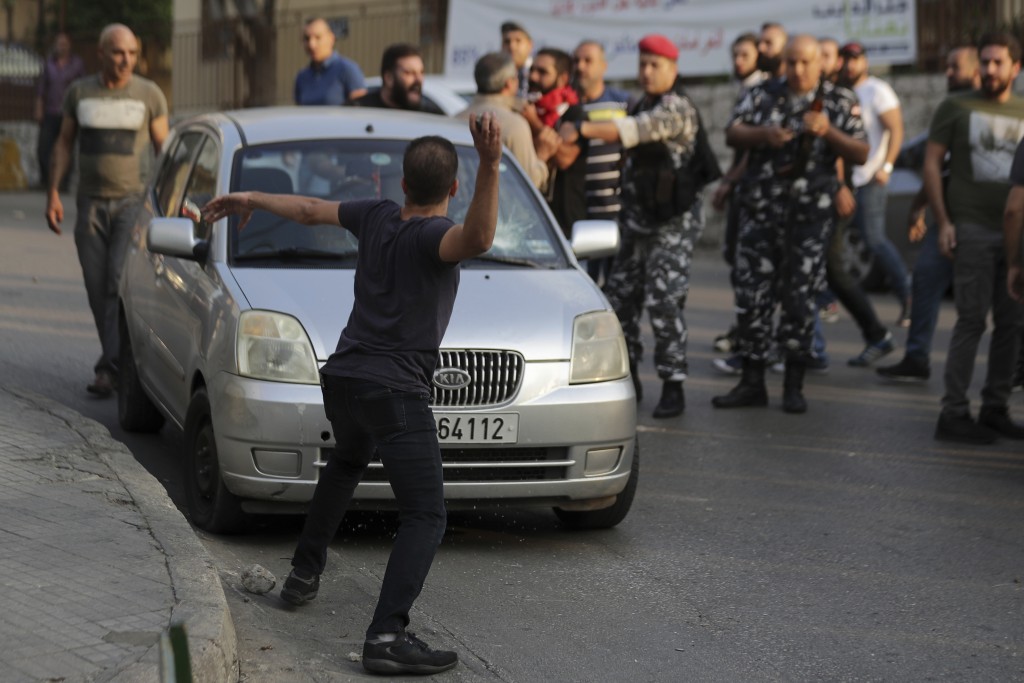 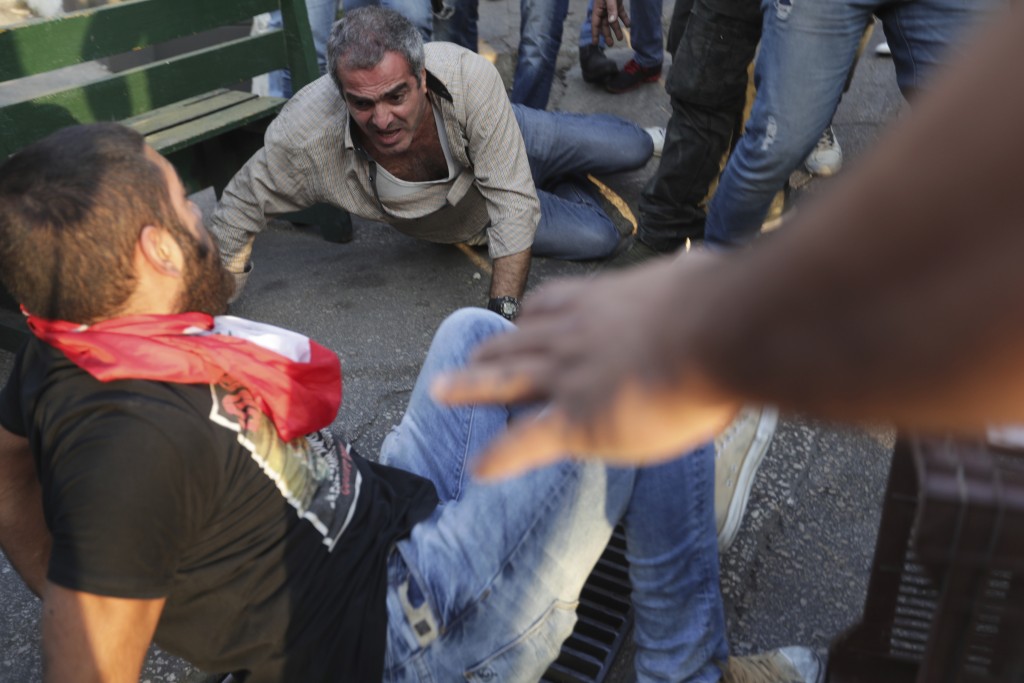 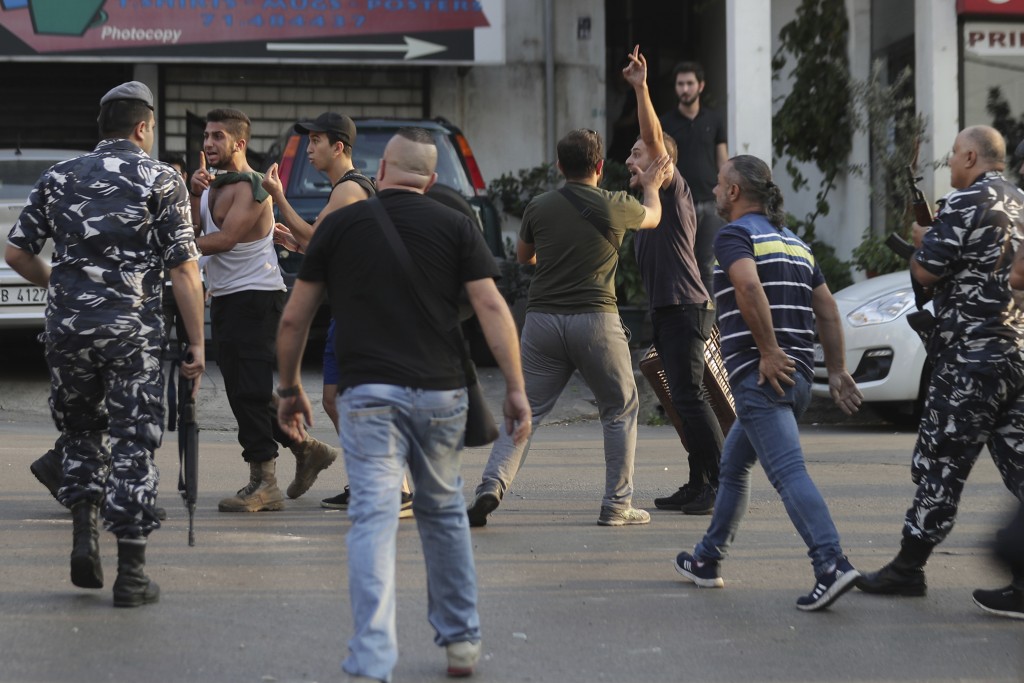 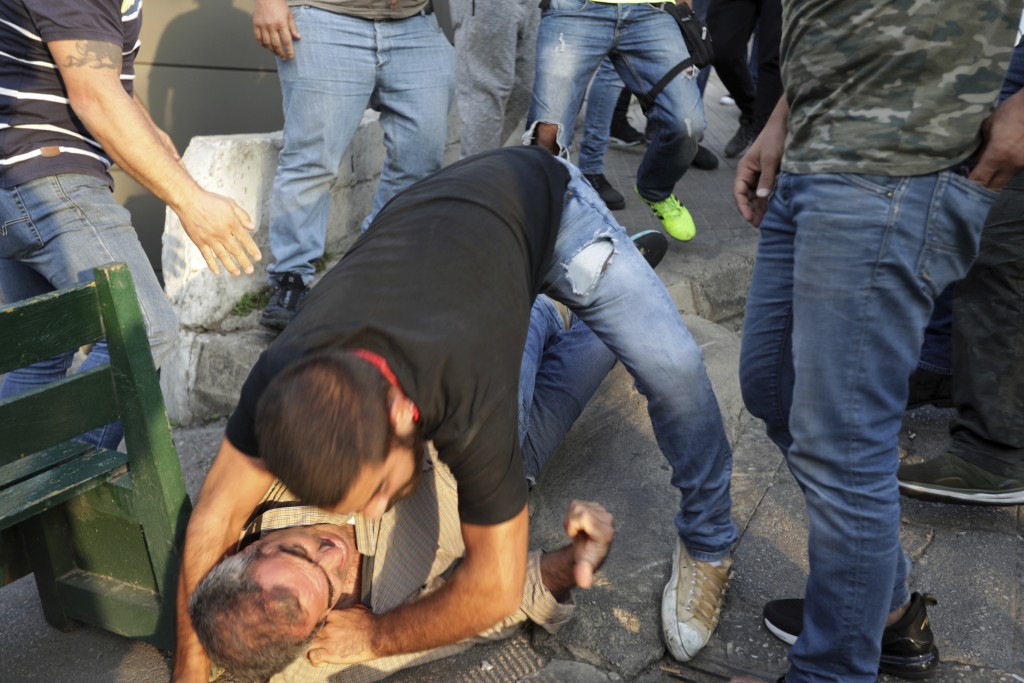 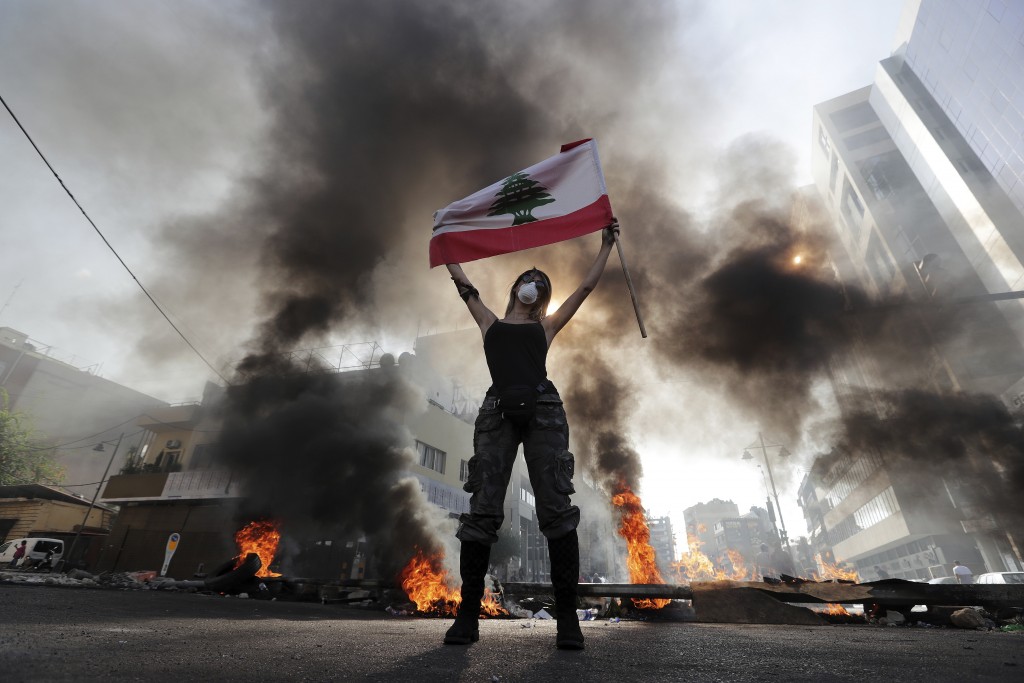 BEIRUT (AP) — For nearly a month, the popular protests engulfing Lebanon have been startlingly peaceful. But the shooting death of a 38-year-old father by a soldier, the first such fatality in the unrest, points to the dangerous, dark turn the country could be heading into.

The protests exploded into the streets on Oct. 17 in response to new proposed taxes and quickly evolved into an unprecedented nationwide uprising against the country’s entire political leadership. Protesters demand all those politicians go, blaming them for decades of systematic corruption that has left the Mediterranean country on the brink of economic and financial disaster.

The protests, along with road closures and a civil disobedience campaign, have paralyzed the cash-strapped country for weeks.

But the crisis has hit an impasse: The leadership insists it must stay in control, protesters say they won’t leave the streets. The possibility of violent confrontations is growing by the day as sectarian tensions and old political rivalries resurface. A dire financial situation has made the mix even more combustible.

A look at Lebanon’s protests:

The protest movement continues to be leaderless, although the demonstrations that began as a spontaneous movement have with time become more organized and structured. Some political parties have sought to co-opt the protests and are now playing a significant role in the planning — an ironic turn, since these party’s leaders are themselves a target of the protesters.

The protests, however, continue to be driven mostly by genuine frustration at the political elite’s years-long mismanagement of the country. At the forefront of the movement have been women, who have played a crucial role in maintaining a separation between rival sides and keeping rallies peaceful. The protesters’ ranks include unemployed youth, frustrated civil servants, university and school students and middle-class business people.

The first and perhaps only significant victory the protests have achieved is the resignation of Prime Minister Saad Hariri’s unity government nearly three weeks ago after an emergency reform package he announced was rejected as a fake attempt to quiet the streets.

Protesters insist on a government made up solely of experts and technocrats whose main job would be to fix the economy. The militant group Hezbollah, which along with its allies dominated Hariri’s government, demands that the new government be a mix of experts and politicians, including group representatives.

“Hezbollah wants to make sure that the new Cabinet will not be in a position to raise political questions about the armed groups' activities, hence the need to have representatives of the political establishment and independents within Hezbollah's orbit,” said Joe Macaron, a resident fellow at the Arab Center Washington D.C.

The demonstrations have been remarkably peaceful so far, in stark contrast to neighboring Iraq, where more than 300 people have been killed by security forces cracking down on similar protests. Lebanon’s unrest has also seen little violence compared to other global protests going on at the same time in Spain, Argentina and elsewhere.

Twice, Hezbollah supporters waded into the main protest site in Beirut, tearing down tents, smashing chairs and scuffling with protesters.

Otherwise, violence has been almost non-existent. Instead, the atmosphere has often been carnival-like and festive as tens of thousands of people throng streets and squares on some days. Security forces and the military have largely stood on the sidelines, intervening to remove barriers on main highways.

That changed on Tuesday night when a Lebanese soldier shot dead a local official with a political party during protests in southern Beirut. The army quickly said the soldier was arrested and an investigation opened.

Tensions rose. On Wednesday, a man opened fire over protesters’ heads in a town north of Beirut, and scuffles, fistfights and stone-throwing broke out between supporters and opponents of President Michel Aoun.

Lebanon, one of the most heavily indebted countries in the world, already was dealing with a severe fiscal crisis before the protests, one rooted in years of heavy borrowing and expensive patronage networks run by entrenched political parties.

For months before the unrest, many Lebanese had started transferring savings abroad and withdrawing and saving cash in their homes. The Central Bank governor this week estimated $3 billion was pulled out.

The protests have worsened the situation. Initially, banks were shuttered for two weeks, sparking a run on the banks when they finally opened. To preserve liquidity, banks imposed random capital controls, differing from bank to bank and adding to the turmoil.

Banks have now shut down again: Bank employees say they’re too scared to show up to work and announced an open-ended strike.

If the deadlock over a government formation persists — as it appears it will — the country may be in for prolonged unrest. The country is used to extended periods of government vacuum, but this time politicians do not have the luxury of wasting time with political wrangling.

No side appears prepared to compromise, and there is no political leadership or opposition parties that could be an alternative to the ruling parties.

The longer protesters remain in the street, the more positions will harden. The unrest and bank closures are feeding anxiety and panic among Lebanese. All that raises the danger that one side or another will turn to greater violence to break the impasse.