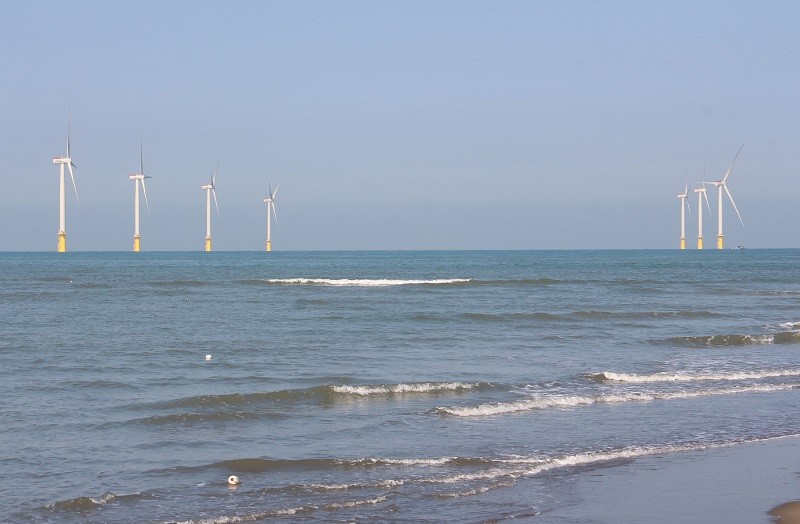 TAIPEI (Taiwan News) — Taiwan’s first offshore wind farm to reach a commercial scale was inaugurated in a ceremony at a fishing port in Miaoli County on Wednesday morning (Nov. 13), marking an important milestone for the country in its quest to transform its energy supply, according to the Liberty Times.

During the ceremony, President Tsai Ing-wen (蔡英文) said the wind farm has established Taiwan as a frontrunner in harnessing offshore wind energy in Asia.

Construction on the wind farm began in May of this year and was completed after five months, during which a total of 22 wind turbines were erected, the report said. The wind farm has a capacity of 128 megawatts, which is enough to provide clean energy for 128,000 households and cut carbon emissions by 245,600 tons each year, according to the report.

The president said the goal of Taiwan's energy transformation policy is to have renewable energy account for 20 percent of the total energy supply by 2025. This will include the development of 20 gigawatts (GW) of solar energy and 5.7 GW of offshore wind energy.