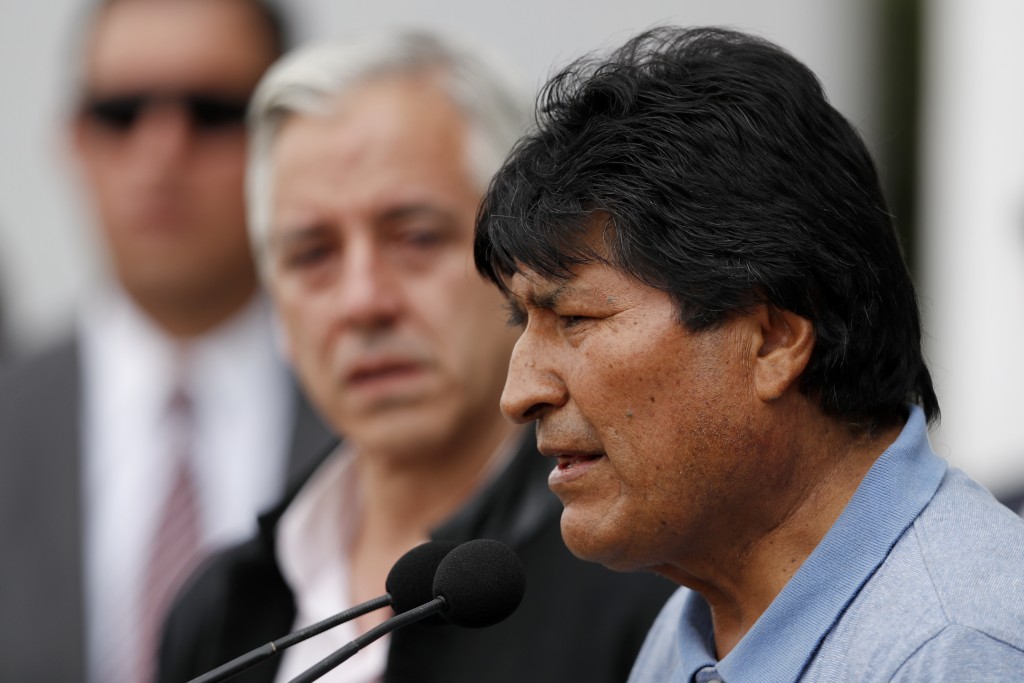 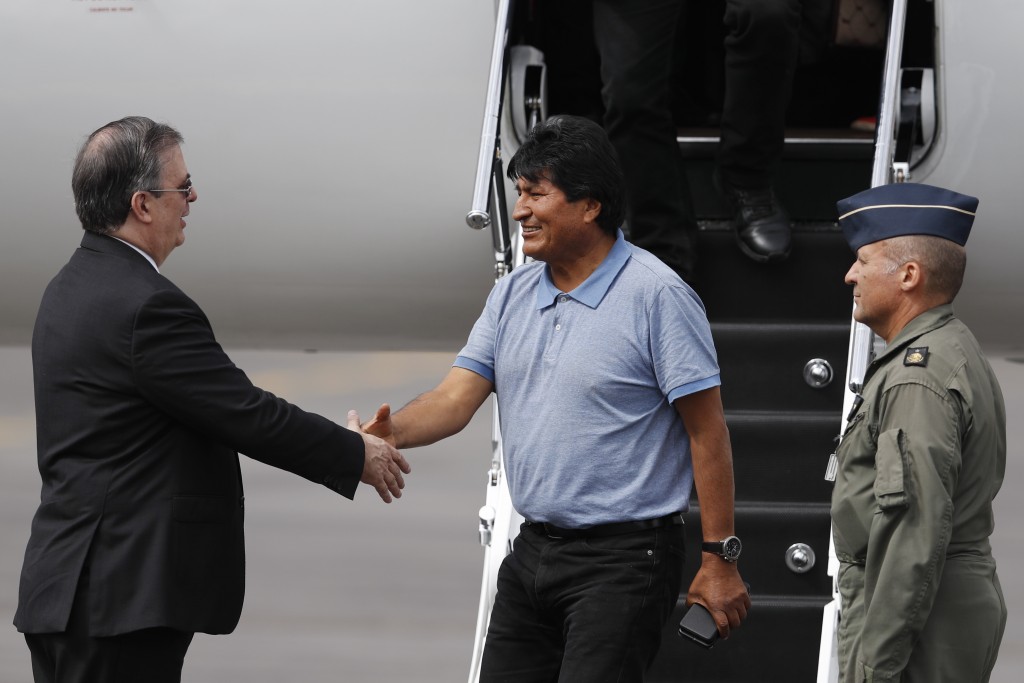 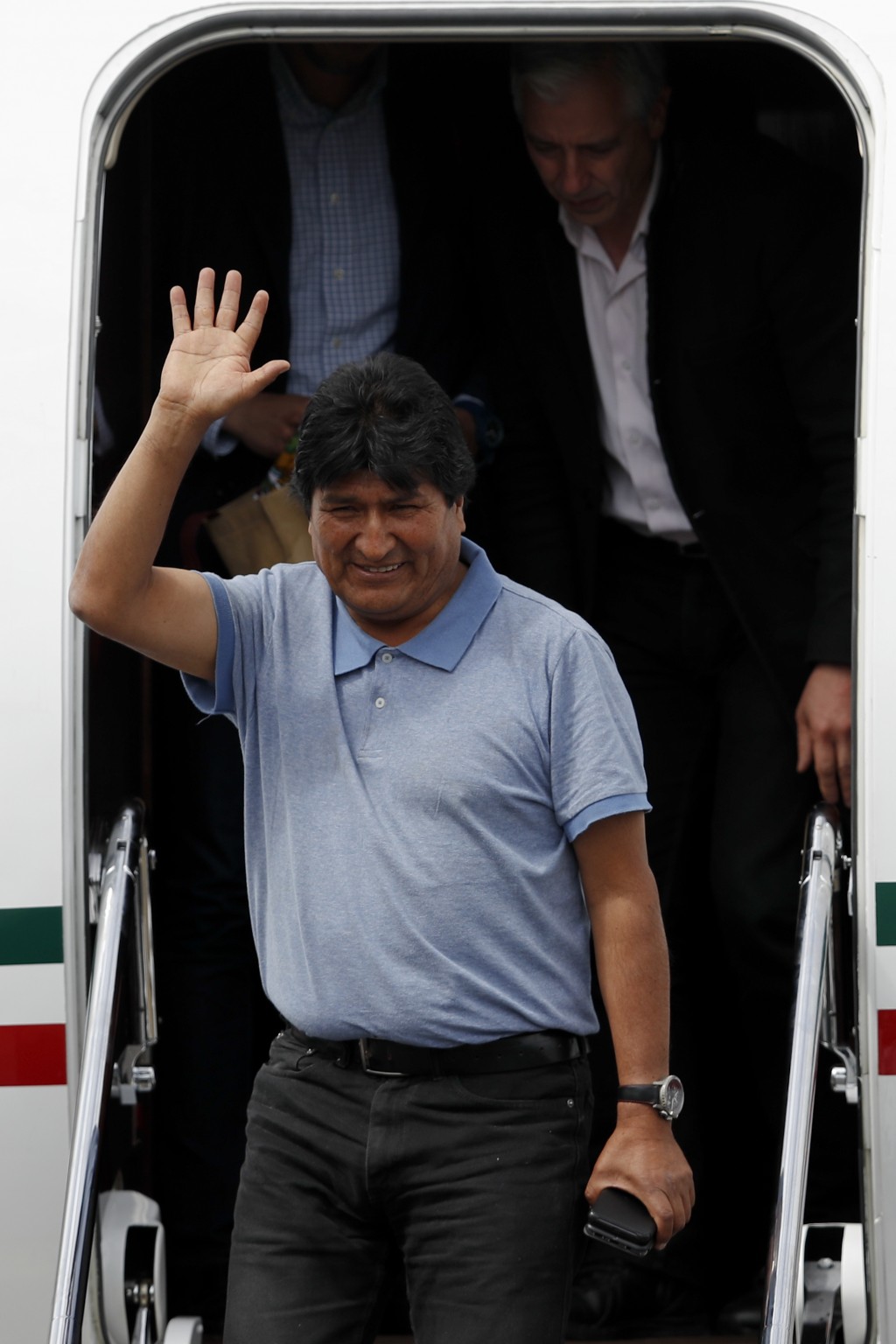 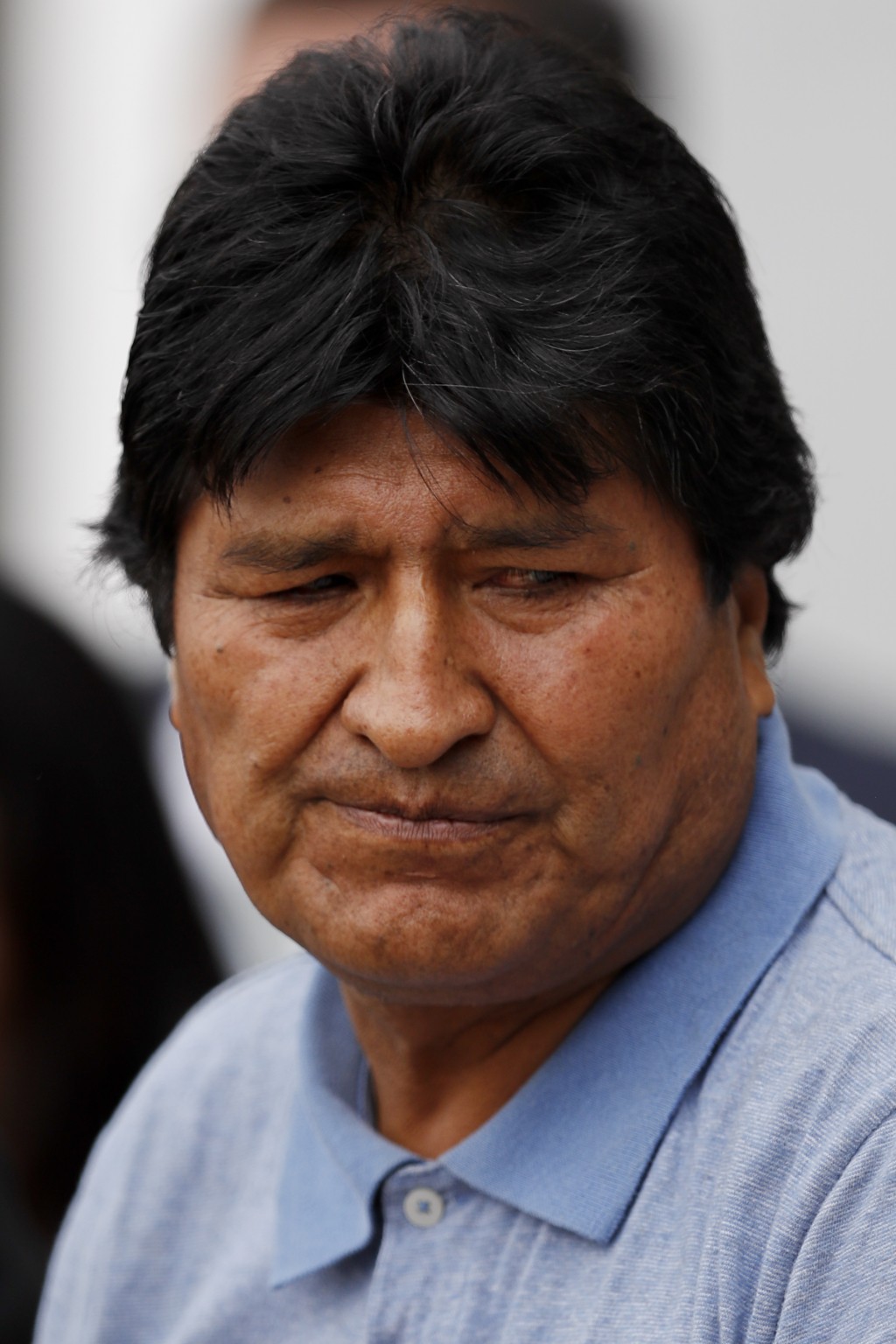 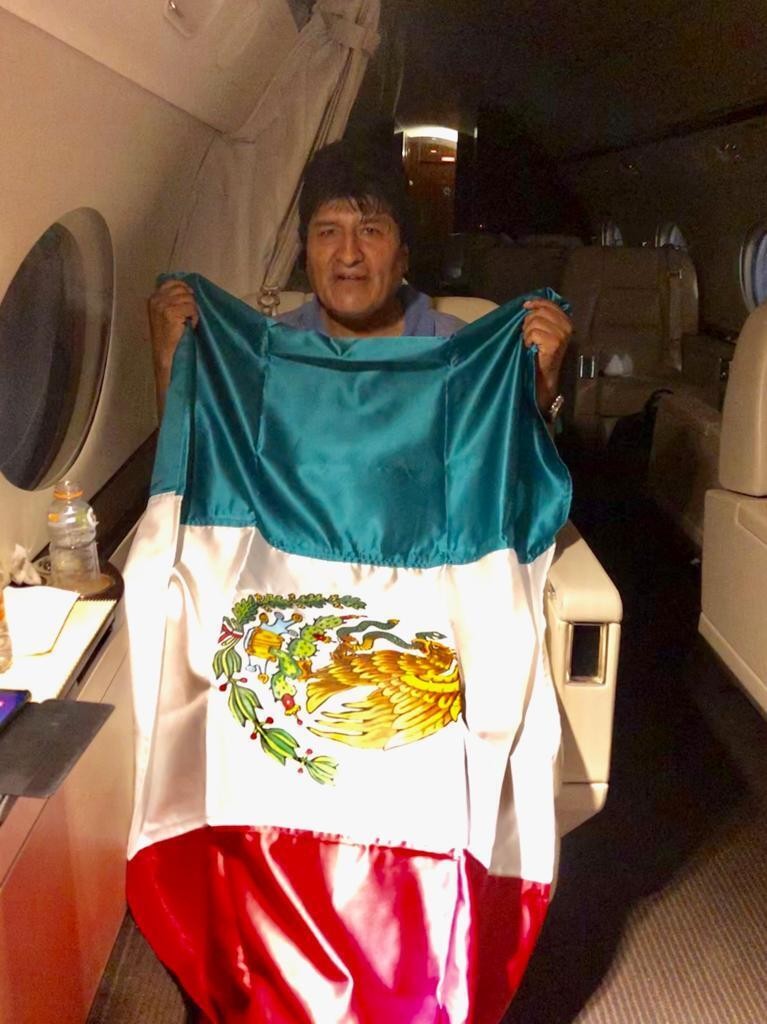 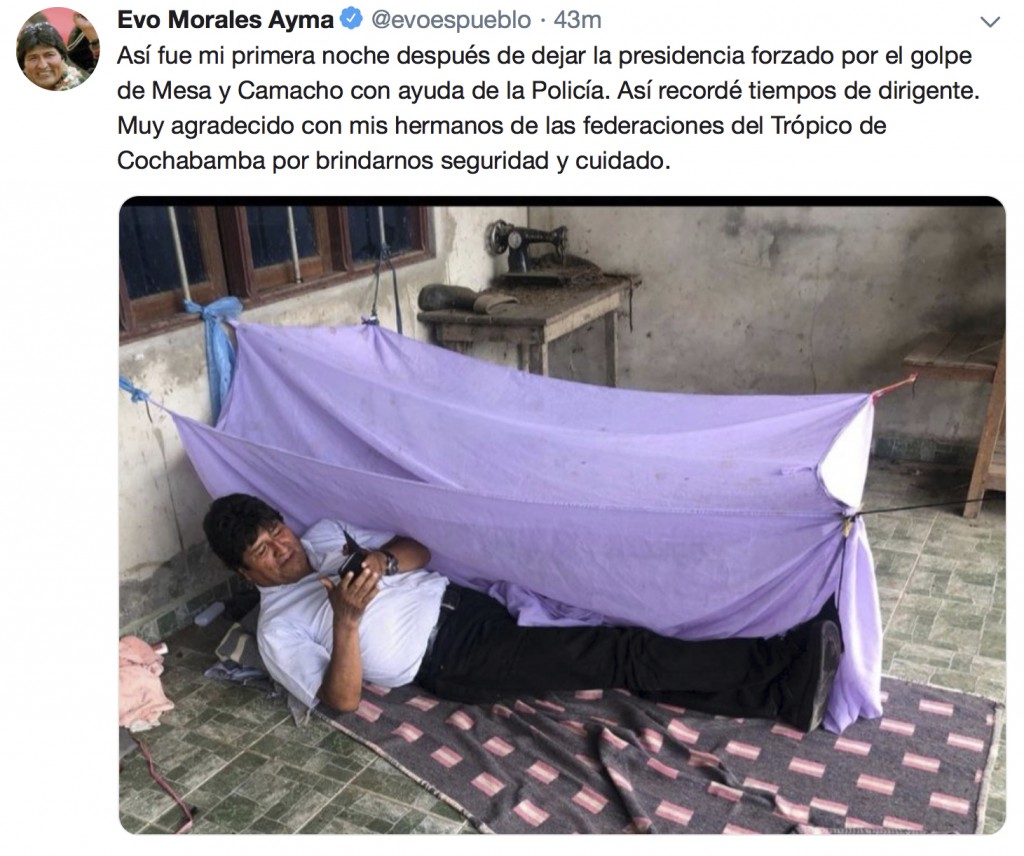 BOGOTA, Colombia (AP) — The surprise resignation of Evo Morales as Bolivia's president can perhaps be matched only by his equally extraordinary rise to power. The country's first indigenous chief of state upended politics in a nation long ruled by light-skinned descendants of Europeans and he vowed to reverse centuries of inequality. He succeeded on many fronts but was ultimately compelled to step down after both the military and even one-time supporters turned against him.

WHY WAS HIS PRESIDENCY SO NOTABLE?

When Morales, the son of a llama herder, won Bolivia's highest office in a landslide 2006 election, it was hailed as a milestone achievement for the nation's sizeable indigenous population that had not gained the right to vote until 1952.

At the time, Bolivia's 36 indigenous groups represented 60% of its 8.5 million citizens. A native Aymara, Morales was the first leader for many Bolivians who looked and thought like they did.

Like many Bolivians, Morales grew up in extreme poverty. Four of his six siblings died in childhood. On the campaign trail, he ditched the traditional politico's suit and tie, preferring casual short-sleeved shirts and even a leather jacket, while affectionately calling women "sister" and men "boss."

He earned a spot in the political limelight as the leader of a coca growers union who played an important role in protests that unseated two governments and vowed to reverse centuries of inequities against the disenfranchised.

"The time has come to change this terrible history of looting our natural resources, of discrimination, of hate, of despise," he said after his triumph.

HOW DID HE CHANGE THE SOUTH AMERICAN NATION?

Under Morales' tenure, more than a half-million Bolivians climbed out of poverty, while schoolchildren, the elderly and mothers benefited from new subsidies. The economy grew strongly thanks to high prices for its commodities.

According to the World Bank, moderate poverty stood at 59% of Bolivia's people two years before Morales became president and had fallen to 39% by 2014.

He ushered through a new constitution that created a new Congress with seats reserved for Bolivia's smaller indigenous groups and recognized the Andean earth deity Pachamama instead of the Roman Catholic Church. The charter also "refounded" Bolivia as a "plurinational" state, allowing self-rule for the nation's indigenous peoples.

However, despite fears of some that Morales would oversee a stark turn to the left economically, he kept the nation dependent on extractive industries while negotiating more favorable terms that allowed greater distribution of gas and mineral wealth.

WHAT WAS HIS DOWNFALL?

There is no one easy moment to identify, but rather a series of missteps that led to his exit.

The same indigenous organizers who propelled Morales to power grew increasingly disenchanted with a president they felt betrayed promises to protect the environment and move away from reliance on big industries like mining. Thousands took to the streets in 2011 when he proceeded with plans for a highway across a protected Amazon reserve.

And despite improving economic indicators, a substantial part of the new middle class found job opportunities hadn't expanded sufficiently and also grew fed up with corruption many felt the president did not combat.

When Morales held a 2016 referendum on removing term limits, voters turned him down. He then upset many people by getting Bolivia's top court to throw out the limits, allowing him to seek a fourth term in this year's election.

He claimed victory in the Oct. 20 ballot, but unexplained lapses in reporting results drew allegations of vote fraud and set off weeks of protests by his opponents. His support weakened, and finally a push by the chief of the Bolivian military led him to resign.

"If he had tried not to force the issue of running again, he probably would have been remembered fairly positively," said Alissandra Stoyan, a professor of political science at Kansas State University.

WHAT MIGHT BE THE RIPPLE EFFECT OF HIS DEPARTURE?

His resignation comes at a time of social upheaval around Latin America coinciding with what those on the left hoped might be a comeback.

Frustrated citizens have staged mass protests against right-wing leaders in Honduras and Chile and voters in Argentina thrust the Peronist party back into power in a rejection of an incumbent backing free market reforms.

But Morales' party, the Movement for Socialism, now will likely face an uphill battle against an empowered opposition in a new presidential election.

"It seems Latin America is getting more complex over the last few years and we can't talk about 'tides' like we used to," said Jorge Derpic, a University of Georgia sociology professor focused on Latin American social movements.

IS BOLIVIA'S DEMOCRACY AT RISK?

Some people are concerned Bolivia could be turning back a page to a turbulent time in its long history of political volatility, after nearly 14 years of relative stability under Morales.

By one count, Bolivia has had more than 190 coup attempts and revolutions since its 1825 independence in a repetitive cycle of conflict between political elites in urban areas and disenfranchised by mobilized rural sectors.

There is uncertainty over who will step in to fill the power vacuum before elections can be held. An opposition leader in the Senate proclaimed herself interim president Tuesday, though it isn't clear how much support she has.

Nancy Postero, an anthropology professor at the University of California, San Diego, is optimistic Bolivia's young and educated middle class will find a way out, recalling how over a decade ago Morales himself charted a path toward stability after the wave of upheaval the preceded him.

"The Bolivian people wrote a new constitution, remade society and came up with a completely different way of thinking about the state," she said. "I have no doubt that is going to happen again."