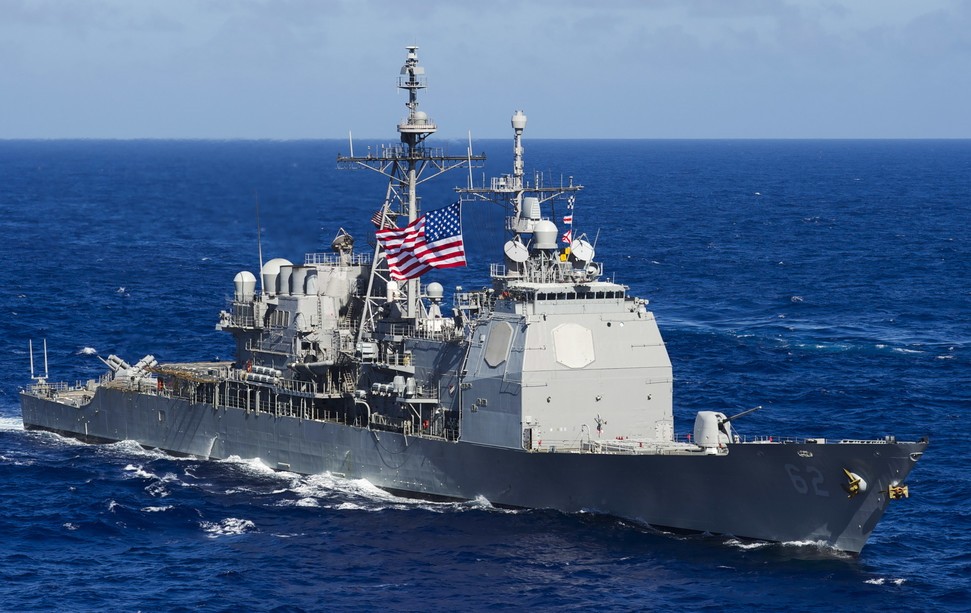 TAIPEI (Taiwan News) — A U.S. cruiser sailed through the Taiwan Strait on Tuesday (Nov. 12), according to Taiwan's Ministry of National Defense (MND).

According to an MND press release issued on Wednesday morning, the U.S. cruiser sailed through the strait from north to south before exiting through the Bashi Channel. At a meeting of the Defense Committee in the Legislative Yuan on Wednesday, Yen said that the transit was a freedom of navigation voyage and part of the Trump administration's strategy to counter China's aggressive military posture in the Indo-Pacific, reported CNA.

The voyage by the USS Chancellorsville marks the ninth transit of a U.S. warship through the Taiwan Strait this year and the first since September. According to information released by the MND, the last time a U.S. warship traveled through the strait was on Sept. 20.