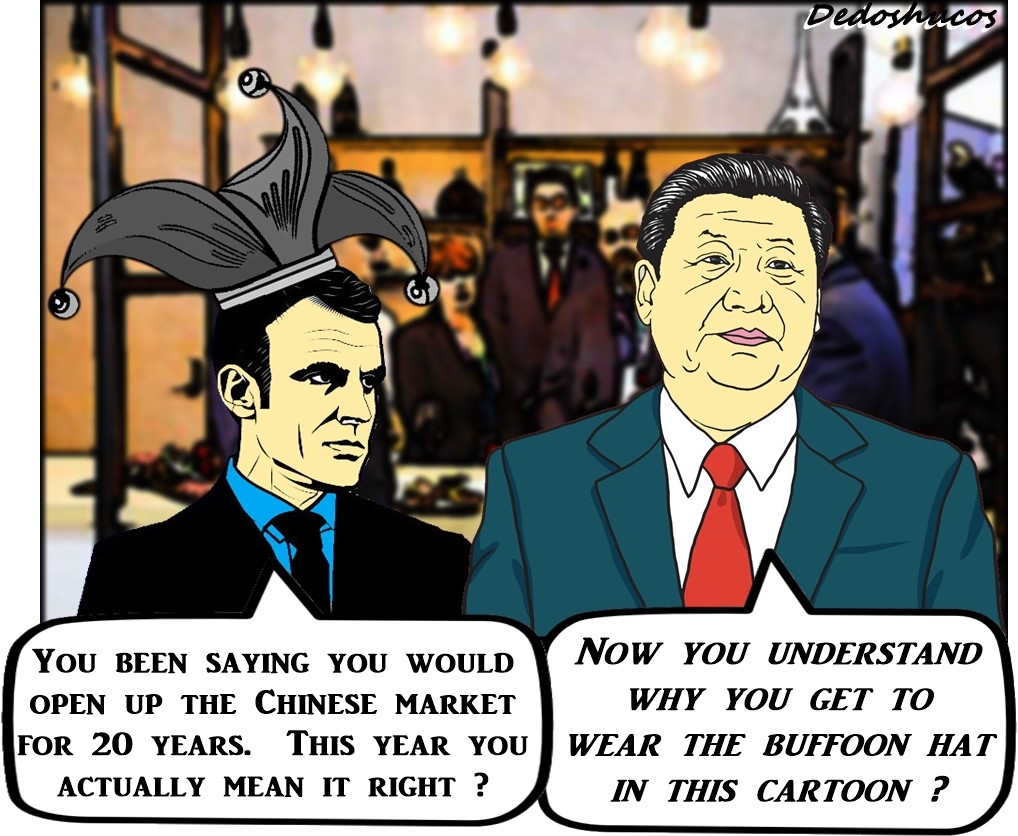 Last Wednesday (Nov. 6), Macron signed a US$15 billion trade deal with Xi during a visit to Beijing that week. As usual, the deal grants a Western country increased agricultural exports and access to China's market in exchange for essentially handing over technology in the fields of nuclear power, liquid natural gas, and aviation.

Rios, 42, who goes by the pen name Dedoshucos, told Taiwan News that the title of the cartoon is "Emmanuel Macron's endless disciplined patience." In the cartoon, Macron is wearing the cap and bells associated with a court jester while Xi looks away with disdain.

Below Macron, the caption reads, "You been saying you would open up the Chinese market for 20 years. This year you actually mean it right?" Xi, with a disinterested look on his face, replies by saying, "Now you understand why you get to wear the buffoon hat in this cartoon?"

Rios is mocking Macron's belief that multilateralism and free trade will eventually turn China into a team player that respects human rights and truly opens its markets to foreign corporations. Rios says that the France-China trade deal is just another example of a European country begging for access to China's market while remaining totally mute on the communist regime's human rights abuses in Xinjiang and Hong Kong. 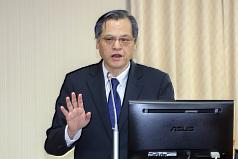 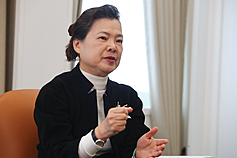