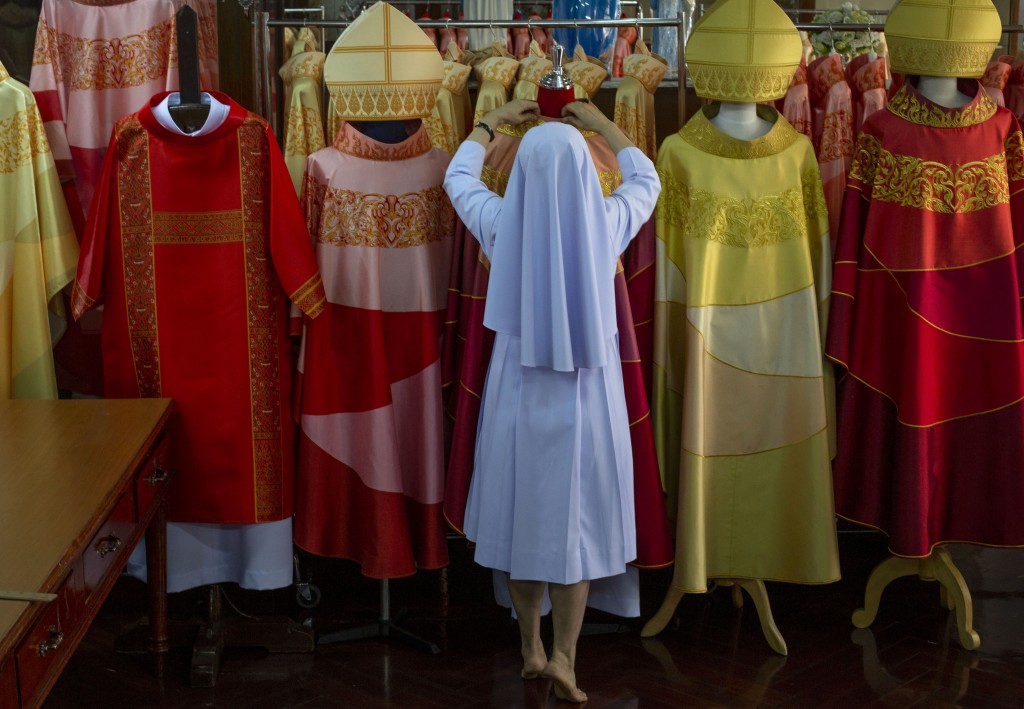 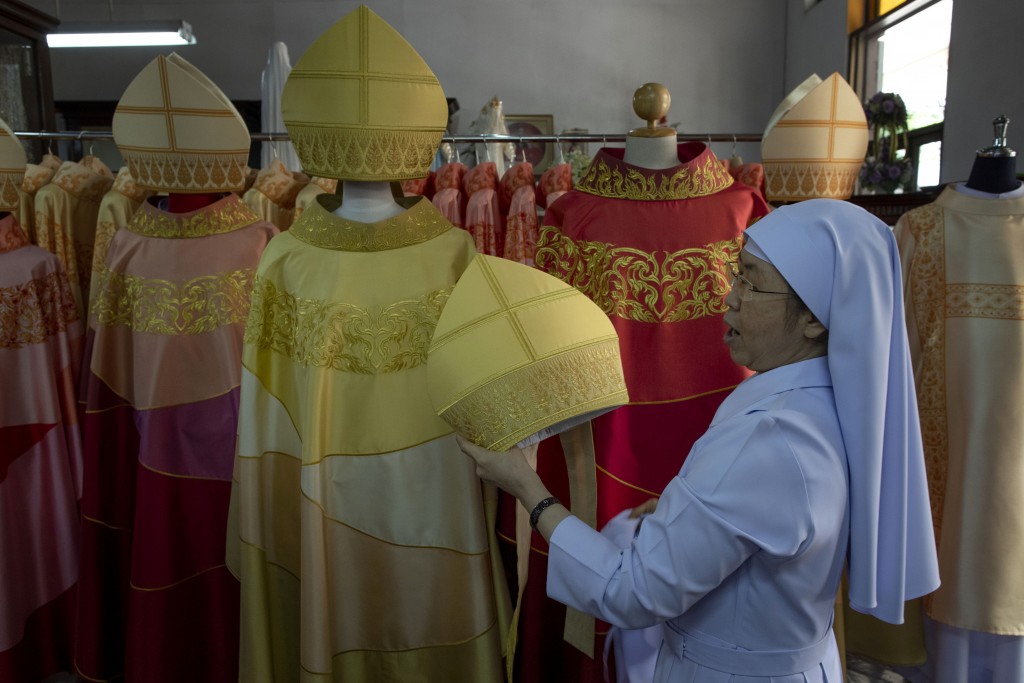 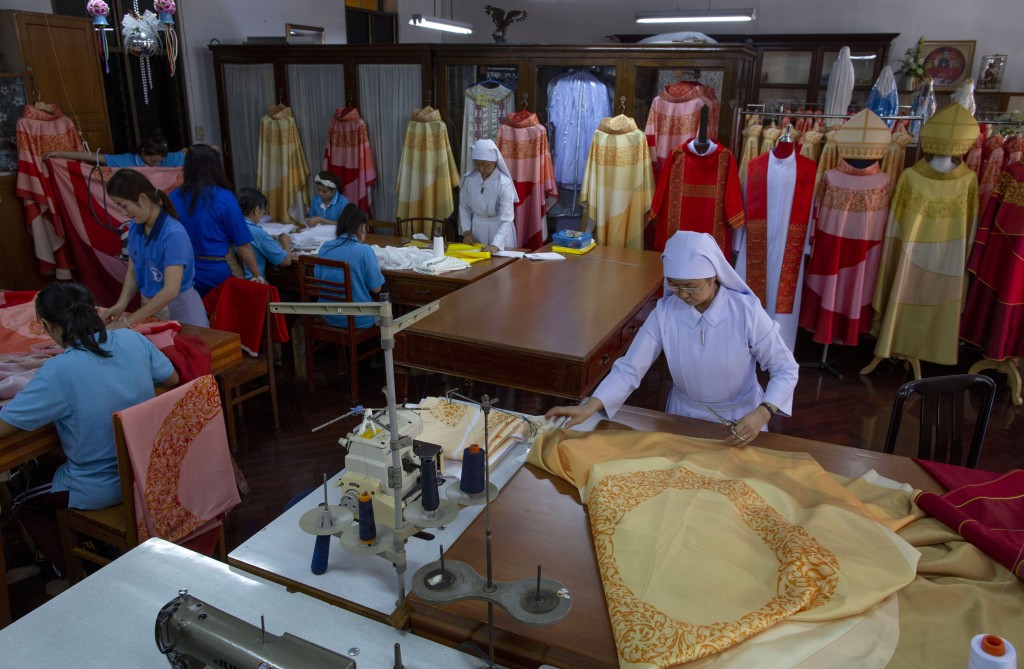 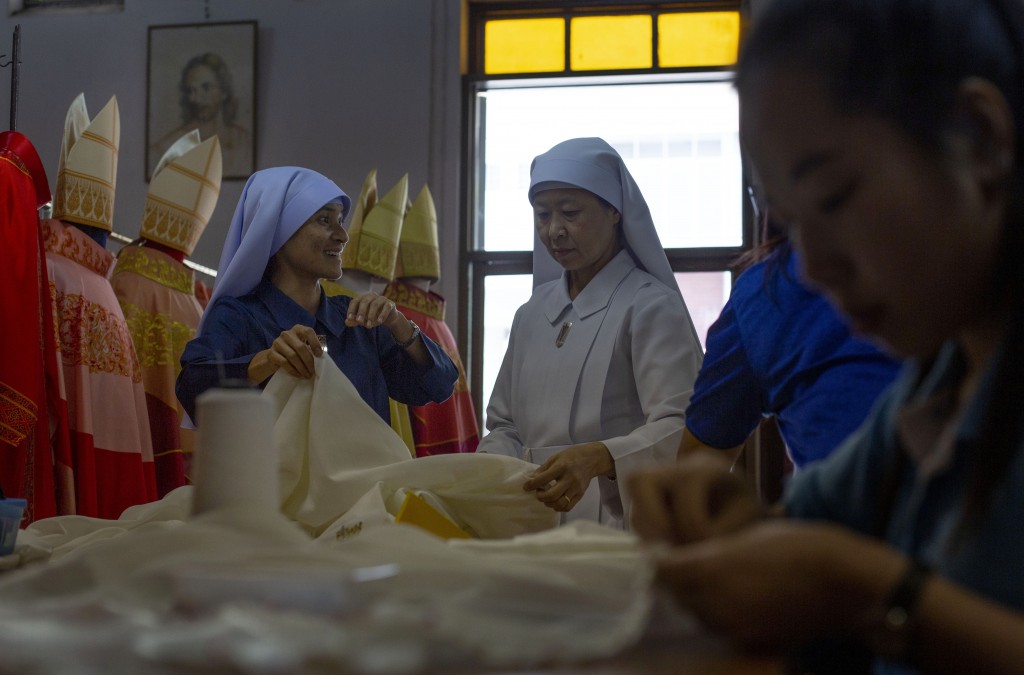 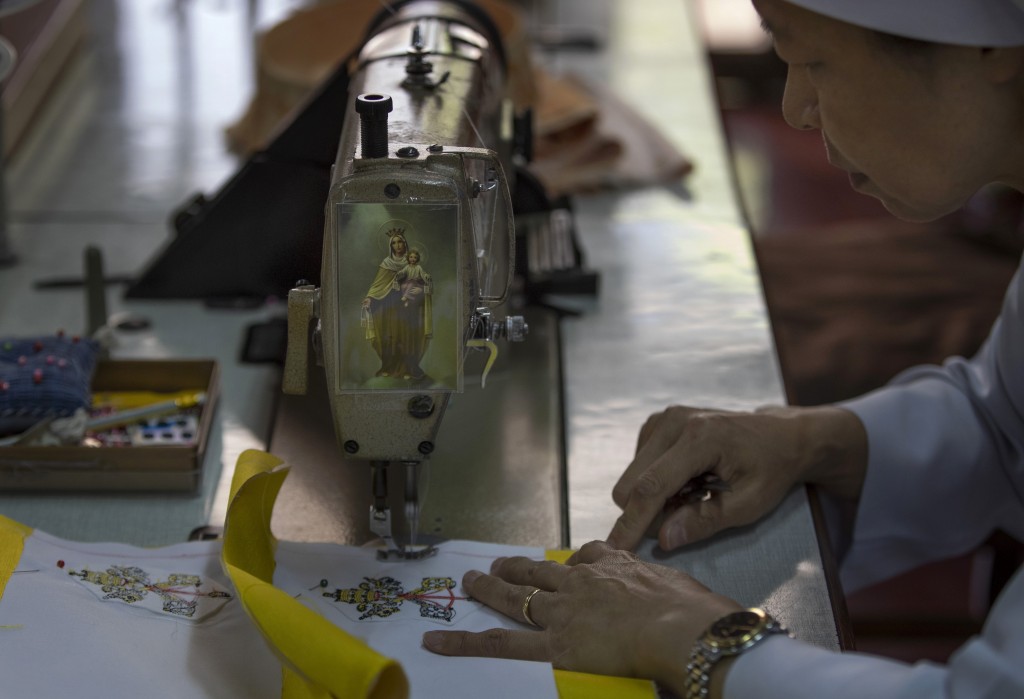 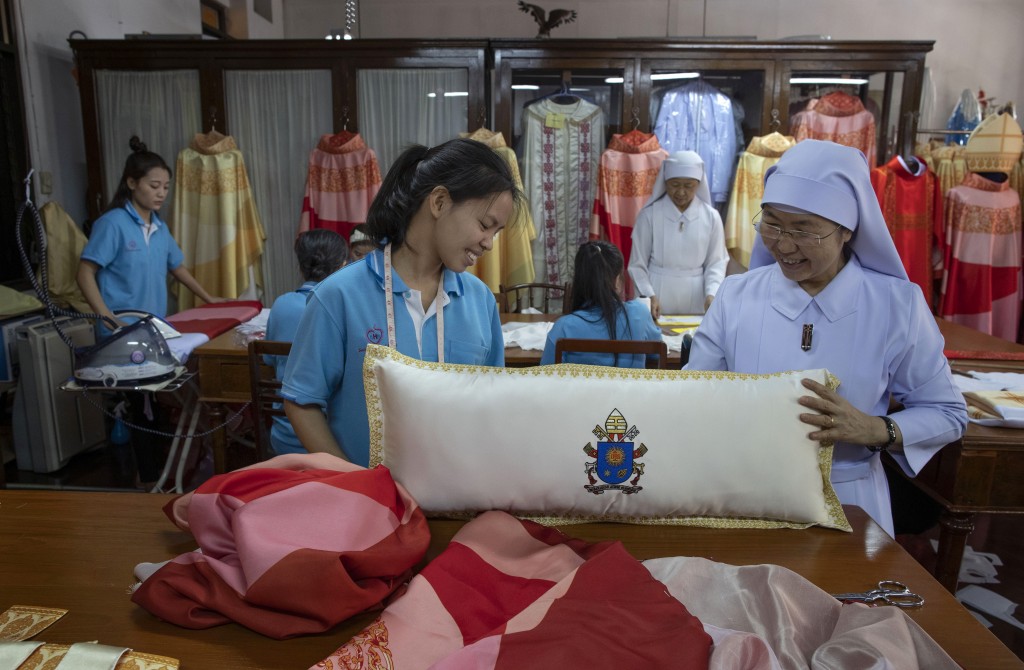 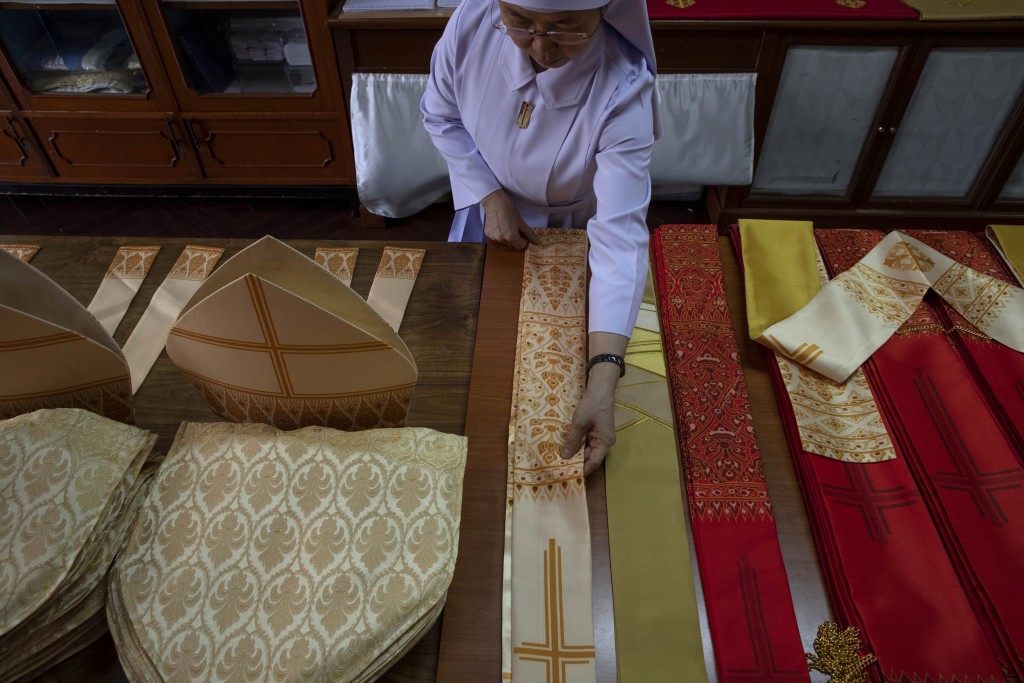 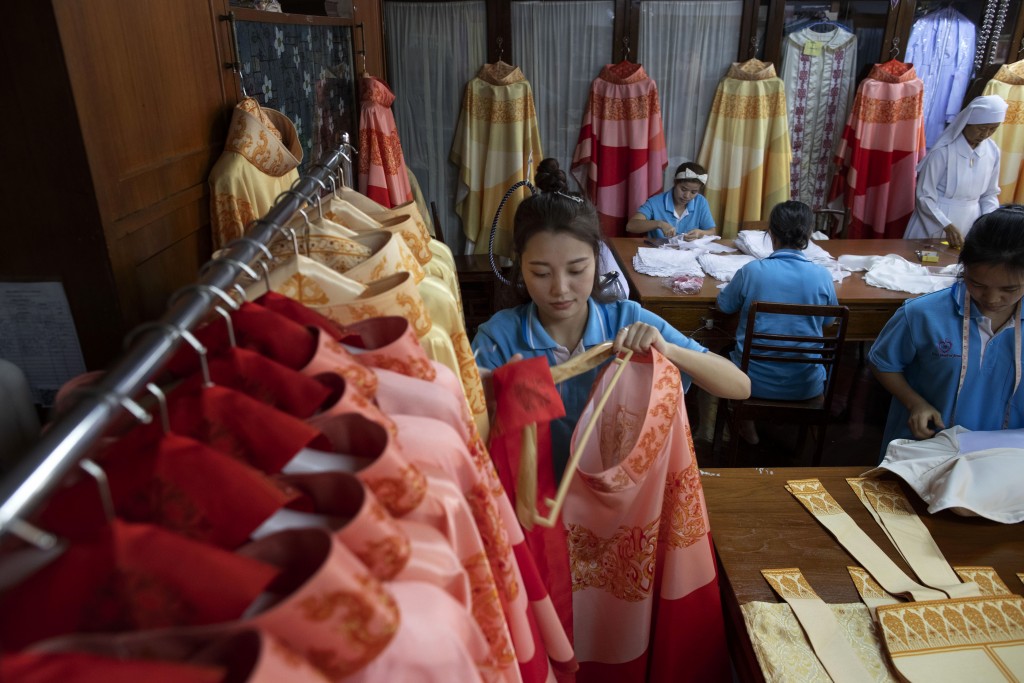 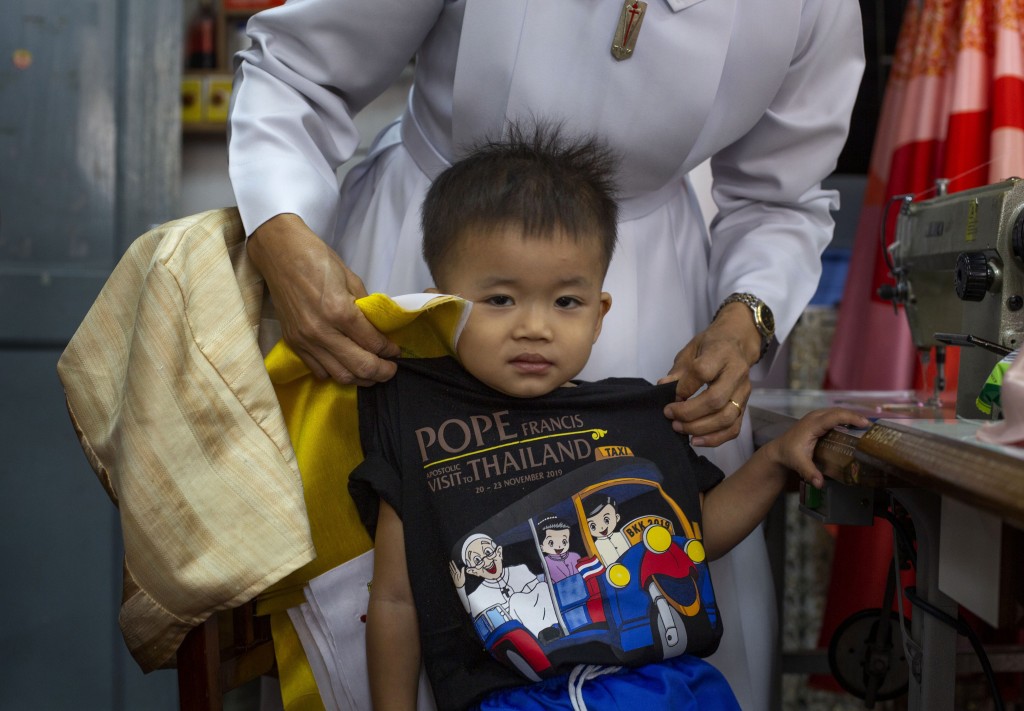 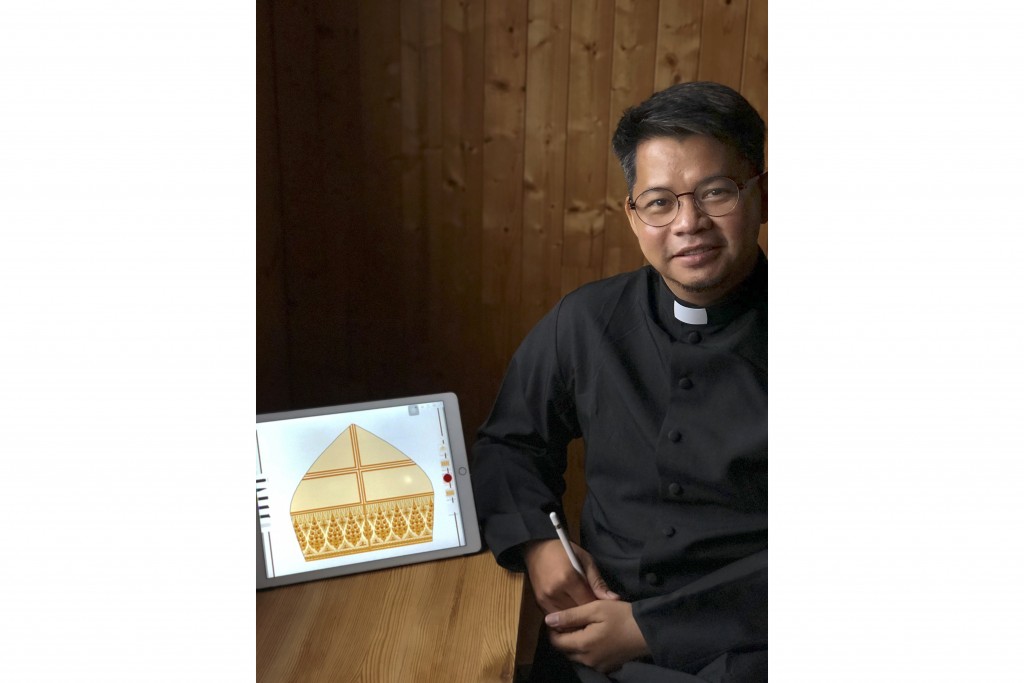 BANGKOK (AP) — Thailand's capital boasts garment makers ranging from bespoke tailors to sweatshops, but for a truly divine frock, you have to look a little harder.

In a Catholic preparatory school, seamstresses from the Congregation of the Sacred Heart of Jesus Sisters of Bangkok are studiously snipping and sewing. They've been working tirelessly, running up the ceremonial garments Pope Francis will wear during his four-day visit to Thailand later this month.

Using Thai silk, the nimble-fingered outfitters have made two full sets of custom robes, in gold-and-white and in vivid red, to grace the pontiff at two public Masses before tens of thousands of the faithful.

They are also stitching almost 200 robes for accompanying bishops, though no silk for them: Theirs are made of polyester.

The strong colors of the pope's two robes, known as chasubles, are not just to ensure he's visible from a distance — they also convey meaning. The visit's organizers say the gold and white symbolize innocence and joyfulness, while the red represents love and the blood of martyrs.

An air of quiet concentration pervades the high-ceilinged room where the 11-member team of sisters have been racing the clock, 10 hours a day, ever since the 82-year-old pope's measurements arrived from the Vatican in September.

Despite nervousness over the approaching deadline, they say they're on track. Soon they'll send the chasubles to the Vatican's embassy in Bangkok for final approval.

"I felt that we didn't have much time, but I wasn't worried that we wouldn't finish them," said Sister Sukanya Sukchai, a member of the tailoring team.

"I knew that God would help. I knew that his help would come in time so that we would finish the job — despite our stress about not being able to complete the task."

The pope's robes often incorporate designs relating to the country he's in. Two years ago in Myanmar, his green chasuble bore the country's national flower, the bright yellow padauk.

For Thailand, an ancient motif known as a "kranok" emblazons the cloth. The intricate design is frequently seen carved in the stone or wood of Thai temples.

The priest behind the idea, the Rev. Naruenat Pankrod, said by phone from Italy that he worried the kranok might be too elaborate for a pontiff who favors simplicity, but it's received the seal of approval.

The tailors hope the same will go for the garments themselves.

Gaysorn Srihera, who leads the tailoring team, said she can't wait to see the fruits of their labor before a worldwide audience.

Pope Francis will arrive in Thailand on Nov. 20 before heading off to Japan three days later, where a new set of tailor-made robes will await him.