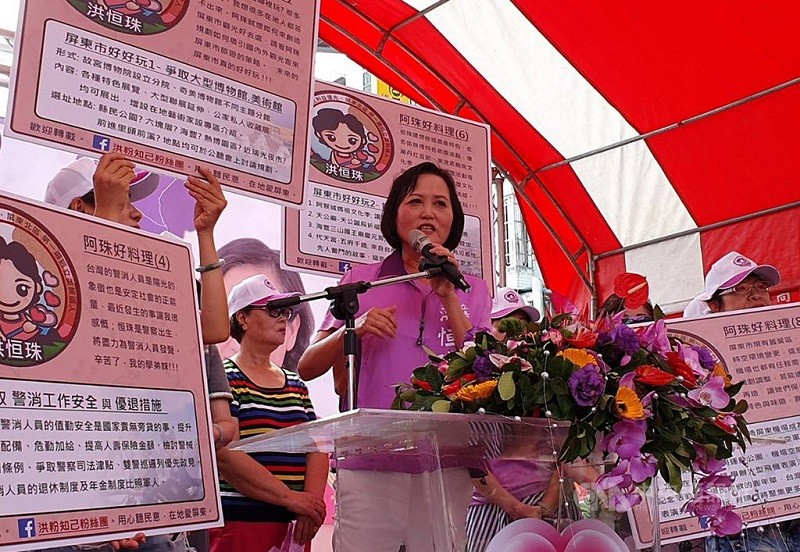 TAIPEI (Taiwan News) – The wife of Legislative Speaker Su Jia-chyuan (蘇嘉全) announced Tuesday (November 12) she was abandoning plans to run for a legislative seat as an independent against an official candidate of the Democratic Progressive Party (DPP), the party her husband belongs to.

Hong Heng-chu’s (洪恆珠) decision averts a potentially embarrassing confrontation between one of the ruling party’s most prominent figures and its national leadership. Su served as President Tsai Ing-wen’s (蔡英文) running mate in the 2012 presidential election, which they lost.

His wife opened her campaign headquarters for the January 11, 2020 legislative election in Pingtung County on 27 October, the day she also announced her departure from the DPP.

However, on Tuesday, Hong issued a statement she was abandoning her bid, with her offices and campaign workers to be transferred to President Tsai’s re-election team, the Central News Agency reported.

She said she had received a call from the president Tuesday morning in which the latter promised she would take good care of Pingtung County. While Hong expressed concern about the gap in development between the region at Taiwan’s southern tip and the north, she was convinced the country needed a strong president to resolve the issue, and therefore she had decided to support Tsai, according to the CNA report.