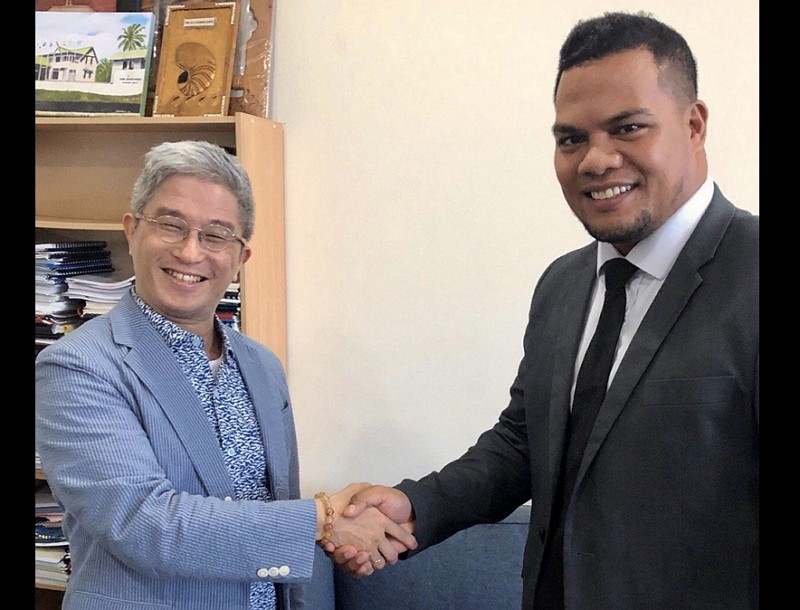 Hsu visited Tuvalu in a move to solidify bilateral relations after the Pacific ally's election of a new prime minister, Kausea Natano, in September and amid fears that it could switch recognition to Beijing. Neighboring Kiribati and the Solomon Islands severed ties with Taiwan in favor of China in September, leaving the island country with four remaining allies in the region: Tuvalu, Nauru, Palau, and the Marshall Islands.

The deputy minister expressed his gratitude to Tuvalu for its long-standing support of Taiwan in international affairs. He discussed future collaboration projects with local officials and announced plans to establish the Taiwan Digital Opportunity Center (TDOC) in the country, wrote CNA.

The facility will serve to help Tuvalu improve its ICT infrastructure and services, said Joanne Ou (歐江安), spokesperson for the Ministry of Foreign Affairs (MOFA).

Simon Kofe is expected to pay a reciprocal visit to Taiwan between Nov. 16 and 21. Details are being hammered out between the two sides, reported CNA.