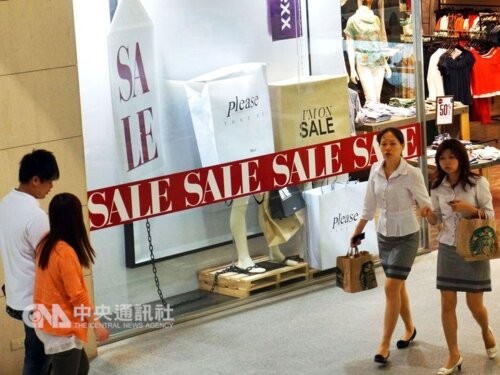 On the back of expectations of eased trade tension between the United States and China, Taiwan, an export- oriented economy, is likely to see its gross domestic product (GDP) growing 2.45 percent in 2020, the Taiwan Institute of Economic Research (TIER) said Monday.

The growth forecast by TIER, one of Taiwan's leading think tanks in Taiwan, was higher than an estimated 2.40 percent increase for 2019, but the think tank seemed to be more cautious than the government, as the Directorate General of Budget, Accounting and Statistics (DGBAS) forecast in August that the local economy will grow 2.58 percent next year.

It was the first time that TIER had given its forecast for Taiwan's 2020 GDP growth.

TIER President Chang Chien-yi (張建一) told reporters that after wrapping up high-level trade negotiations in October, Washington and Beijing are expected to sign phase one of a deal later in the year, which is a positive sign for global trade.

In addition, major central banks around the world have adopted looser monetary policies to boost liquidity and help the economy, Chang said, from which Taiwan is expected to benefit.

The economist said Taiwan is expected to perform better than its neighbors such as Hong Kong, South Korea and Singapore, which could see their GDP growths ranging between 1 percent and 2 percent in 2020.

According to TIER, Taiwan's exports of merchandise and services are expected to grow 3.30 percent in 2020, compared with a 3.16 percent increase estimated by the think tank for 2019.

It said that with rising demand for high performance computing devices, the Internet of Things applications and smartphones, Taiwan's exports are expected to grow in 2020.

The country's imports of merchandise and services are expected to grow 3.45 percent in 2020 compared with an estimated 2.74 percent increase by TIER for 2019.

In terms of domestic demand, Chang said, Taiwan is expected to continue to benefit from increasing investment by semiconductor suppliers and an increase in funds injected into 5G infrastructure.

As a result, he went on, Taiwan's private investment is expected to grow 3.86 percent in 2020, but the figure is lower than an estimated 5.54 percent for 2019, when more and more Taiwanese companies returned home to invest in a bid to avoid the impact of the Washington-Beijing trade dispute, which has raised the comparison base.

Similarly, fixed capital formation growth is expected to hit 4.20 percent in 2020, shy of an estimated 6.36 percent for 2019, according to TIER.

The think tank said private consumption is expected to grow 2.03 percent in 2020 under improved economic fundamentals, compared with an earlier estimated increase of 1.82 percent.

Meanwhile, the think tank said the 2.40 percent GDP growth expected for 2019 represents an upgrade from a 2.12 percent increase estimated in July.

Despite the upgrade, TIER remained more cautious than the DGBAS, which forecast in August that Taiwan's 2019 GDP will grow 2.46 percent.

Chang said Taiwan has benefited from diversion effects from the global trade disputes in 2019 and these benefits are expected to continue into 2020.

A report released by the United Nations Conference on Trade and Development last week showed Taiwan to be the largest beneficiary of the diversion effects in the first half of this year, with additional exports of about US$4.2 billion to the U.S. market, ahead of Mexico's US$3.5 billion.

According to TIER, Taiwan's consumer prices are expected to grow 0.65 percent from a year earlier in 2019, and the growth for 2020 is expected to hit 1.10 percent.