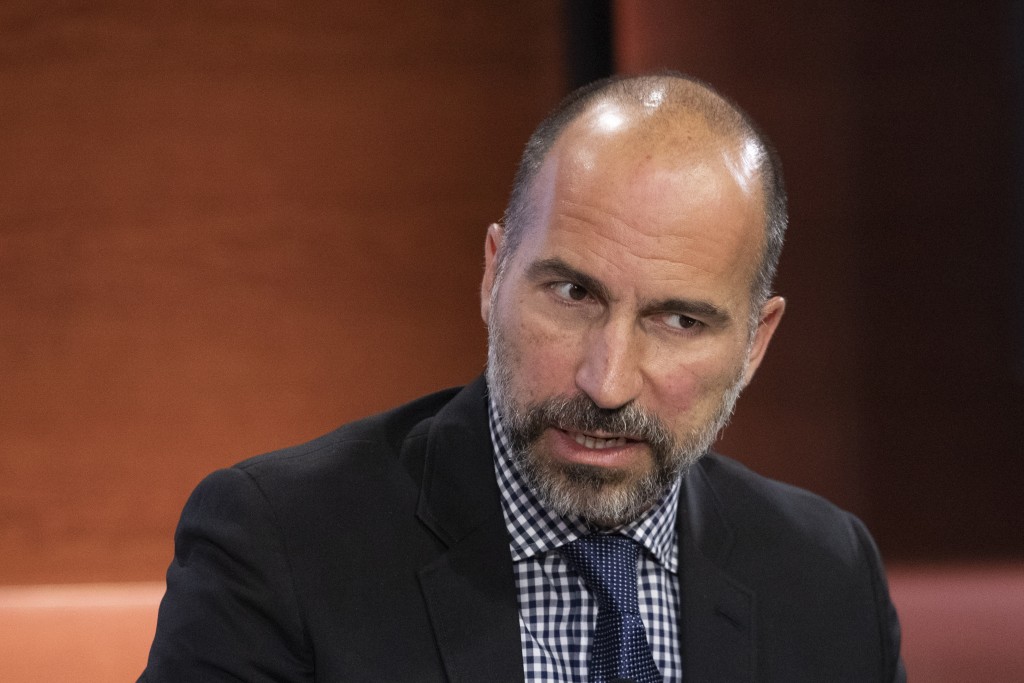 Khosrowshahi later said he regretted his comments. He tweeted Monday that there's no forgiving or forgetting what happened to Khashoggi and he was wrong to call it a mistake.

U.S. and United Nations officials suspect that Saudi Arabia's Prince Mohammed bin Salman played a role in Khashoggi's slaying, but the Kingdom denies it. In his interview with Axios, Khosrowshahi said people make mistakes, and it doesn't mean they can never be forgiven.

Saudi Arabia's sovereign wealth fund has invested heavily in Uber and its managing director sits on Uber's board.

Khosrowshahi was brought in as CEO to turn around a company plagued with self-inflicted wounds.