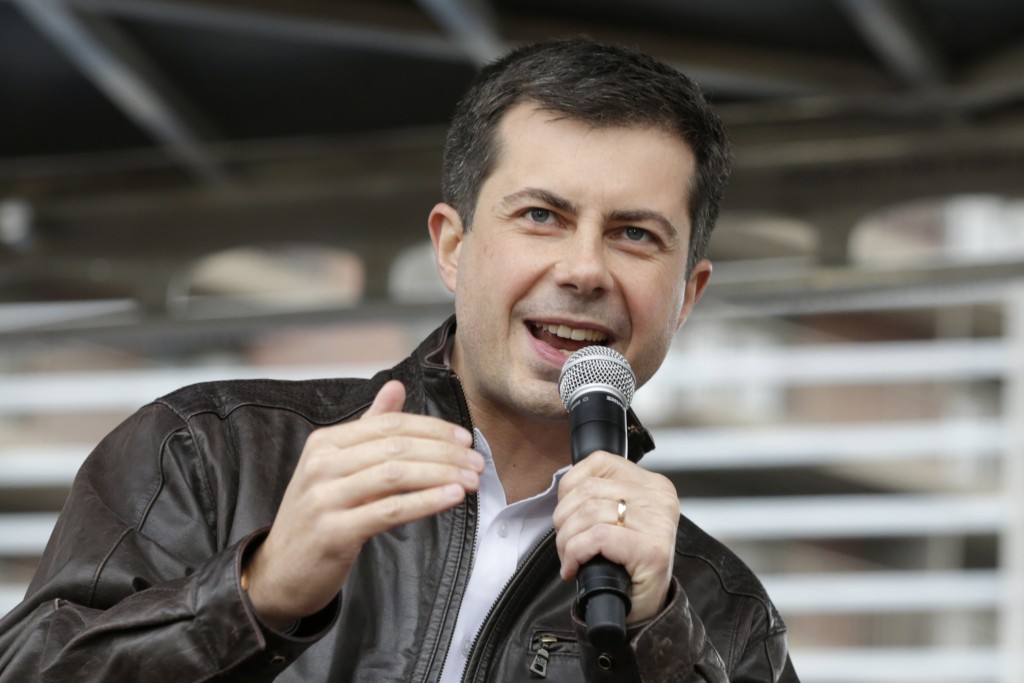 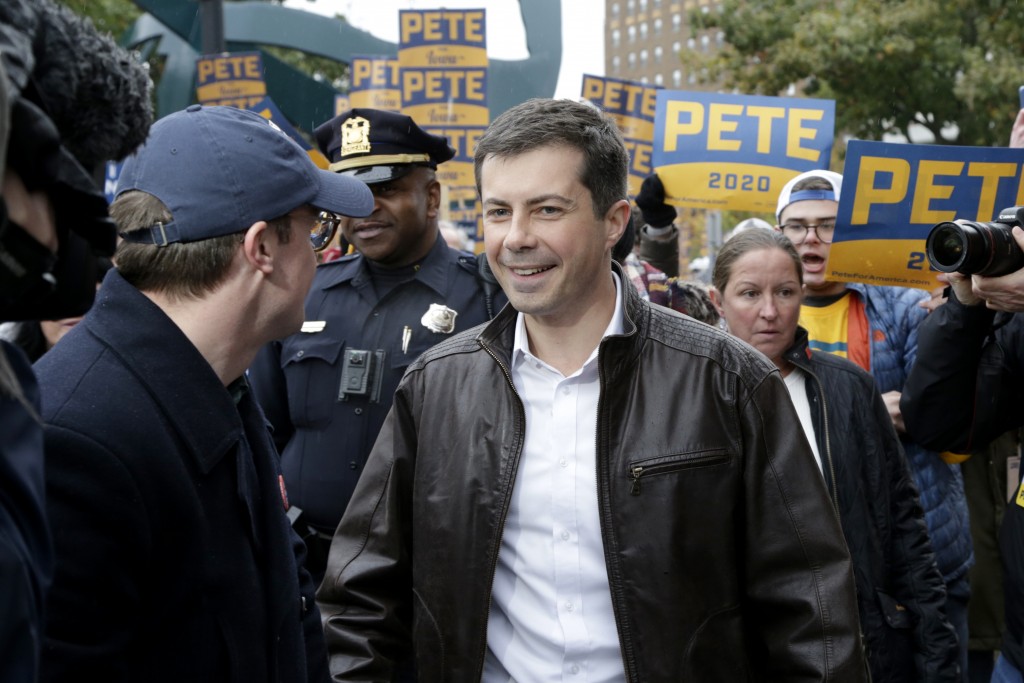 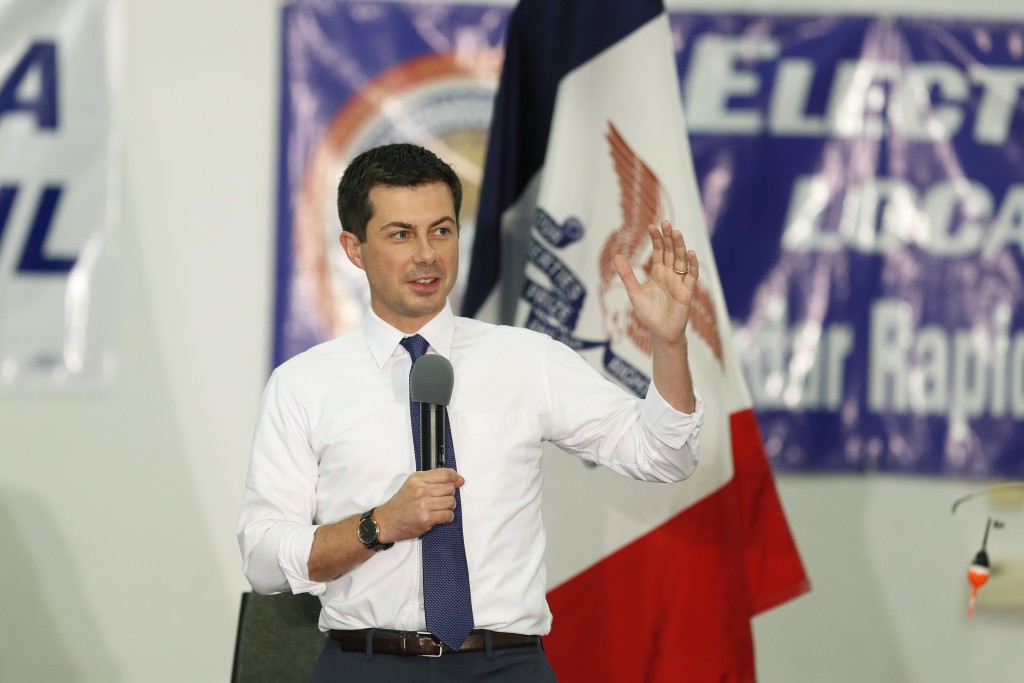 WASHINGTON (AP) — Democratic presidential candidate Pete Buttigieg says if elected he'd like to name a woman to lead the Department of Veterans Affairs for the first time, part of a broader plan to spur cultural changes addressing the needs of the military's fastest-growing group.

The 37-year-old South Bend, Indiana, mayor is unveiling a wide-ranging proposal to fix the VA in a Veterans Day address in Rochester, New Hampshire.

He says that for too long the needs of female veterans and service members — including responses to sexual harassment, women's health and job training — have been neglected.

"I think leadership plays a huge role so absolutely I'd seek to name a woman to lead VA," Buttigieg, a former Navy intelligence officer, said in an interview with The Associated Press. His comments went a step beyond his 21-page plan being released on Monday.

Of the Cabinet and Cabinet-level roles, only four have never been held by a woman: Veterans Affairs, Defense, Treasury and White House chief of staff. Buttigieg says he'd take a close look at appointing a female defense secretary as well.

Taking aim at President Donald Trump, who proudly points to veterans as standing among his biggest supporters, Buttigieg's plan would broadly boost core VA health care, such as increasing doctor pay to attract top candidates and filling 49,000 VA positions that have sat vacant as the Trump administration pushed an expansion of the Veterans Choice program. That expanded program, one of Trump's signature accomplishments, would steer more veterans to private-sector doctors outside the VA.

Buttigieg says if elected he would look at rolling back some of the administration's rules expanding Choice in favor of strengthened in-house care and invest in added training for suicide prevention while creating a 24/7 VA "concierge" service to guide at-risk vets into mental health care.

Many veterans view VA facilities as best-suited to treat battlefield injuries such as post-traumatic stress disorder.

"The president has let veterans down," Buttigieg said.

Buttigieg's plan also would seek to improve responses to sexual assault in the military by shifting prosecution from military commanders to independent prosecutors and stem homelessness among women vets, many of whom may have experienced sexual trauma .

He pointed to his seven-month deployment in Afghanistan in 2014 and watching the impact a female general had "culturally" on the NATO-led International Security Assistance Force.

"When a leadership body is more gender diverse, it makes better decisions. So I would absolutely be looking at that," Buttigieg told the AP. He's previously pledged to appoint women to at least 50% of his Cabinet positions.

While veterans overall have strongly backed Trump throughout his presidency, views vary widely by party, gender and age, according to AP VoteCast, a survey of 2018 midterm voters. In particular, younger veterans and women generally were more skeptical of Trump, who never served in the military and received multiple draft deferments to avoid going to Vietnam.

A study released by the VA earlier this year found 1 in 4 female veterans using VA health care reported inappropriate comments by male veterans on VA grounds, raising concerns that they may delay or miss their treatments. The VA also has rebuffed efforts by Iraq and Afghanistan Veterans of America and other groups to change the VA motto, which some vets believe is outdated and excludes women. That motto refers to the VA's mission to fulfill a promise of President Abraham Lincoln "to care for him who shall have borne the battle, and for his widow, and his orphan."

Buttigieg said he would direct his VA secretary to change that motto to "fairly represent the diversity of service members and veterans."

Currently, there are more than 20 million veterans of the U.S. armed forces, about 10% of them female, the fastest growing subgroup. In the U.S. military forces, about 17% of those enlisted are women, up from about 2% in 1973.