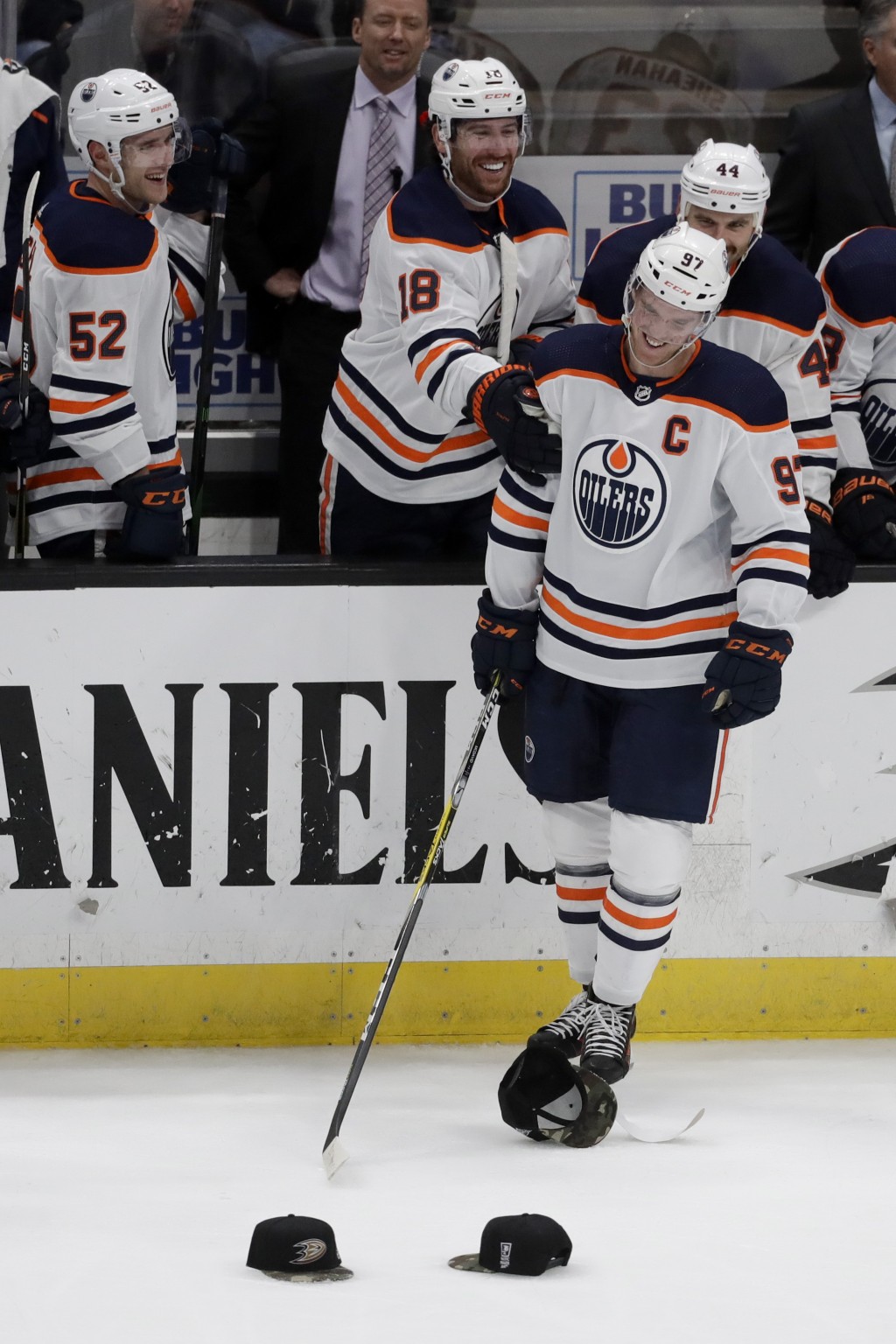 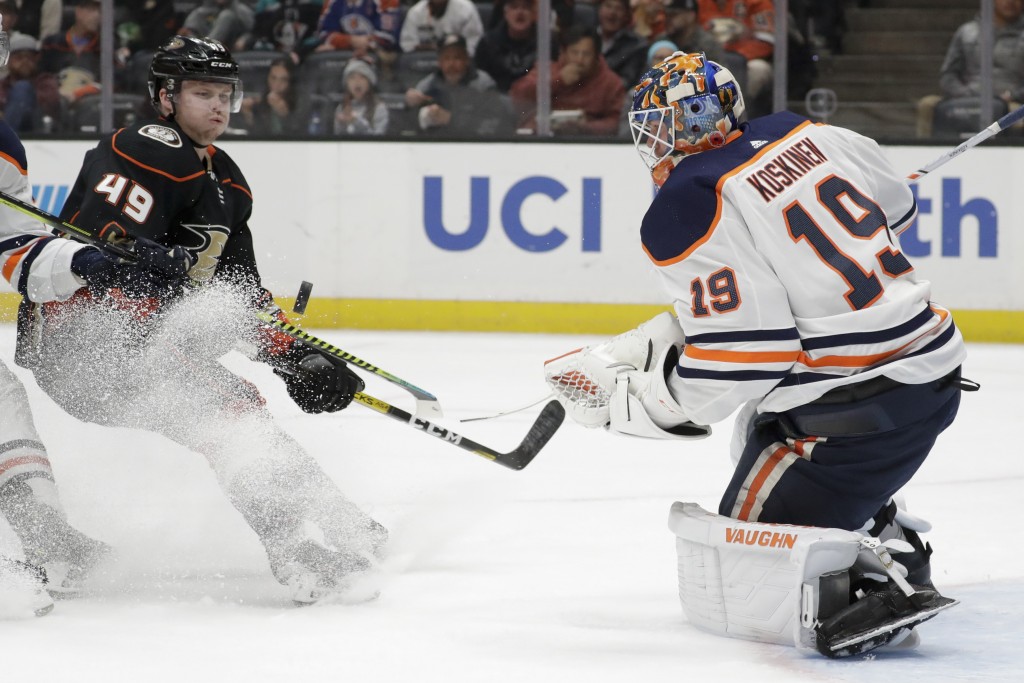 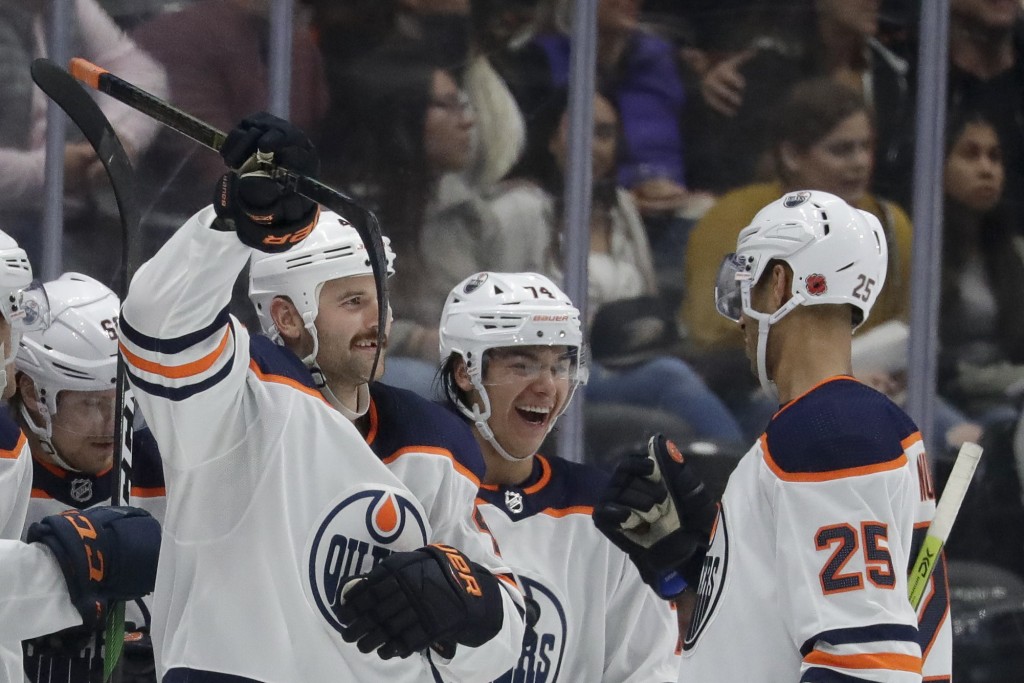 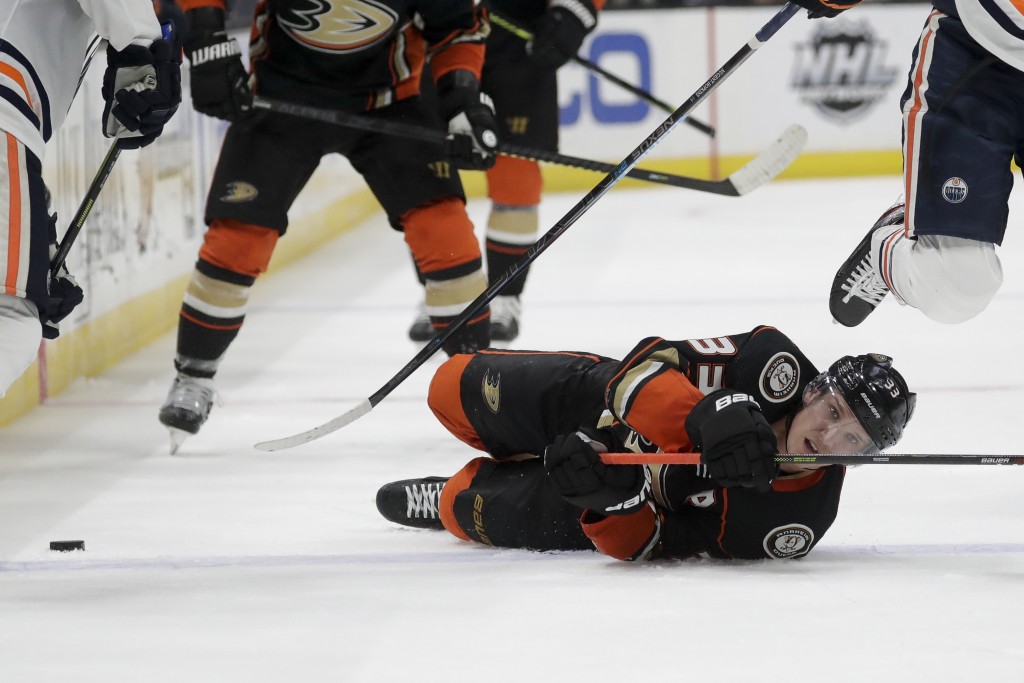 ANAHEIM, Calif. (AP) — Connor McDavid had a hat trick and became the eighth NHL player to record 400 points before his 23rd birthday as the Edmonton Oilers defeated the Anaheim Ducks 6-2 on Sunday night.

It is the fifth hat trick of McDavid's career and his first since Feb. 18, 2018, against Colorado. Edmonton's superstar center is the 13th player in league history to reach 400 points in 306 or fewer games.

Ryan Nugent-Hopkins also scored twice for the Oilers, who have won four of their last six. Zack Kassian had a goal and two assists and Leon Draisaitl added three assists to move into the NHL scoring lead with 33 points (14 goals, 19 assists).

Oscar Klefbom had a pair of assists and Mikko Koskinen made 31 saves for his seventh win in 10 games.

McDavid reached the 400-point milestone with 9:06 remaining in the first period when his wrist shot beat Gibson to give the Oilers a 2-1 lead.

McDavid then completed the hat trick with a pair of third-period goals. He put another wrist shot past Gibson at 7:14 to give Edmonton a 5-2 lead and then got his fourth power-play goal of the season with 6:35 remaining.

Nugent-Hopkins notched the 17th multi-goal game of his career after coming into the game with only one goal. He put the Oilers on the board 88 seconds into the game when he took advantage of a turnover behind the Anaheim net and jammed it past Gibson's short side. Edmonton's James Neal pressured Anaheim's Korbinian Holzer to turn it over, allowing Nugent-Hopkins to take advantage for his second goal of the season.

He then added a power-play goal at 7:45 of the second period with a snap shot the found the upper left corner of the net.

Rakell tied it at one when he was able when he lifted a backhand over Koskinen's shoulder for his fifth of the year. Jakob Silfverberg was able to gain possession behind the net and fed it to a wide-open Rakell, who was playing in his 400th NHL game.

Steel got his first goal of the season early in the third with a wrist shot that beat Kosskinen on his stick side.

NOTES: Anaheim placed D Hampus Lindholm on injured reserve due to a lower-body injury. Lindholm, who leads the Ducks in assists with nine, missed two games last month due to the same injury. ... Rakell is the 16th player in Anaheim franchise history to appear in 400 games. ... C Sam Steel assisted on Jones' goal and has four assists in the last three games.