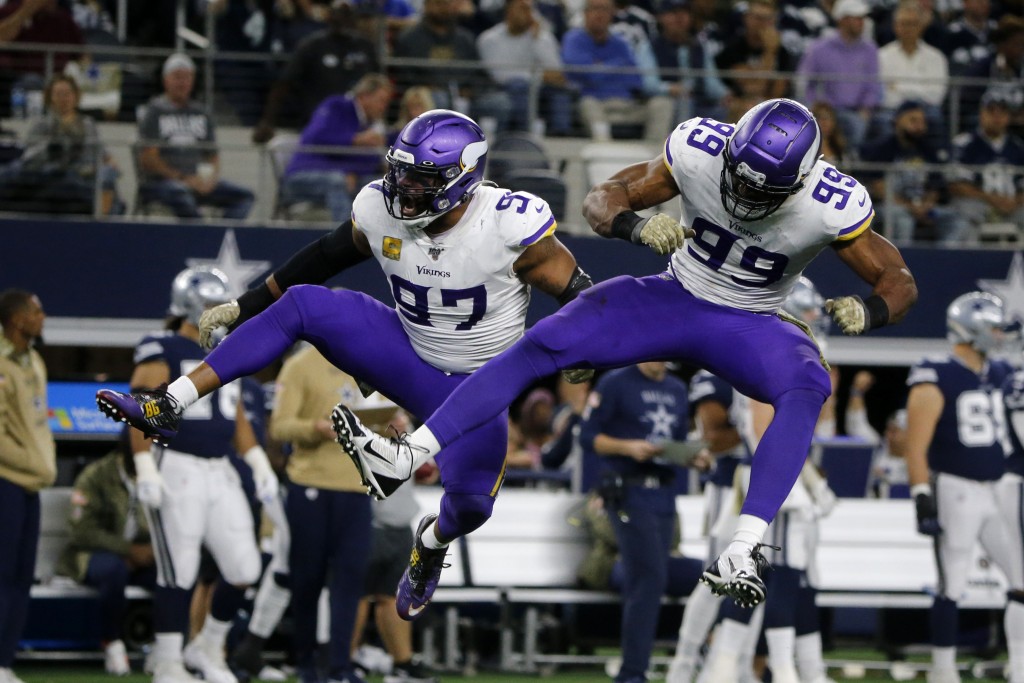 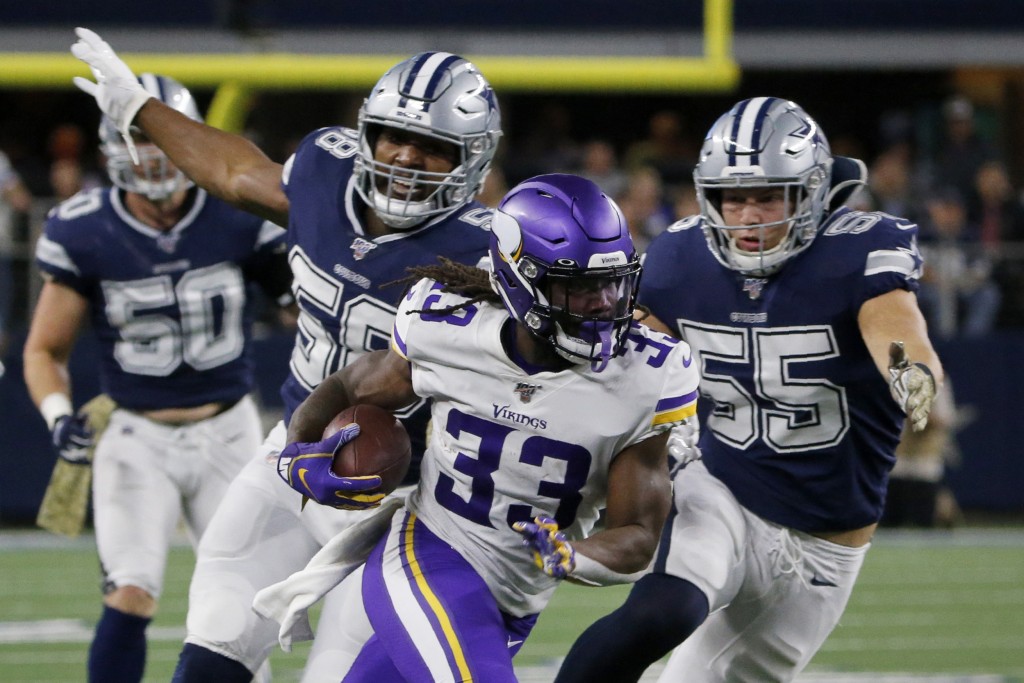 ARLINGTON, Texas (AP) — Dalvin Cook ran for 97 yards, including the go-ahead touchdown on fourth down, and had 86 yards receiving to set up three other scores, helping the Minnesota Vikings beat the Dallas Cowboys 28-24 on Sunday night.

Cook, the NFL rushing leader, easily outplayed two-time rushing champion Ezekiel Elliott as the Vikings (7-3) beat a winning team on the road for the first time in almost two years. Minnesota was 0-9-1 in its previous 10 such games.

Amari Cooper had the most circus catches on a night full of them for both teams, including a toe-tapping TD for Dallas' only lead in the third quarter.

Elliott had 47 yards on 20 carries after three straight 100-yard games as the Cowboys (5-4) fell into a first-place tie with Philadelphia in the NFC East.

Despite throwing for 397 yards and three touchdowns, Prescott lost to Cousins for the first time after going 4-0 against the former Washington quarterback as a division rival.

Cousins, who had 220 yards passing, beat the Cowboys for the second time in eight tries as the Vikings kept pace in the NFC North, a game behind division-leading Green Bay.

Trailing by four in the final two minutes, the Cowboys had a first down at the Minnesota 19 but insisted on continuing to force the ball to Elliott when the Vikings had made it clear they were stopping him first.

Two runs netted minus-3 yards, and the Cowboys went to Elliott again on fourth down even though it was a pass. Linebacker Eric Kendricks broke up the sideline throw to Elliott, a dual threat like Cook but not on this night. He had two catches for 16 yards.

The Cowboys got the ball back with 17 seconds left, but Jayron Kearse intercepted Prescott's desperation pass from near midfield in the end zone.

The Vikings thought they had gone ahead on what was ruled a 17-yard touchdown by Alexander Mattison, but he was ruled down at the 1 on review. After a false start and a third-down stuff of fullback C.J. Ham from the 1, Cook scored on fourth-and-goal from the 2 on the final play of the third quarter.

Rudolph, who started the night of circus catches with a one-handed grab in the back of the end zone and scored on another short TD toss, put Minnesota up 28-21 by winning a jump ball with cornerback Chidobe Awuzie for a 2-point conversion.

The Cowboys had a first down at the Minnesota 6, but settled for a field goal and a 28-24 deficit after one of several smothered runs by Elliott was followed by two incompletions.

Then the player Dallas gave up a first-round pick for at midseason last year had two toe-dragging catches in a row, the second a 12-yard touchdown strike that put the Cowboys in front for the first time 21-20 in the third quarter. Cooper had 11 catches for 147 yards.

Randall Cobb made a lunging catch in the end zone on a 22-yard touchdown catch.

Vikings: RG Josh Kline was ruled out with a concussion in the second half.

Cowboys: S Jeff Heath left with a shoulder injury in the first half.

Vikings: Denver at home next Sunday before their open week.

Cowboys: At Detroit next Sunday.