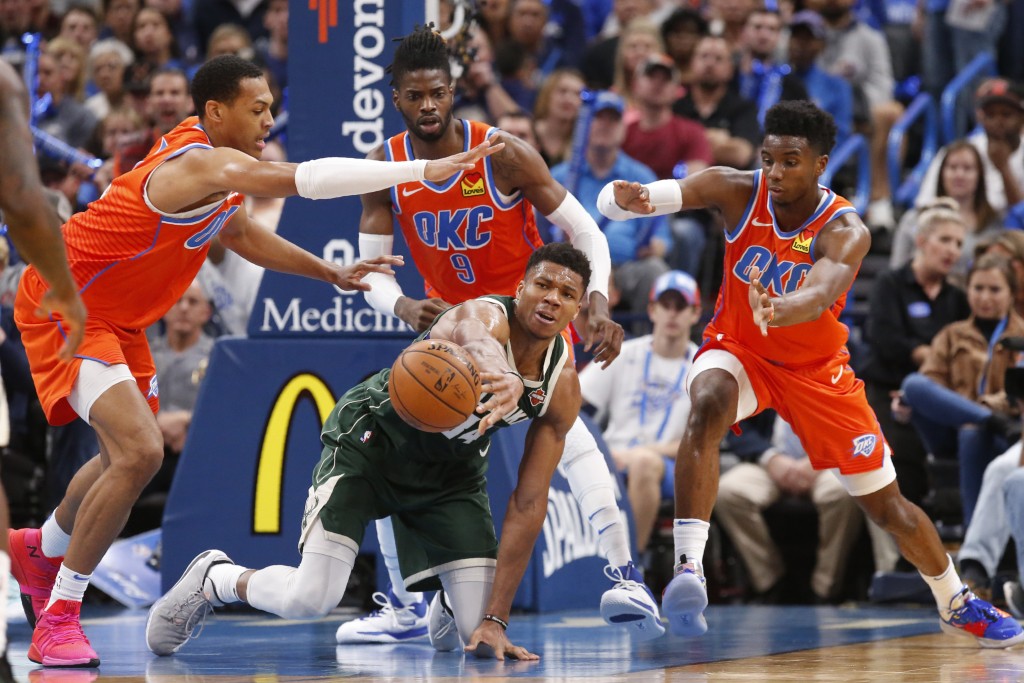 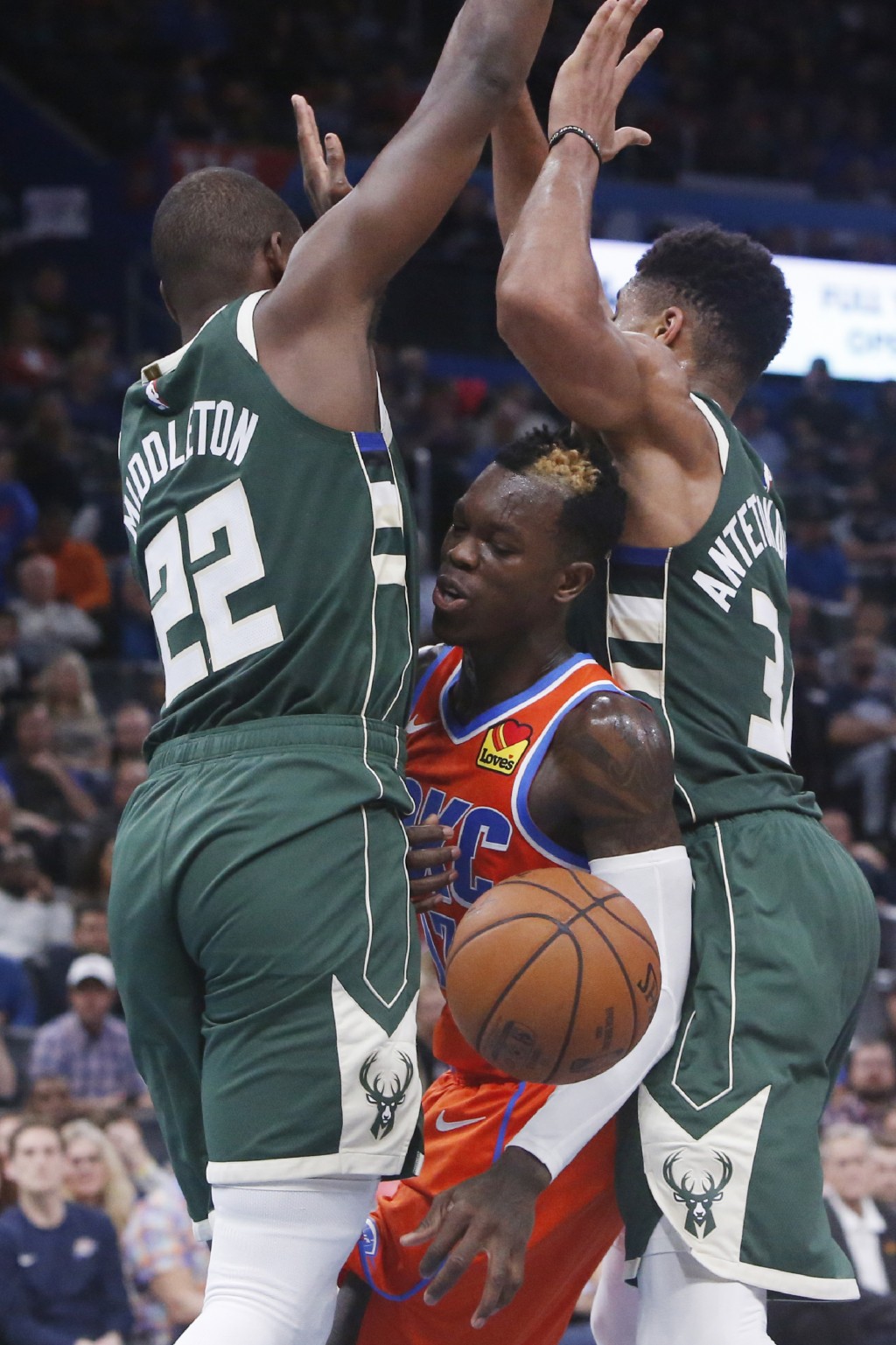 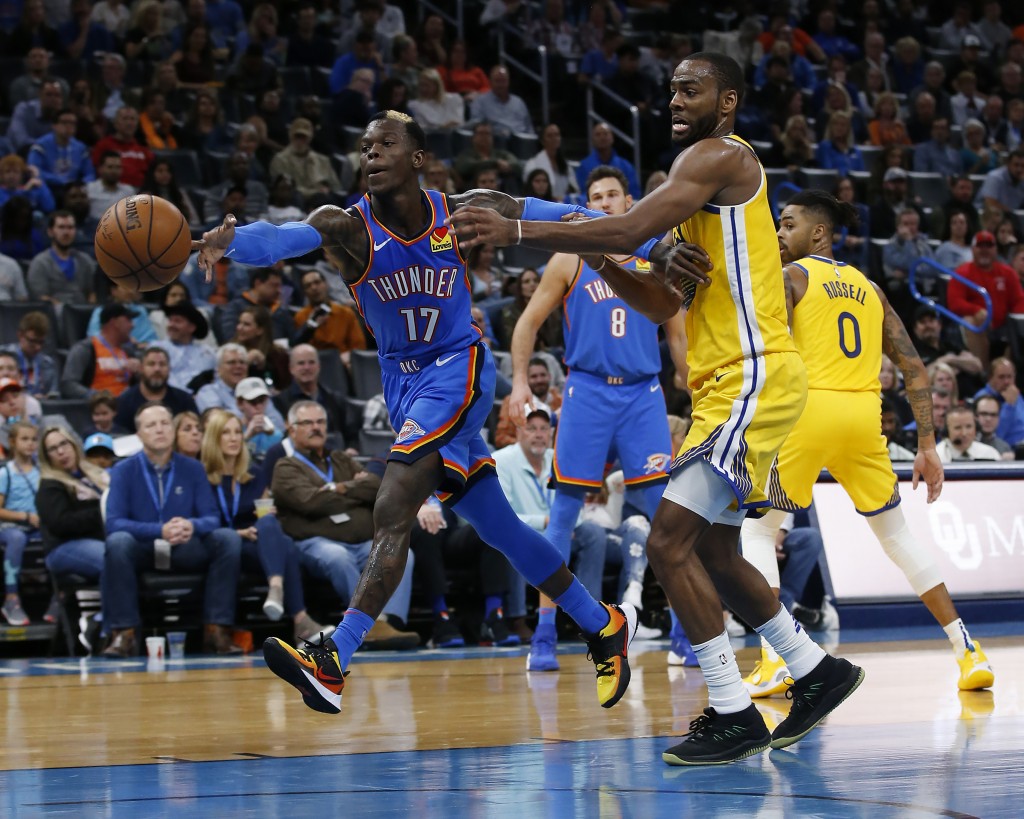 Antetokounmpo scored 24 points in the second half. Eric Bledsoe added 25 points and nine assists for the Bucks, who have won five of six.

Oklahoma City's Danilo Gallinari hit a 3-pointer with 32.3 seconds left to tie the game at 114, but Milwaukee's Brook Lopez made a 3-pointer at the other end with 24.5 seconds remaining.

Gallinari missed a clean look at a 3, then Milwaukee's George Hill made two free throws with 10.5 seconds left to put the Bucks in control.

Mike Muscala's 3-pointer with 2.5 seconds left in the first half gave the Thunder a 56-50 edge at the break. He made three 3-pointers in the second quarter to help Oklahoma City take the lead.

The Thunder pushed their lead out to nine points early in the third quarter before Milwaukee rallied and led 87-80 heading into the fourth.

Bucks: F Kyle Korver sat out with a head contusion. ... G Khris Middleton left the game with a left thigh contusion and did not return. He finished with 10 points. ... Lopez was called for a technical foul in the fourth quarter.

Thunder: C Steven Adams sat out with a left knee contusion. Coach Billy Donovan said he doesn't consider the injury serious. ... G Andre Roberson (recovery, left knee) still hasn't played this season. ... Gallinari made just 1 of 9 shots in the first half. He had made just 3 of 15 shots before the 3-pointer that tied the game in the final minute.

The Bucks host the Chicago Bulls on Thursday.

The Thunder visit the Indiana Pacers on Tuesday.