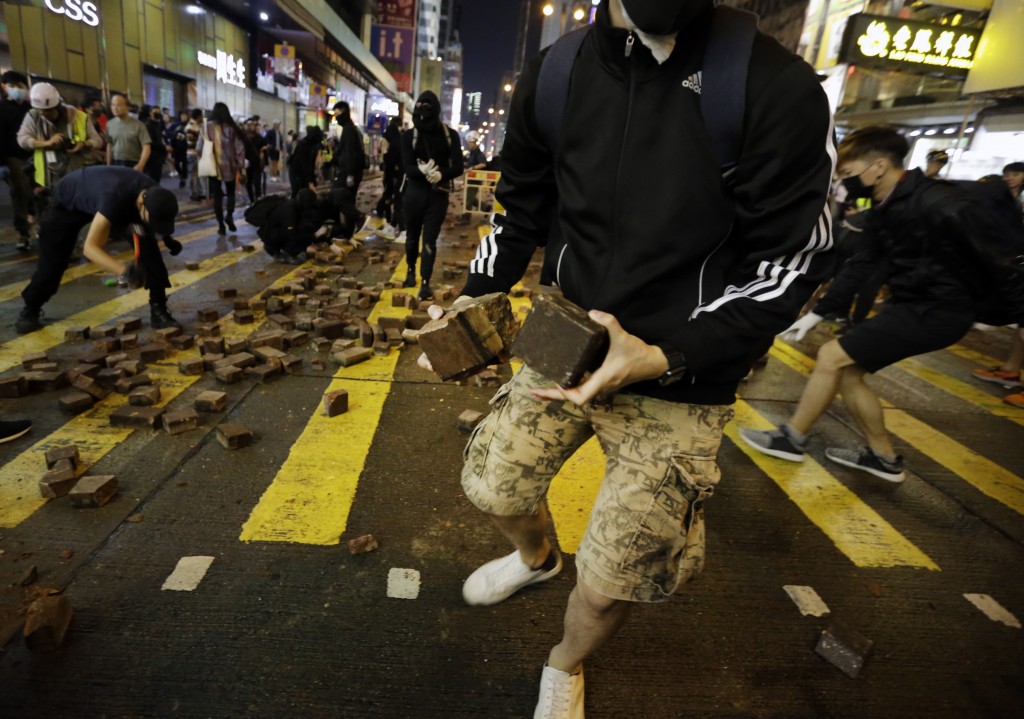 A police officer collars one protester and then shoots another who approaches in the video posted on Facebook on Monday by online video outlet Cupid Producer.

The shooting occurred in a crosswalk at a large intersection strewn with debris that had backed-up traffic.

The officer also fires at a third protester who approached. It was unclear if the protester was hit.