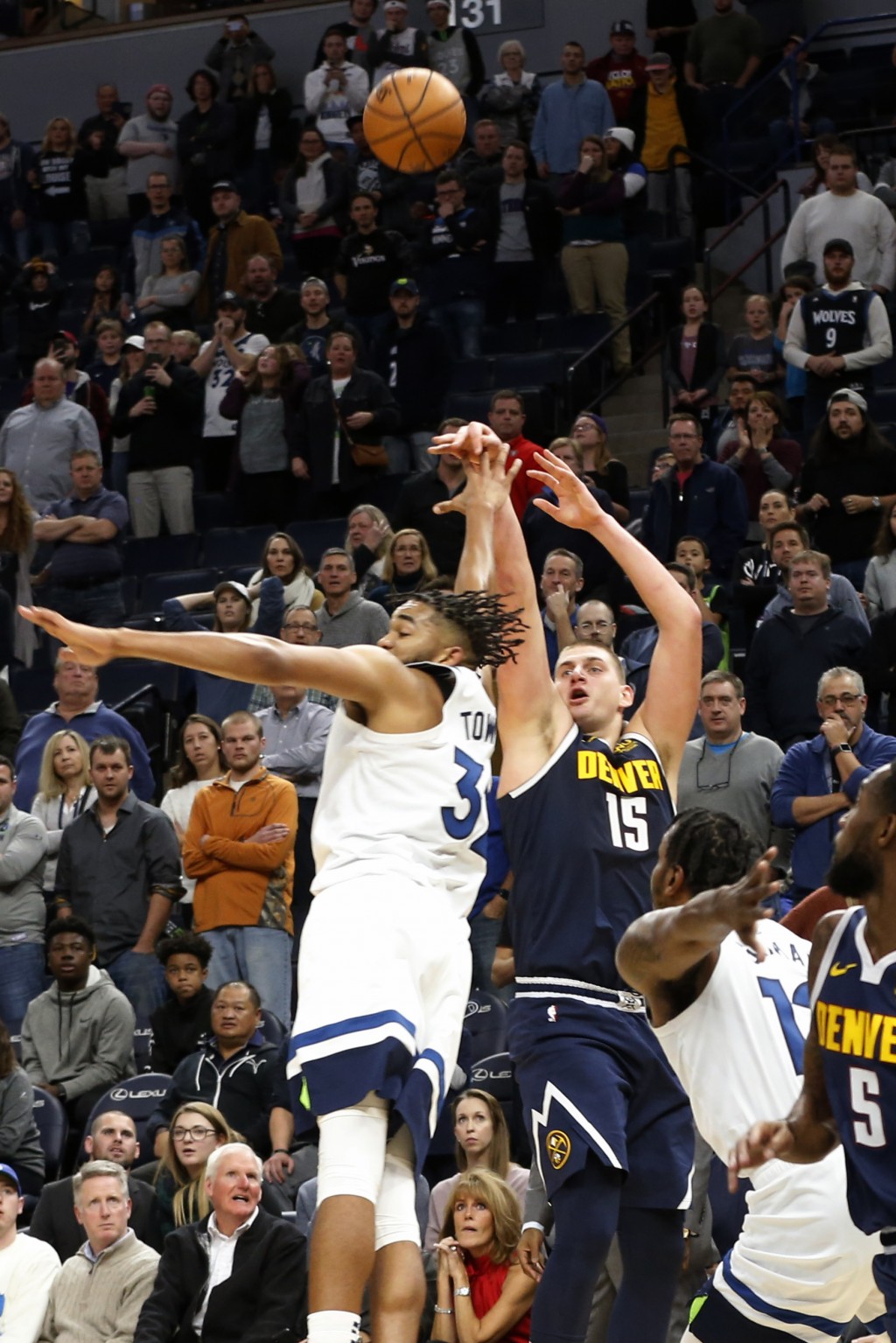 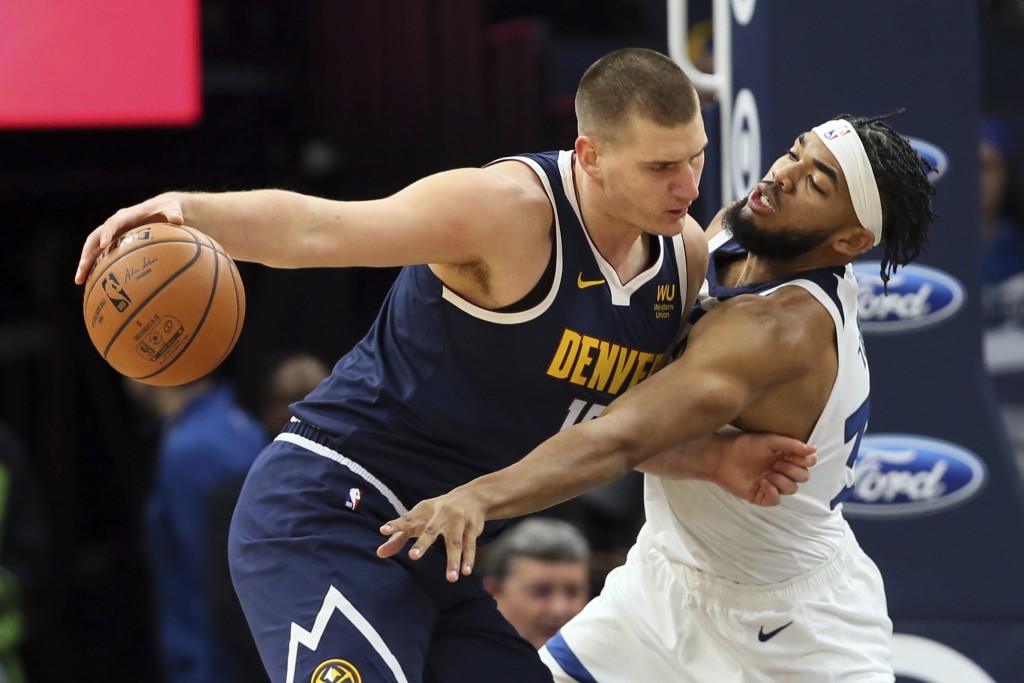 MINNEAPOLIS (AP) — Nikola Jokic hit a fadeaway jumper with 2.4 seconds left to give the Denver Nuggets a 100-98 overtime victory over the Minnesota Timberwolves on Sunday.

Jokic had 20 points, six rebounds and seven assists to help Denver win its fourth straight game. Will Barton had 13 points, including a pair of 3s in overtime, and 12 rebounds. Paul Millsap scored all 14 of his points during a big third-quarter run and had 10 rebounds.

Karl-Anthony Towns had 25 points and 16 rebounds for Minnesota. Towns sent it to overtime with a corner 3, but the Wolves shot a season-low 13.3% from 3-point range and 35.1% overall from the field.

Furkan Korkmaz scored 17 points and keyed a Sixers' run in the third quarter in their return home from a four-game trip. Korkmaz hit a 3 with just 0.4 seconds left to beat Portland for the lone win on the trip.

Cody Zeller had 24 points for the Hornets.

Malcolm Brogdon and T.J. Warren scored 19 points each to help the Pacers win for the sixth time in seven games. Doug McDermott had 18 points and T.J. McConnell added 12 points and eight assists.