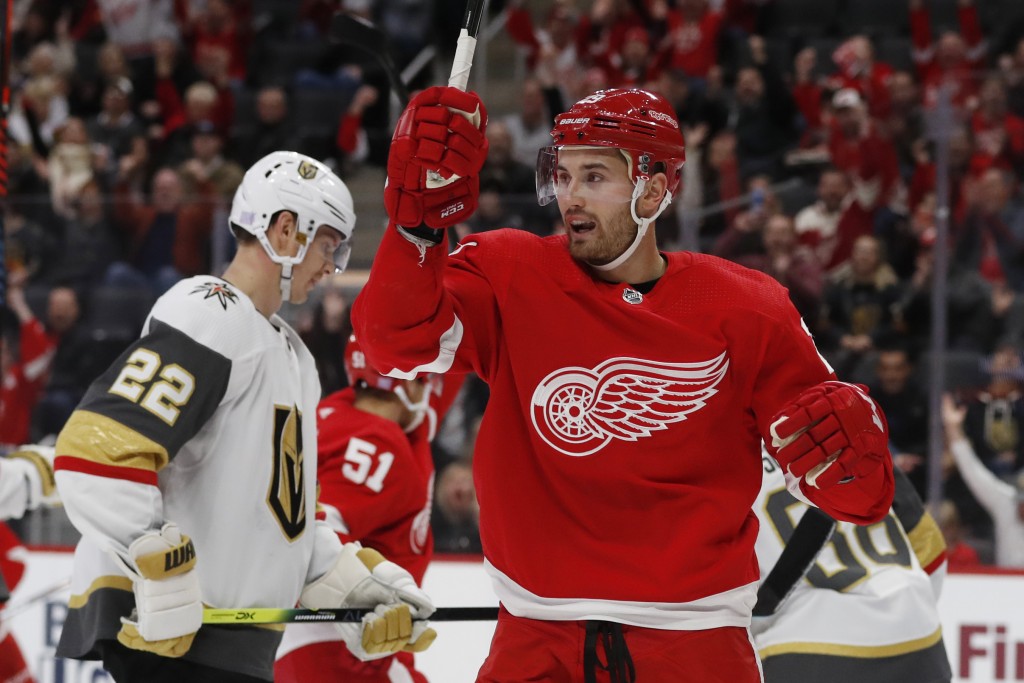 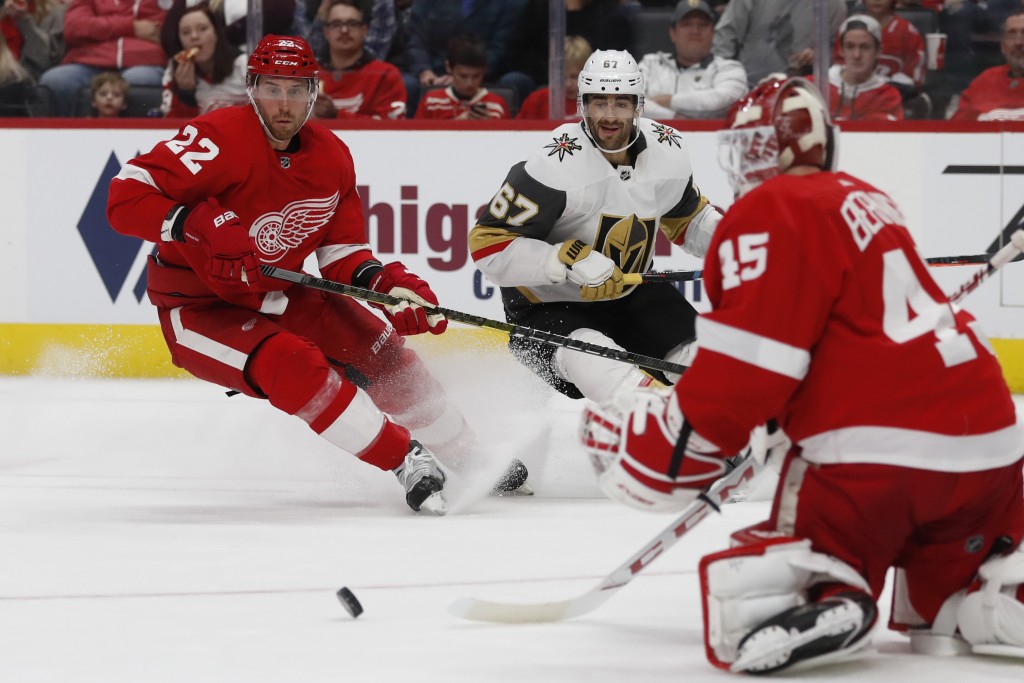 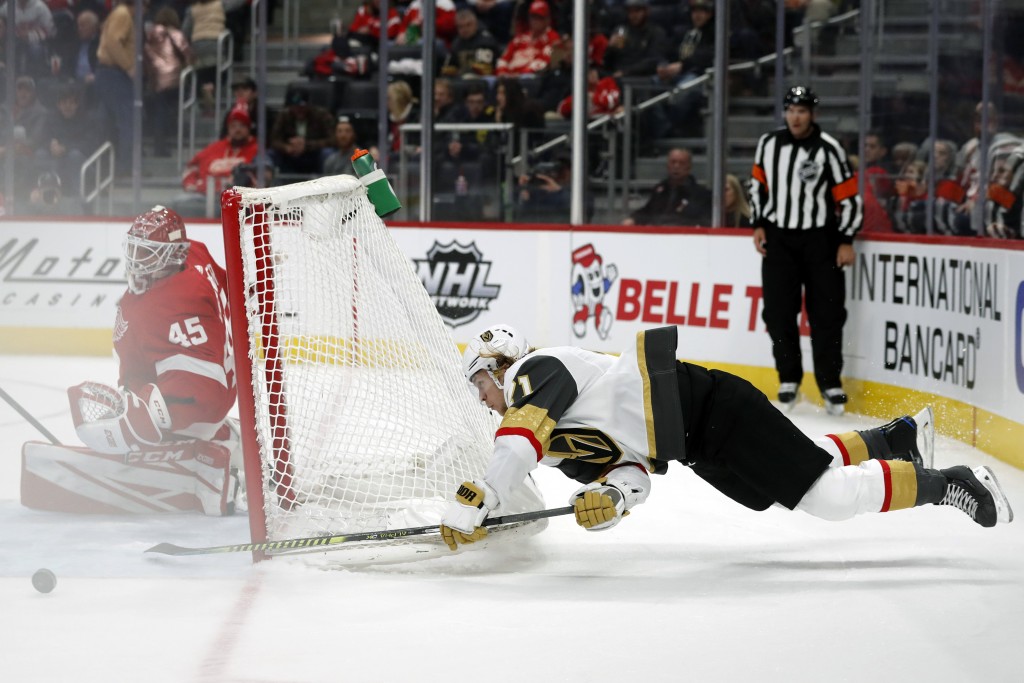 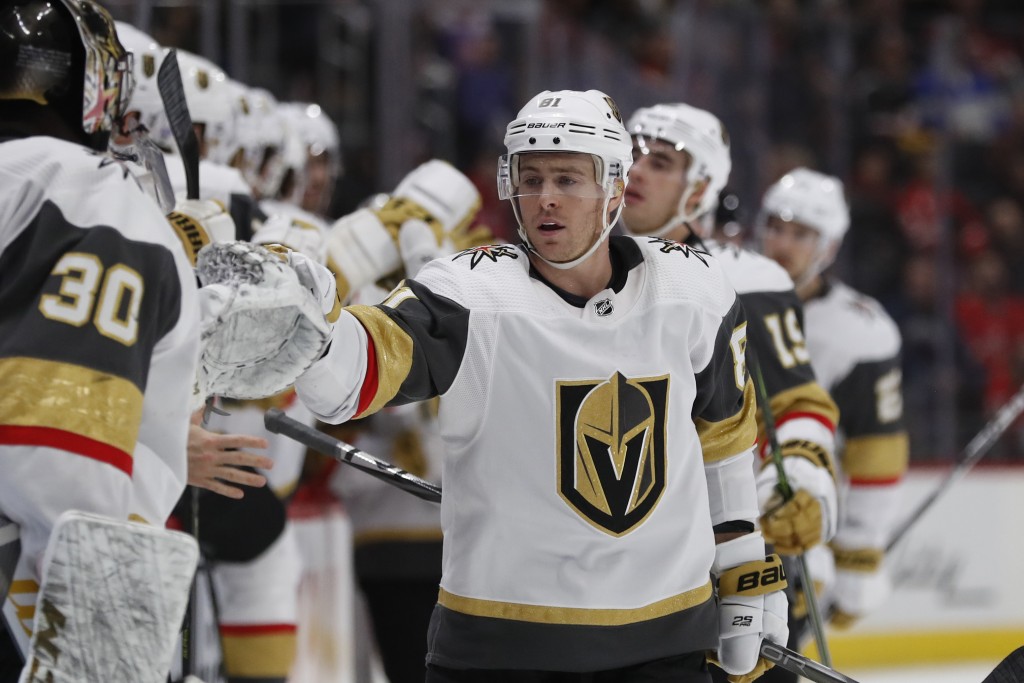 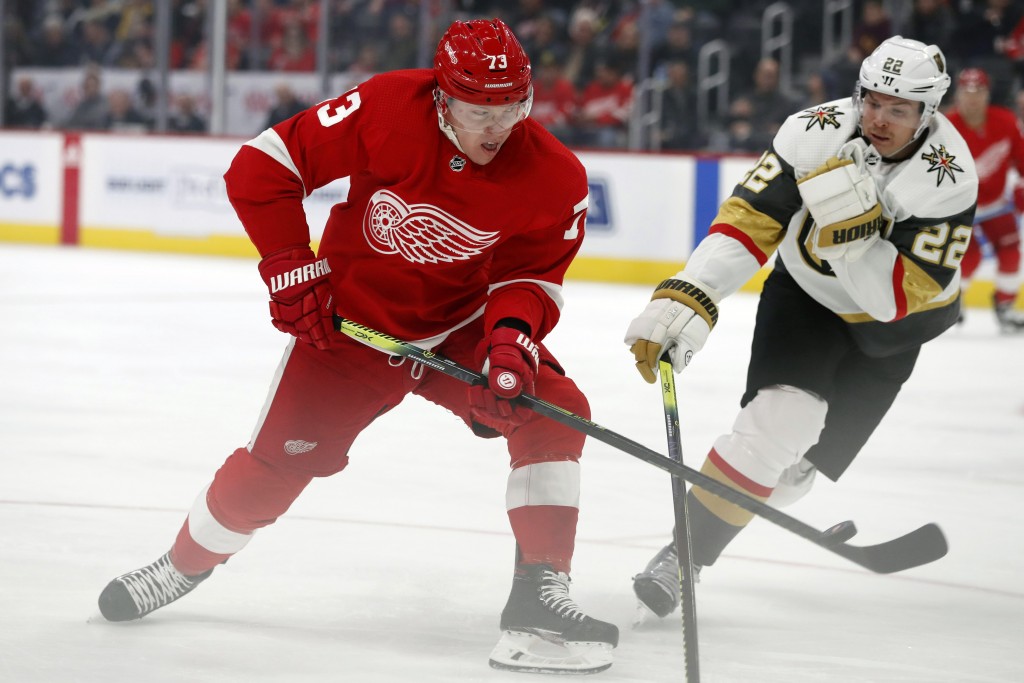 DETROIT (AP) — Anthony Mantha scored with 30.9 seconds left to give the Detroit Red Wings a 3-2 comeback victory over the Vegas Golden Knights on Sunday night.

Mantha broke in alone off the right wing after taking a pass off the boards from Robby Fabbri, then beat goalie Malcolm Subban with a wrist shot from the right circle. Mantha has 11 goals this season.

Jonathan Marchessault and Max Pacioretty scored for Vegas and Subban stopped 16 shots. The Golden Knights are 1-2-3 in their last six.

Bowey tied it at 2 with 9:03 left in the third period, scoring from the inside portion of the right circle while being hauled down by the William Carrier. It was Bowey's first goal of the season.

Pacioretty gave Vegas a 2-1 lead 9:04 into the second period with a wrist shot from the top of the right circle. It was his sixth goal. It was one of only five total shots in a close-checking middle period. Vegas had three and the Red Wings two.

Marchessault gave the Golden Knights a 1-0 lead with 3:33 left in the first period. He converted Reilly Smith's cross-ice pass on a 2-on-1 rush. It was Marchessault's fourth goal.

Athanasiou tied it with a power-play goal with 45 seconds left in the opening period. He scored on a one-time shot from the right circle.