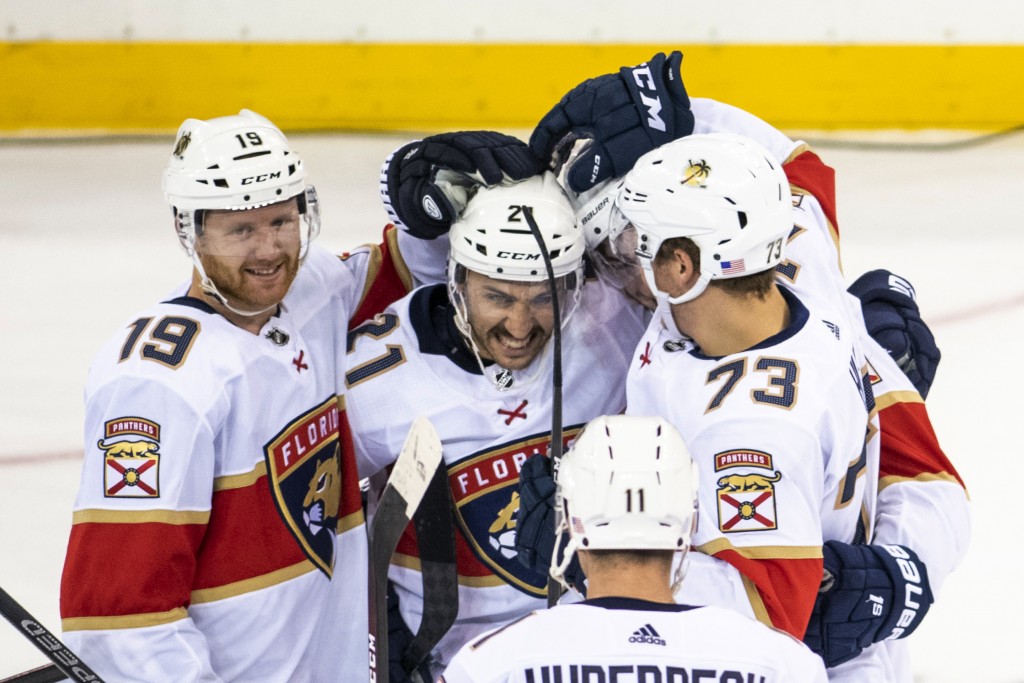 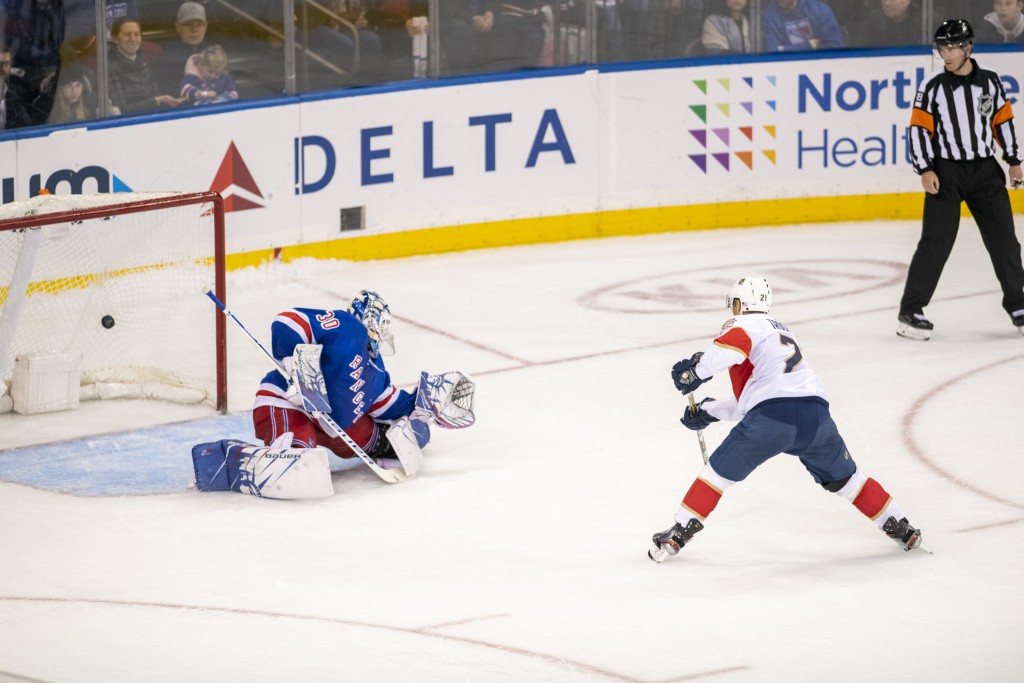 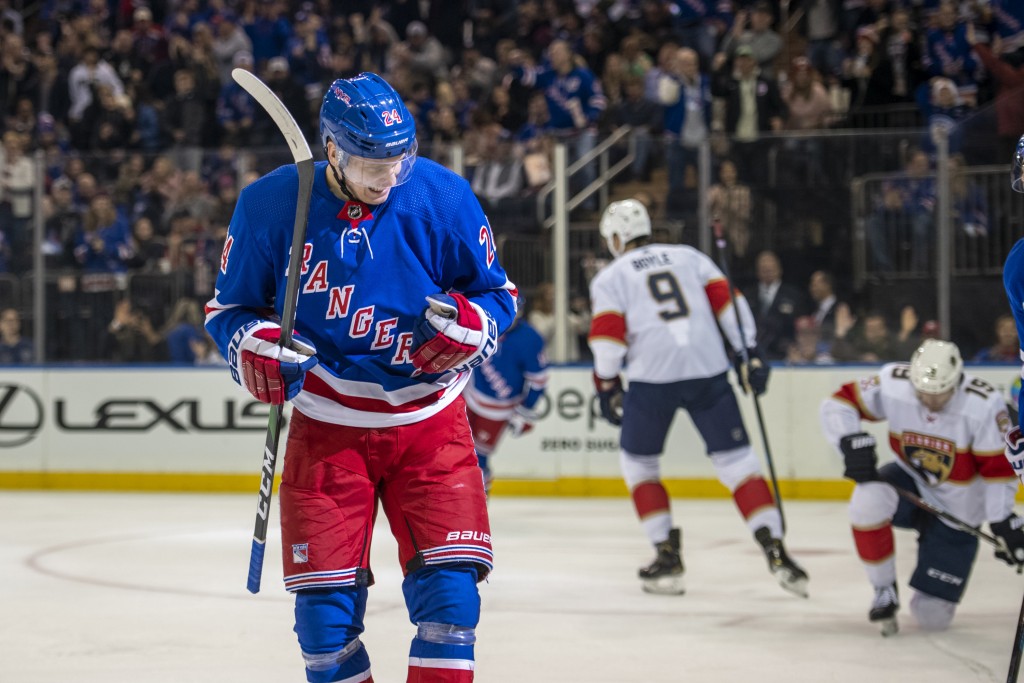 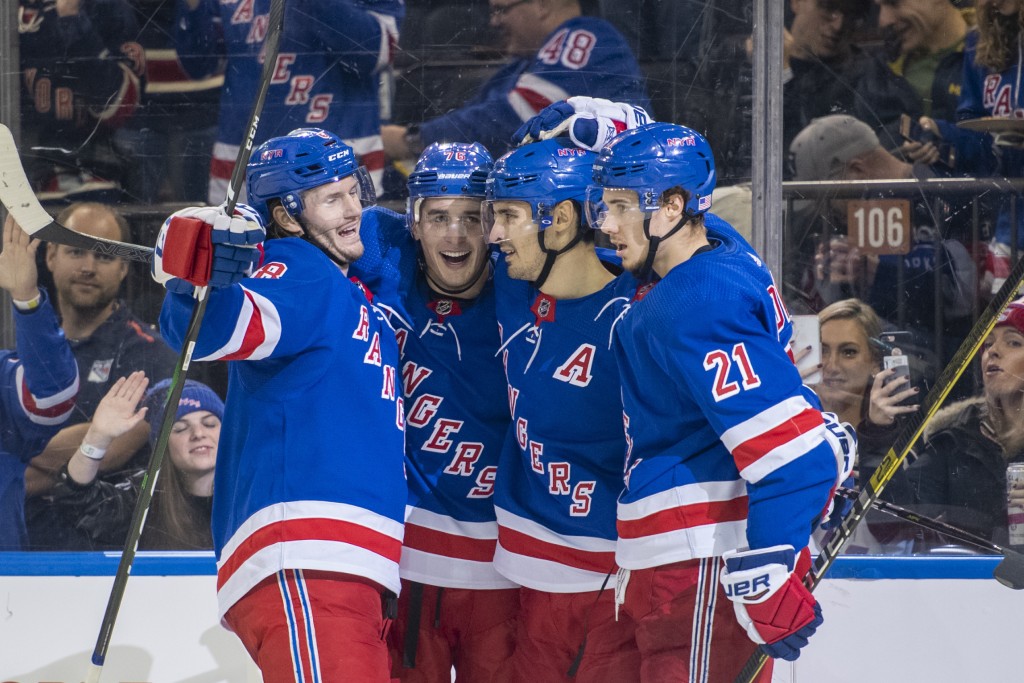 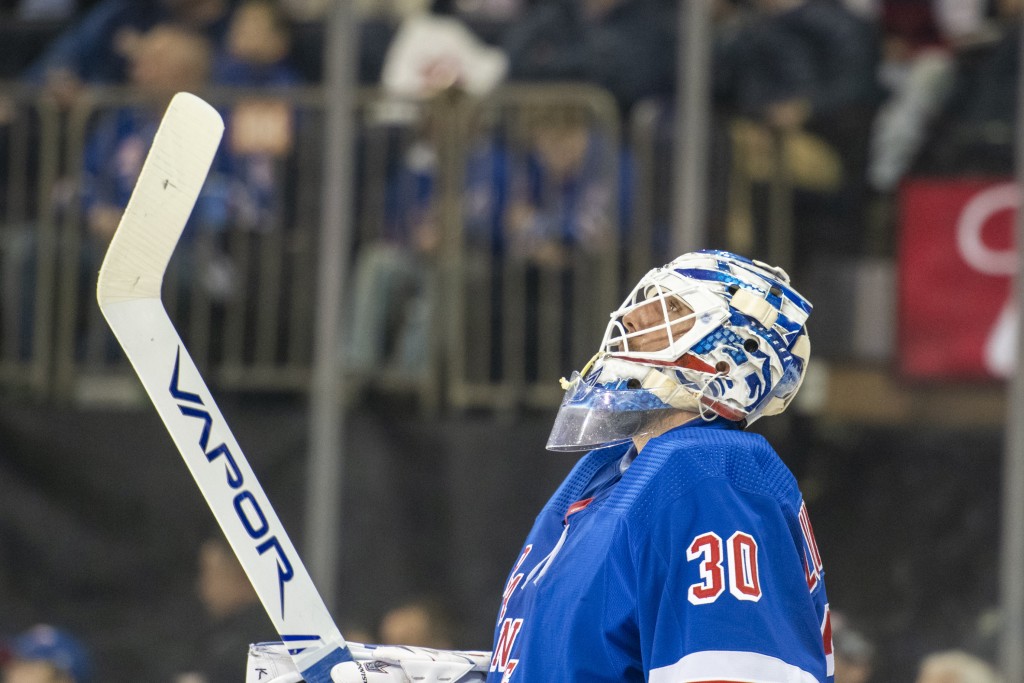 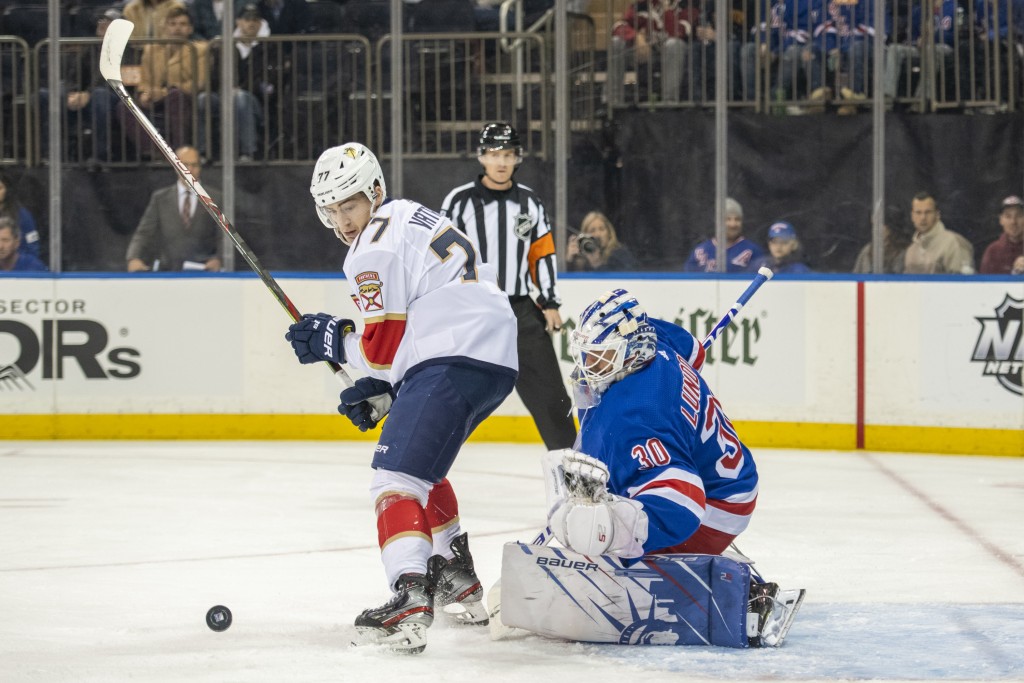 Frank Vatrano scored in regulation and converted in the shootout as the Panthers snapped a two-game skid. Evgenii Dadonov had a goal and two assists, while Aleksander Barkov had a goal and a helper. Sam Montembeault made 34 saves.

Kaapo Kakko scored the lone shootout goal and had a power-play goal, and Ryan Strome and Artemi Panarin each had two assists as the Rangers' two-game win streak ended. Henrik Lundqvist made 30 saves in his second straight start.

The other goals from the Panthers came from Dominic Toninato and Brian Boyle. The Rangers got goals from Ryan Lindgren, Filip Chytil, Brady Skjei and Chris Kreider, who capped off a combined six-goal second period with a power-play tally at 18:35 that gave New York a 5-4 lead.

The Panthers tied the game 7:01 into the third period when Boyle redirected a slap shot from the point by Keith Yandle.

Kakko gave the Rangers a 4-3 lead when he converted on the man advantage at 7:31 of the second period. New York has scored on six power plays over the last four games.

Vatrano scored the prettiest goal of the chaotic middle frame when he completed a backhand deke at 8:30 as the Panthers evened the game at 4-4.

Chytil knotted the score 2-2 after he danced around former Ranger Anton Stralman and fired a wrist shot past Montembeault at 1:28 of the middle period. Pavel Buchnevich sent a well-placed pass near center ice, which allowed Chytil to gain the offensive zone with speed. The Russian winger has five assists in the last three games and leads the team with 11 on the season.

Dadonov gave the Panthers a brief one-goal lead when he hammered a one-timer from the high slot at 4:42 of the second. The Panthers connected on the power play for the sixth consecutive game.

Skjei sneaked a backhand shot past Montembeault 42 seconds after the Dadonov goal. The 25-year-old defenseman picked up his second of the season after being scratched for the first time the season in the Rangers' previous game against the Carolina Hurricanes.

Lindgren opened the scoring at 5:06 of the first period when he beat Montembeault with a short side wrist shot as he recorded his first NHL goal. The 21-year-old defenseman originally kept the play alive by pinching into the offensive zone, helping New York maintain possession. Ryan Strome eventually delivered a cross-ice pass to set up the goal.

Florida answered with two goals within 30 seconds of each other. First, Barkov tied the game when his wrist shot zipped past Lundqvist at 18:13. The Panthers captain made a nifty deke as Jesper Fast over-skated the play, allowing Barkov to release the wrist shot.

Toninato gave the Panthers a 2-1 lead when he collected a rebound in front to score his first goal of the season at 18:43 of the first.

NOTES: Florida defenseman MacKenzie Weegar did not return after blocking a shot with the side of his head in the second period. ... Yandle skated in his 814th consecutive game and is the NHL's active "Iron Man" streak leader. ... Florida scratched defenseman Mark Pysyk. ... Rangers top-line center Mika Zibanejad missed his sixth straight game since sustaining an upper-body injury against the Boston Bruins two weeks ago. ... On Saturday, New York practiced outside at Lasker Rink in Central Park for the second time in three seasons. Before the practice, Rangers announced alternate captain Marc Staal had surgery for an infection in his ankle and will be re-evaluated in two weeks. ... New York scratched forward Micheal Haley for the second straight game.