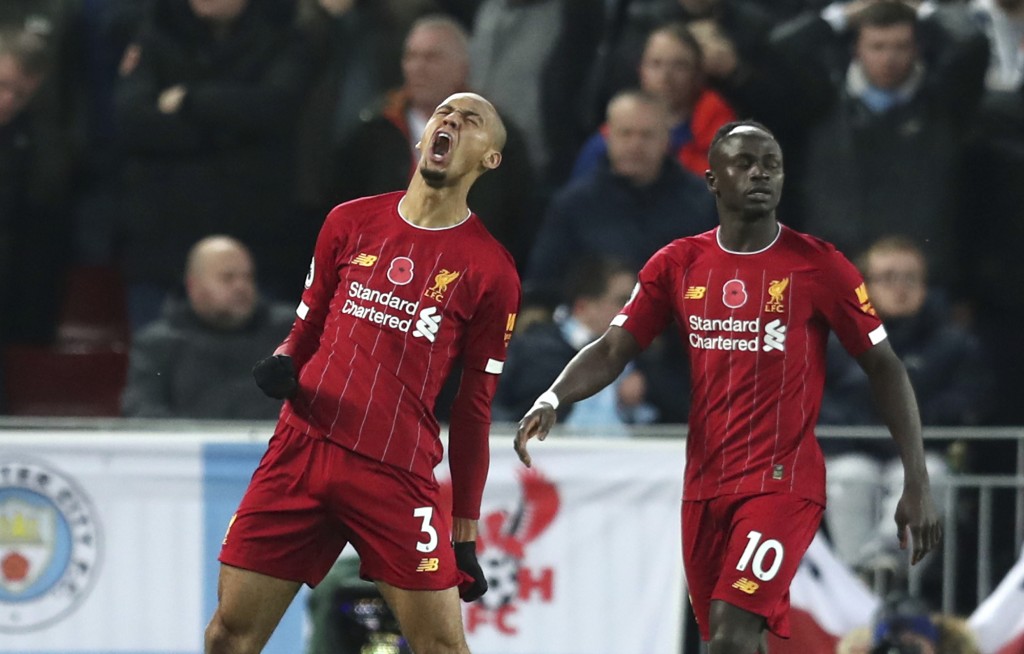 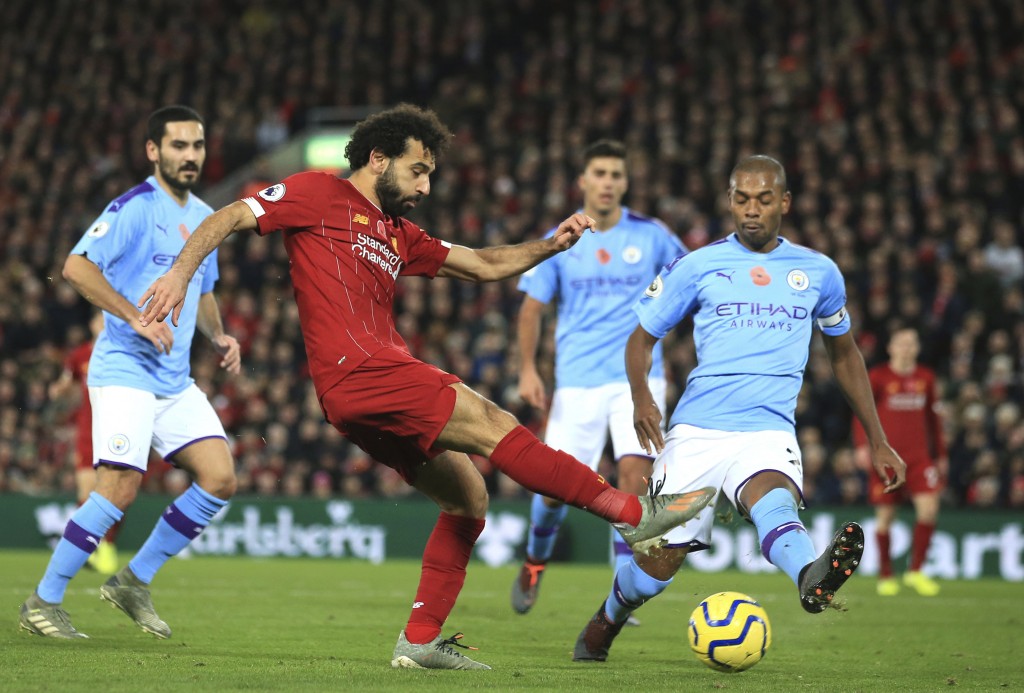 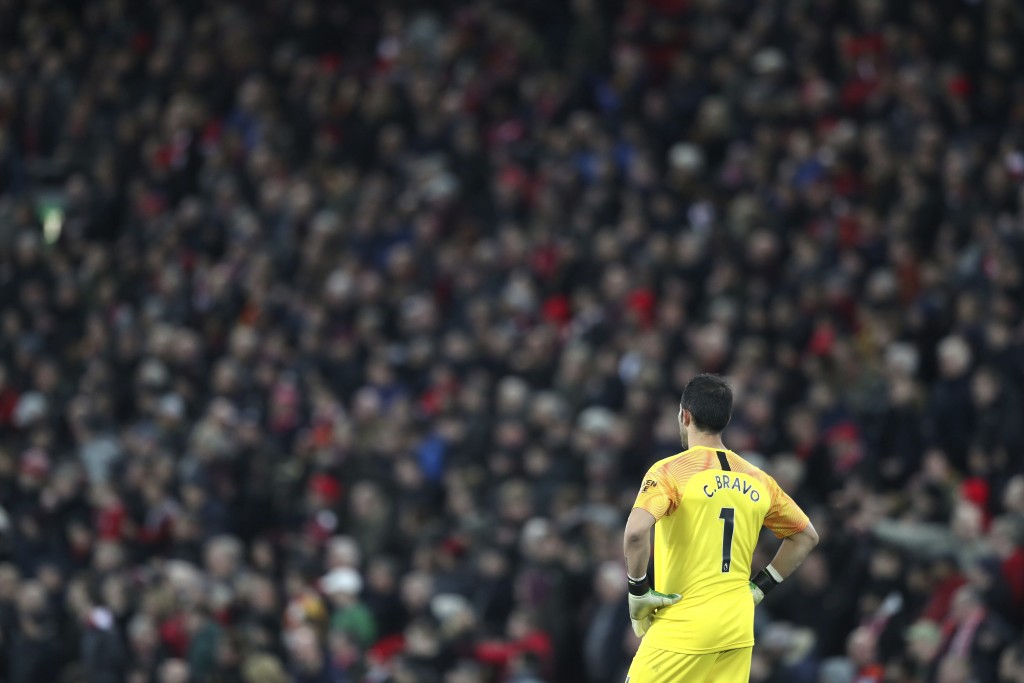 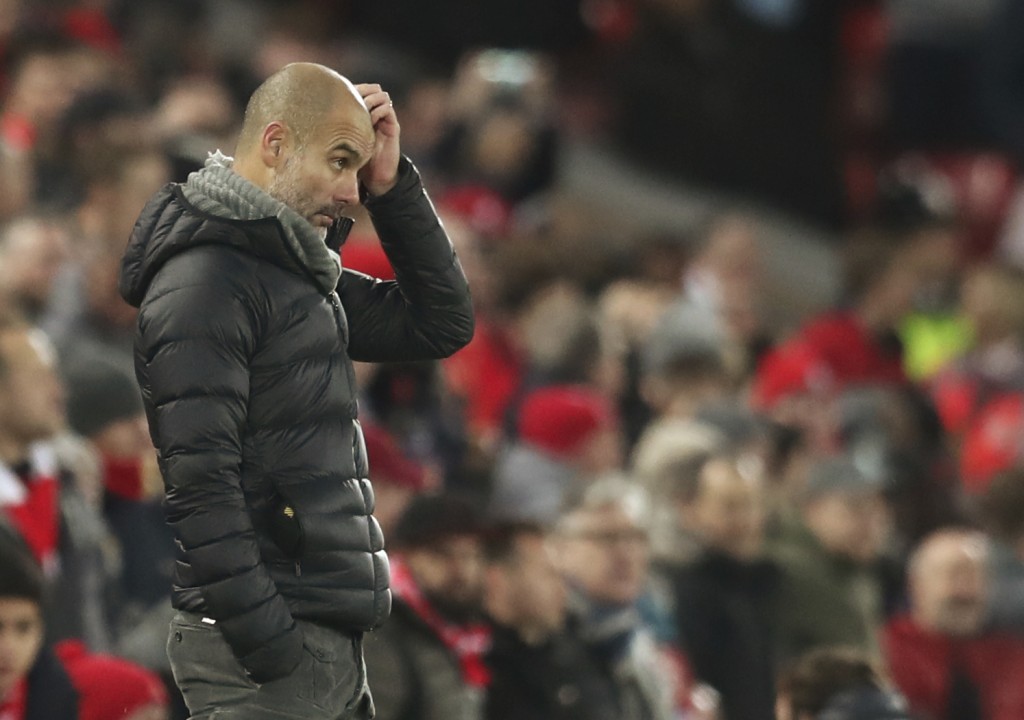 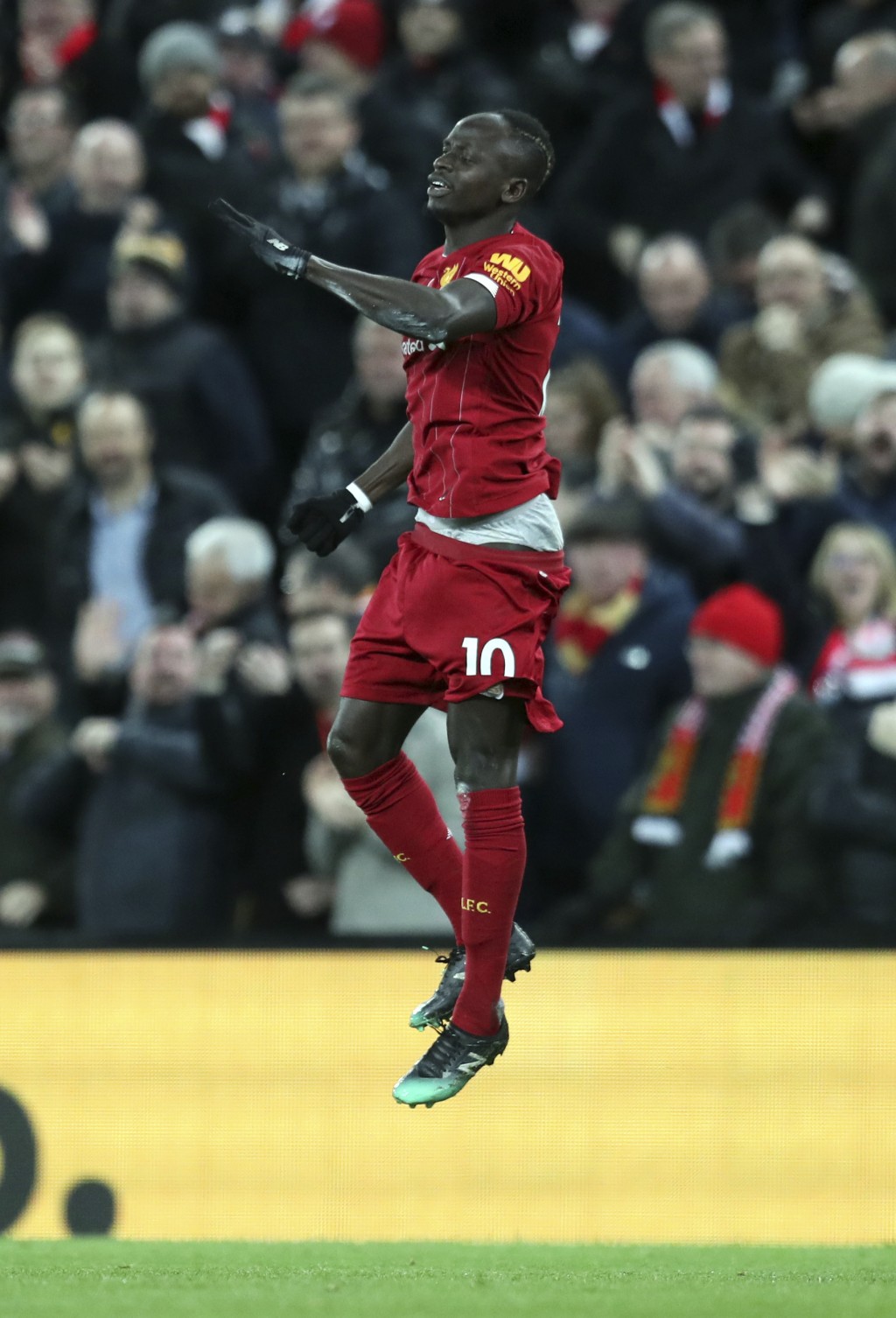 Fabinho and Mohamed Salah scored inside the opening 13 minutes before Sadio Mane headed in after the break to make it 11 wins out of 12 for unbeaten Liverpool, which is chasing its first championship since 1990.

Further hindering City's pursuit of a third straight title, Leicester and Chelsea are directly behind Liverpool while the champions are nine points behind in fourth place.

Just a point separated City and Liverpool when the season ended in May. The gulf is vast now between the English and European champions.

Even the Liverpool fans reined in their rancor for the City bus arrival at Anfield. No hurling of objects or smashing of windows like in 2018. Just a chorus of jeers as the visiting coach snaked around the narrow streets into the stadium as a haze of red smoke formed.

City thought it was the referee's vision obscured after five minutes when a penalty wasn't awarded for Trent Alexander-Arnold's outstretched right arm handling the ball. But City midfielder Bernardo Silva had already helped the ball on with his hand in contravention of the new laws of the game.

With play continuing, Liverpool launched a counterattack that saw Mane charge down the left flank from inside his own half.

A cross into the penalty area was half-cleared to Fabinho who struck from distance past Claudio Bravo, who was filling in for the injured Ederson.

A VAR review confirmed referee Michael Oliver was right not to roll back play and award City a penalty at the other end, much to Pep Guardiola's fury on the City bench.

And City's makeshift defense was breached again in the 13th minute, again from a rapid move down the left.

When Andy Robertson sent a cross into the penalty area, Salah got ahead of Fernandinho to head past Bravo.

But far from being demoralized, City made the rest of the half uncomfortable for Liverpool.

Left back Angelino, on only his second Premier League start, saw a shot deflect off the post. And Sergio Aguero dragged a shot wide in a stadium where he has not scored now in eight appearances.

Any prospect of a comeback appeared to be extinguished six minutes into the second half when City was picked apart from another cross.

Mane got on the end of Jordan Henderson's delivery from the right, heading in at the back post.

On a frustrating trip across the northwest for City, Bernardo Silva pulling one back in the 78th minute with a low strike was as good as it got.