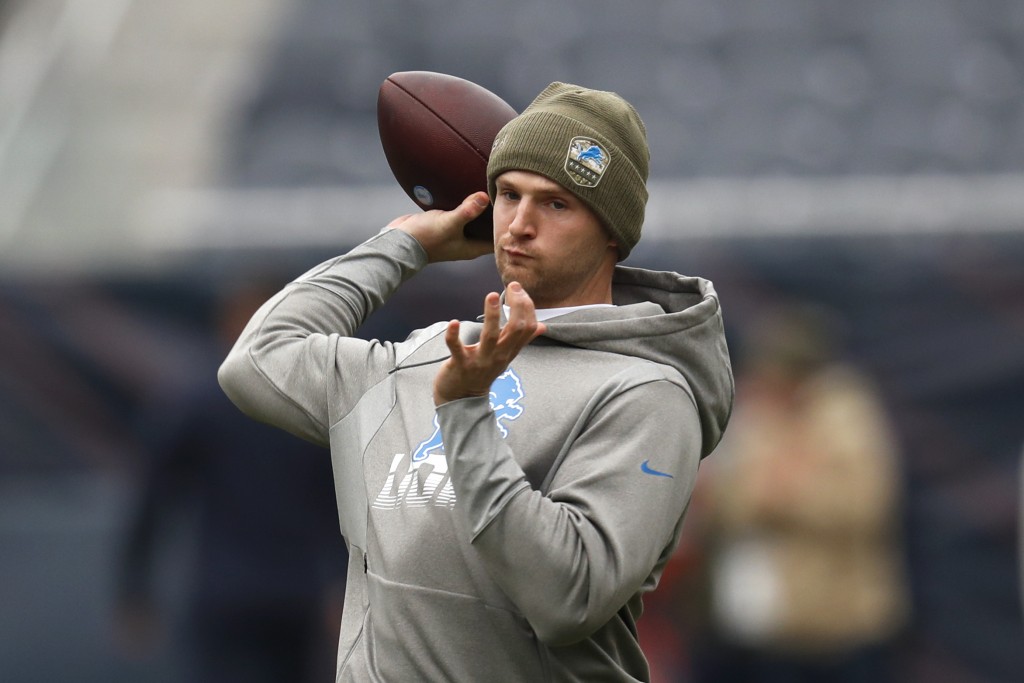 Patrick Mahomes will start for the Kansas City Chiefs at the Tennessee Titans, just over two weeks after the reigning NFL MVP dislocated his kneecap.

There initially was concern that the quarterback could be sidelined for months.

But it turned out there was no structural damage to the knee, and Mahomes never missed a practice.

He missed two games, with Matt Moore starting in his place.

Lions quarterback Matthew Stafford has been ruled out for Detroit's game at Chicago because of hip and back issues, stopping his streak of 136 consecutive starts.

The 31-year-old Stafford had been listed as questionable. It's the first time he has missed a regular-season game since the 2010 season.

Jeff Driskel is stepping in for Stafford. Driskel is making his sixth career start.

Stafford is working on another terrific year for Detroit, throwing for 2,499 yards and 19 touchdowns in the first half of the season.

The Bears had been a 2½-point favorite over the Lions, but Chicago was favored by 6½ points Sunday morning after the Stafford news broke.