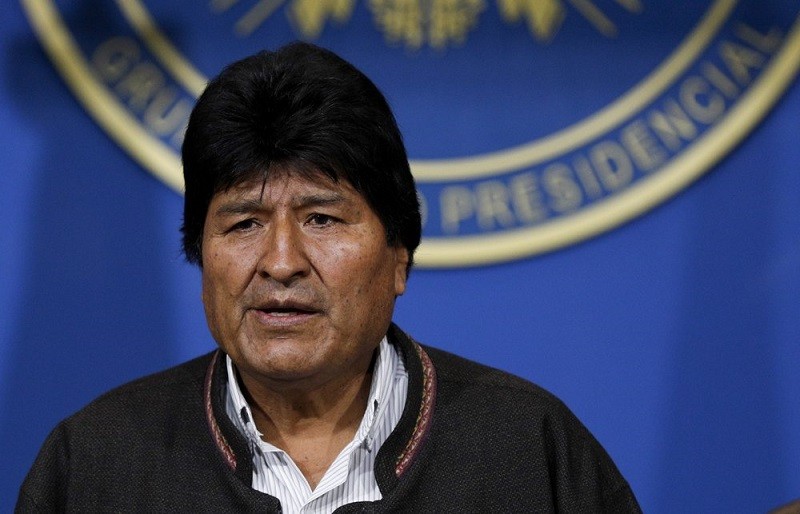 South America’s longest-serving leader made the announcement after a preliminary report by the Organization of American States found a “heap of observed irregularities” in the Oct. 20 presidential contest and recommended a new election.

Without mentioning the OAS report, Morales said he would replace the country’s electoral body and urged all political parties and all sectors to help bring peace to the Andean nation after protests in which three people have been killed and hundreds injured.

“We all have to pacify Bolivia,” he told reporters.

But many who were once excited by his fairy-tale rise have grown wary of his reluctance to leave power. He ran for a fourth term after refusing to abide by the results of a referendum that upheld term limits for the president. Bolivia’s constitutional court then ruled term limits violated his rights.

After the Oct. 20 vote, Morales declared himself the outright winner even before official results indicated he obtained just enough support to avoid a runoff with opposition leader and former President Carlos Mesa. But a 24-hour lapse in releasing vote results raised suspicions among the opposition of fraud.

“Morales can’t be a candidate in new elections,” said Mesa, a 66-year-old historian who stepped down as president in 2005 amid an outbreak of demonstrations led by Morales, then the leader of a coca growers union.

The OAS sent a 30-person team to conduct what it called a binding audit of the election. Its preliminary recommendations included holding new elections with a new electoral tribunal.

“The process was hard-fought and the security standards have not been respected,” the OAS said in a statement released by its president, Luis Almagro, on Twitter.

“Mindful of the heap of observed irregularities, it’s not possible to guarantee the integrity of the numbers and give certainty of the results.”

Pressure increased on Morales on Saturday when police guards outside Bolivia’s presidential palace abandoned their posts. Officers also climbed onto the roof of a nearby police station holding national flags and signs proclaiming, “The Police with the People.” Police retreated to their barracks in at least three cities.

Morales, who was not at the palace at the time and appeared later at a military airfield outside La Paz, urged police to “preserve the security” of Bolivia.

The dissension in police ranks posed a new threat to Morales, who is facing the toughest moment in his nearly 14 years in power, and who has often said the opposition is trying to stage a coup.

Bolivia’s Defense Minister Javier Zabaleta played down the police protests, saying a “police mutiny occurred in a few regions,” while Gen. Williams Kaliman, the military chief, said Saturday that the armed forces had no plans to intervene.

“We’ll never confront the people among whom we live. We guarantee peaceful co-existence,” Kaliman said. “This is a political problem, and it should be resolved within that realm.”

At the Vatican, Pope Francis urged Bolivians, including its politicians, to calmly await the outcome of the election review. The Argentine-born pope on Sunday told pilgrims and tourists in St. Peter’s Square that he was entrusting to their prayers “the situation of beloved Bolivia.”