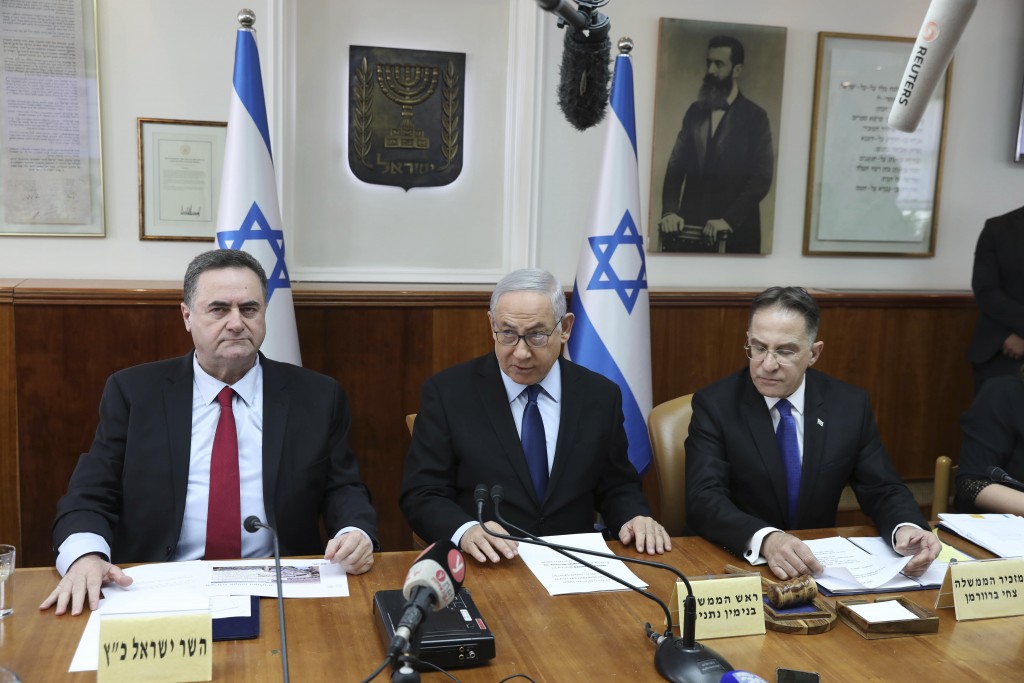 Prime Minister Benjamin Netanyahu appointed Bennet, with whom he has a rocky relationship, last week.

Netanyahu appears to be trying to shore up support among his right-wing base. He's hoping to block attempts by his chief rival, Benny Gantz, to form Israel's next government.

The Cabinet voted Sunday for Bennett to become defense minister until a permanent government takes hold.

Gantz is in the process of trying to cobble together a majority coalition after inconclusive elections in September. Netanyahu had the first try at forming a government, but failed.

Bennett, who leads the New Right party, has demanded tougher military action against militants in Gaza.