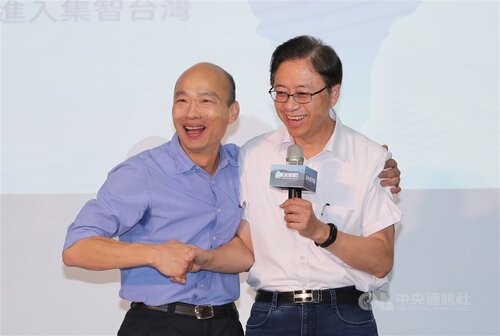 Han Kuo-yu (韓國瑜) of the opposition Kuomintang (KMT) is expected on Monday to name former Premier Chang San-cheng (張善政) as his running mate in the 2020 presidential election, his aide told CNA Sunday.

Chang, who served as premier from February to May 2016 during the KMT administration, is being selected based on his administrative experience and unconventional approach to politics, according to the aide.

He has been working as Han's campaign manager since July and has been playing an important role in shaping the Kaohsiung mayor's campaign platforms.

Han's decision will be announced Monday morning at a press conference in Kaohsiung.