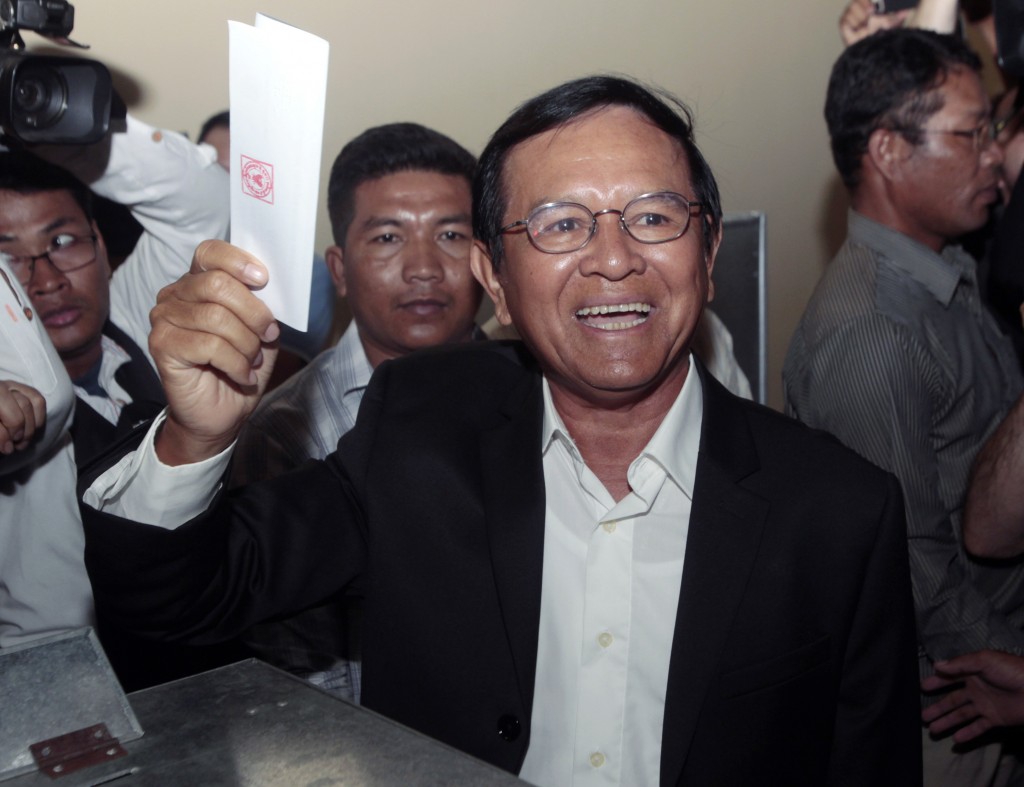 It comes a day after his co-founder of the Cambodia National Rescue Party, Sam Rainsy, arrived in Malaysia on a well-publicized trip to return to Cambodia to lead a movement to oust long-serving authoritarian Prime Minister Hun Sen.

Sam Rainsy had been barred from entering Cambodia but Deputy Prime Minister Sar Kheng said on Facebook Saturday he could now return but would have to face justice in several legal cases.

While Kem Sokha and Sam Rainsy are political partners, they are also rivals and bad feelings exist between their supporters because of Kem Sokha's willingness to stay in Cambodia while Sam Rainsy has been in self-imposed exile since 2015.