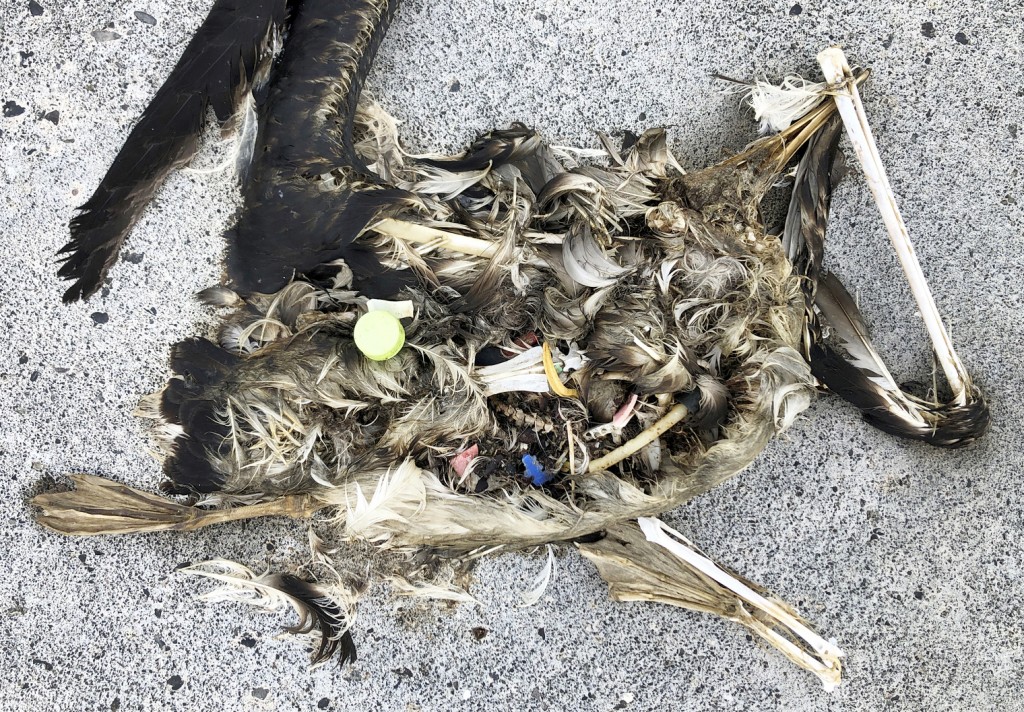 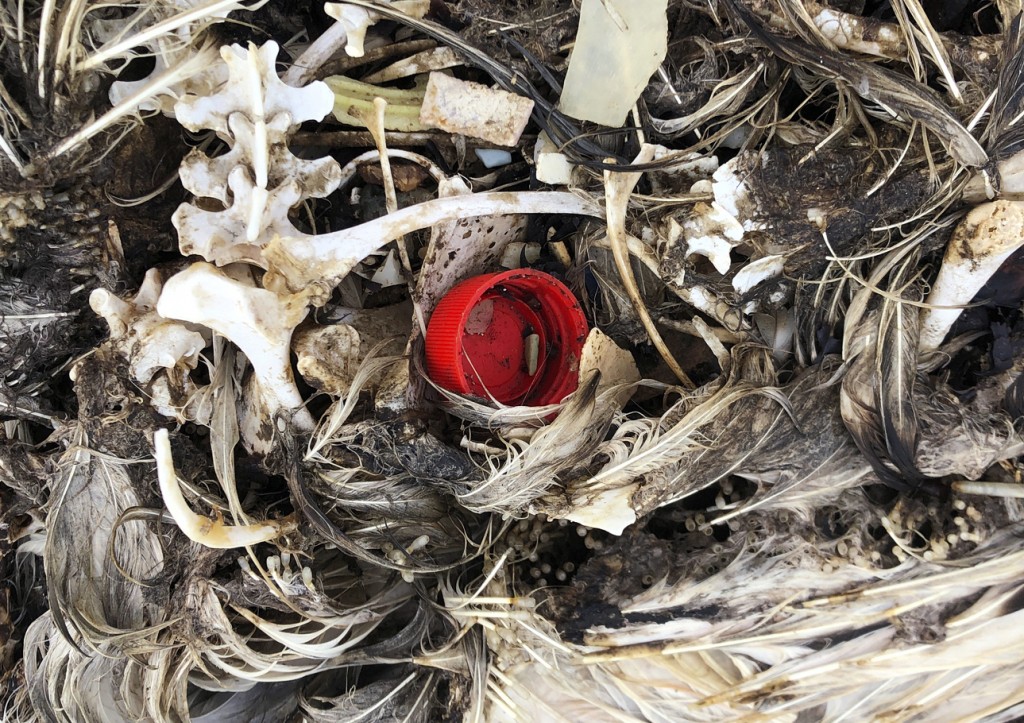 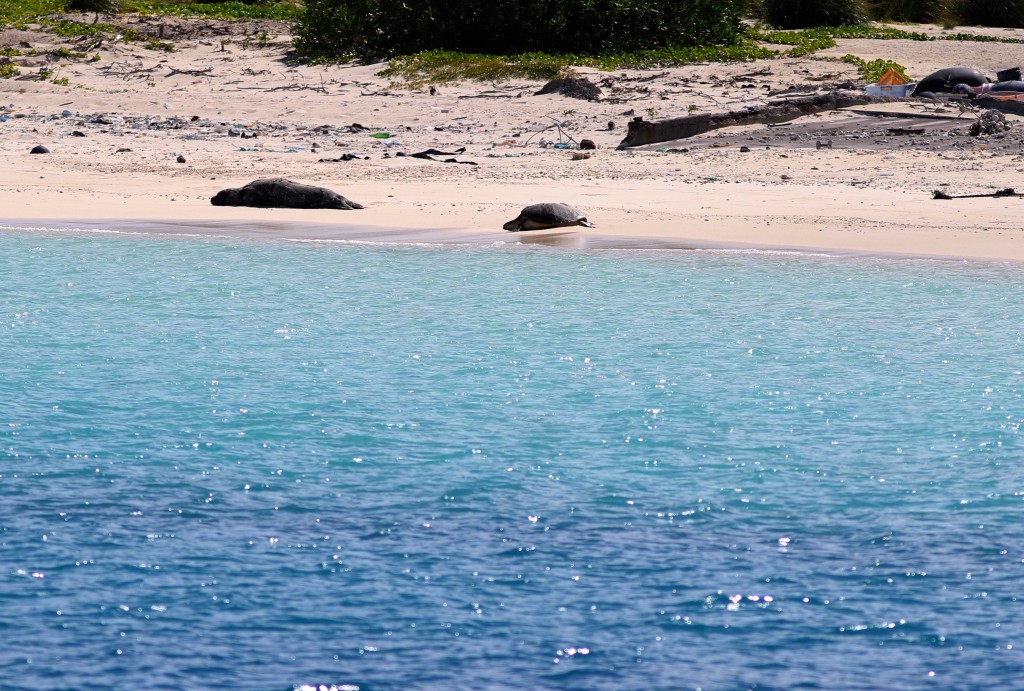 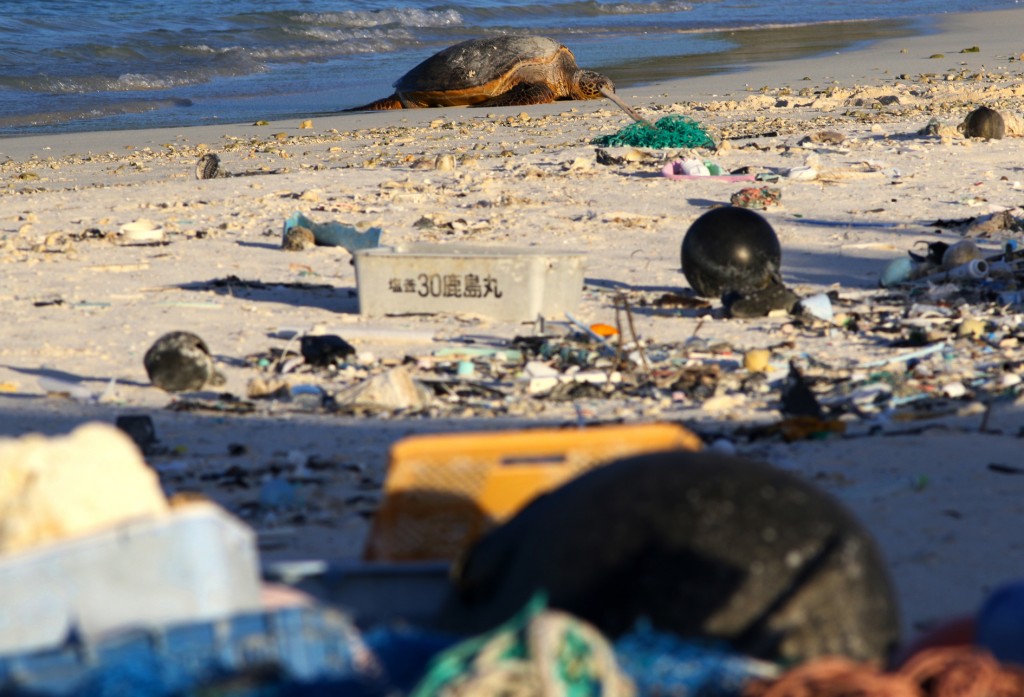 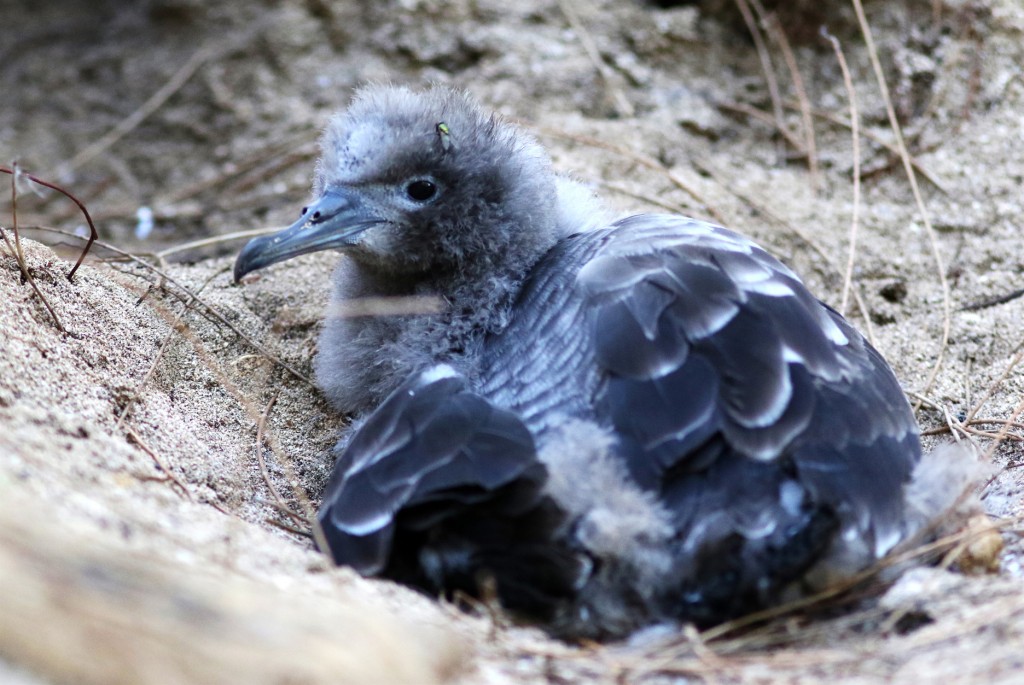 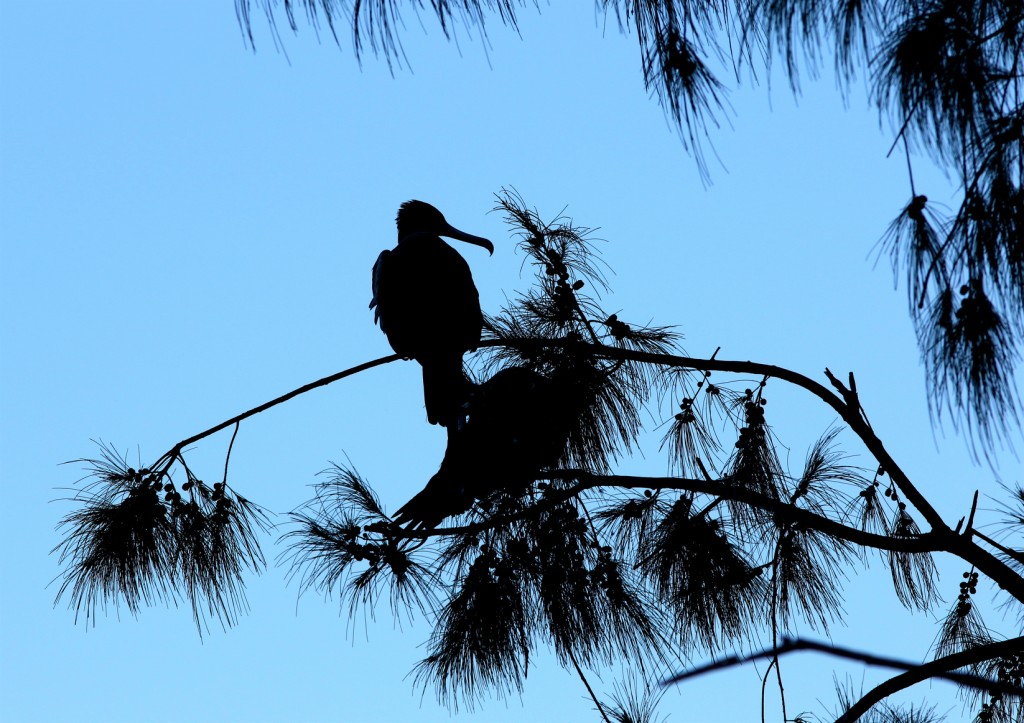 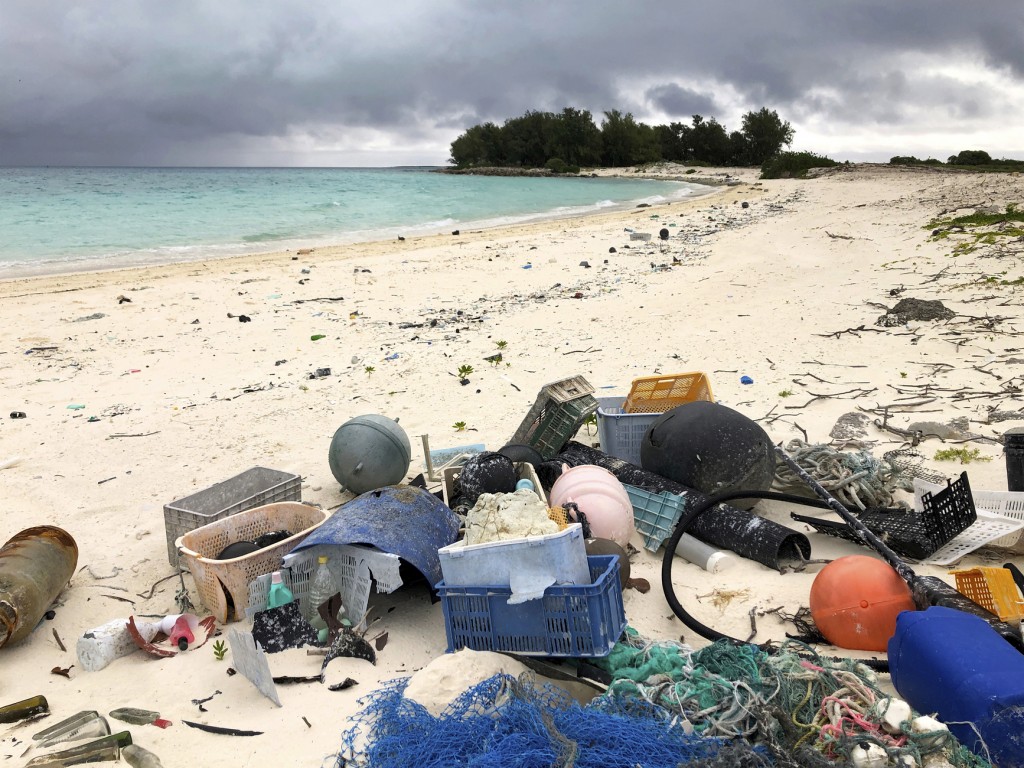 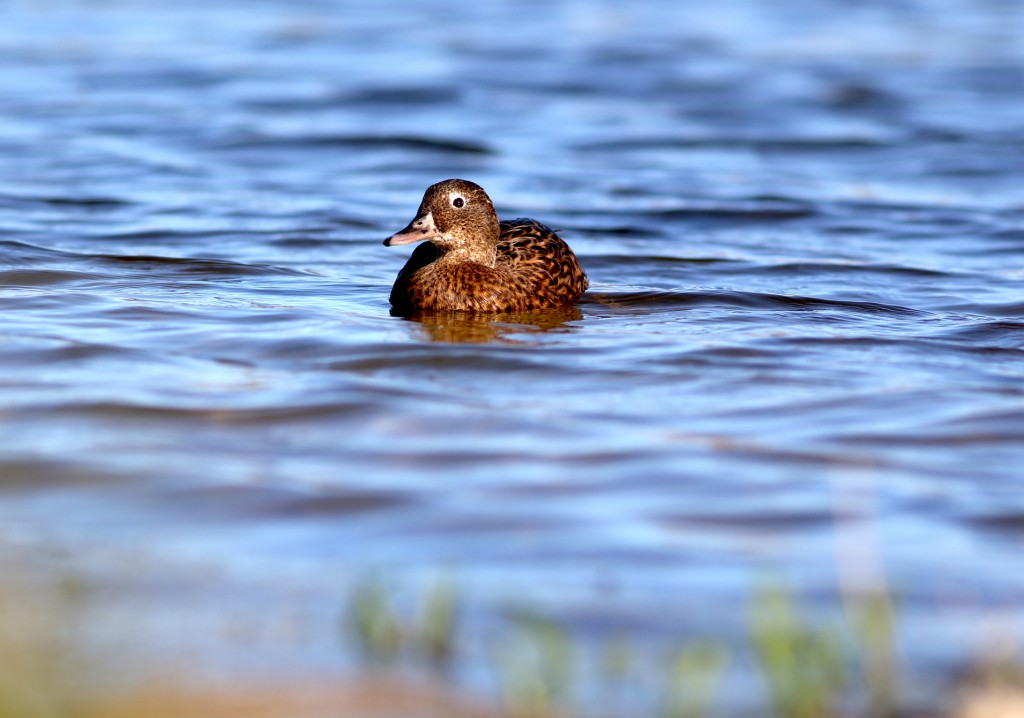 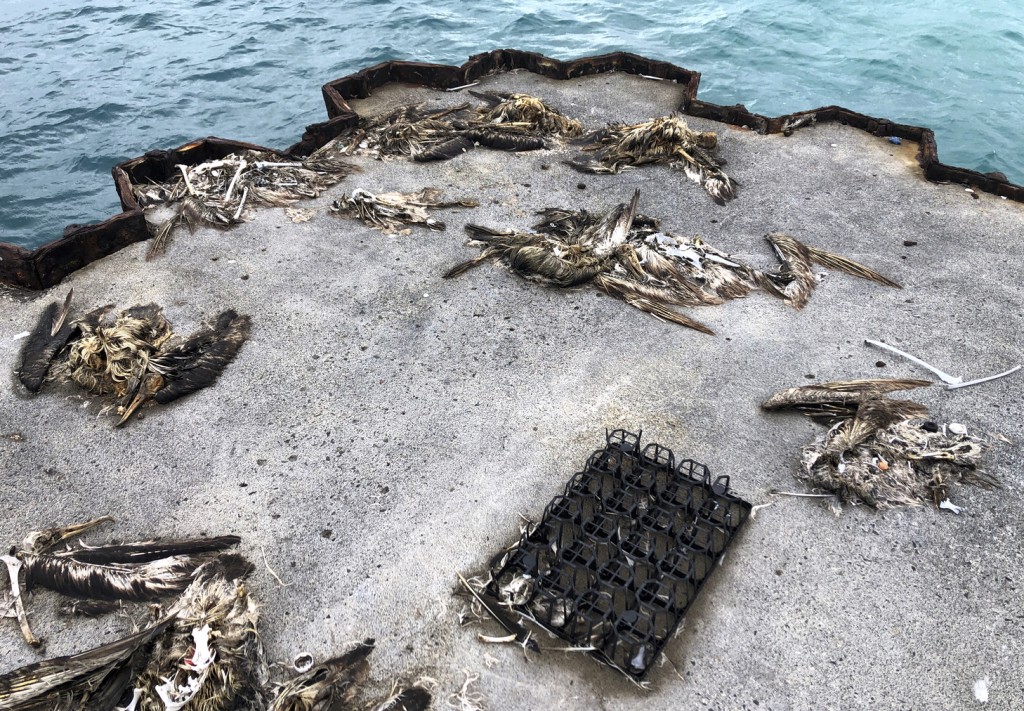 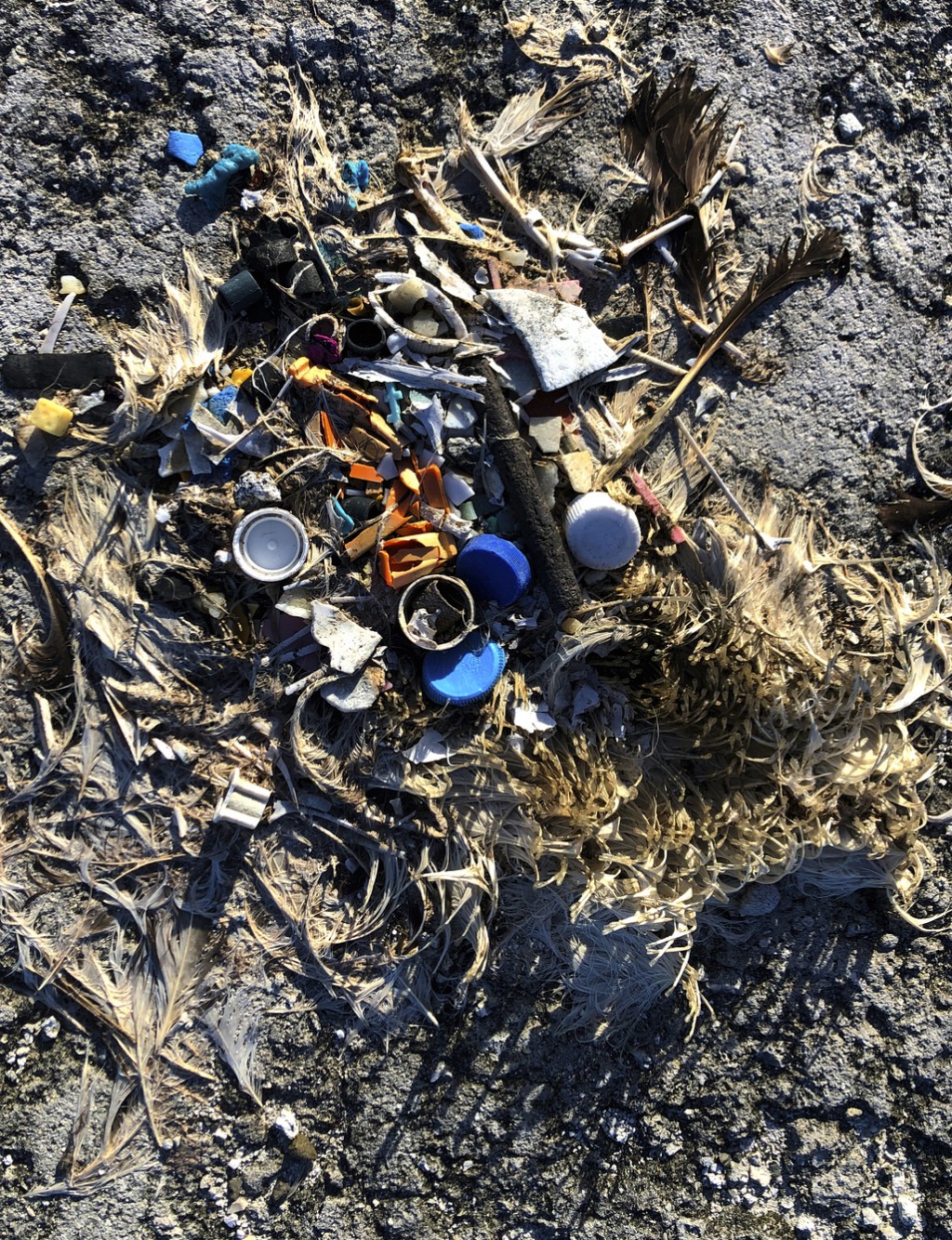 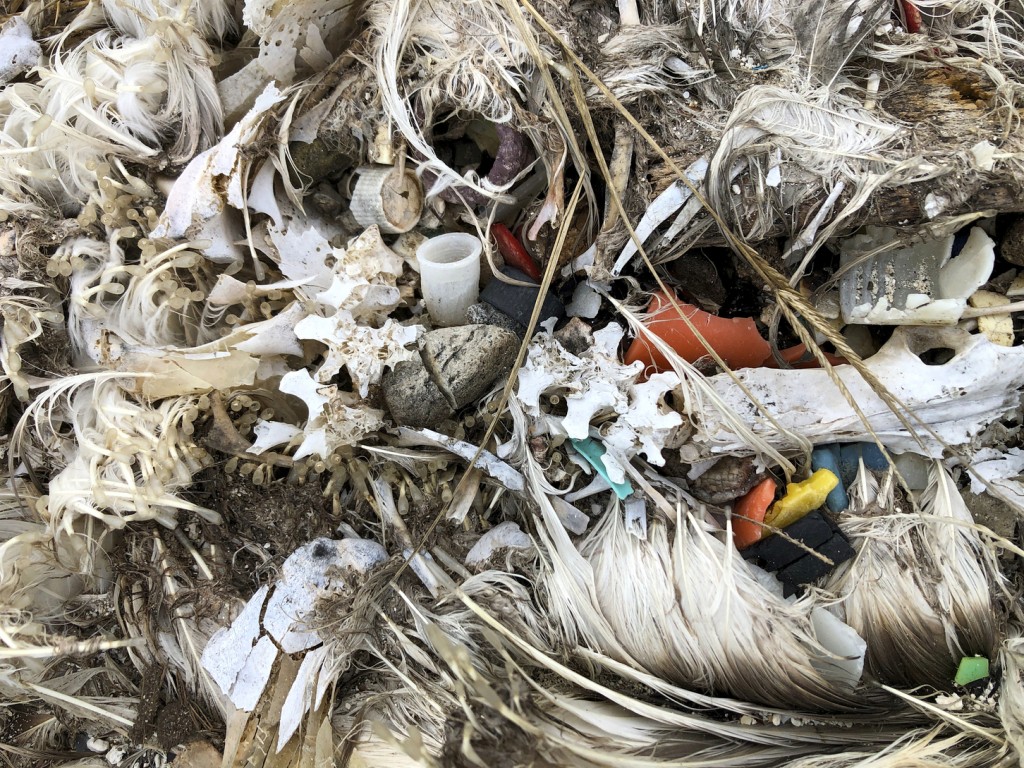 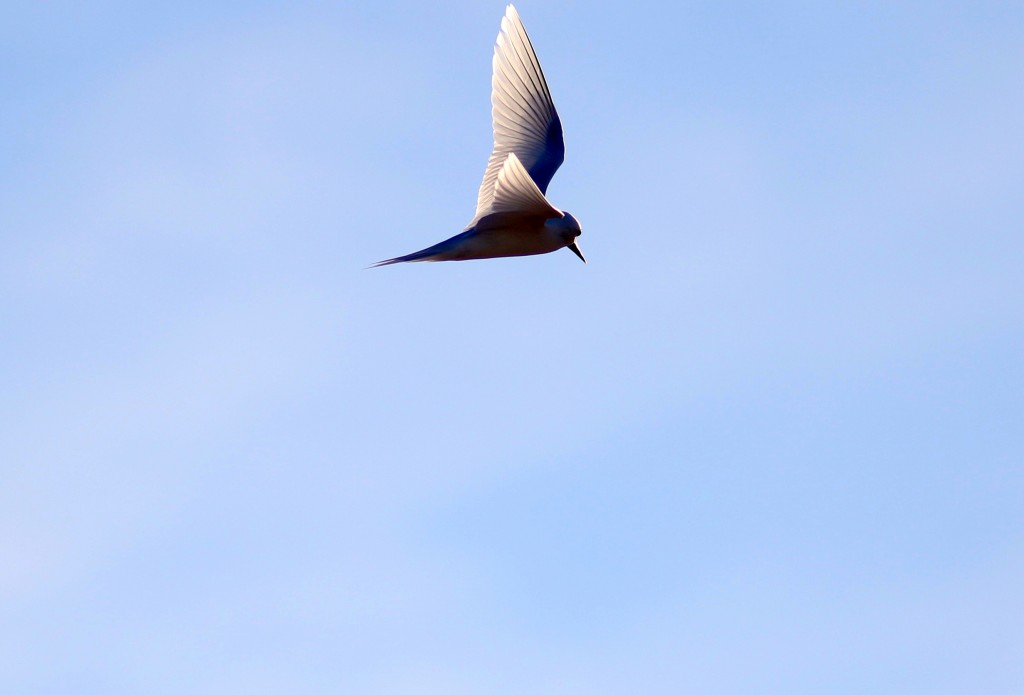 But on the ground, there's a different scene: plastic, pollution and death.

With virtually no predators, Midway is a haven for many species of seabirds and is home to the largest colony of albatross in the world.

But Midway is also at the center of the Great Pacific Garbage Patch, a vast area of floating plastic collected by circulating oceanic currents. The Hawaiian Islands act like a comb that gathers debris as it floats across the Pacific. A recent analysis found that the patch is accumulating debris at a faster rate than scientists previously thought.

Midway is littered with bird skeletons that have brightly colored plastic protruding from their decomposing bellies. Bottle caps, toothbrushes and cigarette lighters sit in the centers of their feathery carcasses.

"There isn't a bird that doesn't have some (plastic)," said Athline Clark, the National Oceanic and Atmospheric Administration's superintendent for Papahanaumokuakea Marine National Monument, which Midway is part of. They "fill their bellies up with plastics instead of food and eventually either choke or just don't have enough room for actual nourishment and perish."

Sharp plastic pieces can also perforate their intestines and esophagus.

Papahanaumokuakea, which quadrupled in size under President Barack Obama in 2016, is the world's largest marine conservation area and was inscribed in 2010 as a UNESCO mixed World Heritage site.

"Papahanaumokuakea is both a biologically rich and culturally sacred place," Clark said. "The Hawaiians call it a place of abundance, or aina momona."

But circulating currents now bring an abundance of plastic and other trash from all around the Pacific Rim to Hawaii's beaches. The debris ranges from tiny microplastics that nearly every animal in this marine ecosystem ingests to huge fishing nets that gather plants, animals and other debris while bulldozing across fragile coral reefs.

"The estimates are that there's about 57,000 pounds of marine debris that washes ashore within this part of the archipelago annually," Clark said.

U.S. Fish and Wildlife Service biologist Kelly Goodale lives and works on Midway, the site of a decisive World War II battle , and said the plastic that washes ashore there each year is just part of the problem.

"Not only are our beaches getting it, but also our albatross will bring it and feed it to their chicks," Goodale said.

Albatross spend much of their lives at sea feeding and flying thousands of miles across the oceans before returning to Midway each year to lay eggs and raise their young.

"So we estimate about 5 tons (4.5 metric tons) of plastic being brought to Midway every year just by adult albatross feeding it to their chicks," Goodale said.

The albatross tend to seek out squid eggs that attach themselves to floating pieces of plastic, which is why so many birds are eating the material, Clark said.

And it's not just the seabirds that are harmed by ocean plastic. Endangered Hawaiian monk seals and green sea turtles can die while entangled in plastic nets. Sharks and other apex predators eat smaller fish that feed on microplastic. Whales drag fishing line and buoys behind them during their long migrations across the world's oceans.

It's important to understand the relationship between the oceans, marine life and humans, Clark said.

She shared a Native Hawaiian proverb: "Ma o ke kai pili ai kakou." It means, "The ocean connects us all."