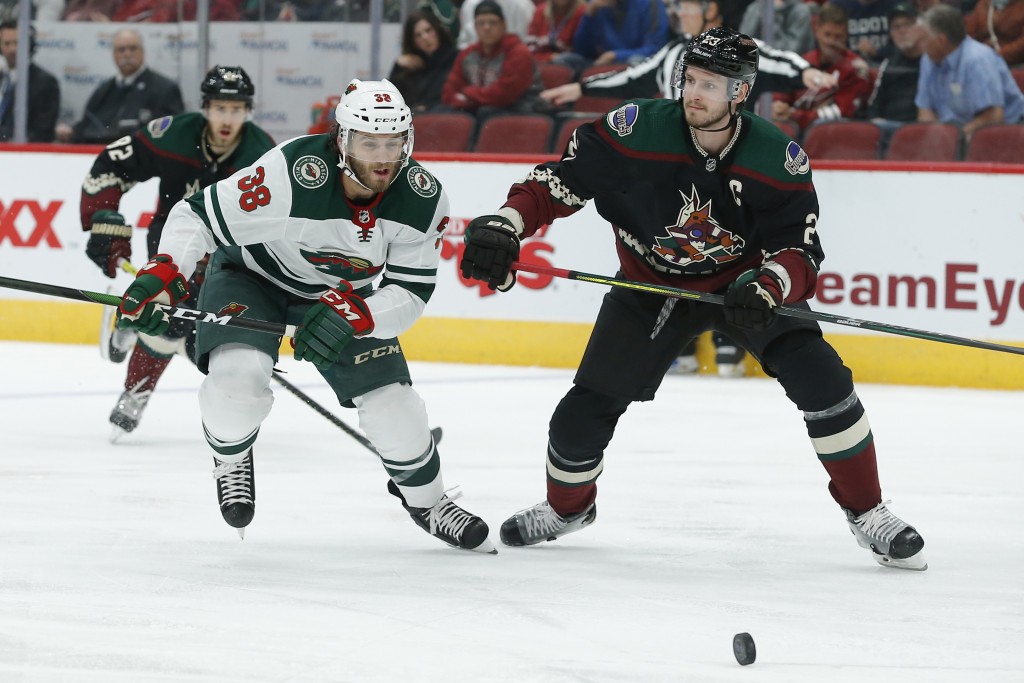 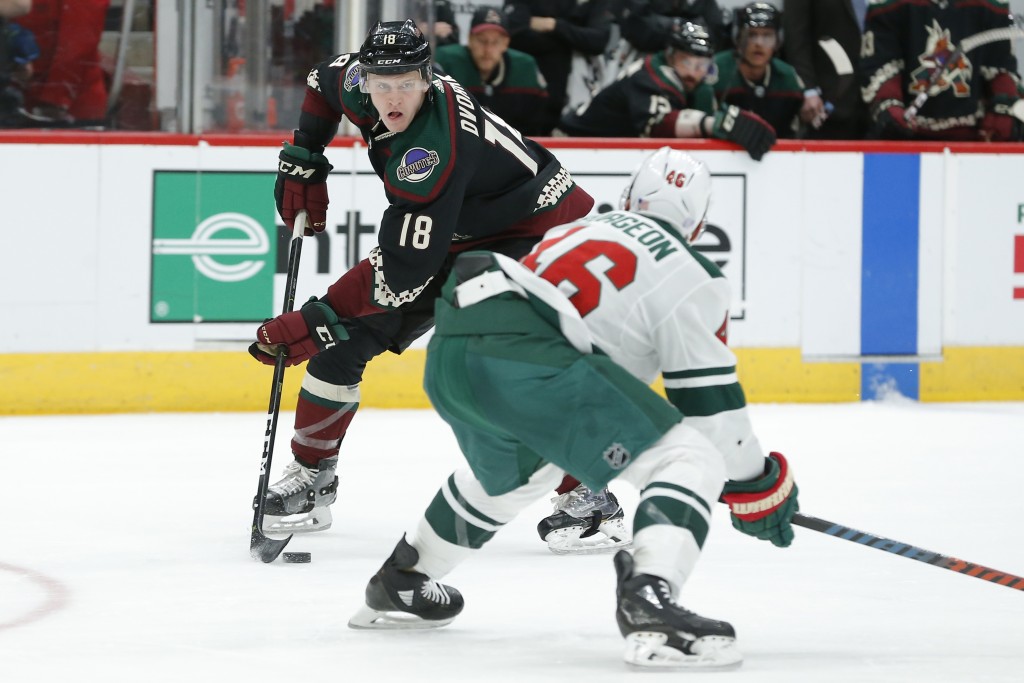 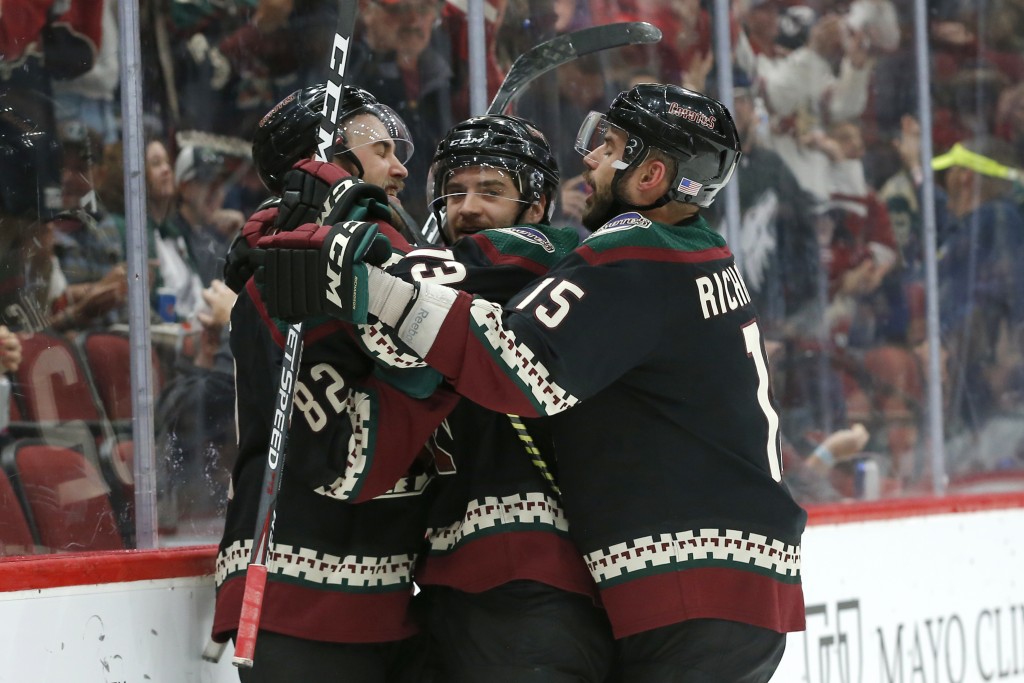 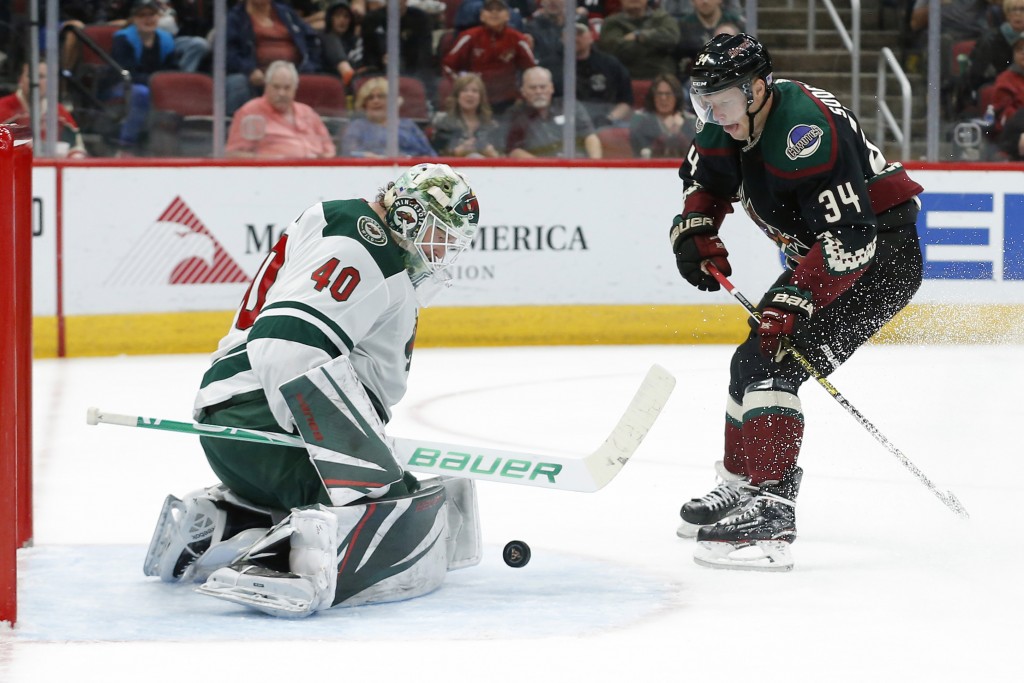 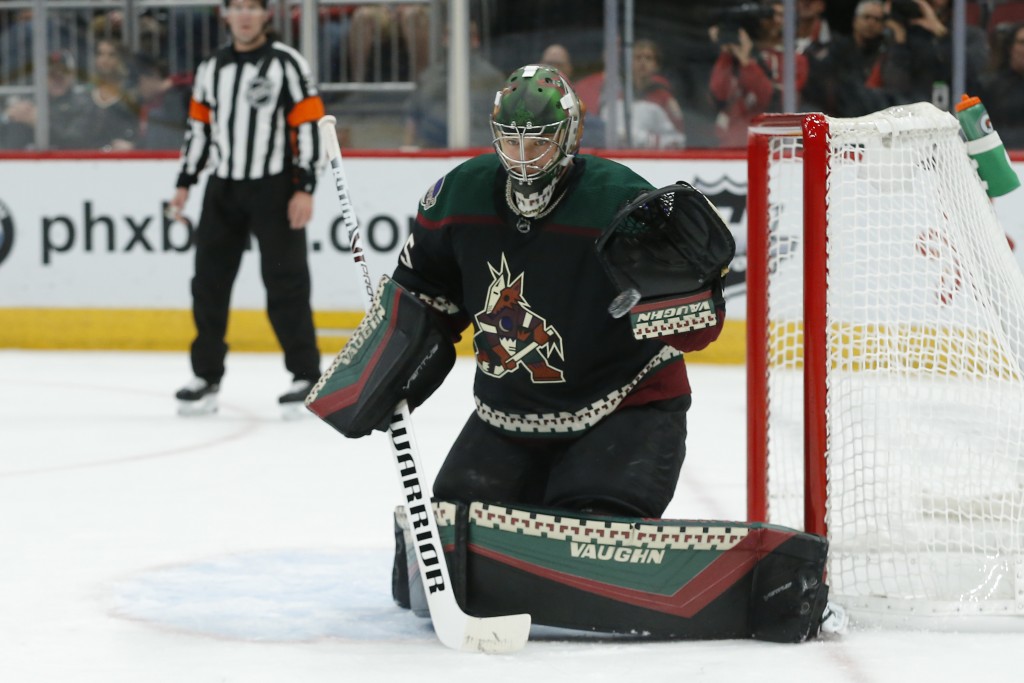 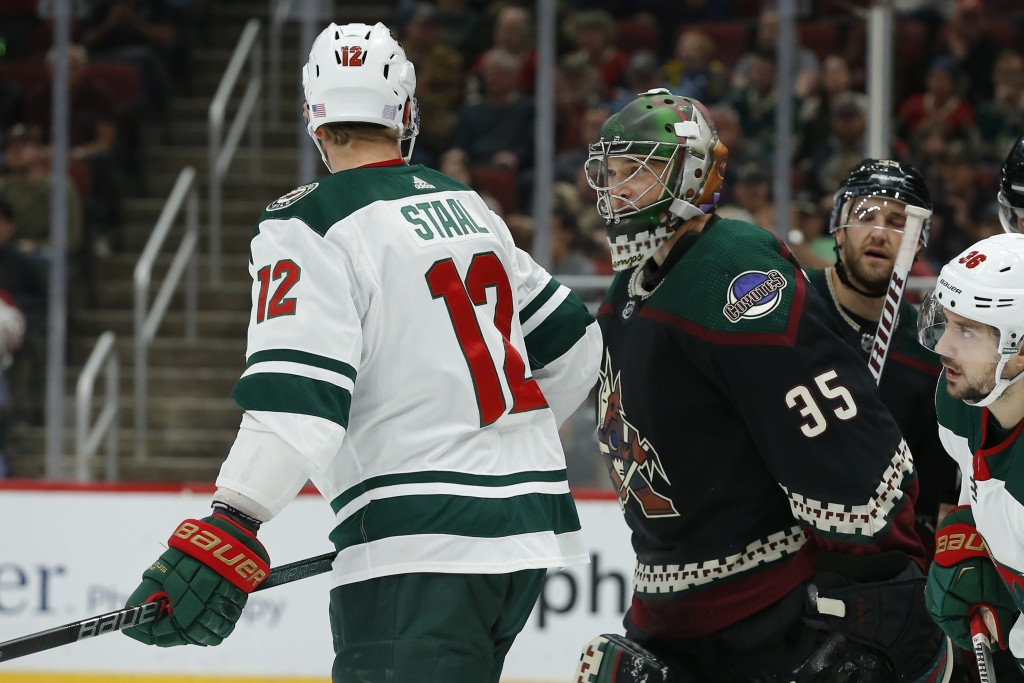 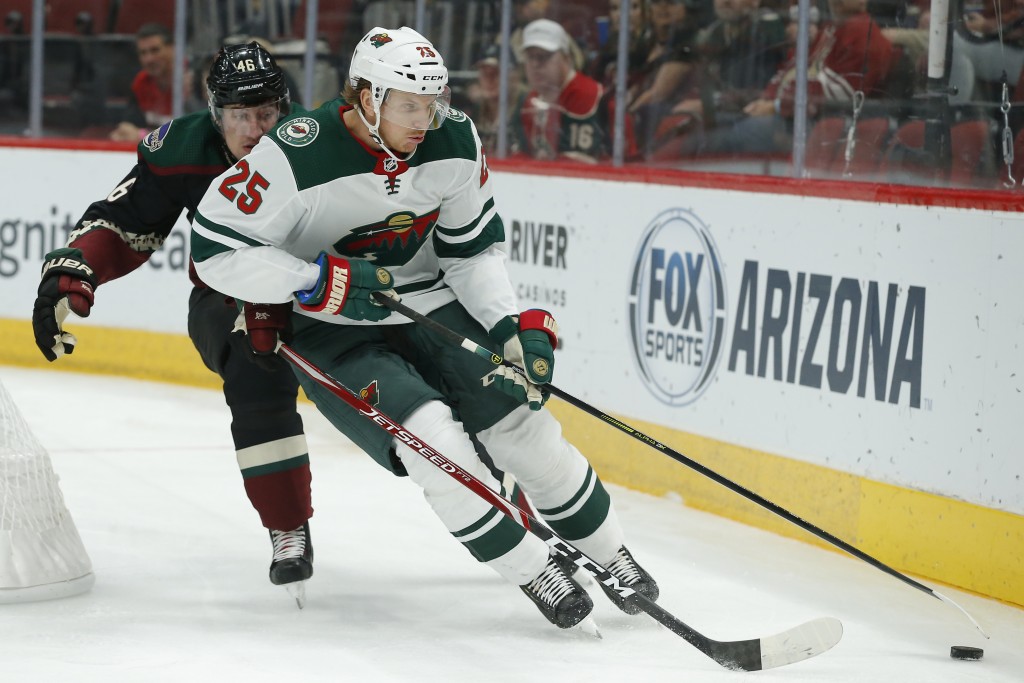 GLENDALE, Ariz. (AP) — Ryan Hartman scored the go-ahead goal early in the third period and the Minnesota Wild rallied from a two-goal deficit to beat the Arizona Coyotes 4-3 Saturday night.

Jared Spurgeon had two assists, including a long pass from the corner to Hartman at 4:54 of the third. Mikko Koivu, Kevin Fiala and Matt Dumba also scored, and Devan Dubnyk stopped 31 shots for the Wild.

Minnesota has won two of three. Arizona has lost three in a row for the first time this season.

Grabner's fifth goal of the season came at 8:50 of the first period. Defenseman Aaron Ness floated a pass to Grabner, and the puck hit Grabner's skate as he tried to control it, sliding slowly past Wild defenders and Dubnyk.

Ness picked up his first point as a Coyote with the assist.

Chychrun scored 90 seconds later for his fourth goal of the season, the product of Nick Schmaltz digging the puck off the boards and a pass from Christian Dvorak.

The Wild rallied in the second period with three goals for a 3-3 tie at the second intermission.

Minnesota's Zach Parise hit the post on the Wild's only power play and Koivu fired in a rebound seconds later at 3:19.

The Coyotes went up by two goals again when Hinostroza sent in a right-handed wrist shot at 8:20.

Fiala stuffed in a loose puck at 13:04 to make it 3-2, and the Wild drew even with 49.7 seconds left right after Dubnyk denied Hinostroza on a breakaway. Jason Zucker passed the puck out from behind the Coyotes' net, and Dumba's slap shot was too fast for Kuemper.

Kuemper went to the bench with under two minutes to play, but the Coyotes couldn't force overtime despite a 6-on-4 situation for the final 12.9 seconds.

NOTES: Arizona's Eric Comrie, who has been an emergency backup goaltender this season and has yet to appear in a game, was assigned to the AHL Tucson Roadrunners for conditioning purposes. ... D Jason Demers missed his second straight game due to a lower body injury, but C Brad Richardson and D Jordan Oesterle were back in the lineup. Oesterle started and logged an assist. Richardson had missed seven straight games with an upper body injury. ... Wild C Luke Kunin was scratched due to illness, and F Marcus Foligno was also scratched with an injury.

Arizona: At Washington on Monday night.