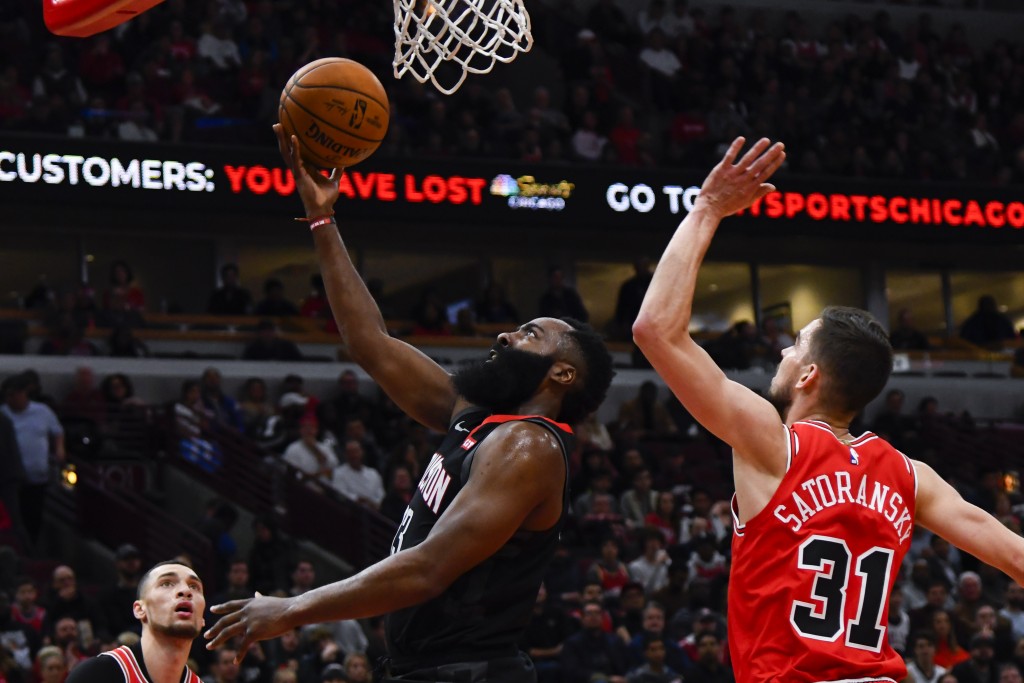 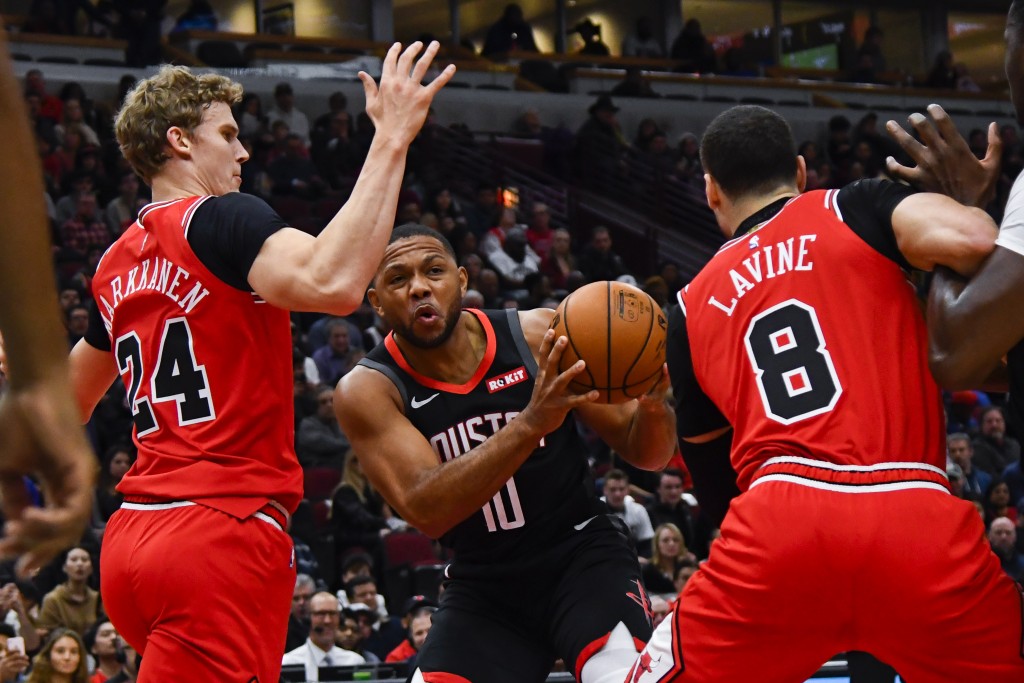 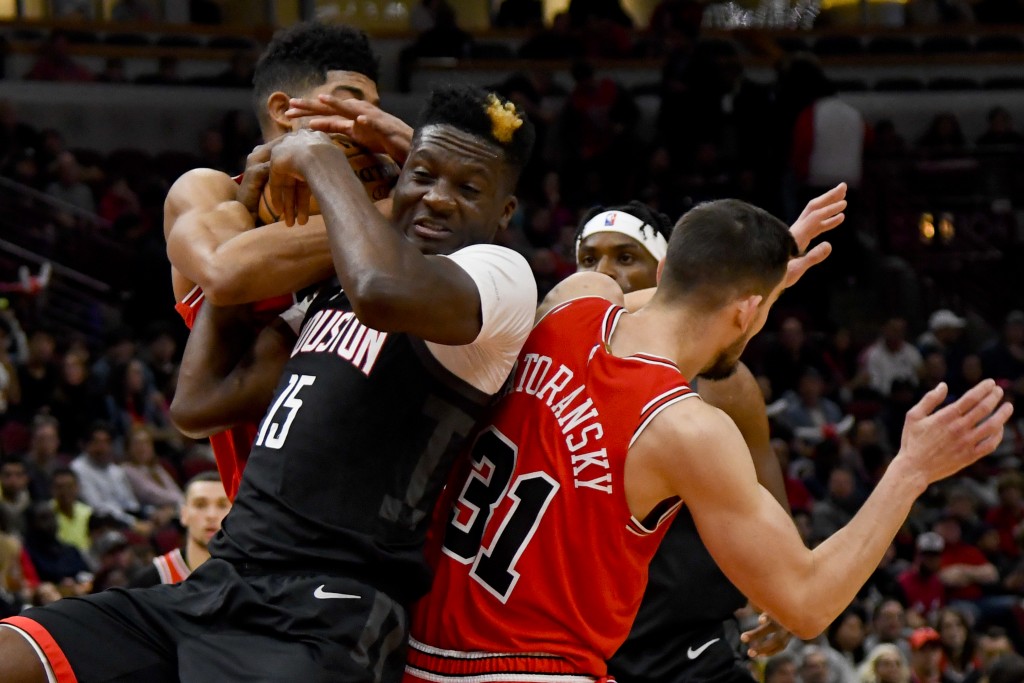 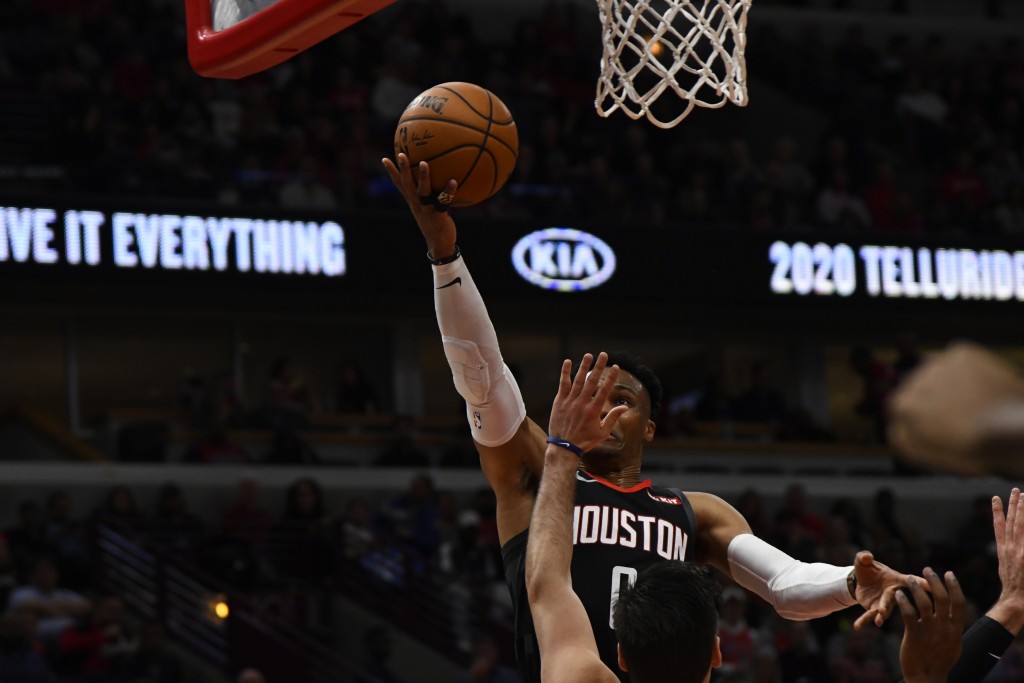 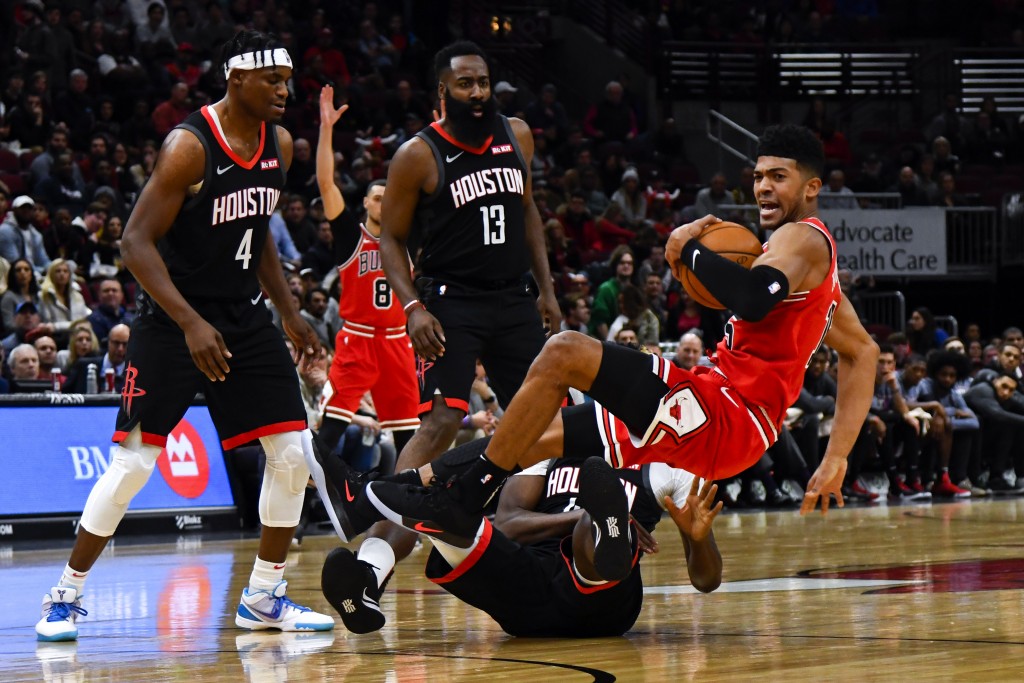 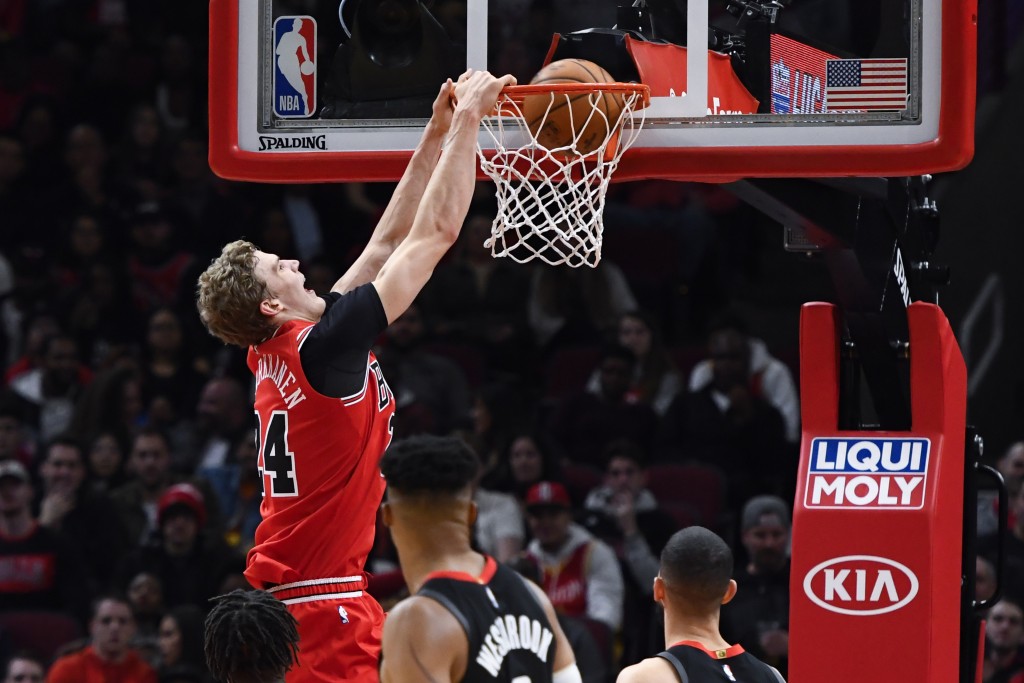 CHICAGO (AP) — James Harden narrowly missed his first triple-double of the season, finishing with 42 points, 10 rebounds and nine assists as the Houston Rockets pulled away in the second half and beat the Chicago Bulls 117-94 on Saturday night.

Harden, the NBA's leading scorer who has 35 regular-season triple-doubles in his career, had several minutes of garbage time in the fourth quarter to get additional assists, but was unsuccessful before leaving with a little more than three minutes remaining.

Wendell Carter Jr. had 13 points and 16 rebounds for Chicago, which has dropped six of eight.

The Bulls were a woeful 4-for-32 shooting from 3-point range.

Chicago led 27-20 after one quarter behind eight points from Lauri Markkanen and eight Houston turnovers.

The Bulls led by nine points (31-22) early in the second before the Rockets used a 24-7 run to take control and open a 46-38 lead with four minutes left in the first half. Harden had nine points during the run.

Chicago closed within 50-49 at halftime on a 3-pointer by Zach LaVine. That was the Bulls second make in 17 first-half attempts from long range. Houston quickly reclaimed control with a 30-9 run in the opening 9:41 of the third, taking an 80-58 advantage.

The Rockets had an 86-67 lead entering the fourth, helped by 7-for-14 shooting from 3-pointers range in the third. Harden led the way with 11 points in the quarter.

The Bulls couldn't get closer than 14 points in the fourth quarter.

Rockets: G Eric Gordon (left hamstring) returned after sitting out Wednesday against Golden State. He had nine points and 21 minutes off the bench. ... Houston has won the last seven games against Chicago, including the last four at the United Center.

Bulls: F Otto Porter sat out with a left foot sprain. Porter was walking Saturday without the aid of crutches for the first time since suffering the injury Wednesday in Atlanta. There is still no timetable for his return.