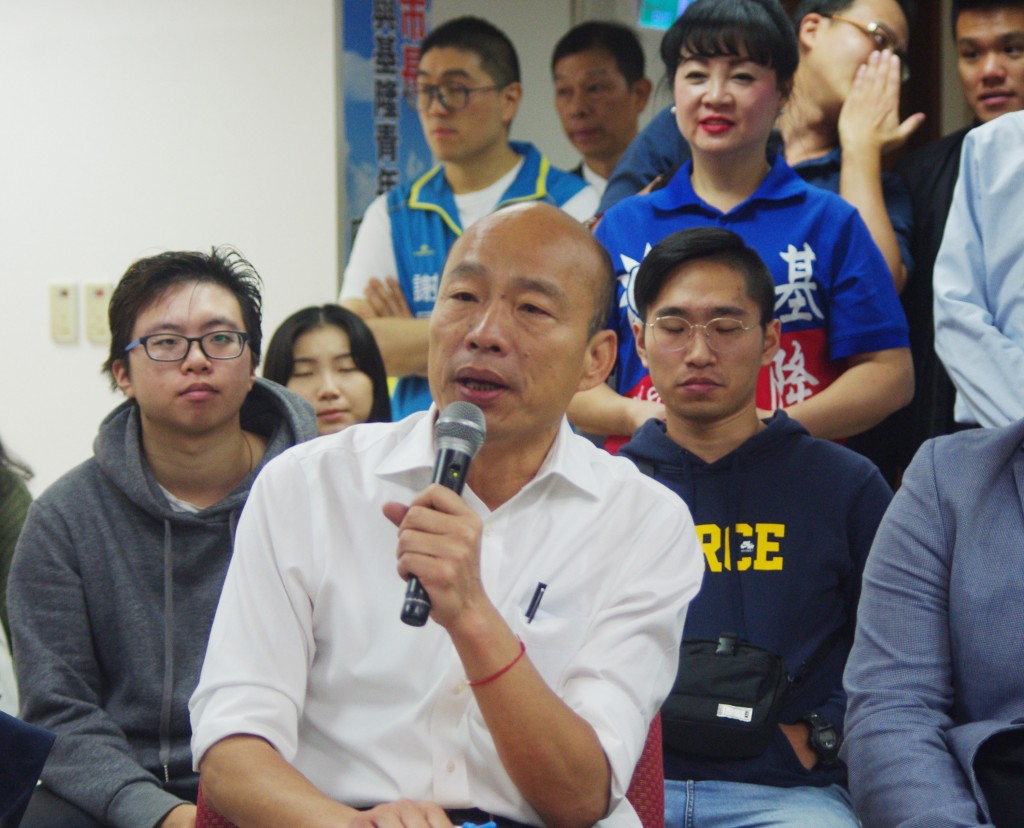 “Han Kuo-yu is a bald guy, but his running mate definitely has hair,” the candidate said self-deprecatingly on Saturday (Nov. 9) during a visit to Keelung. He added that he would make an official announcement at a press conference within a couple of days.

Han’s running mate also ought to “love the Republic of China, have a sense of responsibility, have acquired an international outlook, and have a strong ability to govern,” the KMT nominee said. There is widespread speculation as to who the person is, and despite intermittent rumblings about Eric Chu being on the ticket, the former New Taipei mayor has denied this rumor.

Han’s opponent, President Tsai Ing-wen (蔡英文) of the Democratic Progressive Party, is yet to announce her running mate, but many believe it would be the former premier, William Lai (賴清德). Presidential candidate registration with the election agency is scheduled to start Nov. 18 and carry on until Nov. 22.

Endeavoring to catch up with Tsai, who has been ahead by roughly 10 percent in opinion polls in recent weeks, Han on Saturday raised doubts about the Tsai administration’s ongoing plans to develop domestically built military vessels. He questioned the country’s ability to build such key components as engines and electronic and cooling systems, calling on the government not to “bite off more than one can chew.”

The candidate from the China-friendly party also feels that Taiwan’s national defense should be like “a poisonous shrimp,” which he described as small, nimble, and able to take a certain degree of vengeance on those who attempt to attack the country. Han added that he would soon discuss his national defense policy in detail.