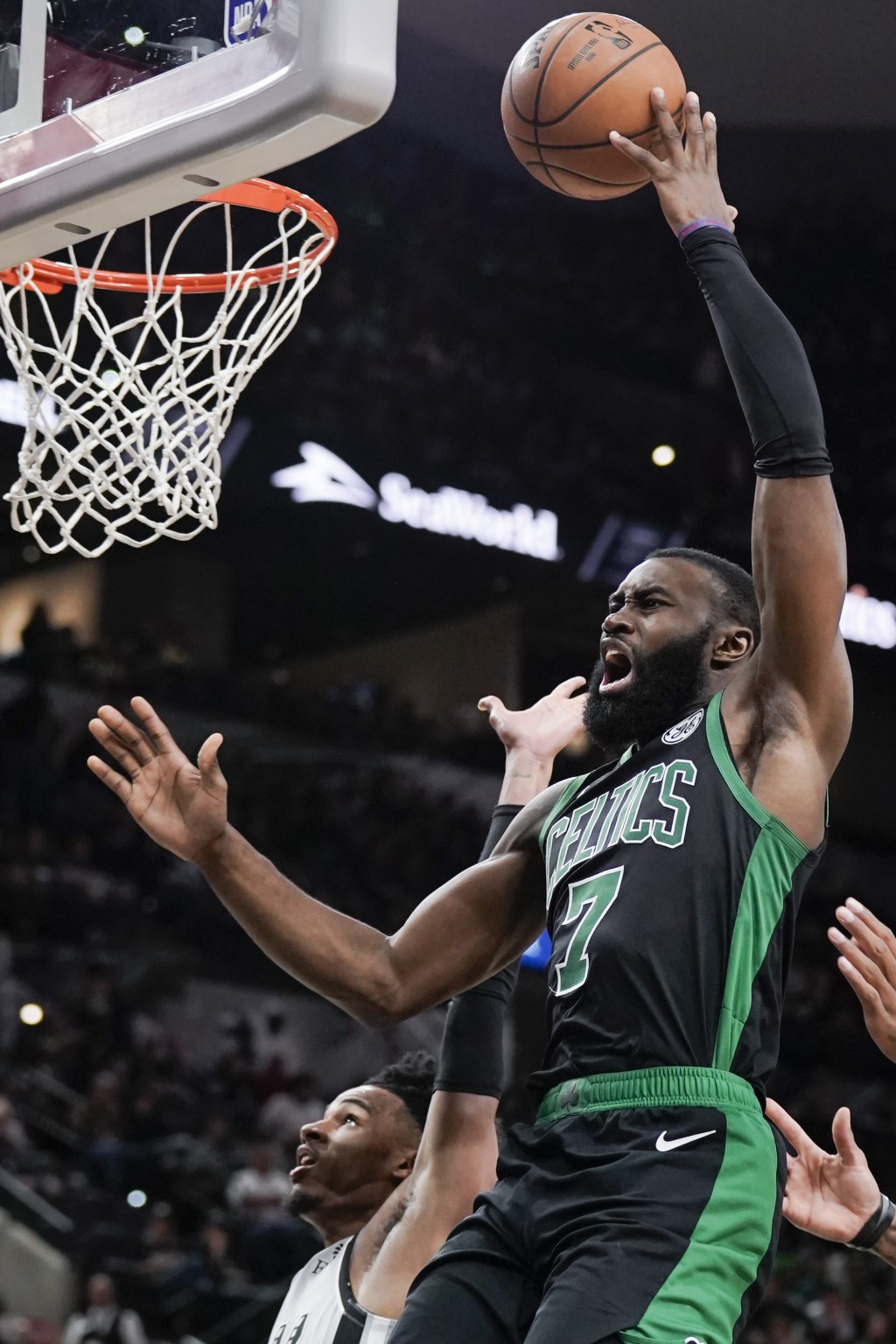 SAN ANTONIO (AP) — Jaylen Brown scored 30 points and the Boston Celtics routed the San Antonio Spurs 135-115 on Saturday in a victory that was tempered by the loss of Gordon Hayward, who broke his left hand late in the first half.

There was a somberness to the victory, though, as Hayward suffered his second significant injury since signing with the Celtics three seasons ago.

The Boston forward broke his left hand after colliding with San Antonio's LaMarcus Aldridge with just over a minute remaining in the first half. Hayward was sent for an X-ray that confirmed the diagnosis. He did not return to the game. The Celtics said Hayward will miss at least a month and he could undergo surgery, according to coach Brad Stevens.

Boston has not lost since dropping its season opener to Philadelphia, 107-93, on Oct. 23. The Celtics have outscored their opponents 115-101 since that opening loss and raised that dominance against the Spurs.

JJ Redick had 22 points on five 3-pointers and Jrue Holiday added 12 points and 11 assists for the Pelicans (2-7).

Ingram, who was born and raised in Kinston, North Carolina, finished 8 of 12 from the field and had 10 points in the fourth quarter while the Hornets went cold down the stretch.

Devonte Graham led the Hornets with 24 points and 10 rebounds. Terry Rozier had 18 points. However, both players shot 5 of 14 from the field as the Hornets were limited to 41% shooting as a team.