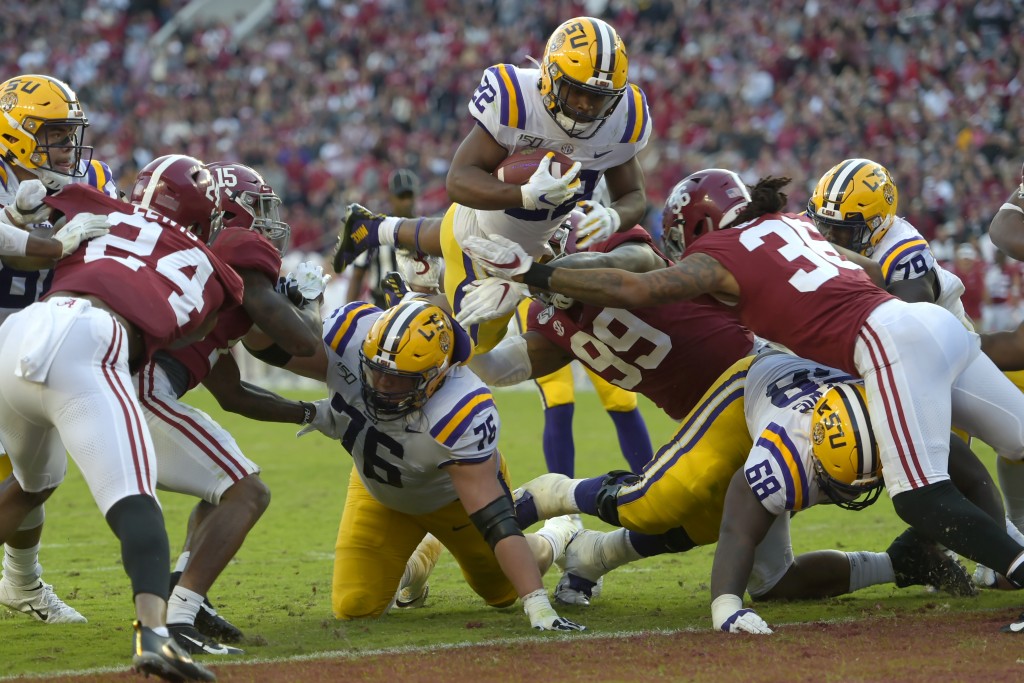 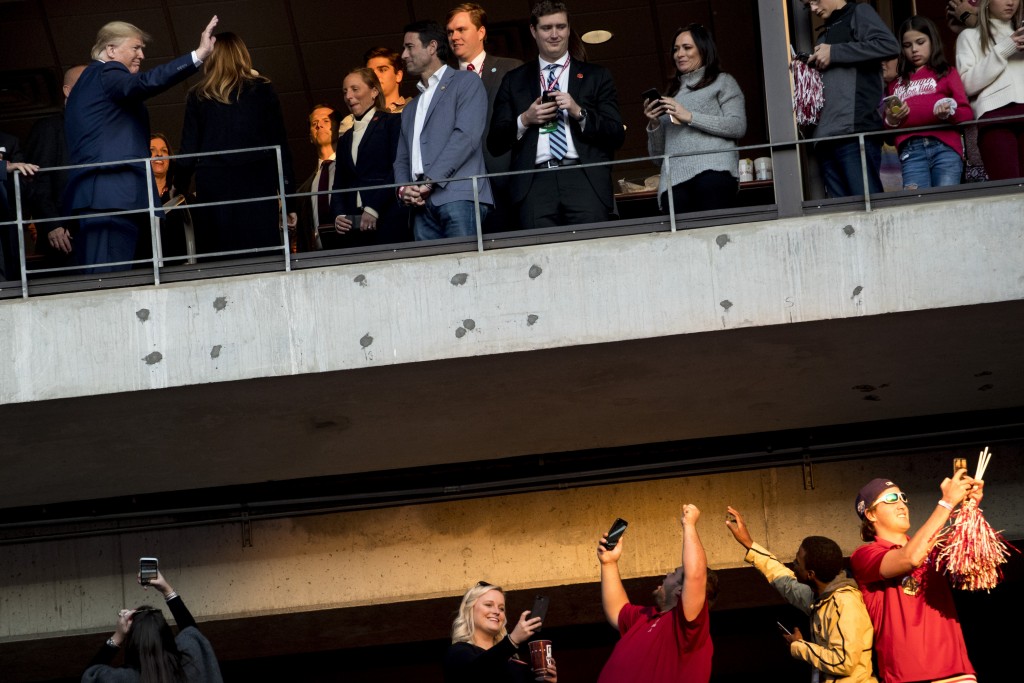 TUSCALOOSA, Ala. (AP) — Joe Burrow passed for 393 yards and three touchdowns and No. 1 LSU snapped an eight-game losing streak to No. 2 Alabama with a 46-41 victory Saturday.

The Tigers (9-0, 5-0 Southeastern Conference, No. 2 CFP) are no longer second fiddle in the SEC West, or maybe in the playoff rankings. And Burrow stamped himself as the Heisman Trophy front-runner with a gutty performance when he answered every challenge from 'Bama.

The showdown lived up to its billing as a duel between two high-powered offenses and star quarterbacks with President Donald Trump attending. Tua Tagovailoa launched an 85-yard touchdown pass to DeVonta Smith with 1:21 left after the Tigers' own scoring march.

Justin Jefferson recovered the onside kick and LSU ran out the clock.

Burrow completed 31 of 39 passes and ran for 64 yards. Clyde Edwards Helaire ran for three touchdowns and caught a scoring pass.

Tagovailoa, 20 days removed from ankle surgery, was 21 of 40 for 418 yards and four touchdowns with an interception and a fumble.