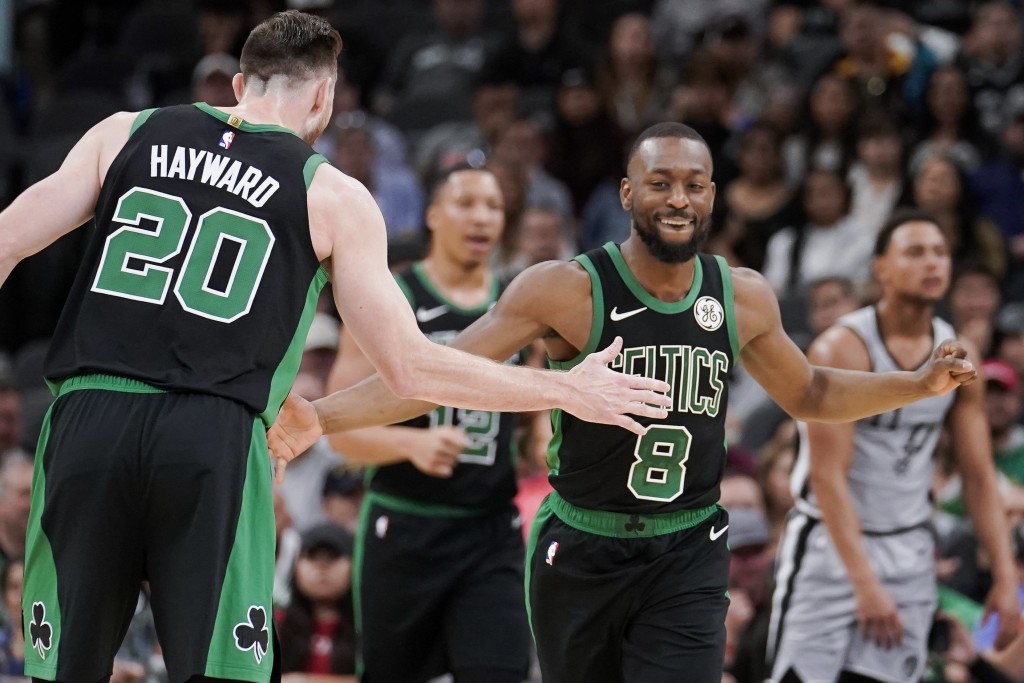 The Celtics say Hayward was sent for an X-ray that confirmed the diagnosis. Hayward will not return to the game against the Spurs and no timetable was provided for his return.

Hayward winced in pain after banging his left hand against Aldridge's chest attempting to get past the Spurs forward on a screen late in the first half. Hayward appeared to jam the hand once or twice more against Aldridge before exiting the game.

Hayward had nine points and two rebounds in 15 minutes before exiting. He is averaging 20.3 points this season for the Celtics, who have won six straight entering Saturday's game.

The 6-foot-7 forward missed the 2017 season after breaking his leg six minutes into Boston's season opener.