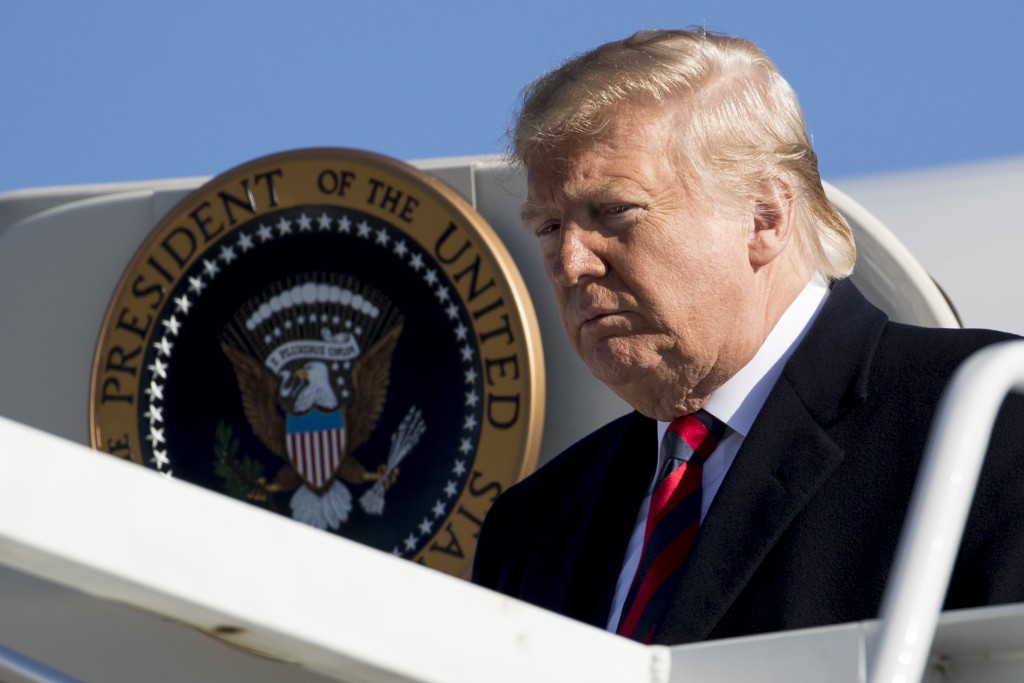 The incident occurred Saturday during Trump's visit to watch the University of Alabama football game. The towering Baby Trump balloon was set up in a nearby park.

Jim Girvan is an organizer of the balloon protests. He says someone charged the balloon with a knife and cut an 8-foot-long (2.4-meter-long) gash in the back. Girvan said the unidentified man was arrested. Tuscaloosa police did not immediately respond to a request for more details.

The orange diaper-clad caricature of the president is often taken to Trump appearances as a way to protest him.

Volunteer Robert Kennedy says the balloon immediately began to sag after it was cut.