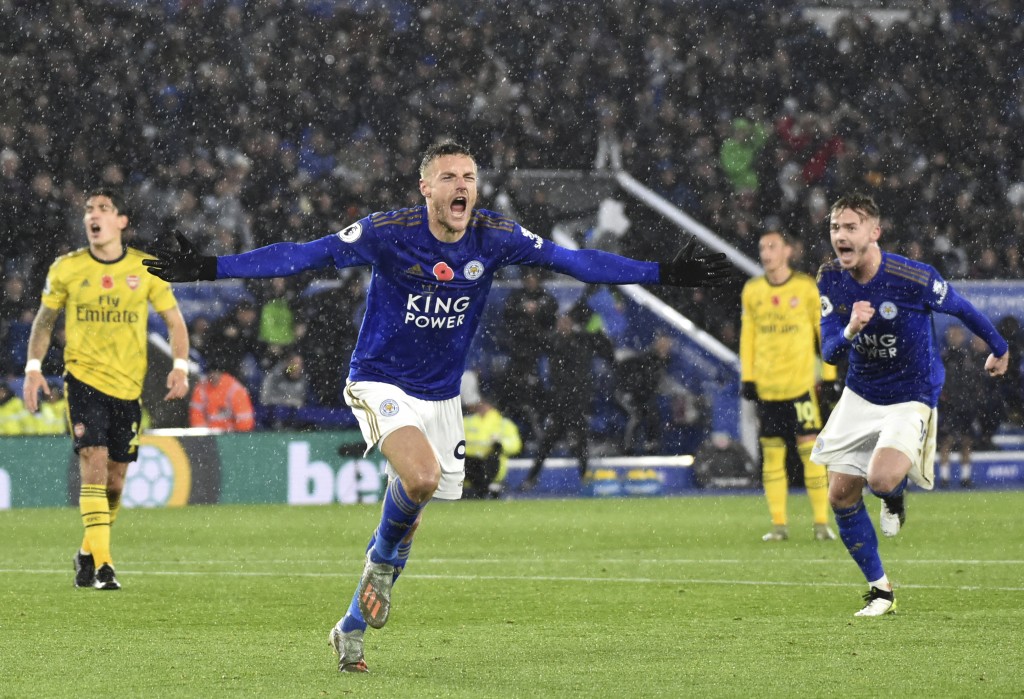 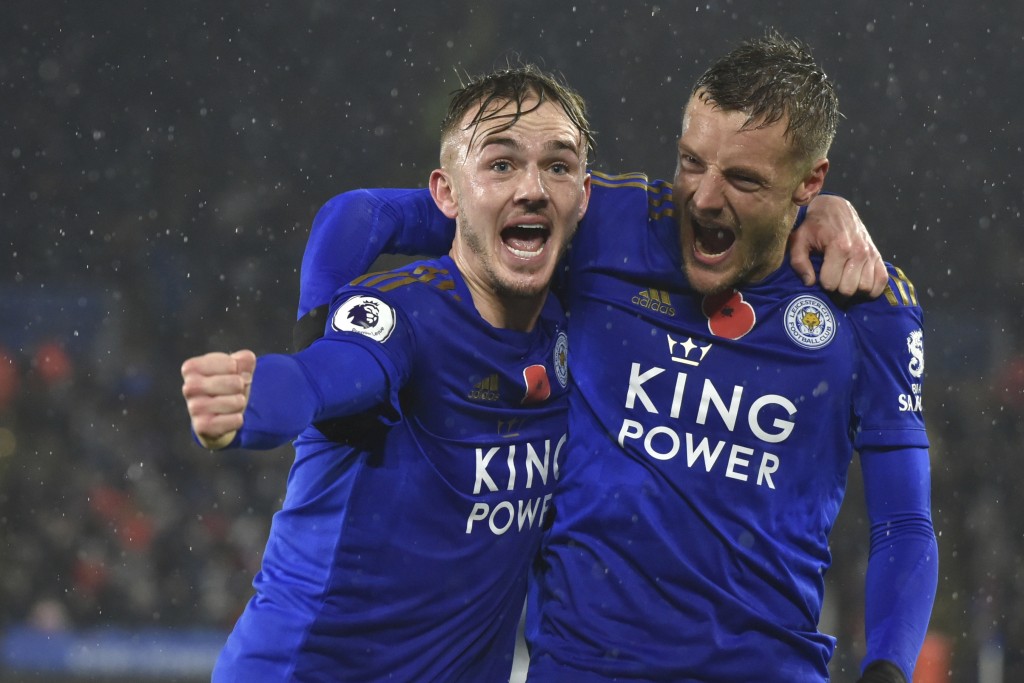 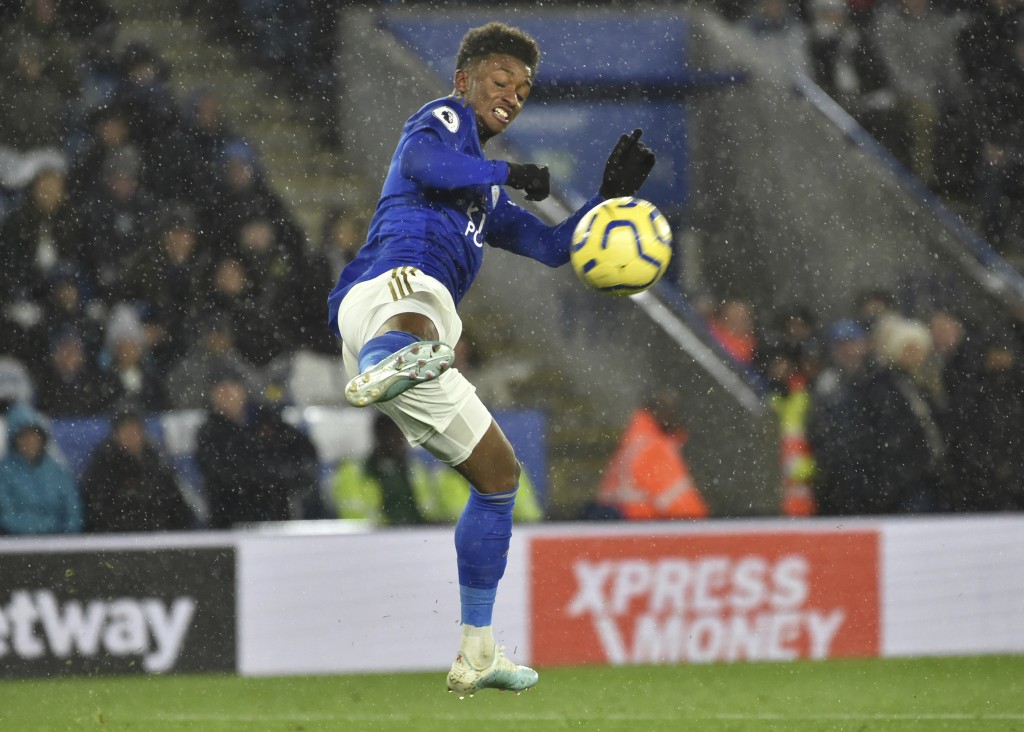 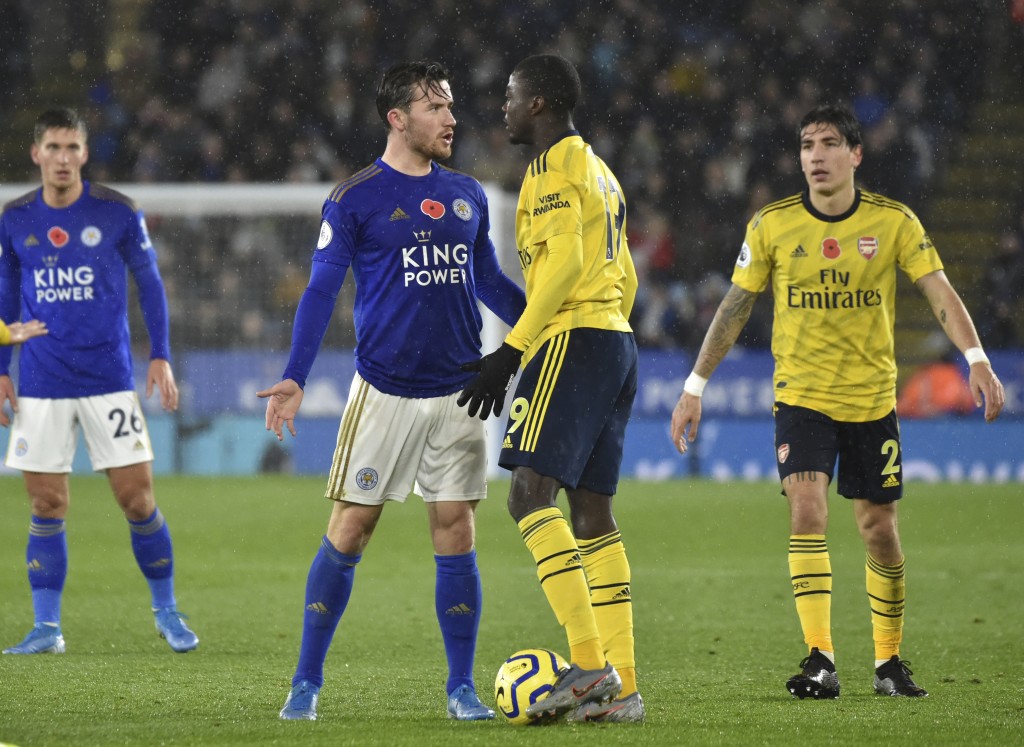 LEICESTER, England (AP) — Jamie Vardy scored one goal and set up another as Leicester confirmed its status as a surprise Premier League title contender with a 2-0 win over Arsenal on Saturday.

After Arsenal wasted chances in the first half, Vardy scored off a pass from Youri Tielemans in the 68th minute, then set up James Maddison for a second goal seven minutes later.

That leaves Arsenal sixth in the table and fast falling off the pace to qualify for the Champions League. Unai Emery's team has not won any of its last five games and has conceded goals in its last seven.

It wasn't a smash-and-grab win by an underdog, either.

Leicester created more, and better, chances than Arsenal, leading 19-8 on shots and recording seven on target to the London team's one.

Arsenal then had a Pierre-Emerick Aubameyang goal chalked off for offside.

Vardy's goal capped a fine team move from Leicester, with Tielemans playing a one-two before feeding the former England striker at the far post.

In the 75th Vardy held up the ball in the box and played it into the path of the advancing Maddison, who hit a fierce low shot that left Arsenal goalkeeper Bernd Leno with no chance.

Granit Xhaka was left out of the Arsenal side for the fourth game in a row following a controversial incident last month.