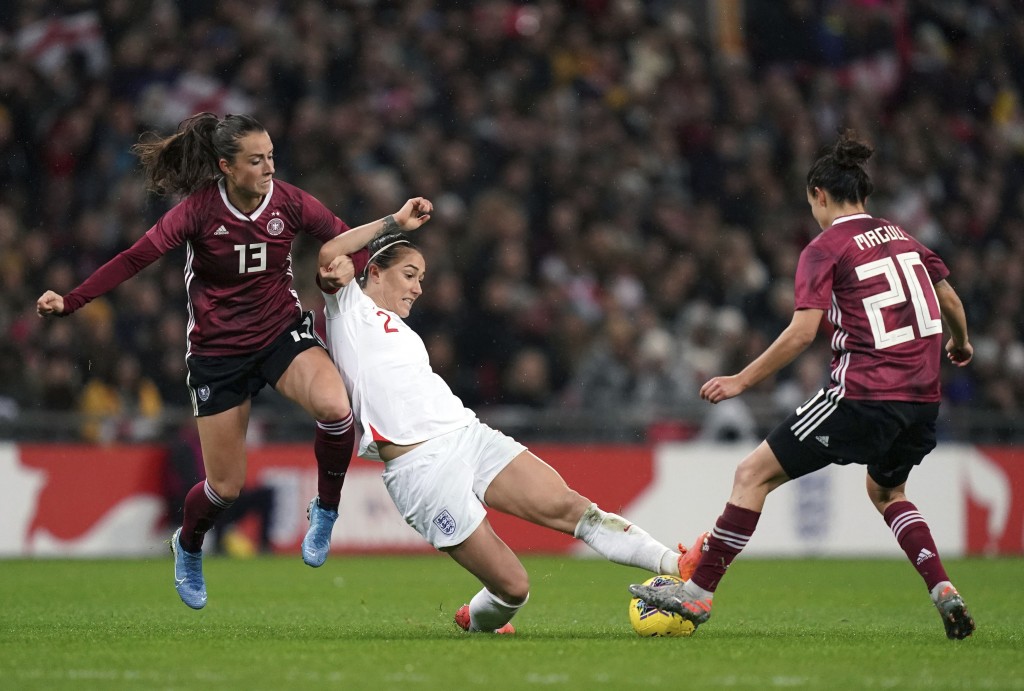 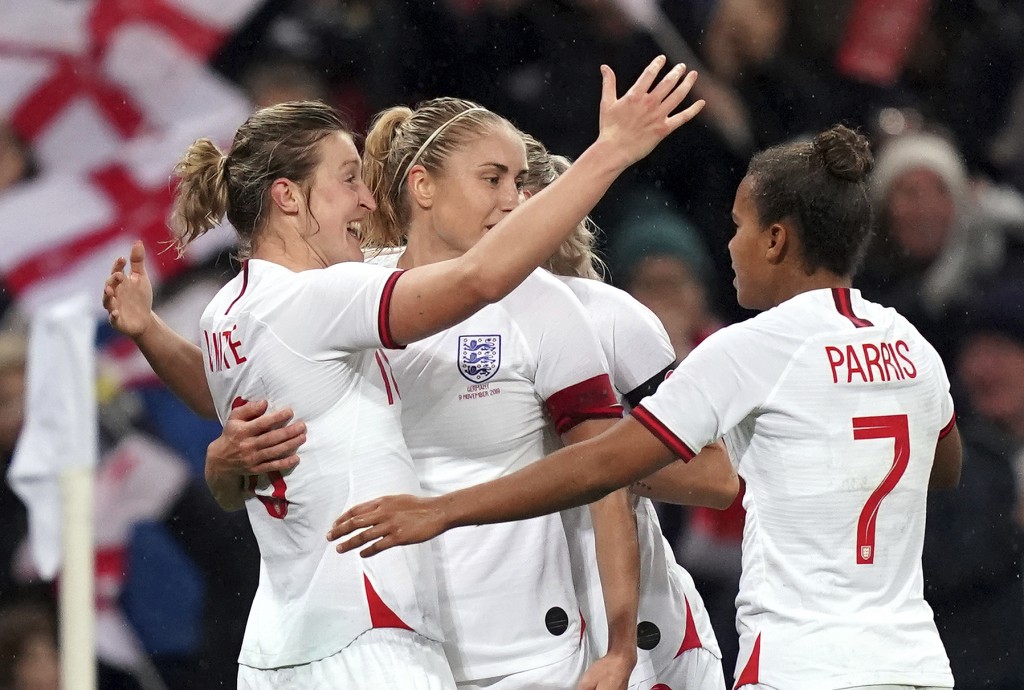 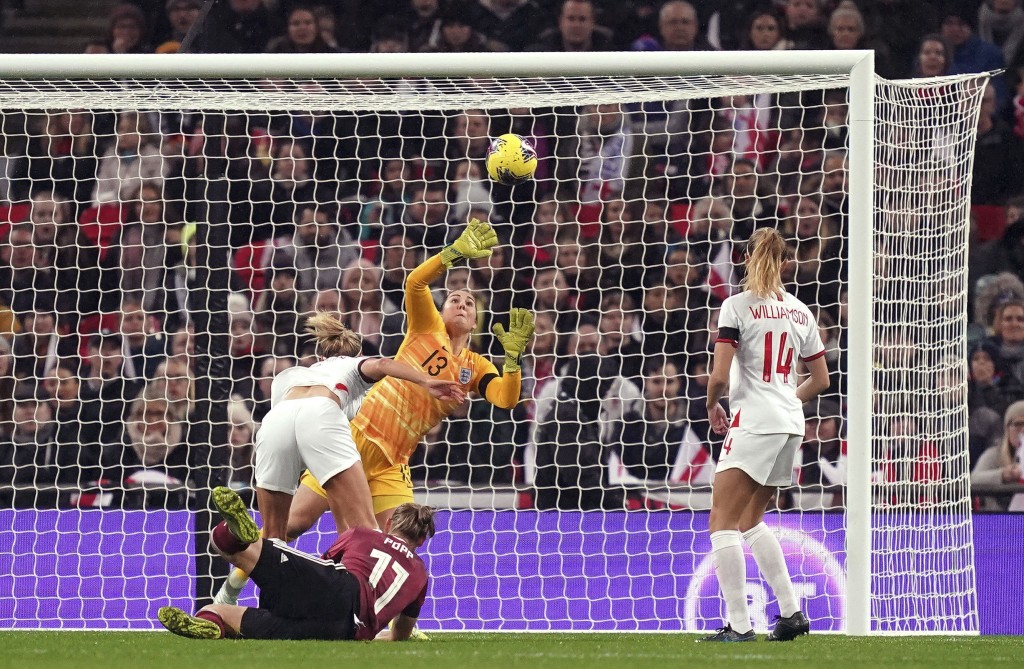 LONDON (AP) — A record crowd of 77,768 for English women's soccer saw fresh struggles for Phil Neville's side in a 2-1 loss to Germany at Wembley Stadium on Saturday.

England has now lost five of its last seven games, starting with the World Cup semifinal loss to the United States in July.

White did turn things around for England just before halftime, canceling out Alexandra Popp's ninth-minute header.

But just when the Lionesses were preparing to celebrate claiming a draw against the world's second-ranked team, Klara Buhl struck in stoppage time.

As the rain fell in north London, there won't have seemed much to celebrate for the hosts.

But the English attracted what appears to be the biggest-ever crowd for a women's friendly, anywhere.

The previous best-attended women's game was in 1999 when more than 90,000 watched the U.S. beat China in the World Cup final at the Rose Bowl in California.

The next biggest crowd came at Wembley in the 2012 London Olympics when just over 80,000 saw the U.S. beat Japan.

The increased interest in the Lionesses is highlighted by the fact Wembley has added around 30,000 fans to the attendance that saw England lose to Germany at the stadium five years ago.