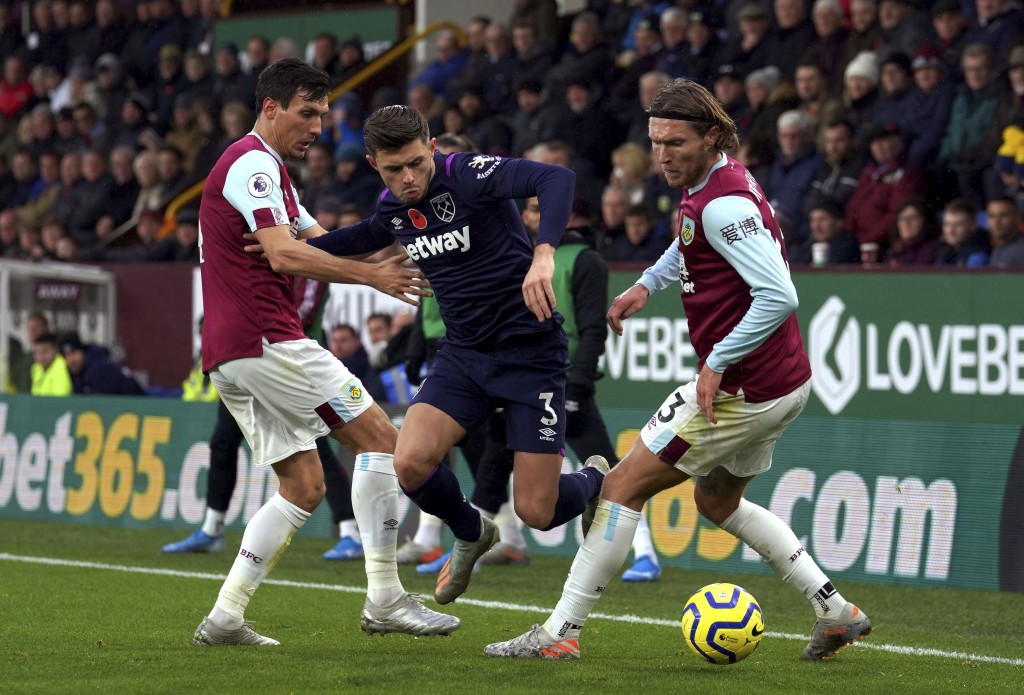 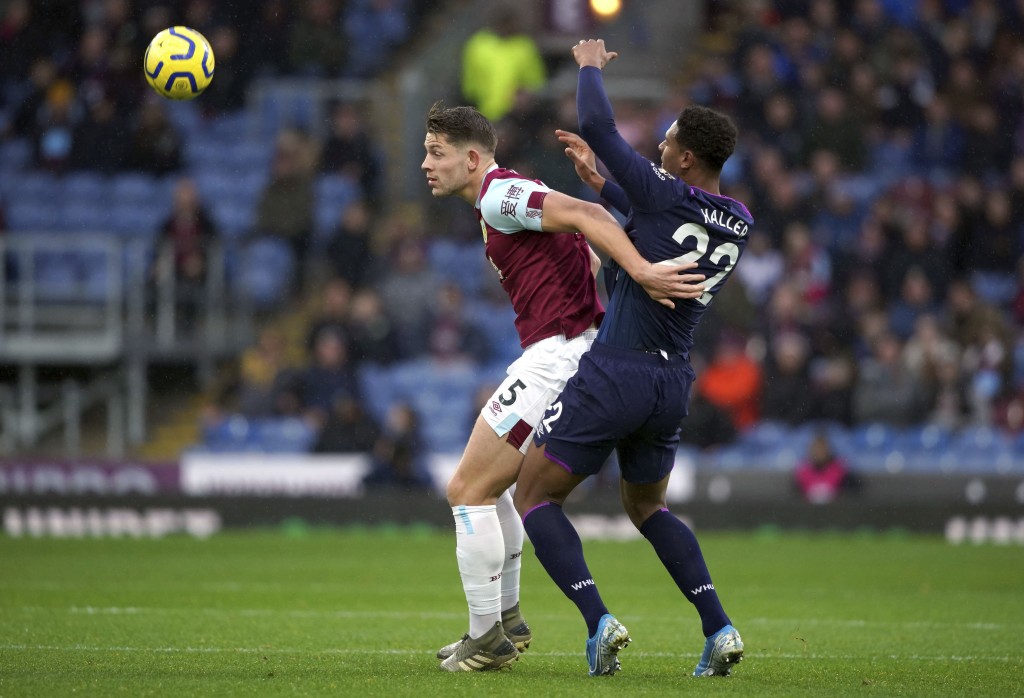 Ashley Barnes scored in the 11th minute after Roberto failed to catch the ball at a corner.

Chris Wood put the ball in the net, only for video review to disallow it for offside, but scored soon after in the 44th after a poor pass in defense left West Ham exposed.

West Ham's inconsistent stand-in for the injured Lukasz Fabianski, Roberto added an own-goal in the 54th, knocking the ball into his net at a corner.

After three straight losses, the win at Turf Moor returns Burnley to the top half of the table, while West Ham is on a seven-game run without a win in all competitions since beating Manchester United 2-0 on Sept. 22. The Hammers haven't won away in the league since August.

There was another blow for West Ham in stoppage time as Manuel Lanzini was stretchered off with an apparent shoulder injury.