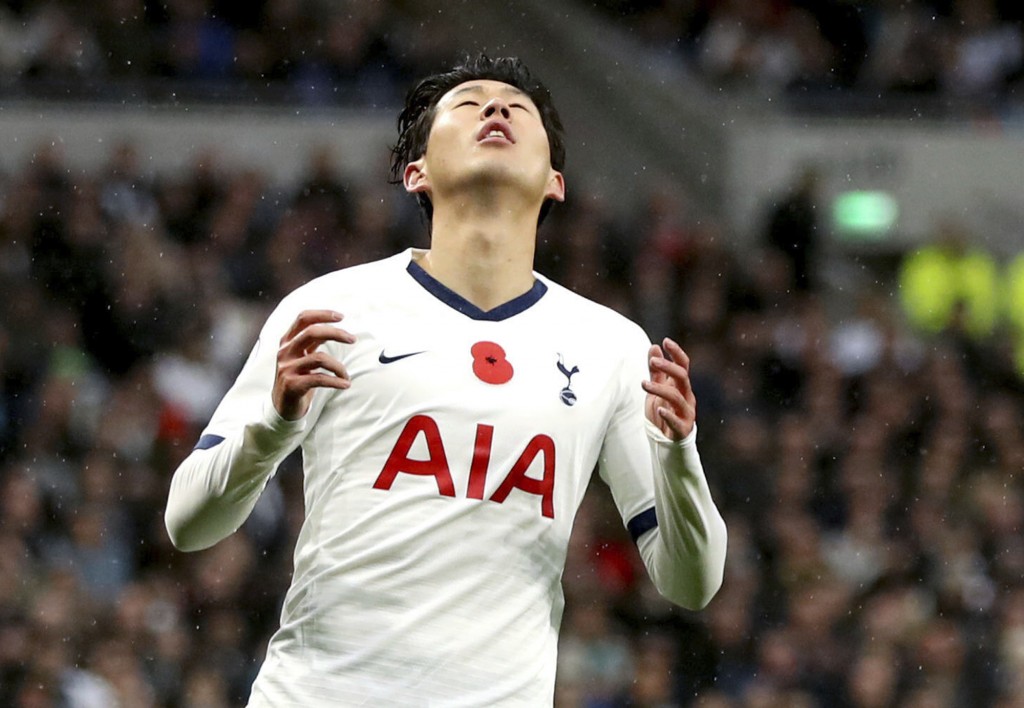 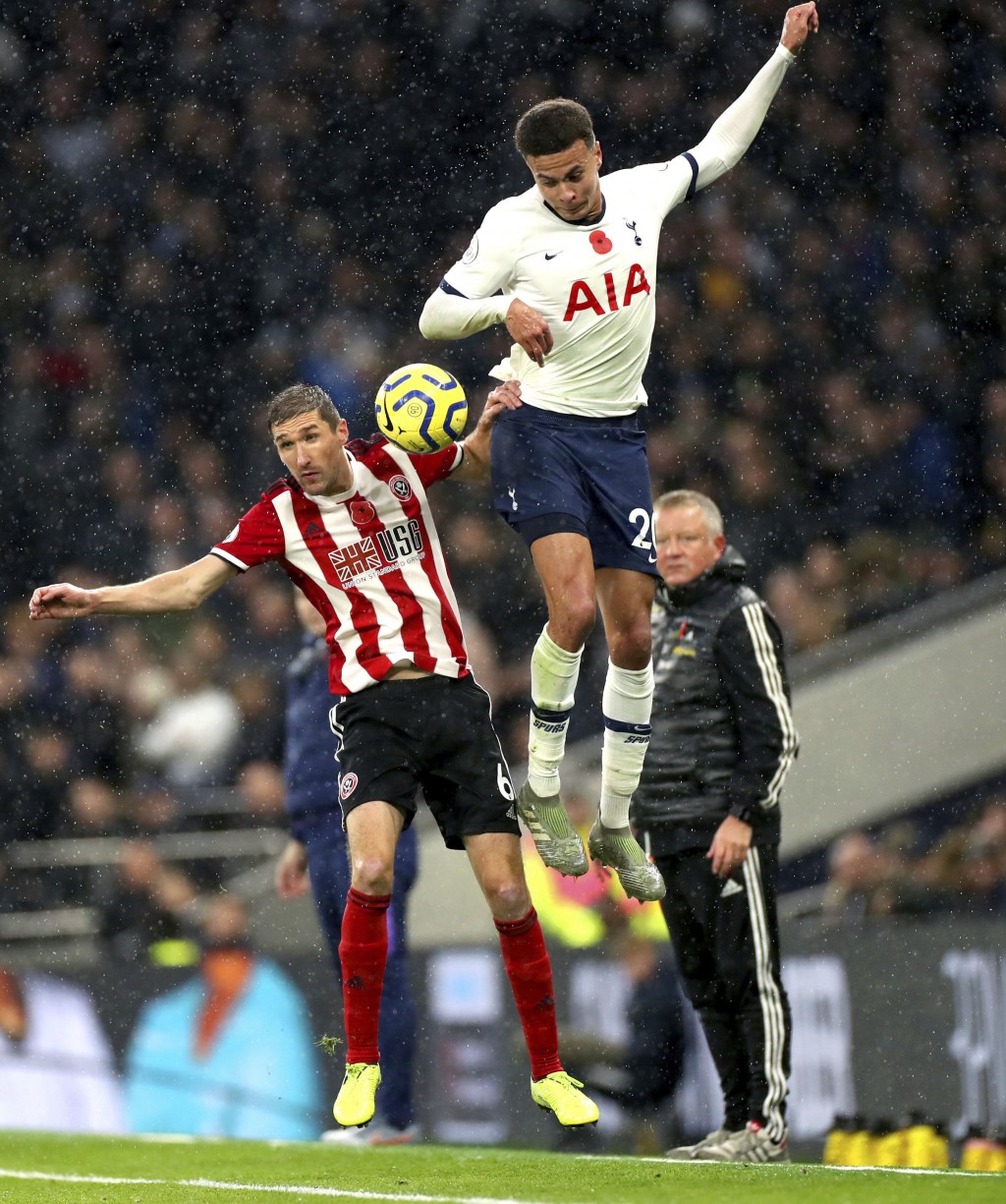 LONDON (AP) — Back in Premier League action after his red card was overturned, Son Heung-min scored for Tottenham but that wasn't enough to beat Sheffield United in a 1-1 draw on Saturday.

Beating Red Star Belgrade in the Champions League on Wednesday had given Tottenham hope of its first back-to-back wins since April. However, Sheffield was superior for long periods of the game, though frustrated by a contentious decision from the video assistant referee system.

After a first half when Sheffield had the better chances, including John Lundstram hitting the post, Tottenham took the lead in the 58th when Son seized on a poor pass by Enda Stevens to score.

The Korean was facing a league suspension after a red card last weekend for a challenge which led to a serious injury for Everton's Andre Gomes, but was free to play when the ruling was overturned.

Sheffield responded 90 seconds later when David McGoldrick pulled the ball into the net off a cross from Stevens, but a lengthy VAR review showed George Baldock's toes offside in the buildup.

Baldock scored for Sheffield in the 78th after his cross eluded everyone to go in at the far post, though he had to wait for another VAR review.

Baldock admitted Sheffield's players thought a win was possible, but "we'd have bit your hand off if you offered us a draw." As for the offside: "I've got quite long toes."

Tottenham fans booed loudly at the final whistle as their team continued its inconsistent form and remained in the bottom half of the Premier League table. Sheffield continued its strong start to the season and is fighting with Arsenal for fifth place.