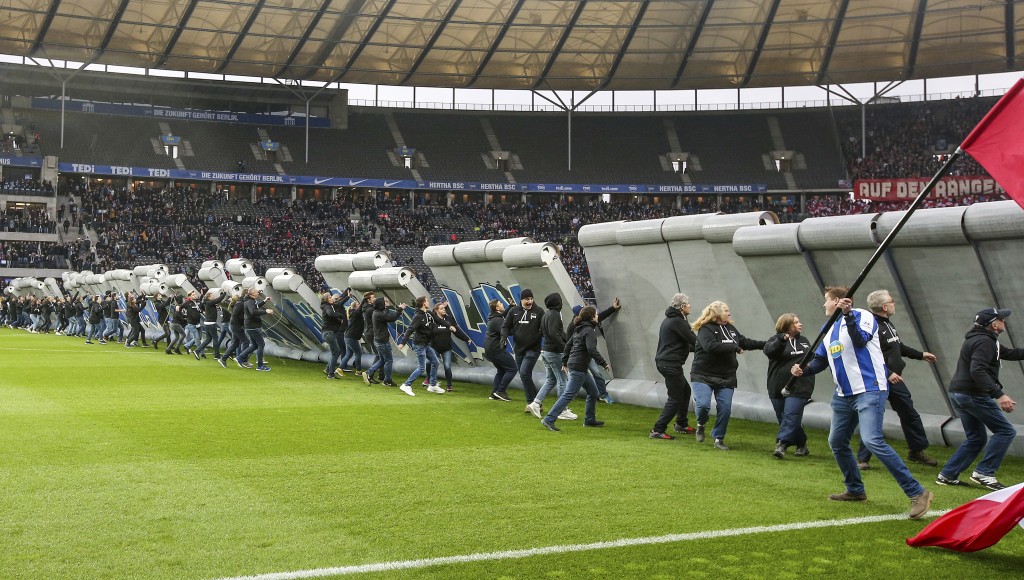 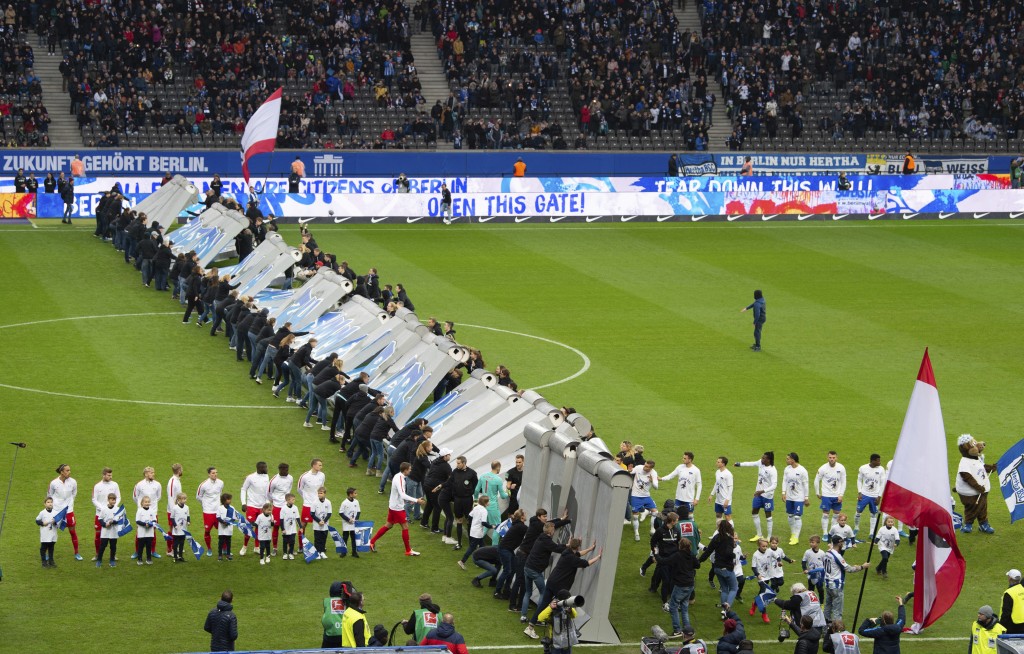 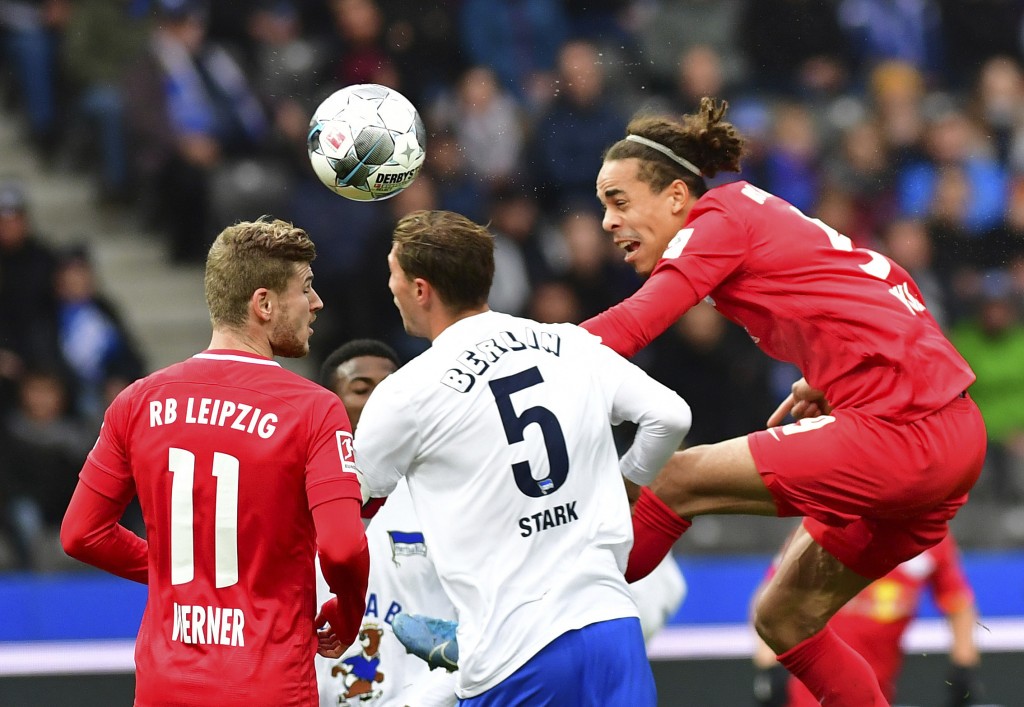 BERLIN (AP) — German soccer fans tore down a symbolic "Berlin Wall" erected across the middle of the field at Hertha Berlin's Olympiastadion before the Bundesliga game against visiting Leipzig on Saturday.

Leipzig won 4-2 after the commemorations of the 30th anniversary of the fall of the Berlin Wall.

Hertha turned back the clock with a retro scoreboard and by wearing retro white jerseys with a Berlin bear on the front, based on the shirts that the team wore in its first game two days after the fall of the Berlin Wall in 1989.

Maximilian Mittelstädt put Hertha ahead in the 32nd minute but Werner equalized from the penalty spot six minutes later after Karim Rekik was penalized through VAR for handball.

Rekik deflected Marcel Sabitzer's shot past Rune Jarstein for 2-1 just before the break.

Kevin Kampl's 86th-minute goal for 3-1 to Leipzig was followed by Werner's second in injury time, though there was still time for Davie Selke to score for the hosts.

It was Hertha's first game since it announced Friday that former Germany and United States coach Jürgen Klinsmann had joined the club's supervisory board and that investment firm Tennor had increased its holding to 49.9% for 99 million euros. Tennor, which is headed by investor Lars Windhorst, paid 125 million euros for its 37.5% stake in June.