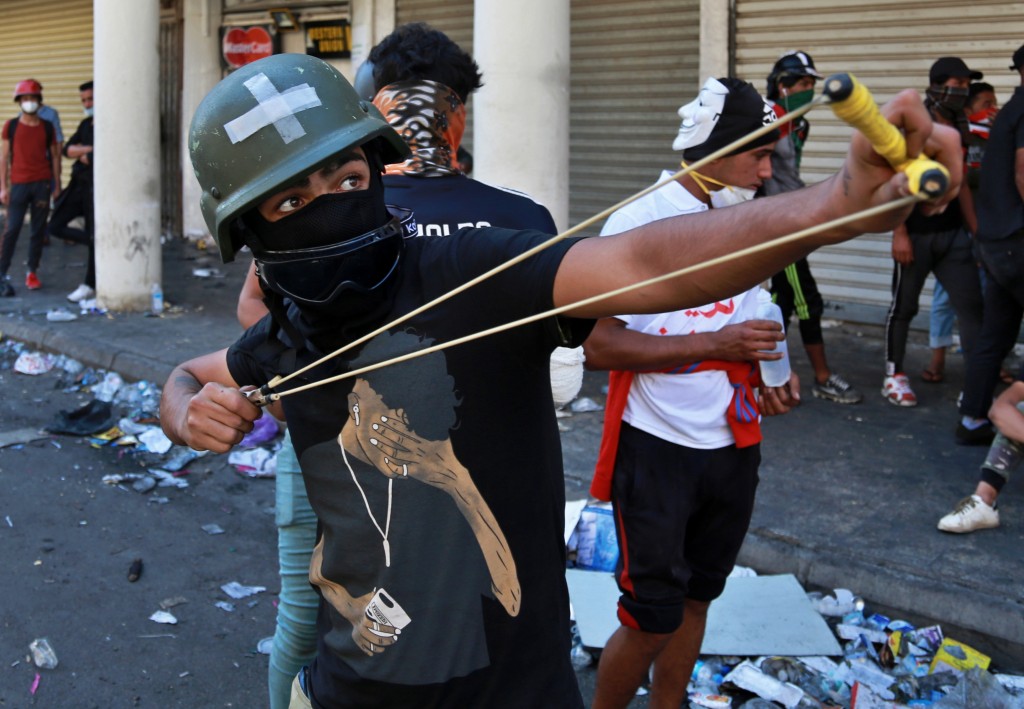 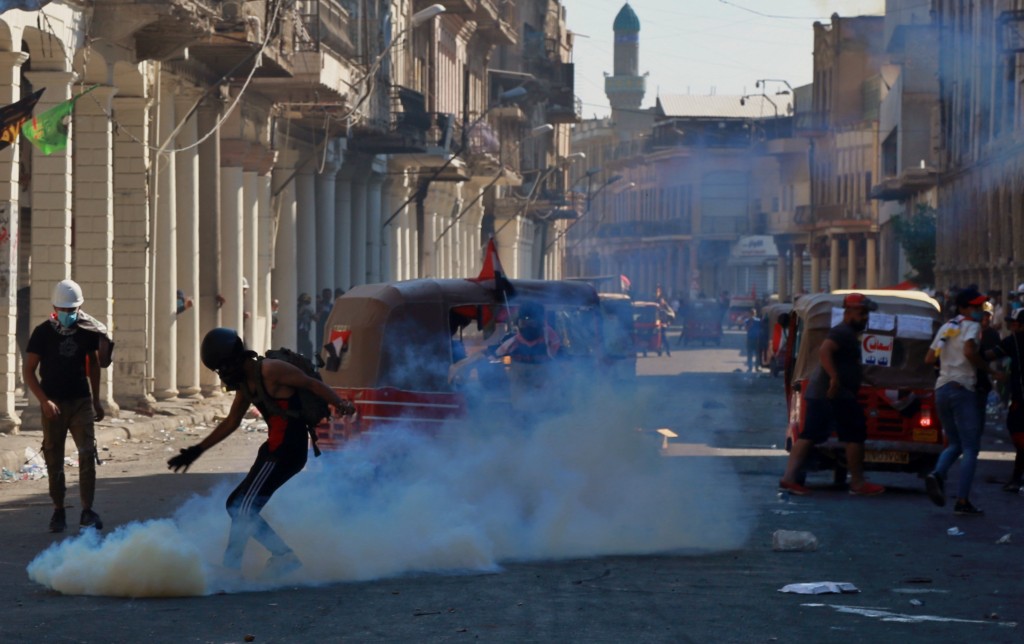 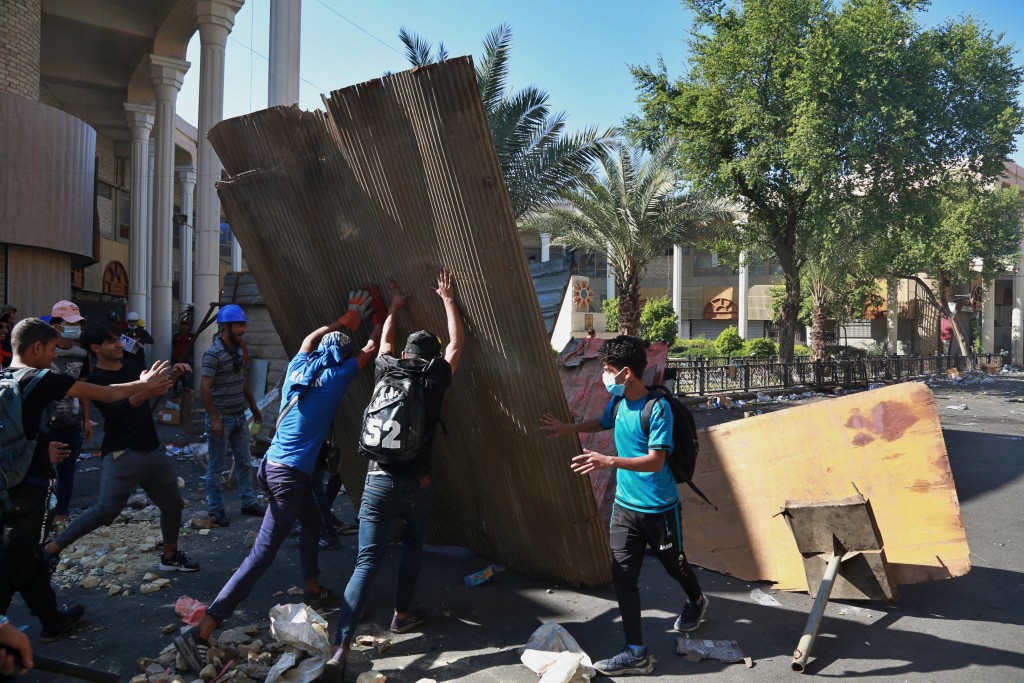 BAGHDAD (AP) — The Latest on protests in Iraq (all times local):

The officials said the deaths and injuries occurred Saturday afternoon when protests intensified in Baghdad after security forces cleared three main bridges over the Tigris river.

The officials, who spoke on condition of anonymity in line with regulations, say three protesters were shot dead while the fourth was killed by a tear gas canister that hit him in the head.

Earlier in the day, Iraqi security forces were firing live ammunition at protesters in central Baghdad, hours after they cleared three flashpoint bridges of anti-government protesters.

Iraqi medical officials say security forces have cleared a flashpoint bridge in Baghdad of anti-government protesters using stun grenades and tear gas, in clashes that are among the heaviest since the unrest began last month.

Saturday's confrontations at Sinak bridge pushed the demonstrators back to the nearby Khilani square where clashes wounded 35 people.

The officials spoke on condition of anonymity in line with regulations.

Protesters appeared to be regrouping to try forcing their way again across the bridge, which has seen daily clashes with security forces.

The bridge spans the Tigris and gives access to the heavily fortified Green Zone, the seat of government.

Anti-corruption protests and a heavy-handed security response have resulted so far in more than 250 deaths.