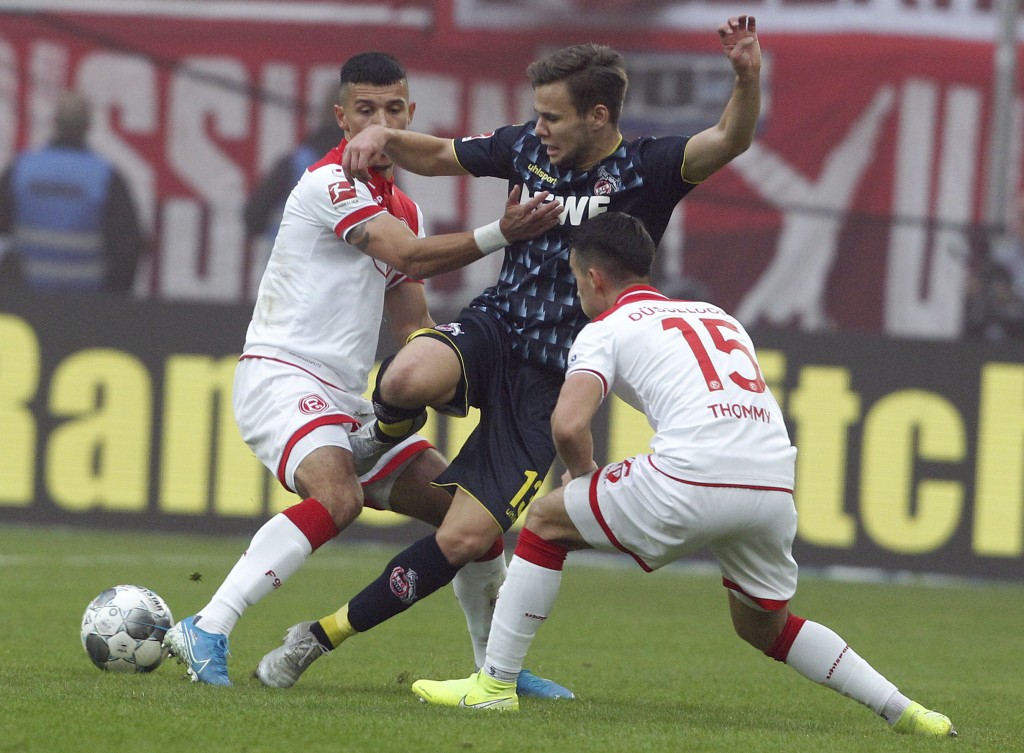 The German club says André Pawlak and Manfred Schmid will take over "in the interim."

Cologne's 2-1 defeat on Friday was its eighth loss in 11 league games. Cologne is in the relegation zone and in danger of a swift return to the second division after being promoted as second-division champion last season.

Cologne's new sporting director Frank Aehlig says, "I regret that we've had to take this step, because we value Achim Beierlorzer very highly. However, the hoped for sporting success hasn't been achieved so far."

Aehlig only took over as sporting director from Armin Veh on Friday. The club said Veh's departure was agreed by mutual consent.

Cologne was knocked out of the German Cup by fourth-tier Saarbrücken on Oct. 29.

Beierlorzer was appointed in the summer after two successful years at Jahn Regensburg. His last game at Regensburg was a 5-3 win over Cologne.

Beierlorzer is the second coach to lose his job in the Bundesliga this season. Bayern Munich fired Niko Kovac last weekend.