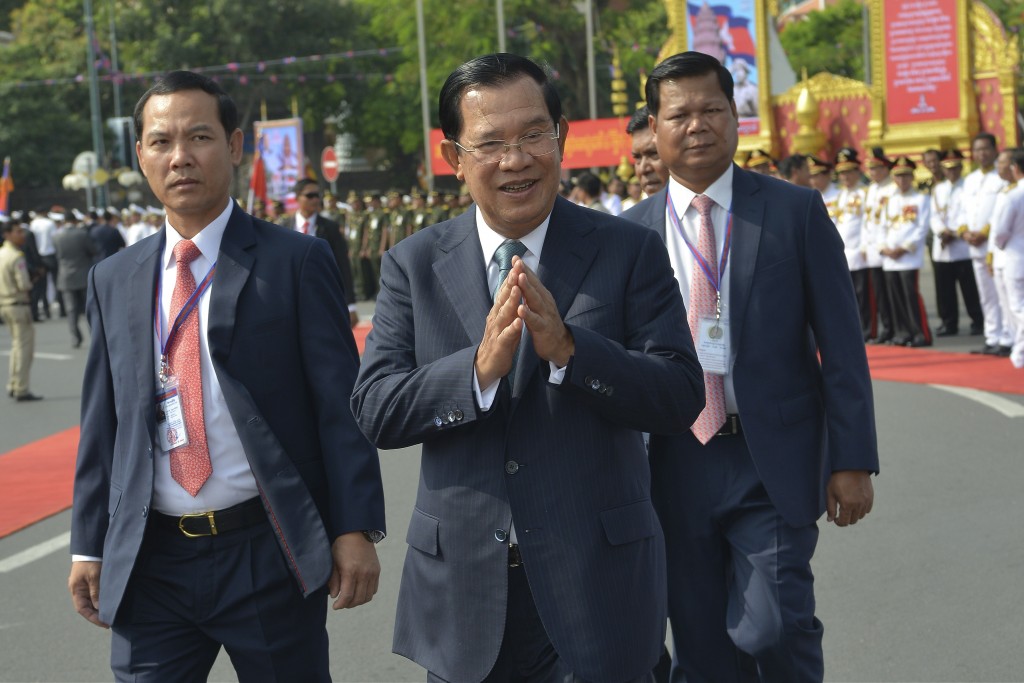 Cambodia's exiled opposition leader Sam Rainsy has landed in Kuala Lumpur in a bid to return to his homeland after Thailand had earlier blocked him from entering.

Rainsy was speaking to reporters after landing in Kuala Lumpur on Saturday.

Rainsy was stopped Thursday by Thai Airways from boarding a flight from Paris, his home in exile, to Bangkok. He boarded a flight on Friday from Paris to an undisclosed destination.

Cambodia's exiled opposition leader Sam Rainsy is racing against time to meet his self-declared Saturday deadline to return to his country to lead a movement to depose long-serving Prime Minister Hun Sen.

Sam Rainsy said late Friday he was boarding a plane in Paris, his home in exile, for an undisclosed destination.

An effort he made Thursday to fly from Paris to Thailand — Cambodia's western neighbor — was thwarted when Thai Airways refused to let him board. Thai Prime Minister Prayuth Chan-ocha earlier said he would be barred from entering.

Hun Sen's government has declared Sam Rainsy and fellow leaders of the banned Cambodia National Rescue Party unwelcome to return, beefing up security on the country's land borders and telling airlines they should not carry him to his homeland.