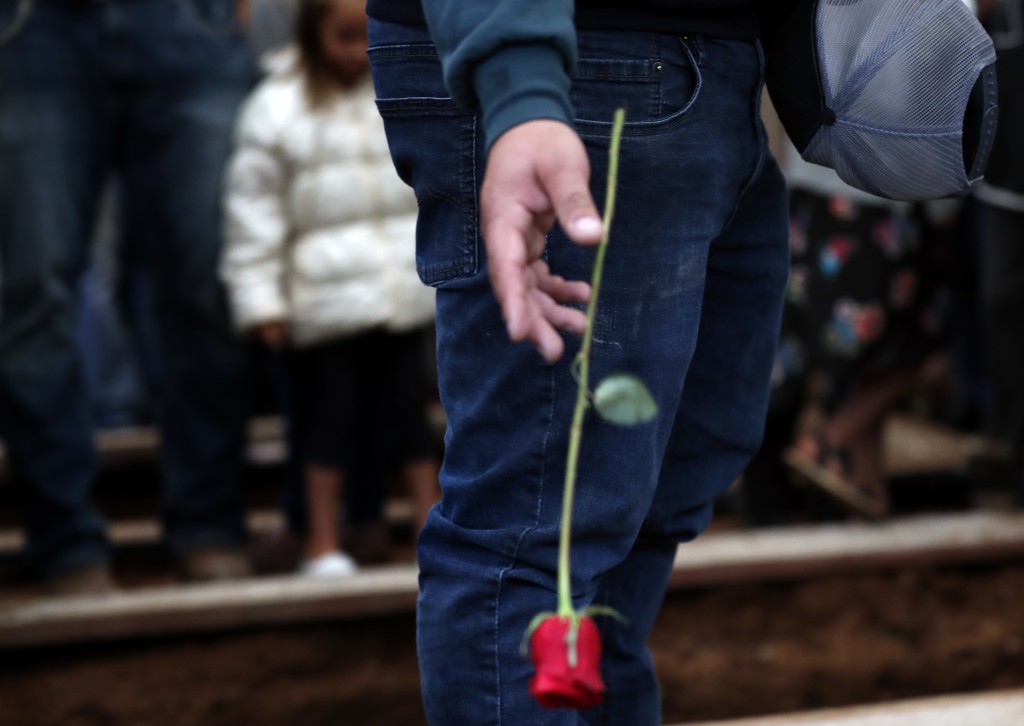 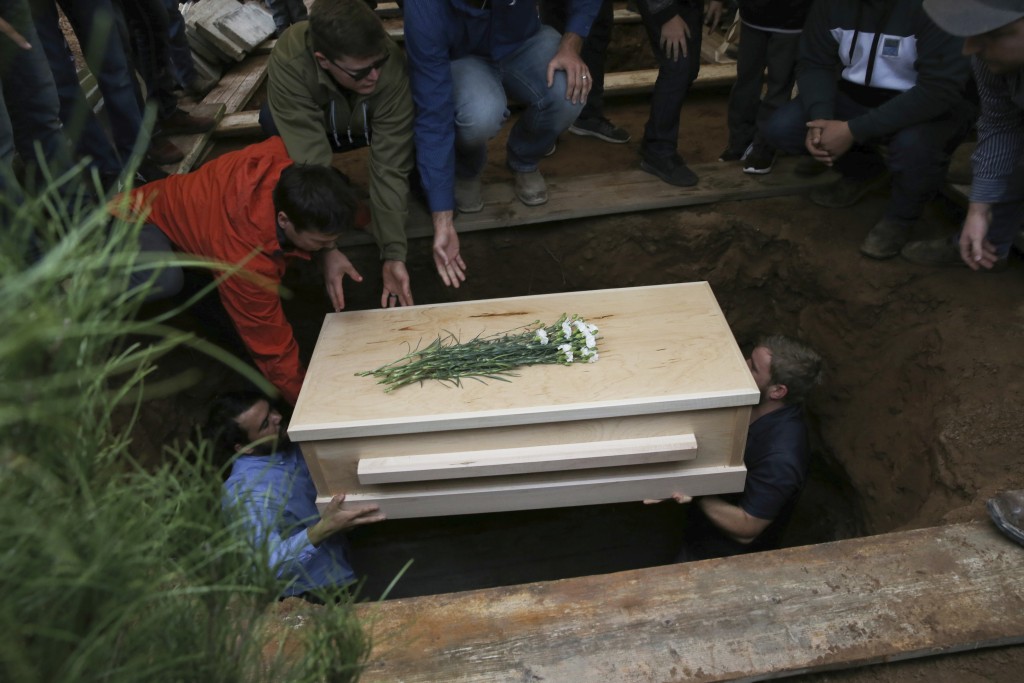 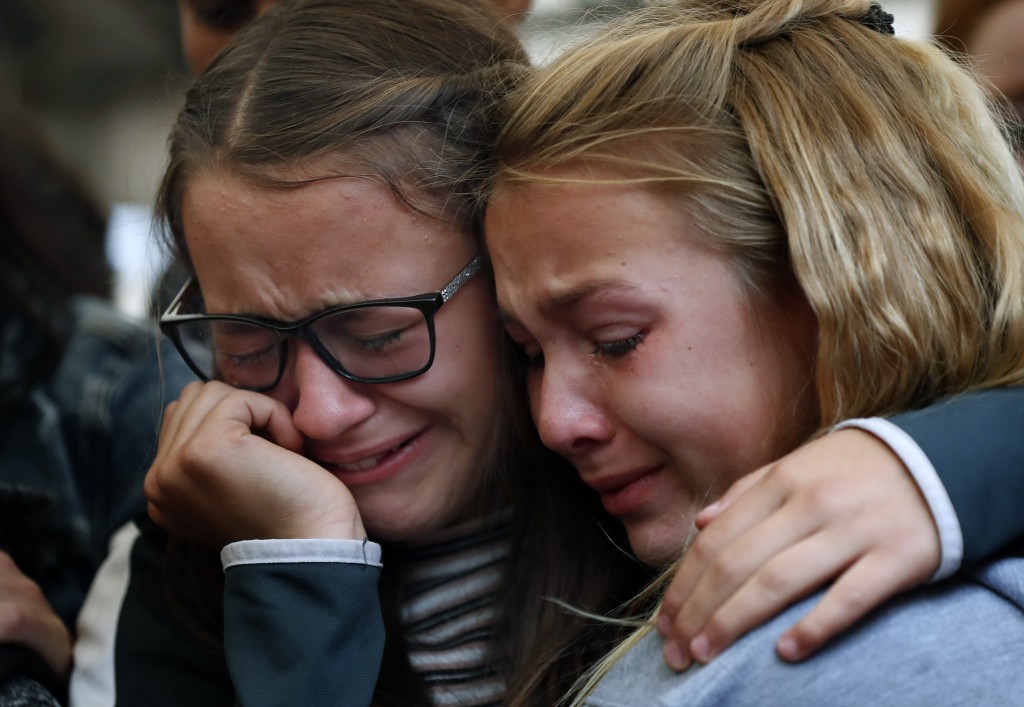 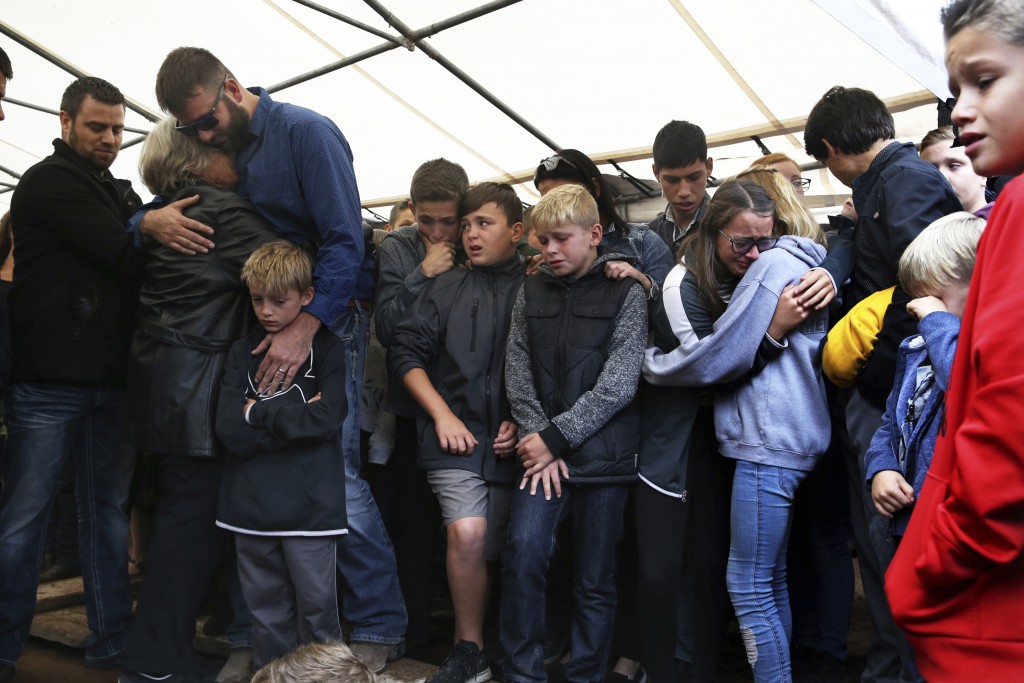 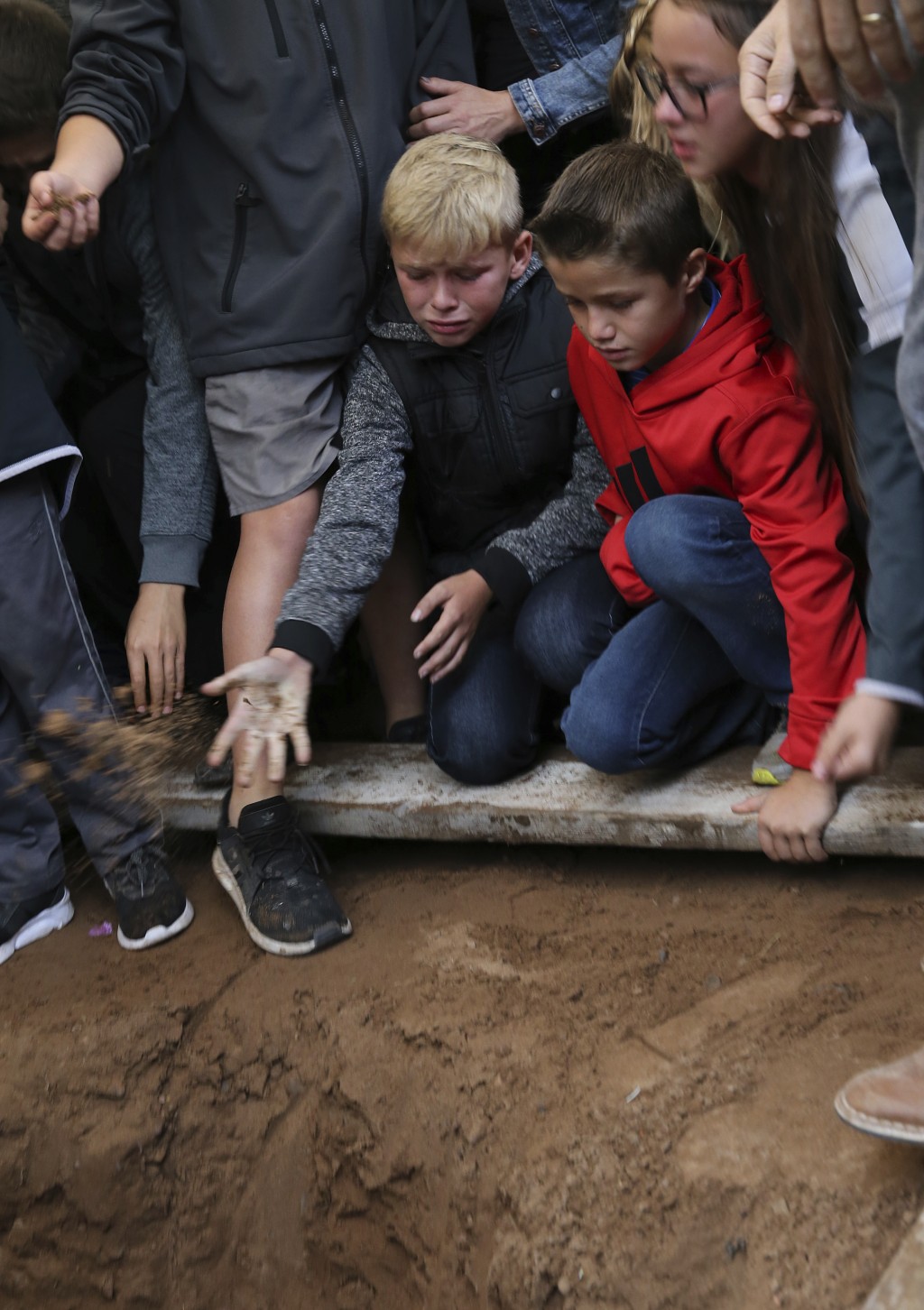 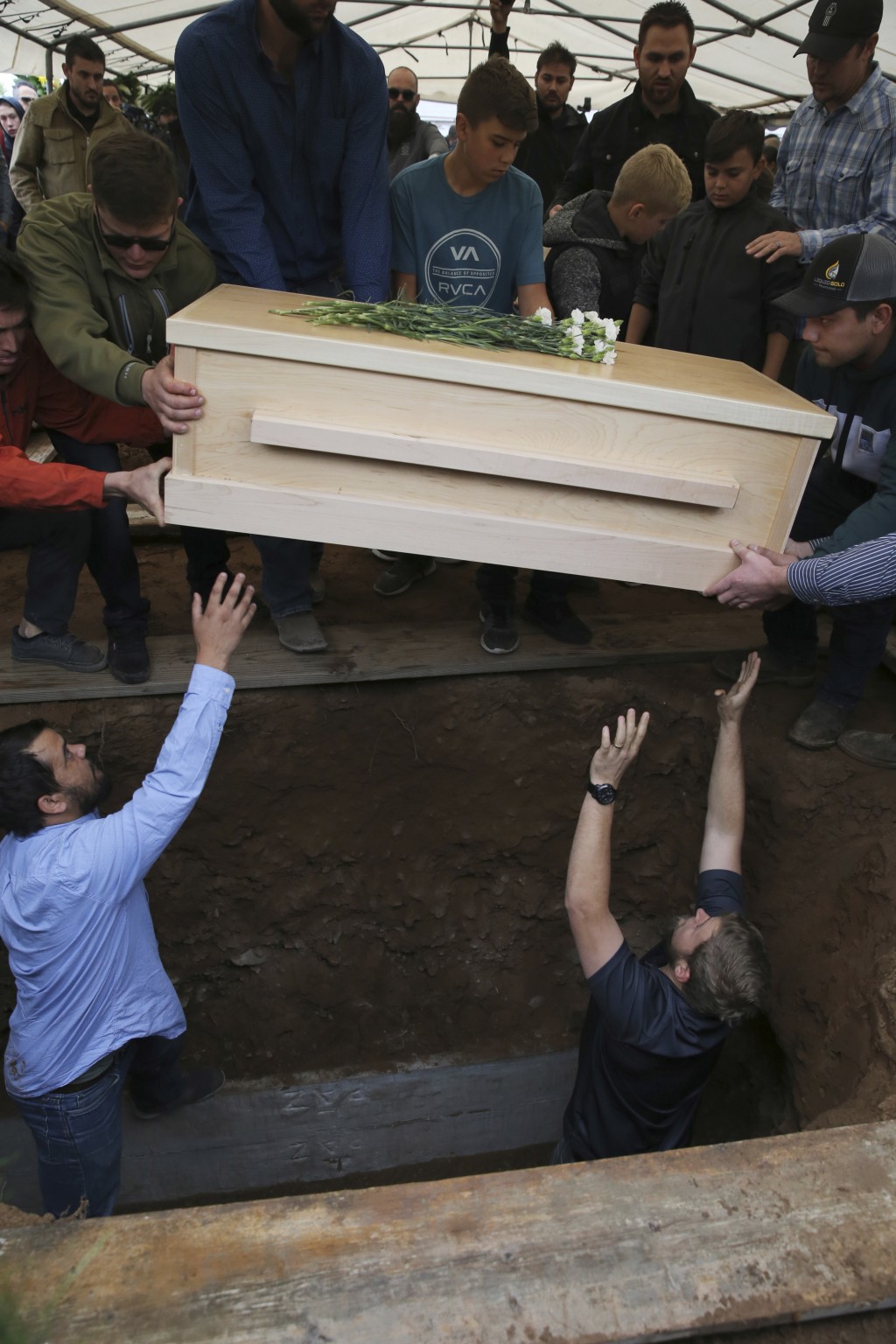 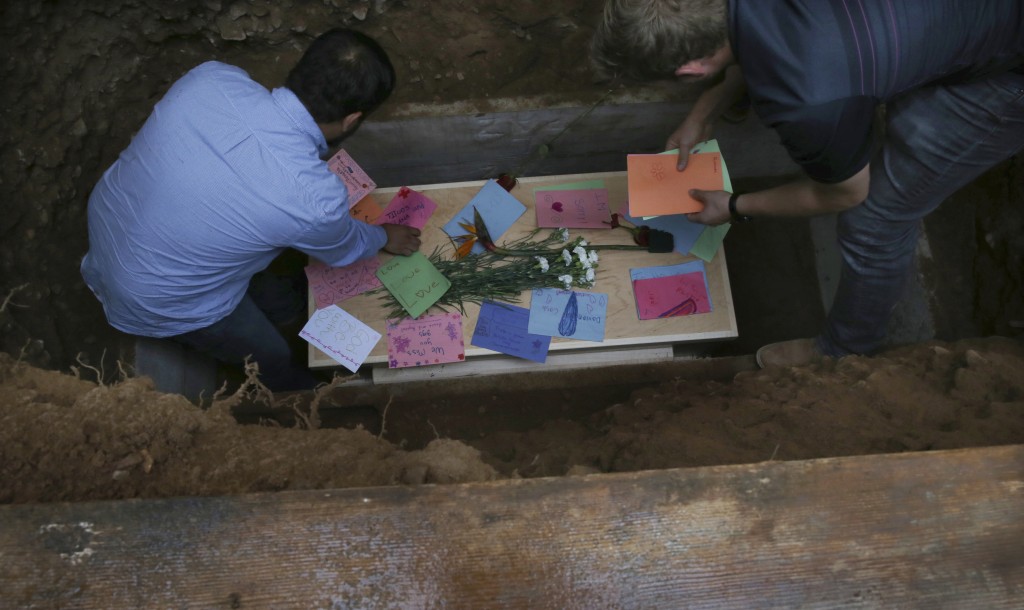 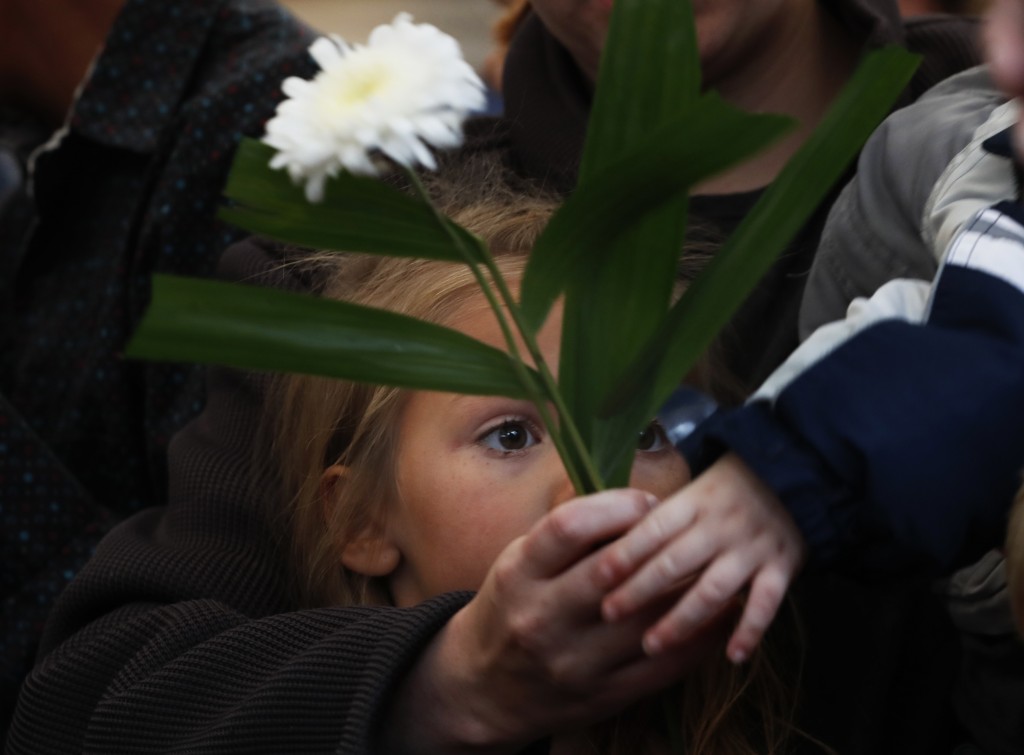 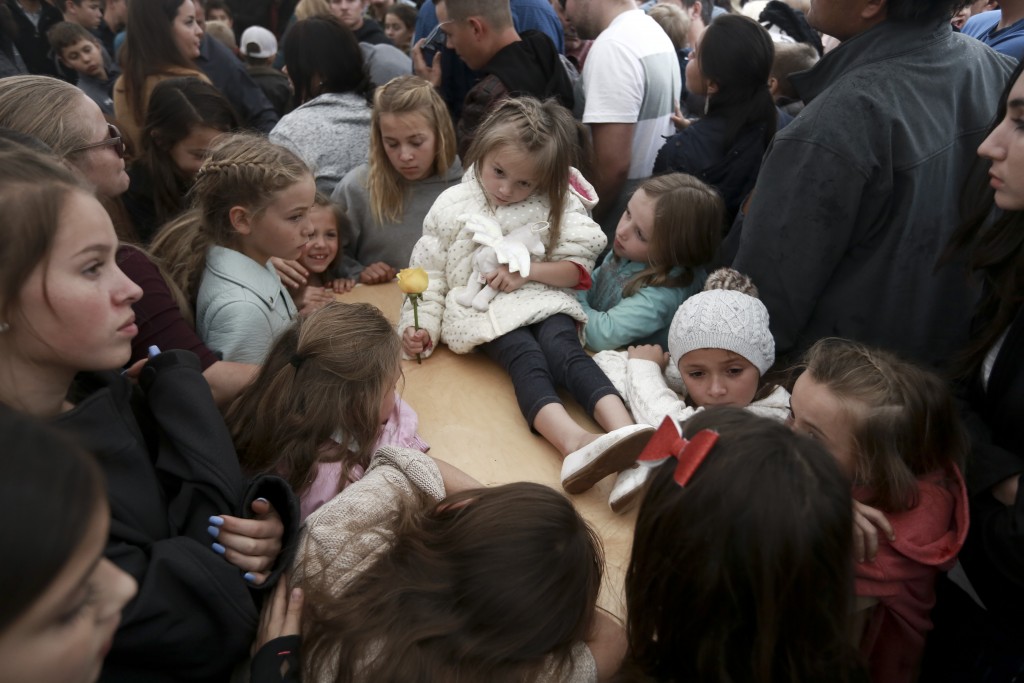 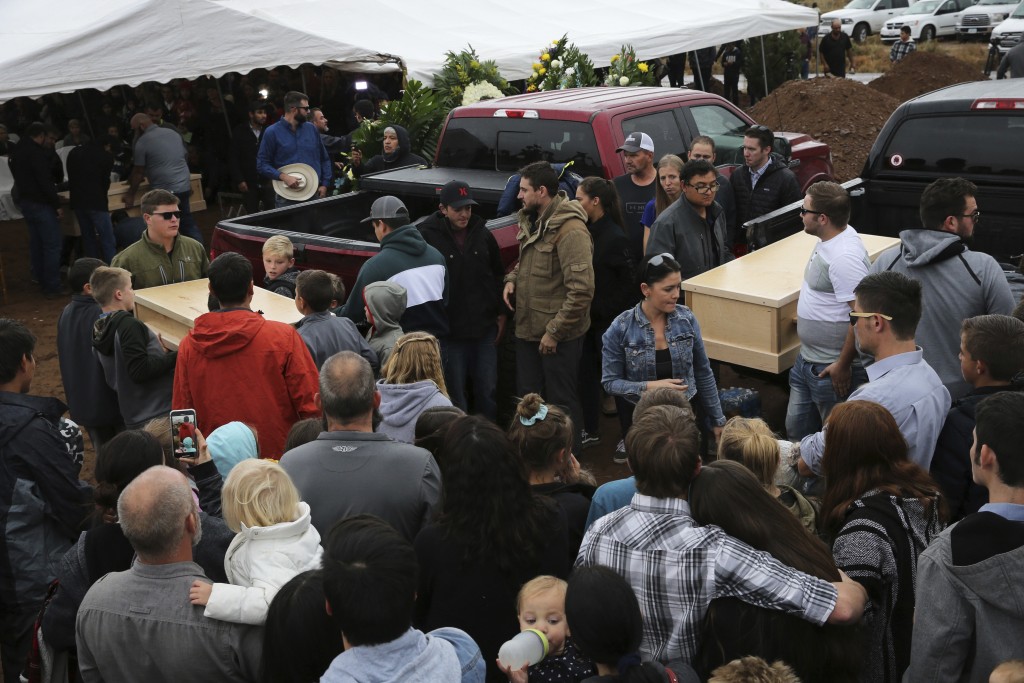 COLONIA LEBARON, Mexico (AP) — Family and friends prepared to bury on Saturday the last victim of a cartel ambush that slaughtered nine American women and children from a community of U.S.-Mexican dual citizens in a corner of northern Mexico where having gangsters in their midst has long been an unavoidable fact of life.

Christina Langford Johnson jumped out of her vehicle and waved her hands to show she was no threat to the attackers and was shot twice in the heart, community members say. Her daughter Faith Marie Johnson, 7 months old, was found unharmed in her car seat.

Her burial ceremony, the third in as many days, culminates an outpouring of grief in the closely knit community with family ties in two Mexican states and across the border in many western U.S. states.

The shocking attack has many in the small farming town of La Mora, established in Sonora state by their Mormon ancestors decades ago, wondering whether they should stay or leave to flee the cartel threat.

On Friday, the bodies of Rhonita Miller and four of her children were brought from La Mora to Colonia LeBaron in neighboring Chihuahua state by a convoy of pickup trucks and SUVS that followed the same dirt-and-rock mountainous road where they were killed. Many residents of the two communities that lie a five-hour, bone-jarring drive apart are related. They are not affiliated with The Church of Jesus Christ of Latter-Day Saints.

The three simple wooden coffins arrived at the cemetery about a mile east of Colonia LeBaron off a rural road flanked by cotton fields and were lowered into three graves under white tents set up to guard from the intermittent rain.

"Nita," as she was affectionately known, was laid to rest in the middle grave with the remains of her 8-month-old twins, Titus and Tiana, in her arms. Twelve-year-old Howard Jr. and 10-year-old Kristal were buried in their own coffins on either side.

Kenny Miller, Rhonita Miller's father-in-law, said she was "like an angel" and the children "little angels."

Miller said that with the eyes of the world upon these communities, he hopes their deaths may not be in vain and can spotlight what he deems a nationwide concern with thousands of Mexicans mourning missing and dead loved ones amid record-setting homicide levels.

"We've got terrorists here," he said.

"I would like this to be used for people who have no voice," Miller said, "and I think 'Nita' would approve wholeheartedly."

What had been a largely peaceful existence in a fertile valley ringed by rugged mountains and desert scrub about 70 miles (112 kilometers) from the border with Arizona became increasingly dangerous in recent years as the cartels exerted their power and battled each other in a region that is a drug smuggling hotbed.

But La Mora, a hamlet of about 300 people where residents raise cattle and cultivate pomegranates and other crops "will be forever changed" following the killings Monday as the women traveled with their children to visit relatives, a tearful David Langford told mourners at the funeral for his wife, Dawna Ray Langford, and their 11-year-old and 2-year-old sons.

"One of the dearest things to our lives is the safety of our family," said Langford. "And I won't feel safe. I haven't for a few years here."

On the other side of the mountains in Chihuahua, Colonia LeBaron has been largely peaceful since the 2009 killing of one of its members who was an anti-crime activist prompted Mexican authorities to establish a security base. But the police presence in La Mora was negligible until the women and children were killed and authorities sent a swarm of soldiers and state and federal police officers to the area.

How long they stay could be crucial to the community's future, residents said.

The governments of Chihuahua and Sonora said in a statement Friday that an "important number" of security agents had been deployed to the state border region that the road traverses since the "lamentable" attack, resulting in arrests and seizures of weapons, drugs and stolen vehicles.

"We will not waver, I reiterate, not a single step backward," Sonora state security commissioner Óscar Alberto Aparicio Avendaño was quoted as saying.

The motive in the killings still isn't known, though Mexican authorities have suggested the victims were in the wrong place at the wrong time as competing cartels fought over turf and may have mistaken the SUVs the women and children were in for rivals who travel in similar vehicles. Residents of La Mora dispute the theory that the victims were not targeted.

Joe Darger, of Salt Lake City, said his daughter who lives in Utah but maintains a second home in La Mora won't be spending more time in a place that had been part of her family's life, at least for now.

"Until there's answers, she's not bringing her kids," Darger said in La Mora after traveling there to attend the funerals.

The biggest concern for residents is finding out why the women and children were massacred. The answer will help them decide whether to stay or leave.

"I just think the innocence is gone," Darger said. "And so unless people feel safe, they're going to look for other places they can feel safe."

He added: "It's a matter of what do we do going forward? That's the question."