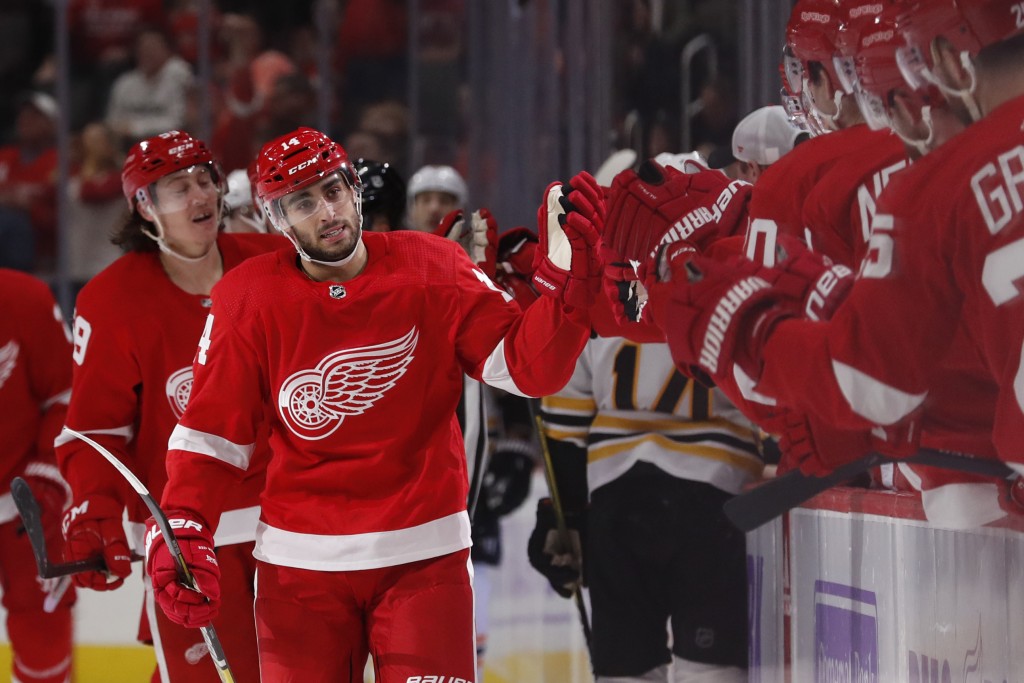 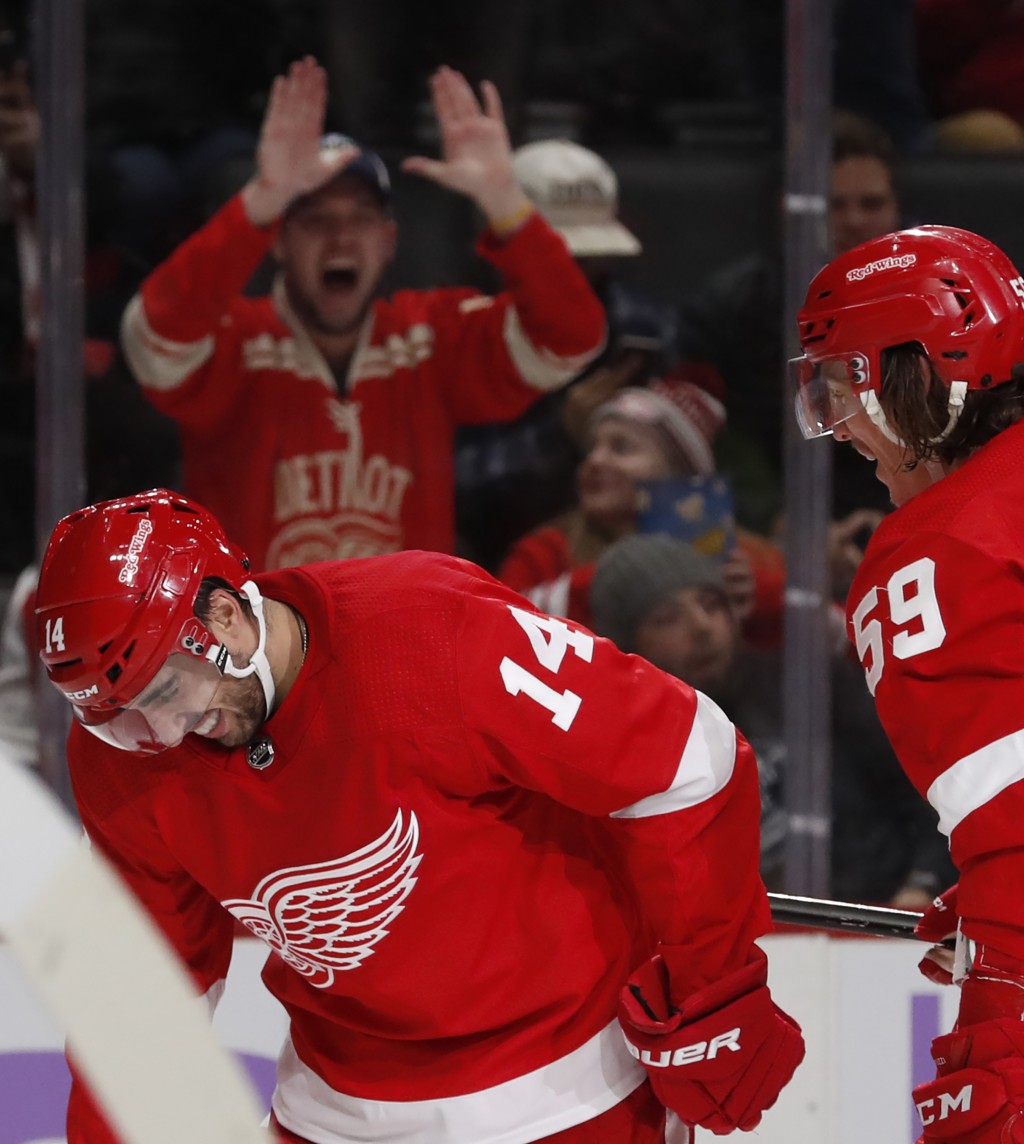 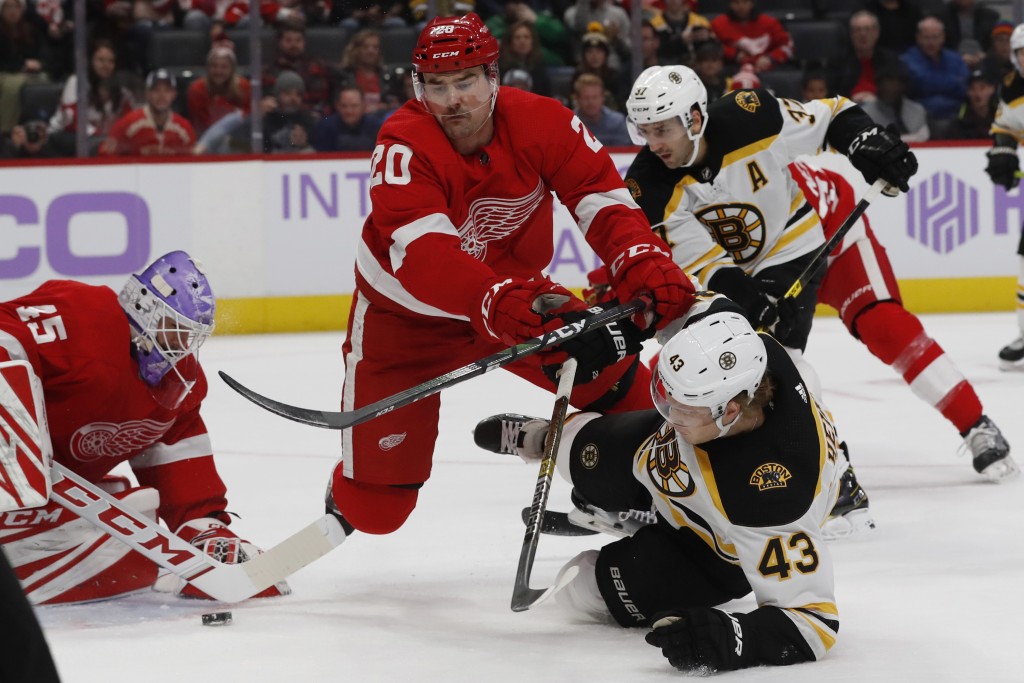 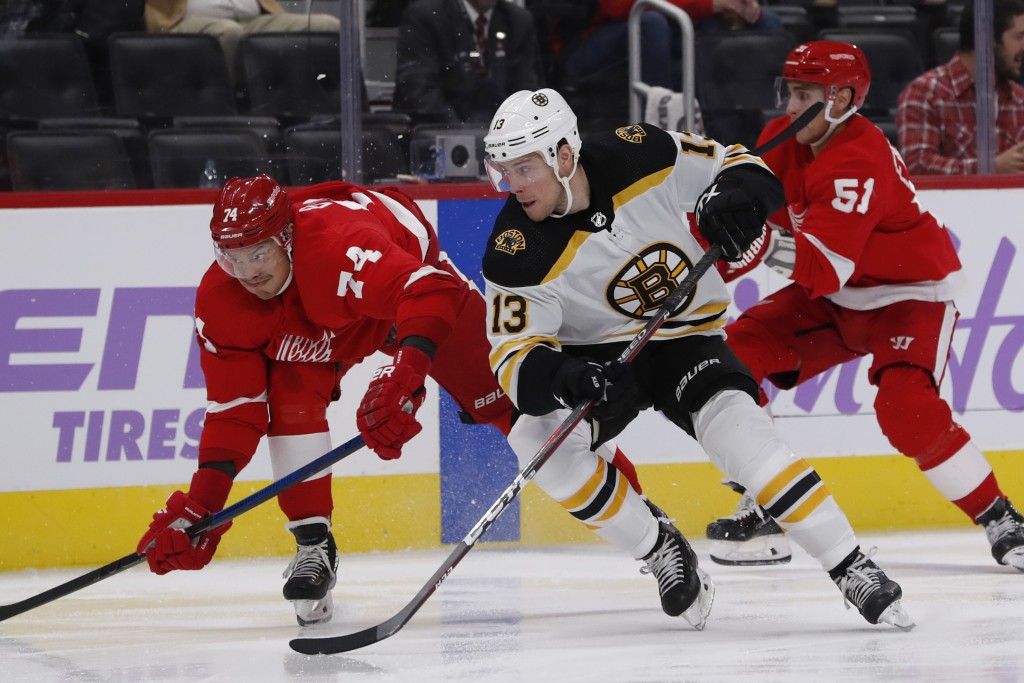 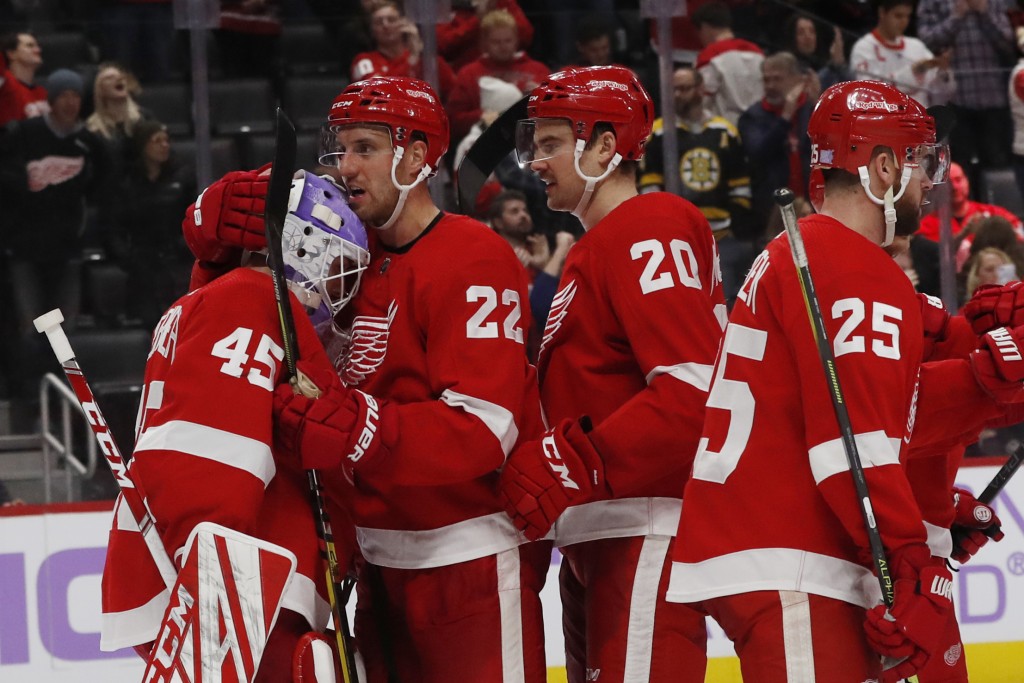 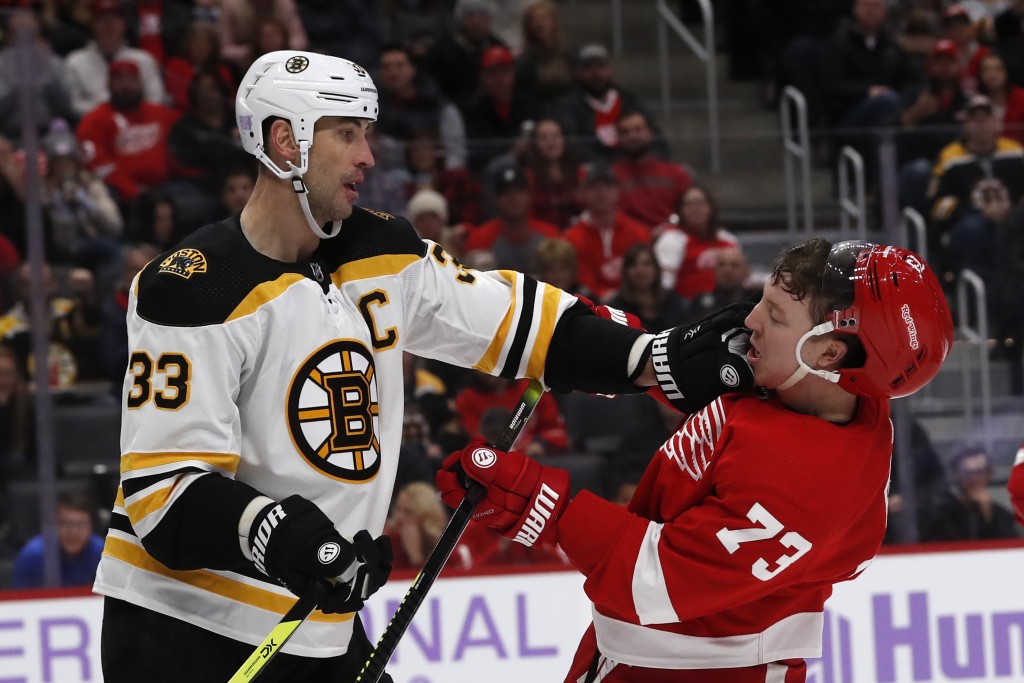 Fabbri was acquired from St. Louis on Wednesday night and quickly got his second and third goals of the season. Dylan Larkin and Anthony Mantha also scored for Detroit, and Tyler Bertuzzi had two assists. Jonathan Bernier stopped 26 shots and also had two assists.

David Krejci had a goal and an assist and Torey Krug also scored for Boston, which lost its second straight. Tuukka Rask made 28 saves.

David Pastrnak got an assist to stretch his career-best point streak to 14 games (15-16-31) for the Bruins.

Krug's power-play goal with 2:08 left in the second period pulled the Bruins to 3-2. He beat Bernier on a screened wrist shot from the point for Krug's third goal.

Krejci opened the scoring just 1:09 into the game when his innocent-looking shot from the left dot beat Bernier.

Larkin tied it just 1:32 later when his attempted pass from the side of the net went in off the skate of defenseman Zdeno Chara. It was Larkin's fifth goal.

Fabbri's power-play goal with 8:11 left in the first period gave the Red Wings a 2-1 lead. He scored on a one-timer from the inside edge of the left circle.

Fabbri's second goal, also a power-play effort, provided a two-goal edge 1:30 into the second period. He scored on a one-timer from the inside edge of the left circle for his third of the season.

NOTE: Boston F Jake DeBrusk did not play because of a lower-body injury and was replaced in the lineup by F Peter Cehlarik, who was recalled from AHL Providence on Thursday. ... Detroit D Mike Green returned after missing three games with an illness.