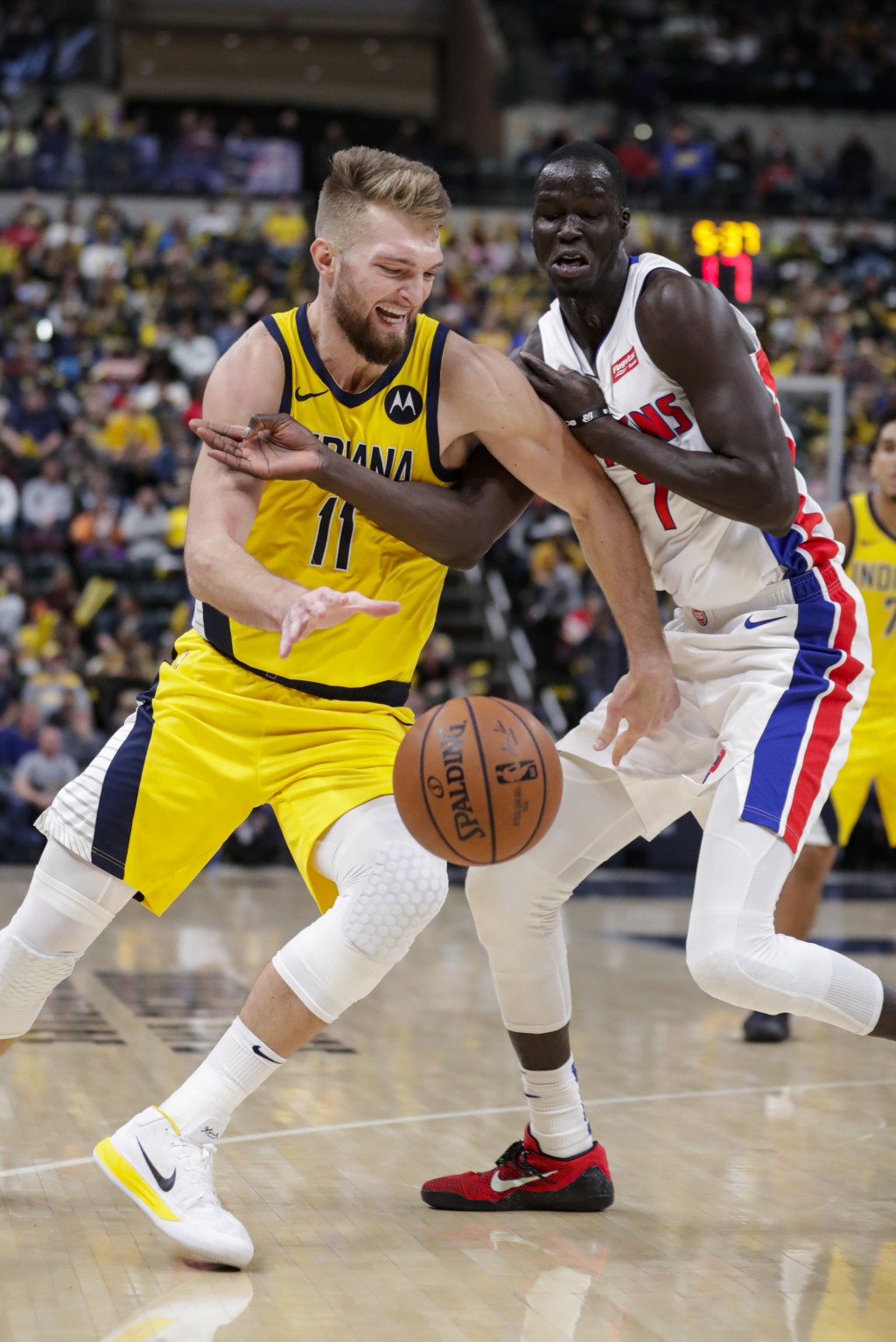 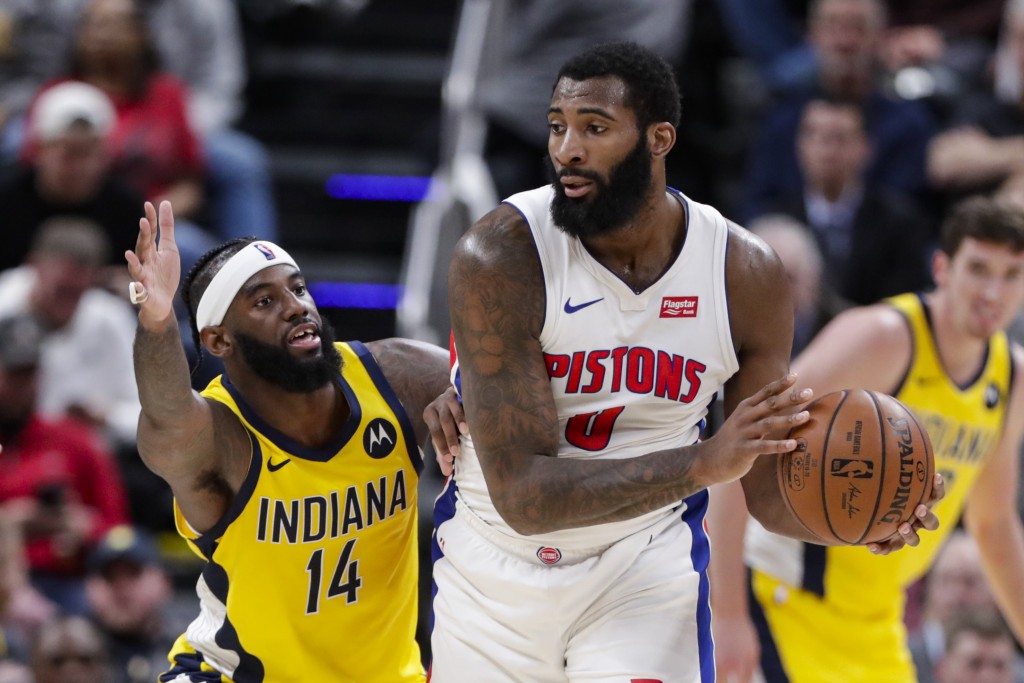 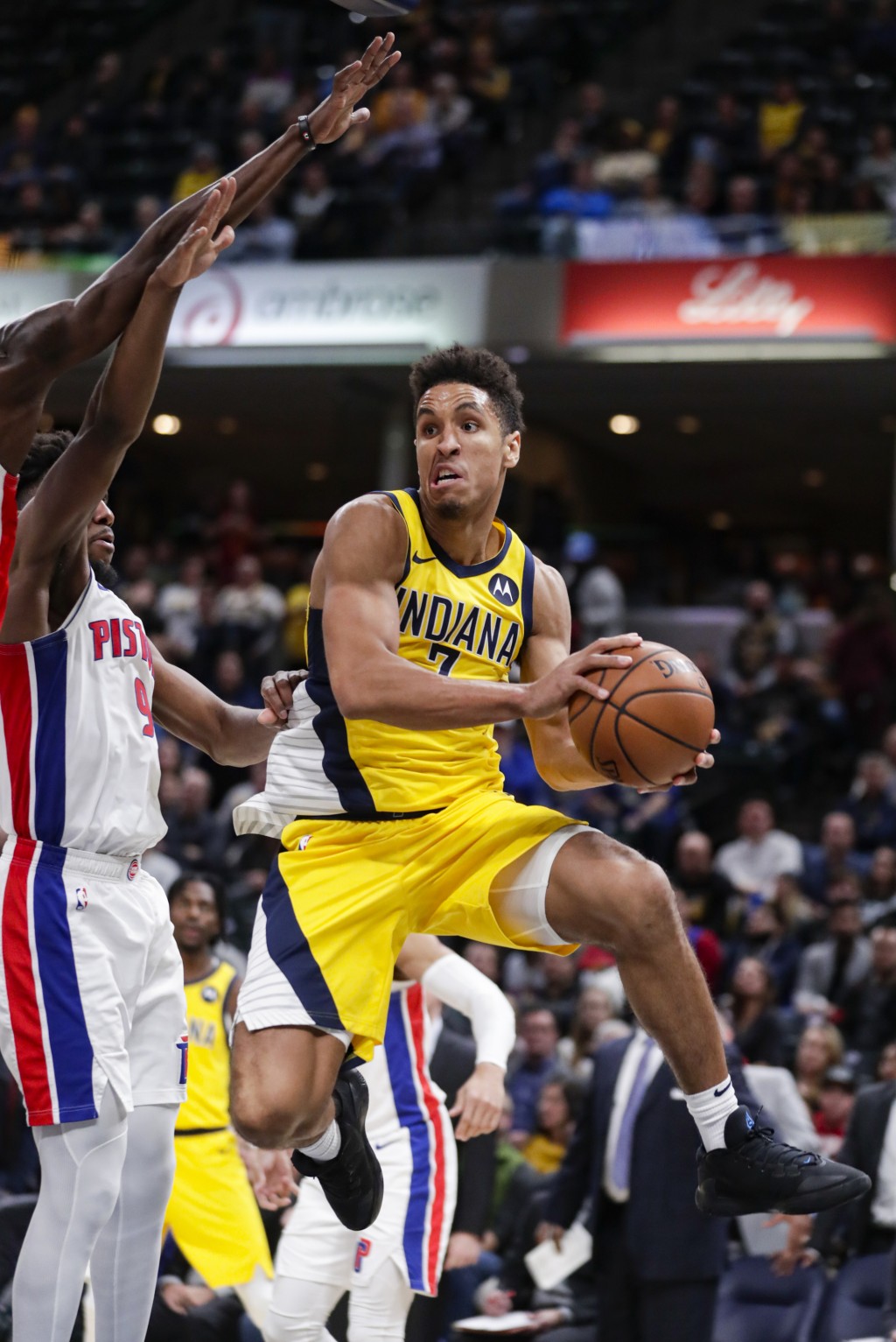 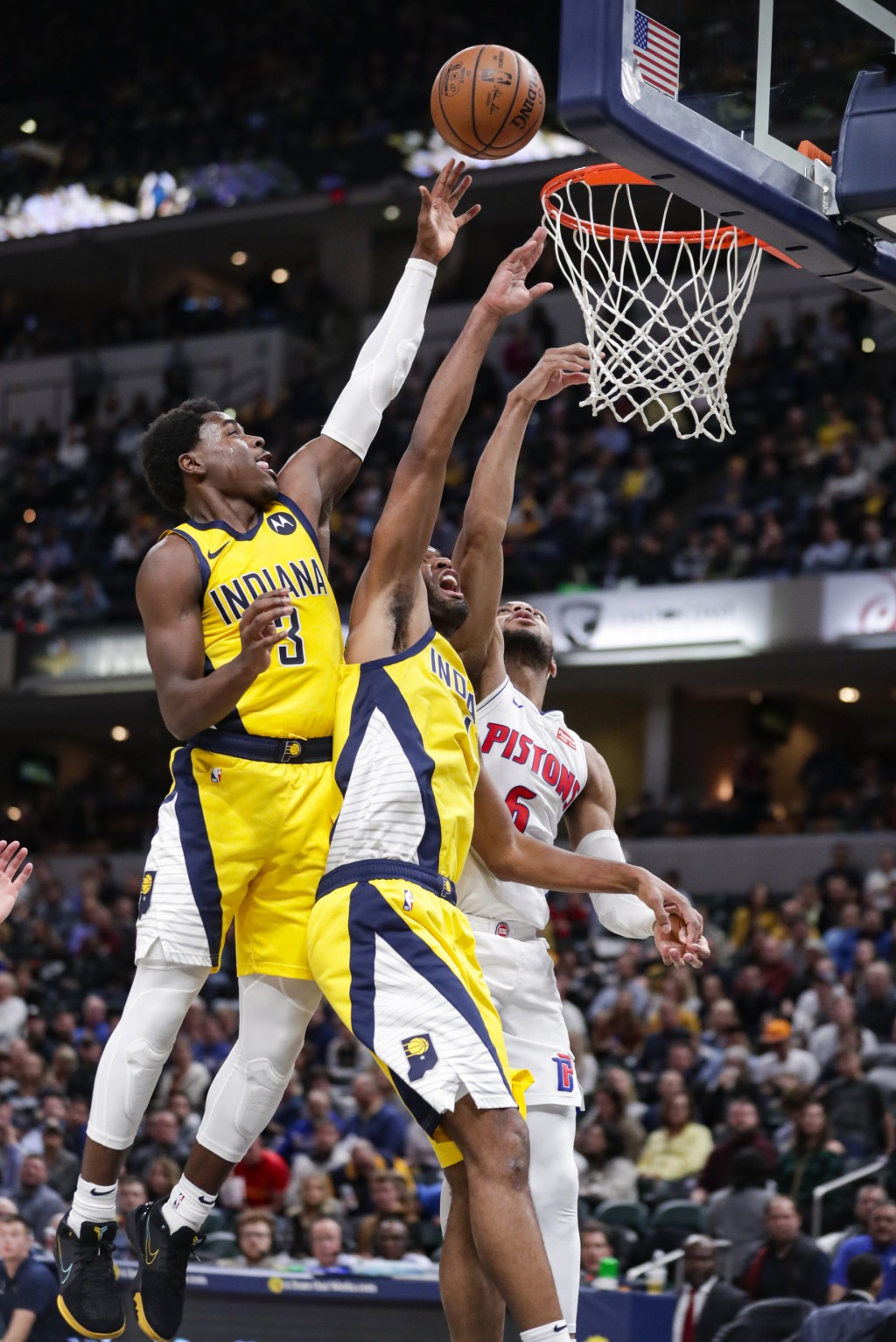 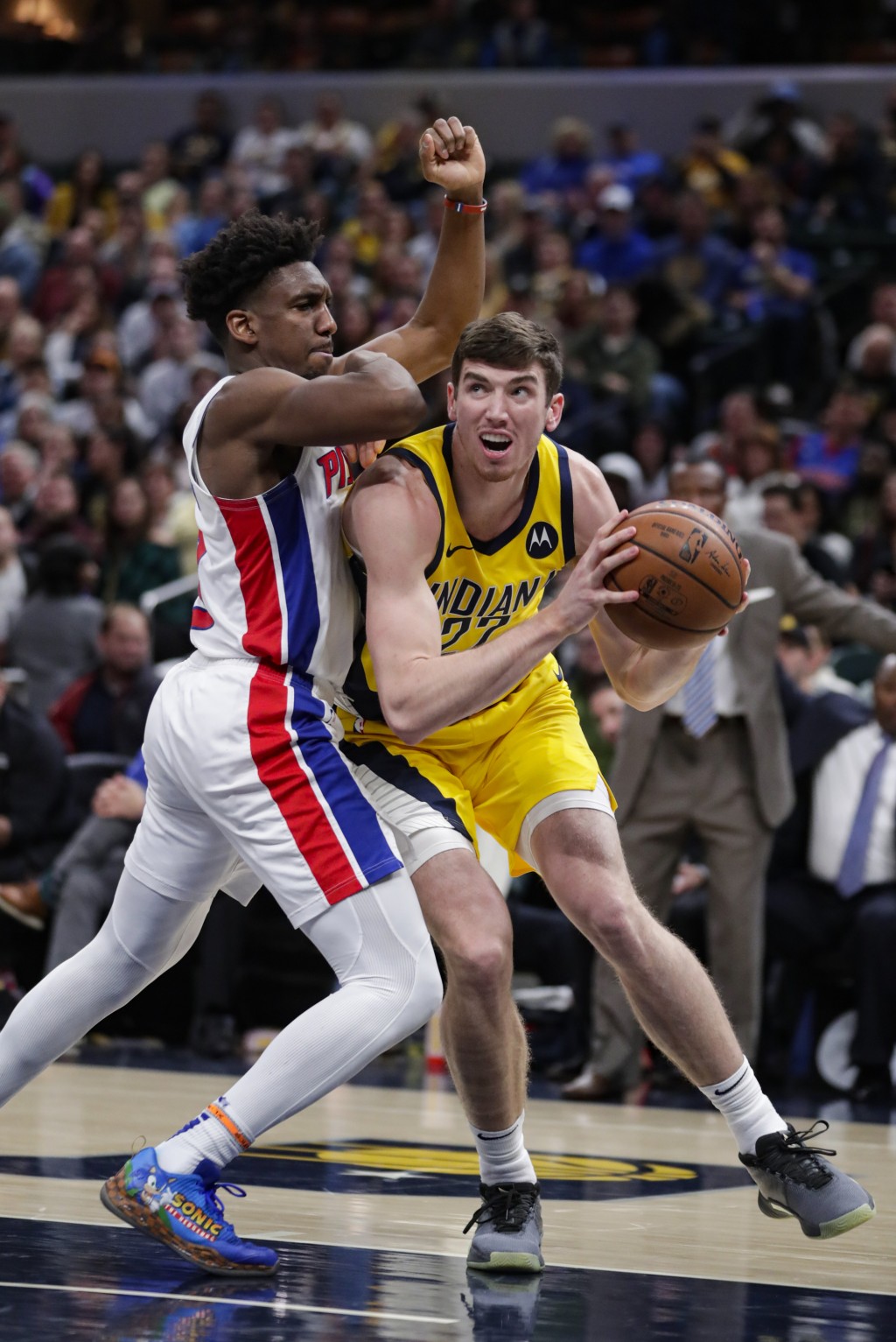 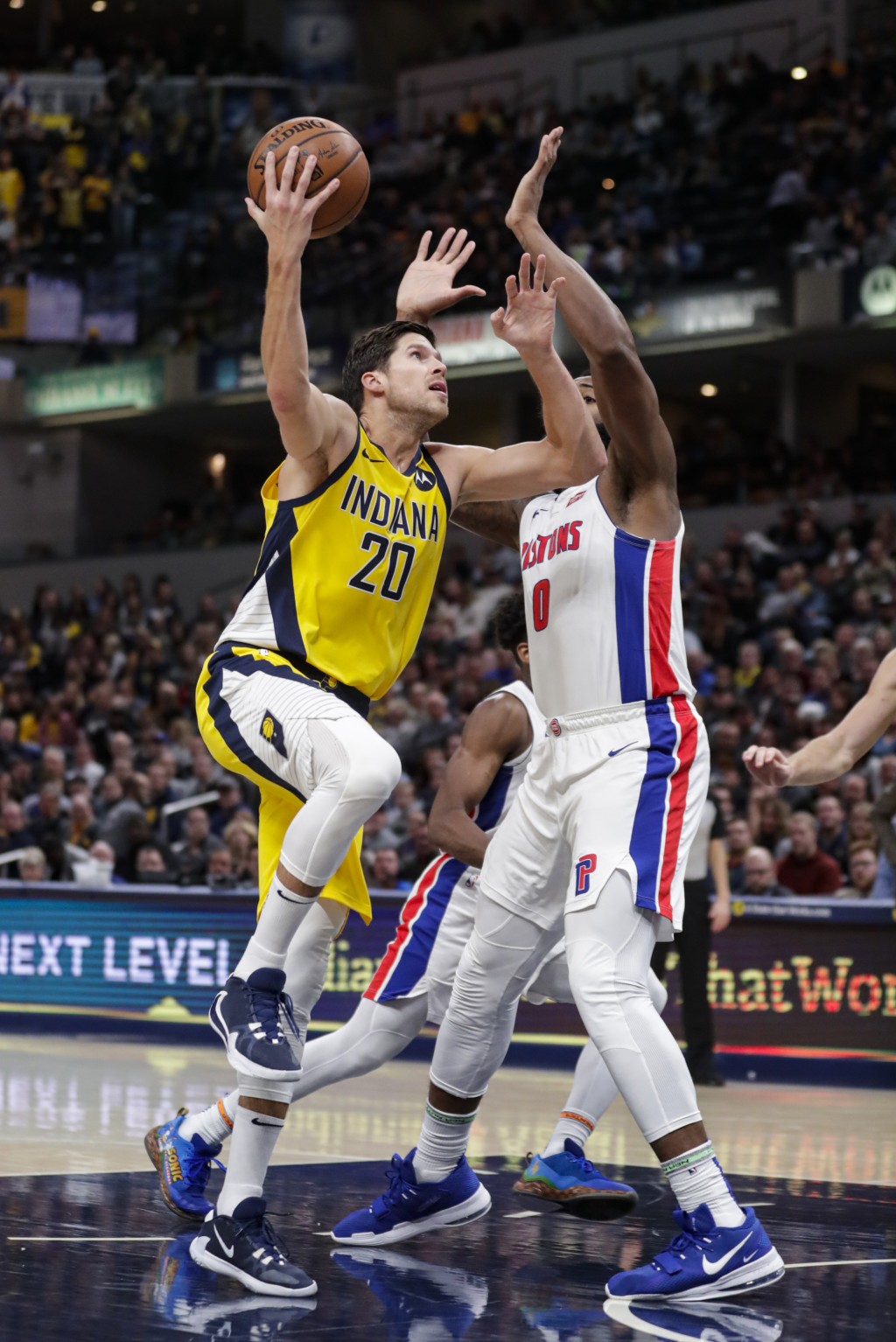 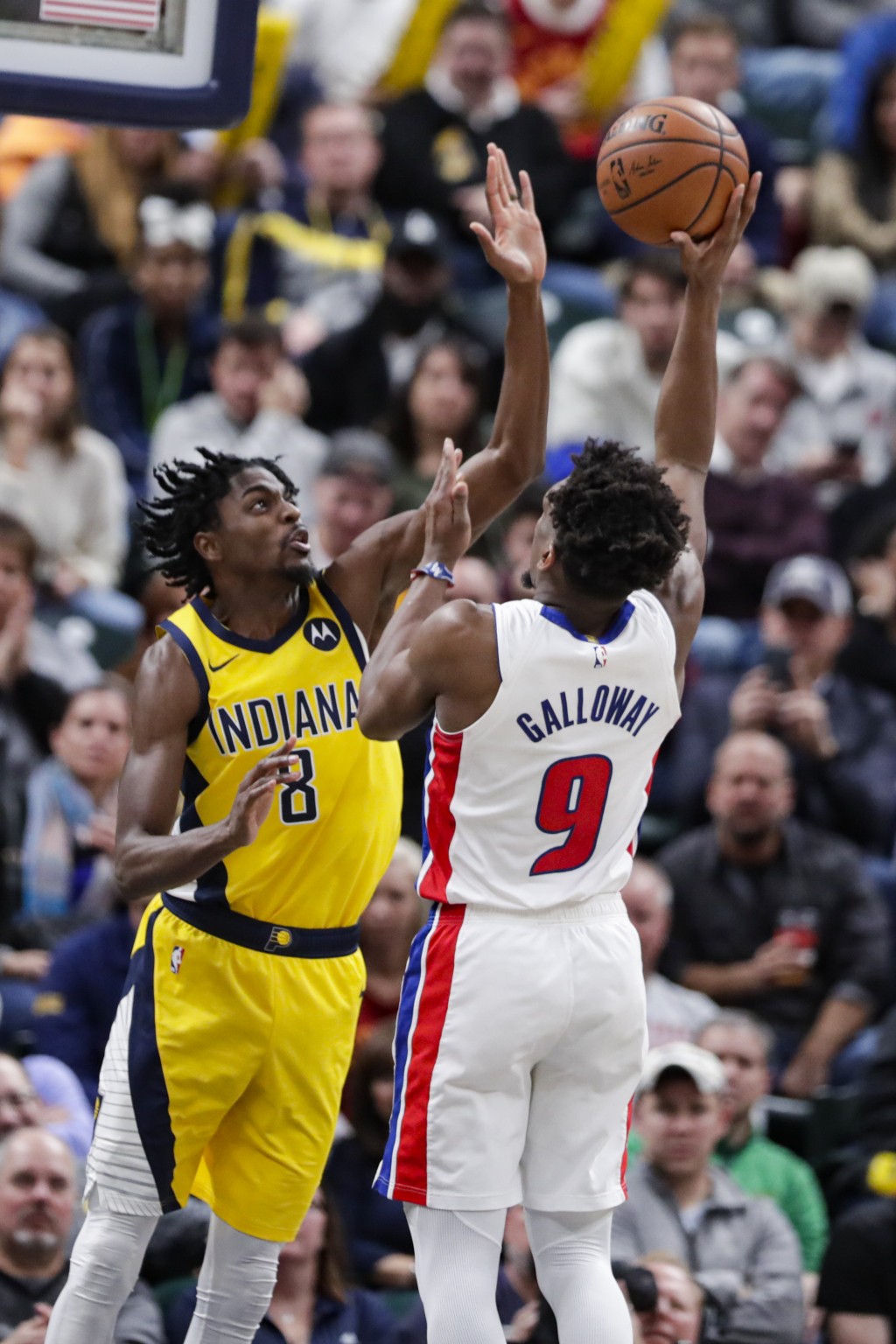 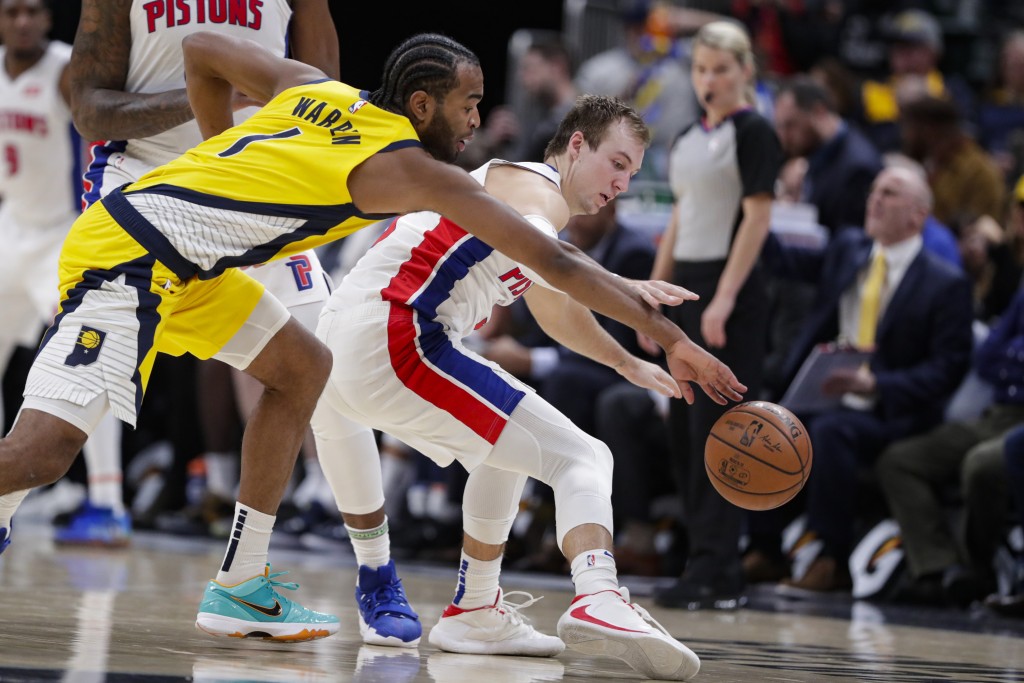 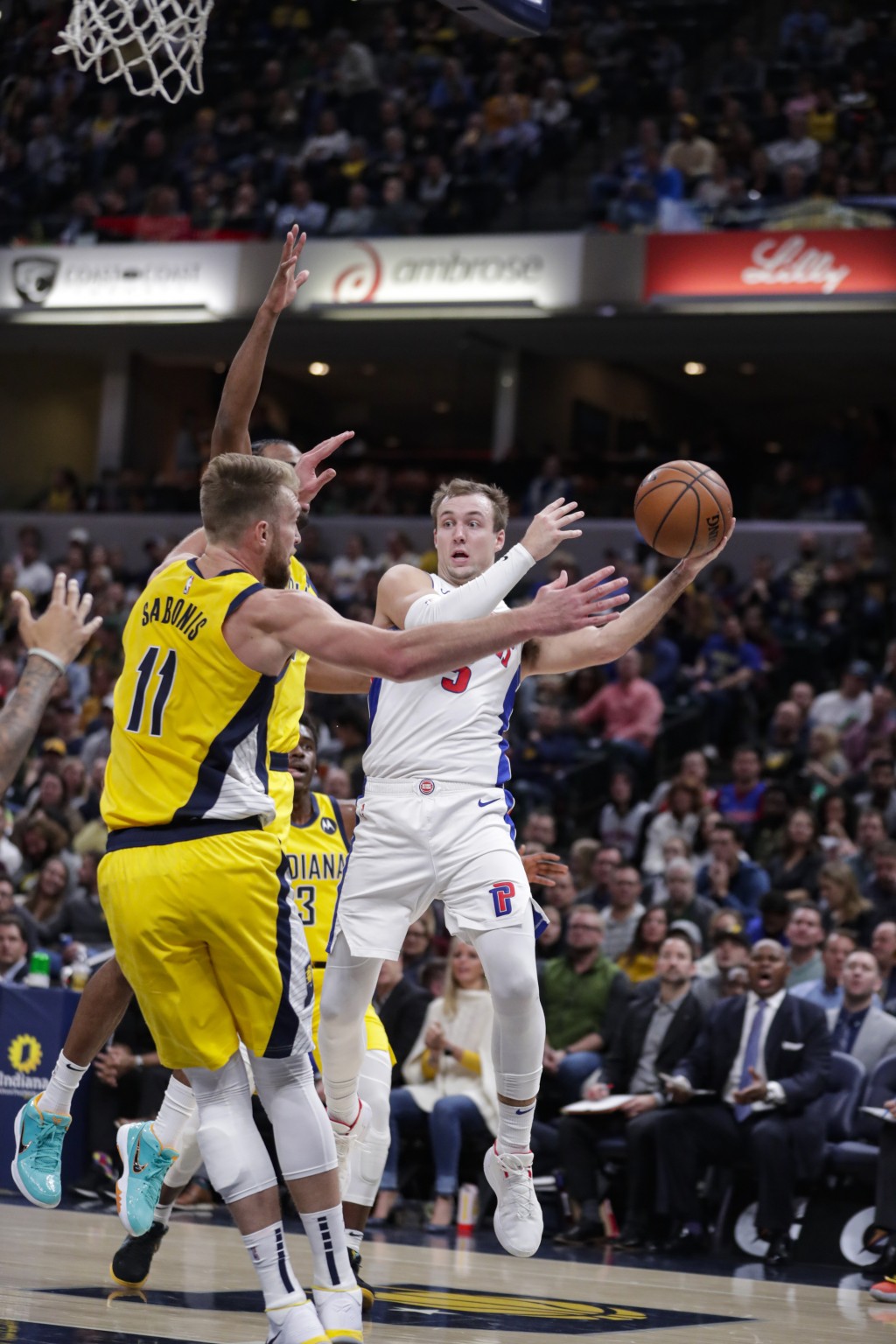 INDIANAPOLIS (AP) — T.J. McConnell, Domantas Sabonis and T.J. Warren scored 17 points apiece, and the injury-riddled Indiana Pacers moved above .500 for the first time this season with a 112-106 win over the Detroit Pistons on Friday night.

After trailing by 15 points in the first quarter, the Pacers turned the game around and led by as many as 17 points in the third quarter. Indiana has won five of six after starting the season 0-3.

McConnell, who finished one point shy of his career high, added nine assists and five rebounds, spearheading a bench effort that accounted for 51 of the Pacers' points in a game in which the team shot at least 50% from the field for just the second time this season.

Detroit had already defeated the Pacers twice, with Drummond averaging 25 points and 20.5 rebounds in those games. Indiana found a way Friday to slow the two-time All-Star — foul trouble.

Drummond picked up his third foul with 4:31 remaining in the first half and sat the rest of the way. Indiana outscored the Pistons 14-2 in that span and led 57-53 at intermission.

The Pacers opened the third quarter with an 11-2 run, causing Detroit coach Dwane Casey to use a timeout. Shortly after play resumed, two more baskets stretched Indiana's lead to 17, and the Pistons never got closer than six.

Kennard missed a 3-pointer with 14 seconds left that would have drawn Detroit within three.

Pacers: Warren was assessed a Flagrant 1 for his offensive foul with 2:15 left in the contest. Making both free throws off the flagrant, the Pistons added a 3-pointer for a rare five-point possession. ... Sabonis added 14 boards and six assists. ... The team's video board showed former NFL quarterback Trent Green in attendance. Green played college football at Indiana in the 1990s. He received a round of applause.